Luigi & Iango capture the many colors of Mina Mazzini in ‘UNA CANZONE‘ for Vogue Italia October 2018. This exquisite edition is an ode’ to the artistry of extreme. Creativity was the connective theme as each performance permeated every aspect of Mina’s existence. She wasn’t merely a unique woman, she was an artist looking for avenues of expression. A legendary singer. Popular in the 1960’s/70’s, her voice capture the heart of Italy, where she remains to this day one of it’s precious daughters. She was a walking, talking work of art. Ahead of her time is an understatement, she was an avant-garde amalgamation. Always willing to go to the next level. Hers was never just a song to be sung, it was an experience to be had. Forever Mina honors this celebrated artist by dedicating the entire Issue to her unique career. To appreciate the momentum of fashion forward application, is amazing. But, to understand her unending need to explore through expression is utterly fascinated. From the bearded lady to the famed cake-hat, she was a compelling creature. Known for her strong voice (a three octave range), this woman gifted the world with her. To understand the compelling nature of Mina is to be willing to go outside the norm. She was an enigma. Driven by forces beyond.

Erin Parsons explores the paradoxical nature of this individual. Her makeup honors the era, while giving it a modern twist. Guinevere van Seenus makes a dramatic change, from an alien like queen covered in white body-paint/crystals, to a beautiful woman wearing a beard. Parsons projects the famed eyes of Mina by highlighting varied applications of sans brows. The absence of which she became known for. Remington Williams captures the cover with stunning aplomb. The facial paint could be seen extreme, but, instead comes off oddly natural. To understand the compelling nature of Mina is to be willing to go outside the norm. She was an enigma. Driven by forces beyond our understanding. Parson’s played with the idea of what I call shadow boxing. By using cosmetics that altered the landscape of her face, she amped up the conceptual play. She copied Mazzini’s famed twist by completely erasing the brow-line. Dark color formed a high arc, creating a shadow dimension below. Utilizing the graphic momentum she continued around the lower line. The look is dynamic. Hyper-Futuristic yet strangely familiar. There’s a indescribable element these facial applications. They have life. Art should never be alarming. It should inspire and delight in ways you could not have conceived. It should strike you in a way that can’t be ignored. Here we have a glimpse into the life of Mina Mazzini. Talented beyond words and actively ahead of her time. How the details of her life has played out doesn’t seem to me to be all that confusing. She had a small amount of time where she could offered forth her distinct take and unique talent.

Patti Wilson redefines the designs by honoring the original inspiration. Each image is both complex and compelling. Giving us a modern take on a high fashion twist, she fuses details from historic couture. This simultaneously takes us back to the height of her career while it imagines a place way beyond. The essence of Mina erupts as unique looks give us a source of inspiration. Remington revs things up in a ridiculously, cool, color-blocked dress/overcoat, while Seenus gets slinky in disco pink, showing us fashion can be high fun. Karen Elson gives us a hit of double-headed couture, with a frilly gown made to delight the senses. Patti uses a plethora of ruffled wares, letting Elson explore the singer’s light side. Hailed a Phenom of Haute Coiffure. Luigi Murenu’s uncommon talent helps to simultaneously transform and blend. To create you must be willing to conquer. Change is a process of evolution, with every editorial he deigns to deliver coiffed designs that revolutionize the way we view modern hair. He excels at keeping hair consistent with styles that exude the era’s intent. Remington’s braid climbs up the back of her hair landing on top, while Phillip Mayberry’s tight braid gives way to his theatrical face. However, here the hair show goes to Guinevere. Luigi doesn’t just throw facial hair on her like some sort of bearded lady. Instead he uses the same consistency of her natural hair to make the illusion more complete. The application technique is phenomenal. Allowing us to really suspend our disbelief.

Natasa Vojnovic centers the story with a powerful picture of her pregnant belly burgeoning out from under a black cape. The look is exquisite. Her makeup honors the theme, while her calm demeanor captures Mina’s unique quality. In one of the most exquisite editorials I’ve witnessed this year, I find myself lost in the panacea of hope. A throwback to the days of high fashion proper. Here we celebrate the art of avant-garde modeling. A far cry from what we see today. She moves through each scene like an animal eyeing it’s prey. Evolving through the change, from a metamorphosis to a mutation each look is an elevation of innovation. Mina was a woman ahead of her time.  She was electric. Truly an original! Her progressive take on the merging of sound and sight made her an progressive in the world of pioneering music. 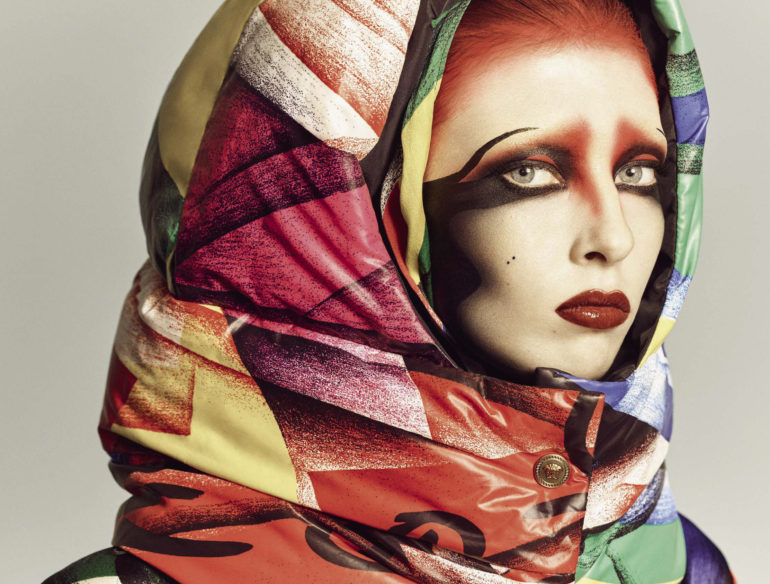 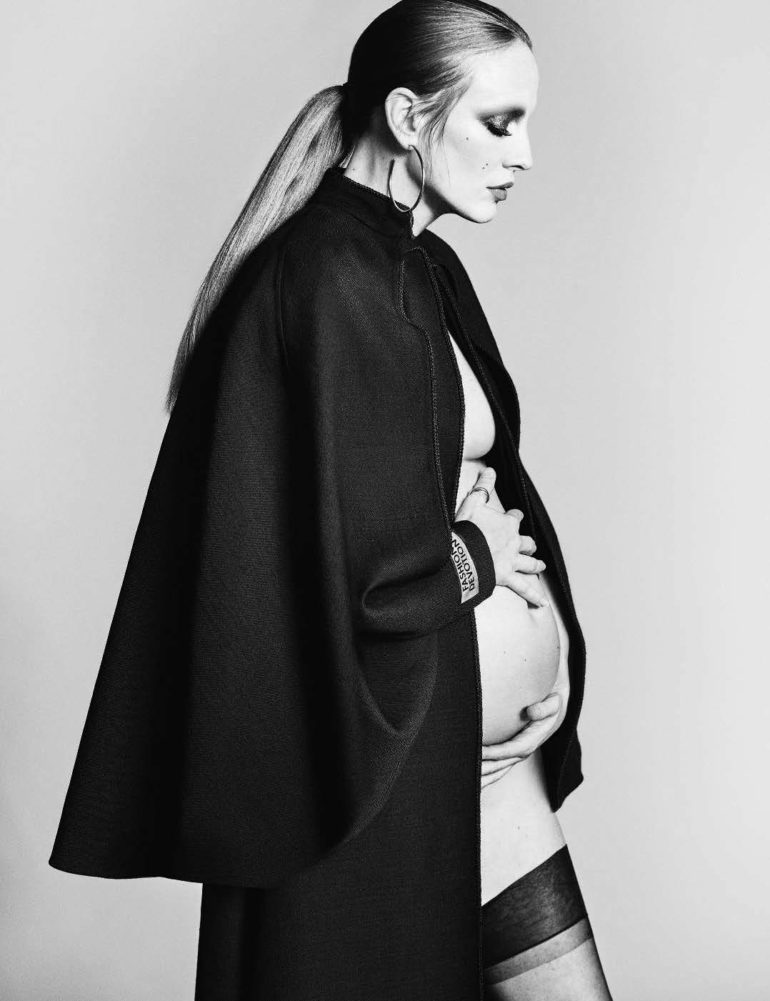 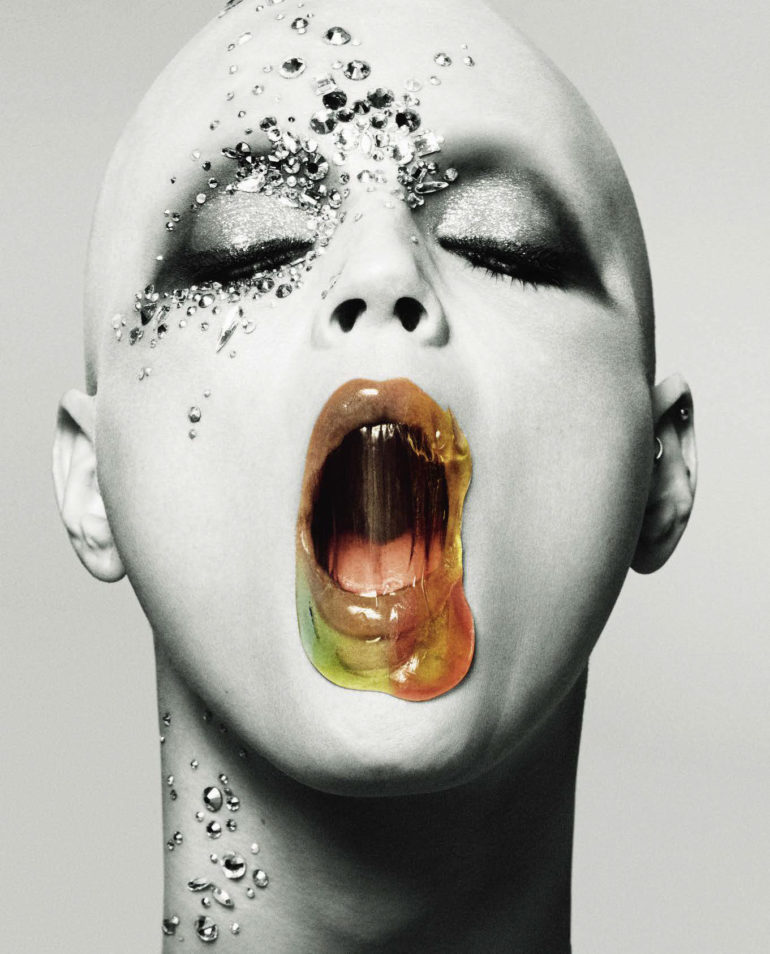 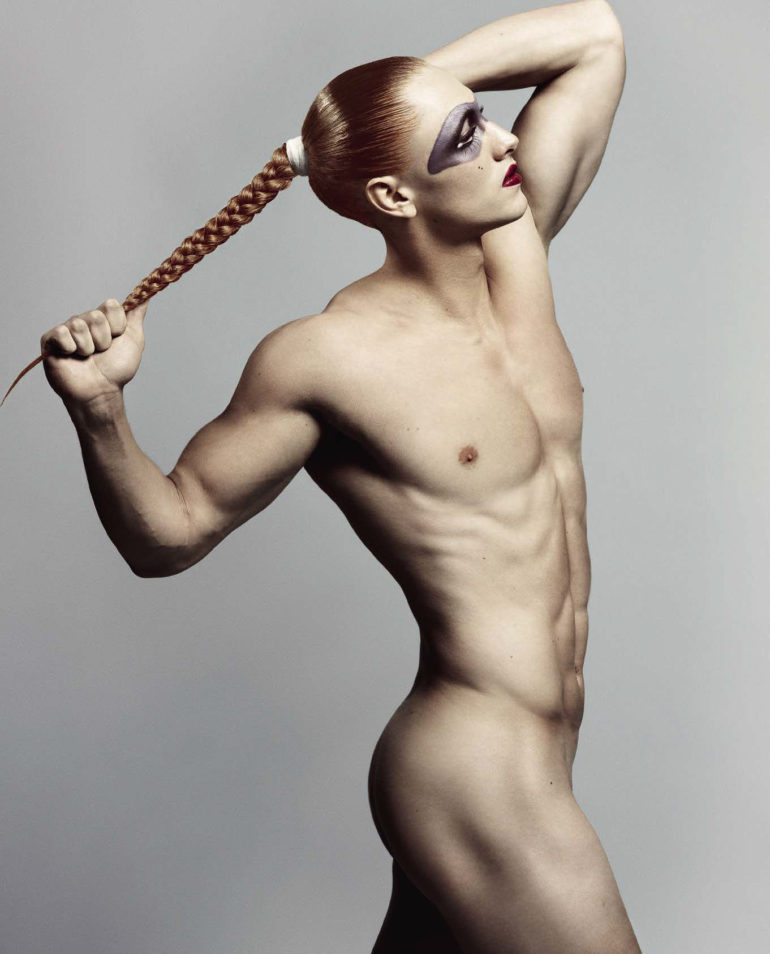 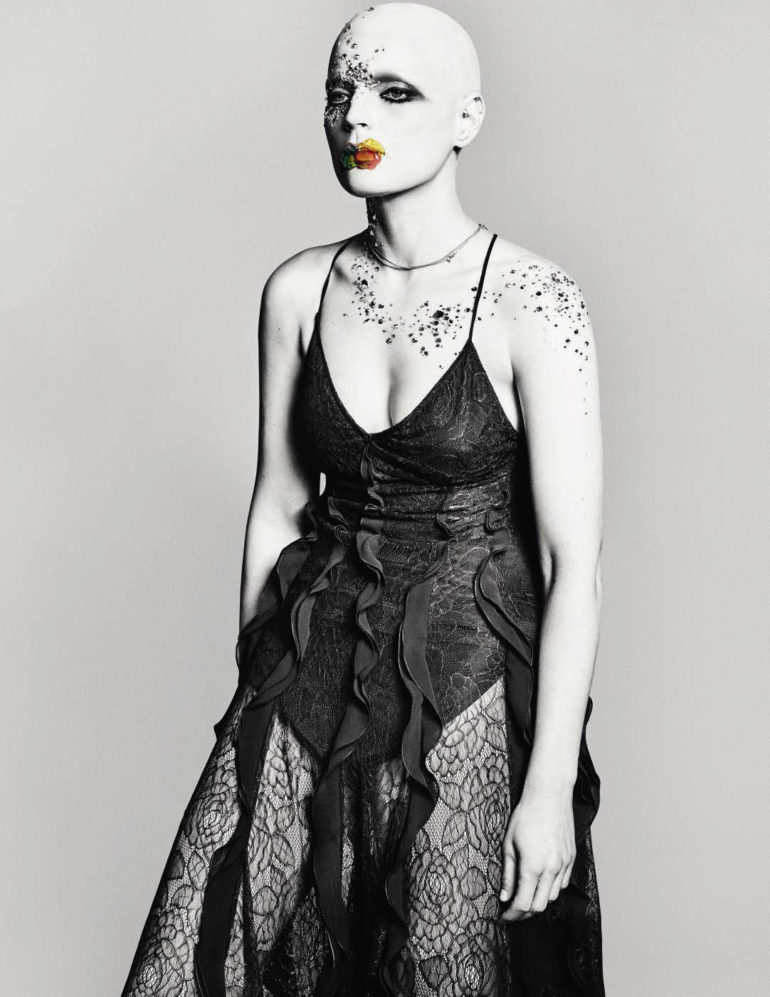 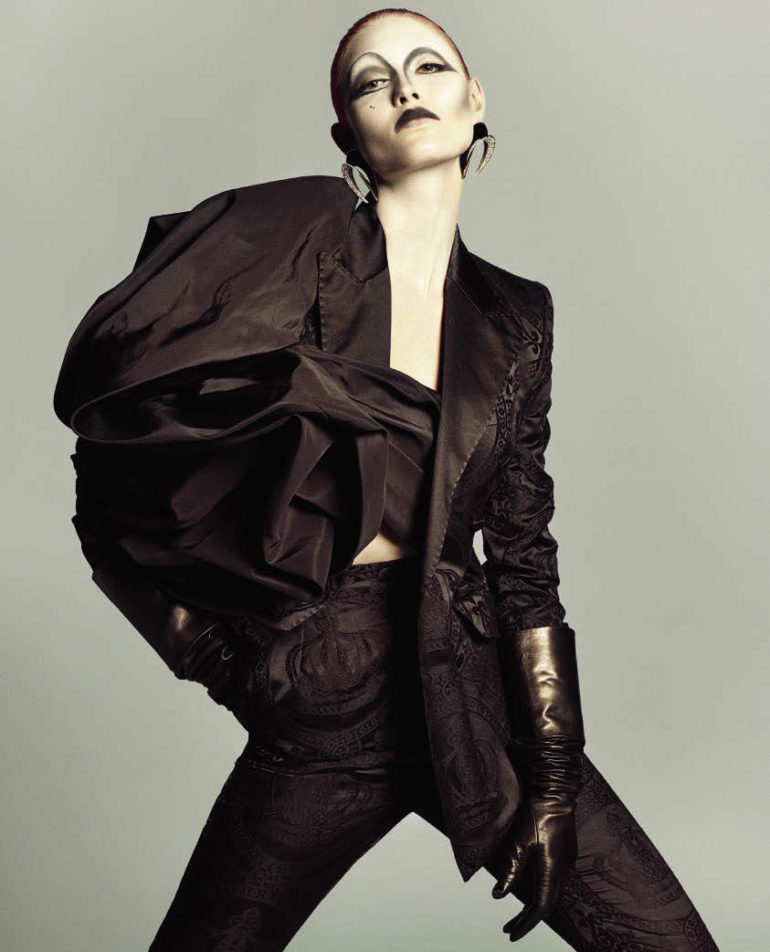 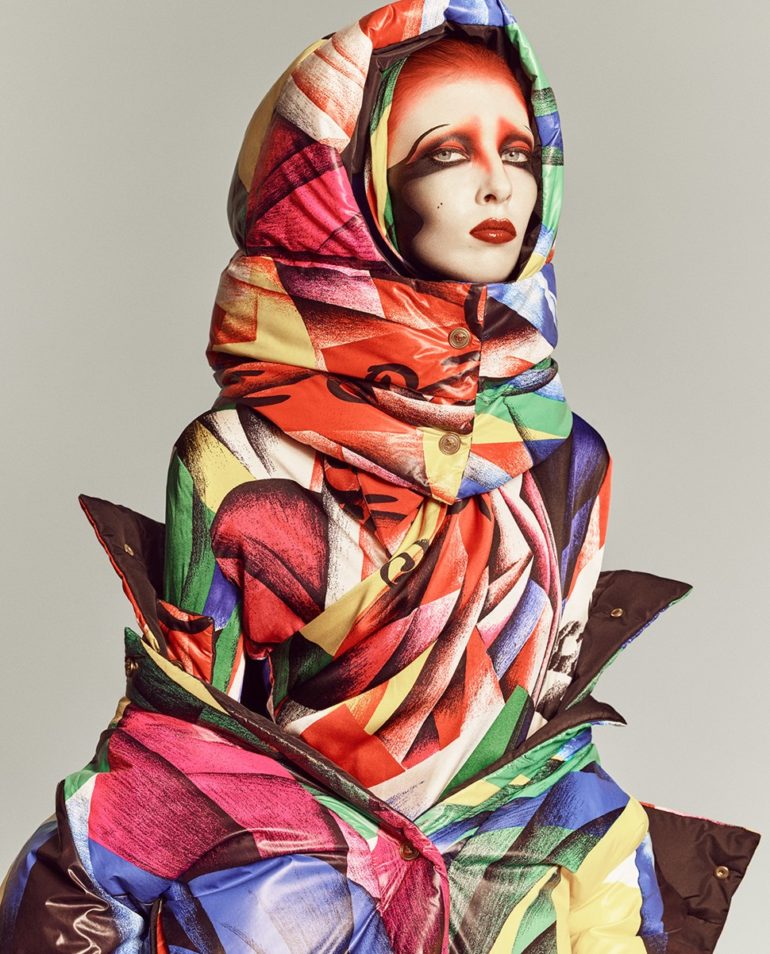 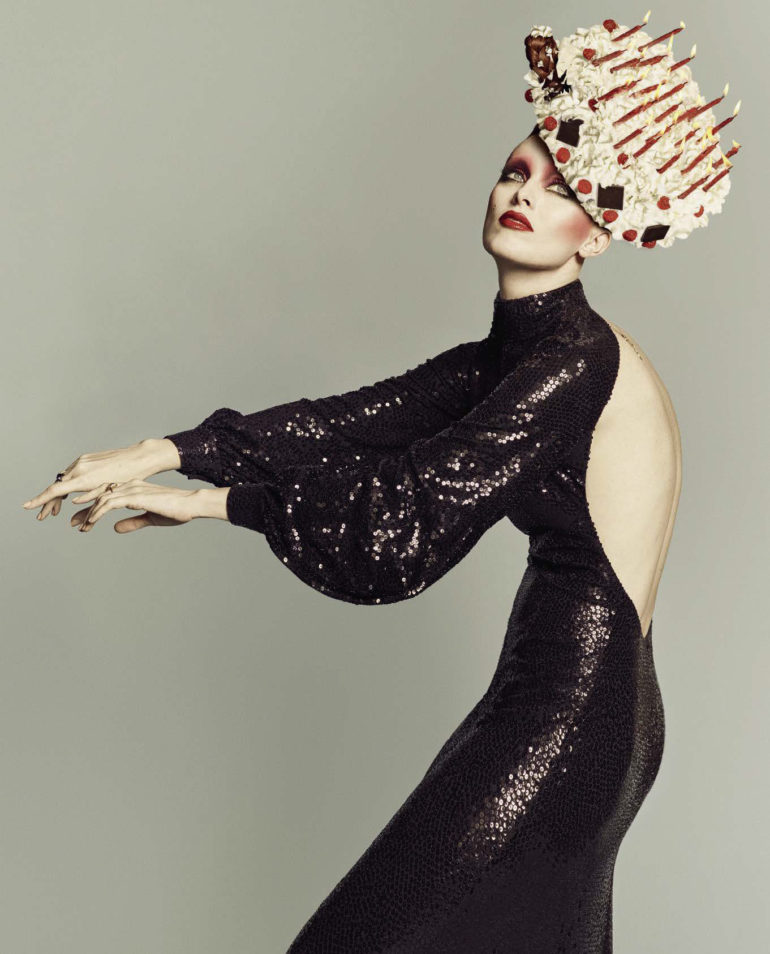 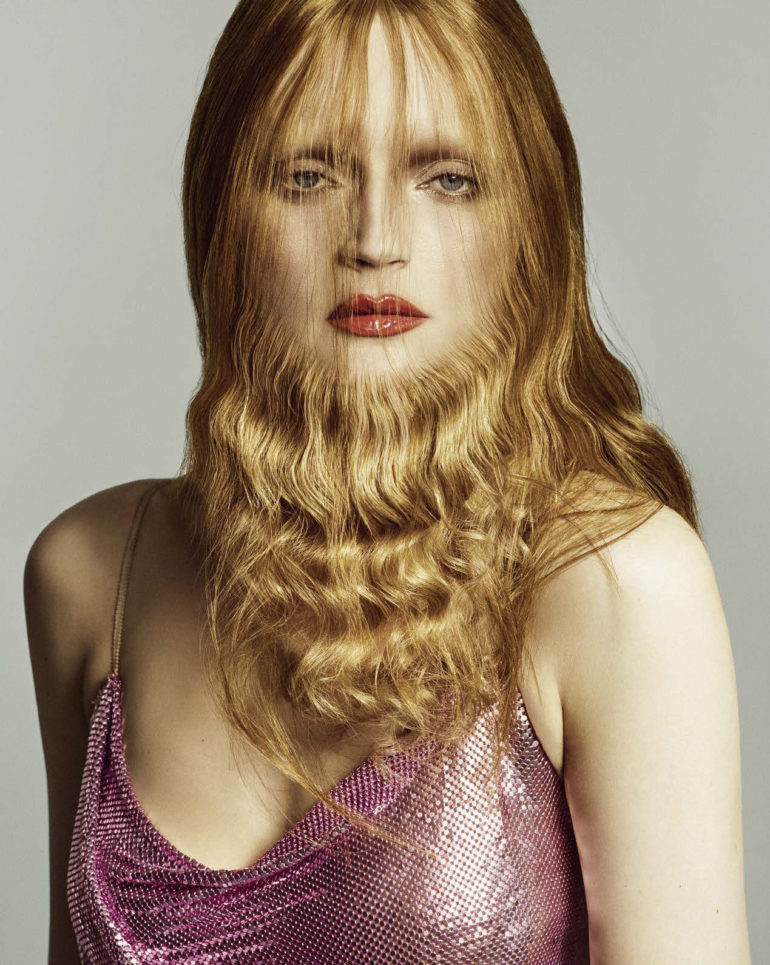 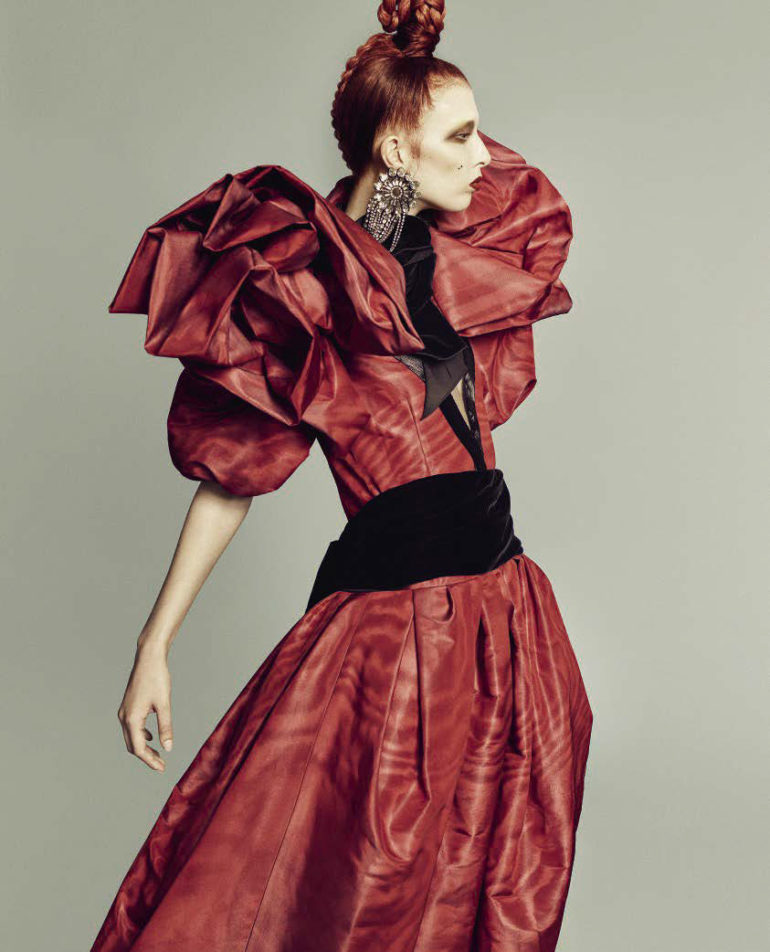 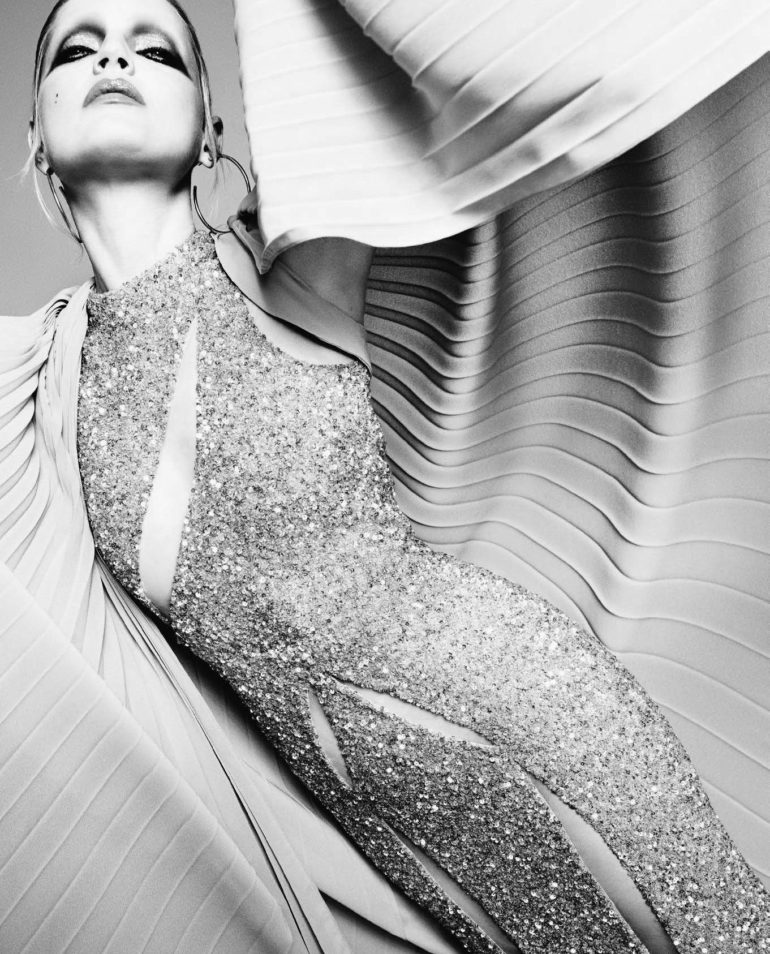 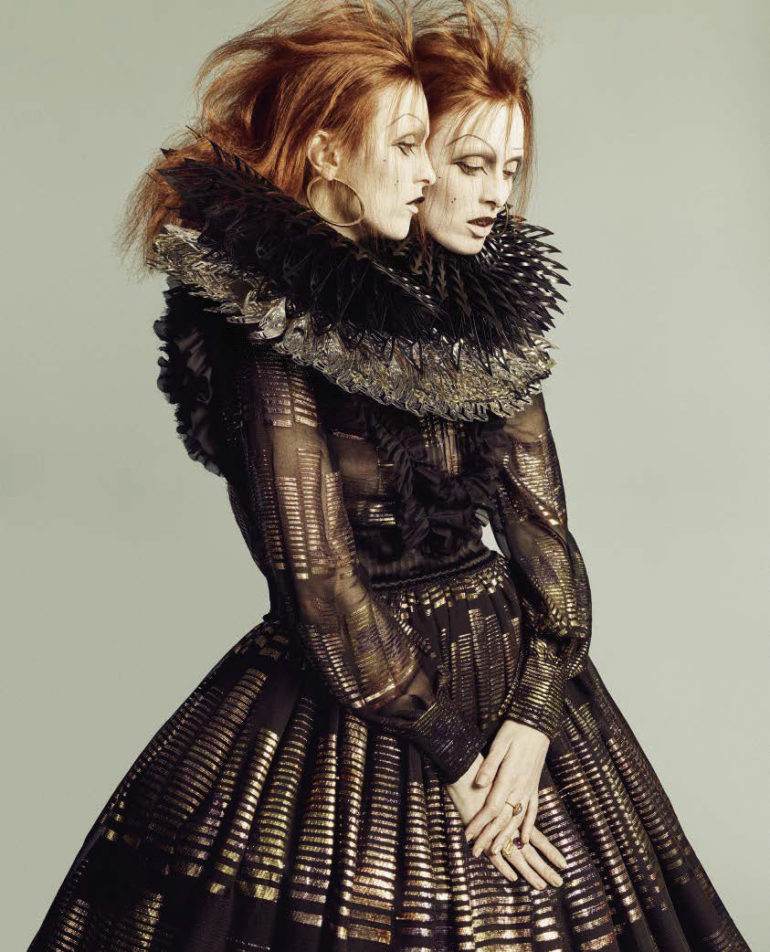 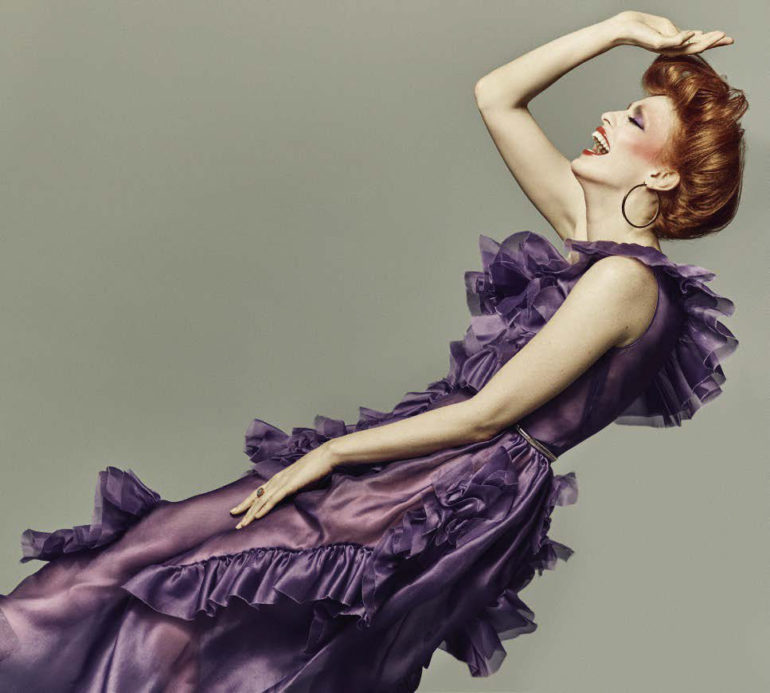 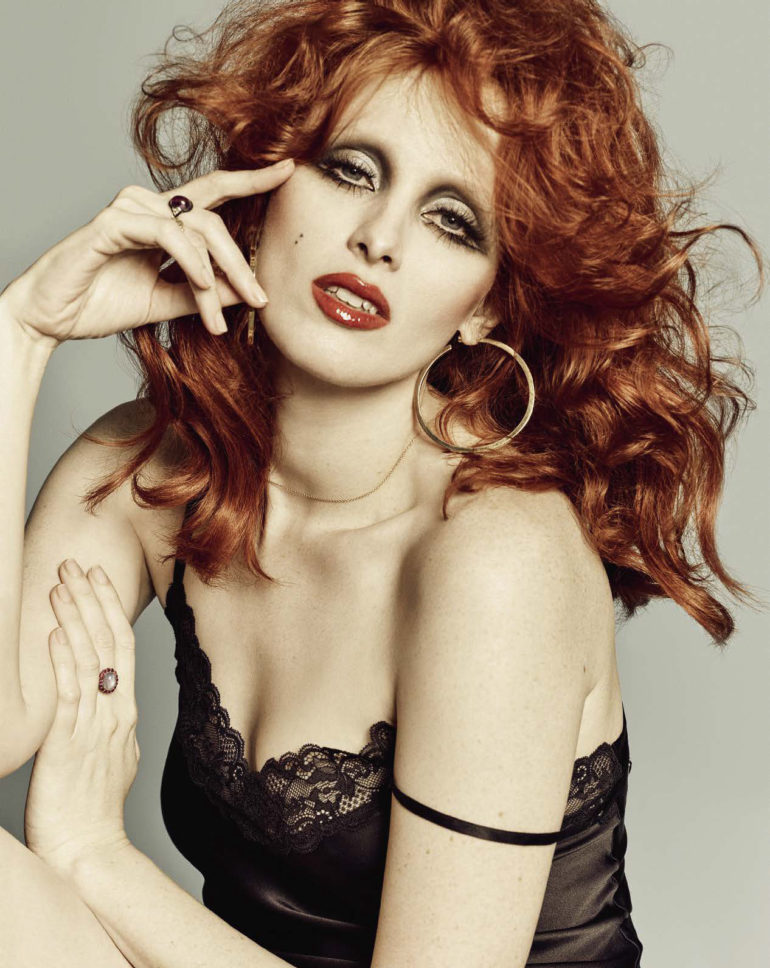 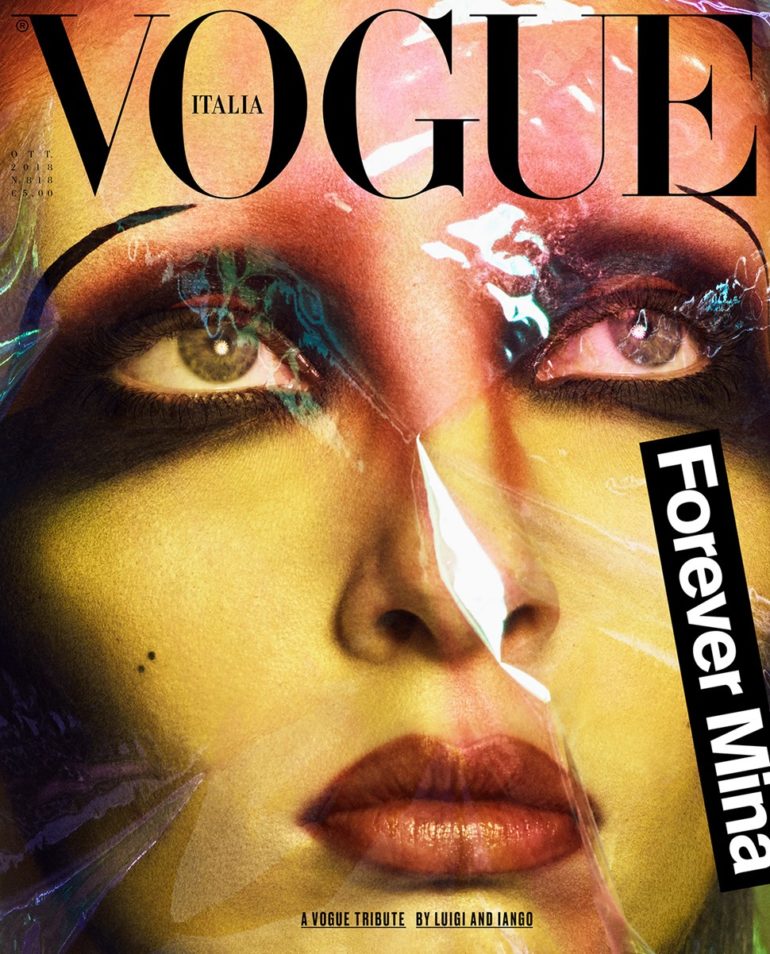 Art Is Eloquence In the Making, A Dance of the Sublime

Ventriloquy Fairs Quite a Show Vittoria is One with Role