Josephine Skrivers in ‘The Female Gaze’ by Kat Irlin for FASHION Magazine, March 2019

Josephine Skrivers gives great shape in ‘The Female Gaze‘ shot by Kat Irlin for FASHION Magazine, March 2019. The age of empowerment has returned with a bang, as we celebrate the beauty of being bold. The Glamorous Amazon caught rise in the 80’s, as Thierry Mugler turned many a young woman into fearless females. Rising from the ashes of oppression we are witness to the wonder. Peering over the dense city below, Josephine poses at the roofs edge, finally able to see her place in this big world. Courage captivated the many corners of couture with dressing designed to define strength. Not just a high fashion moment, this was a movement defined by the desires of many. Mugler’s Grand Amazon embraces the Art of the Queen. These images are straight from 80’s, yet driven with enough power to take them into another century.

Thierry Mugler: Couturissime Exhibit will be shown at the Montreal Museum of Fine Arts, March 2019. This retrospective is set to honor the era 1973 – 2001. His fashion forward designs are meant to both inspire and incite as they devour and delight. Stylist, Anna Katsanis, honors the man, the myth and the legend with an exquisite editorial that pays tribute to ideas on the edge. I think the mistake that many made with Mugler was in trying to define him. He’s always been an outlier whose work is provocative and unapologetic. Designed for women who own their sexuality and power. His female was ahead of her time. In an era when women were trying to separate themselves from the societal norm that had kept them imprisoned for centuries (both figuratively and literally). She was a fighter. The ferocity of this female was never about male enticement, rather, it was a demonstration of empowerment. The curvaceous figure that came to represent her was one of strength personified. With broad shoulders and a pronounced backside, this was the Celebration of She.

To enter the Mugler world is to leave your judgement at the door. Rational acumen will tell you that these are aggressive outfits. Beauty that borders on the extreme. These presentations are meant to incite a sense of spirit. Joseph Carrillo doesn’t shy away from the controversial cosmetics of the past. Instead he honors the original process. Heavy application pays tribute to a bygone era, as subtle shifts move us forward. Building on the individual features we can envision creativity evolving. This makeup montage was designed to play up the vintage angle, while deigning to embrace the avant-garde edge. Carrillo’s process is about highlighting dimensions instead of covering them up. So inspired, his work echoes the pioneering beauty of this moment in haute history. Skrivers’ strong features project perfect form, with angles that need no help in standing out. Dark shadow looms over the lid like a raven ready to fly. Black brows take the shape in a diagonal direction, as winged eyes give the look an otherworldly appeal. Stripes race up the cheeks fueled by retro fire, defining the bones in decade speak. Her mouth screams in shades of scarlet while full lips speak of fierce independence. Standing high on many fine rooftops we can feel her spirit rise.

Extreme shapes are mimicked in hair that defies logic. Dynamic designs don’t stop at the neck, as Dennis Lanni redefines the art of coiffure. A bulbous shape teeters on the edge of the forehead, like an accessory made of haute-hair. Josephine Skriver shows a collection of Victory Rolls unlike we’ve seen, with over-sized sides and sharp structural angels. Done to perfection, each eclectic vision is an amalgamation of expression. She is owns her fierce femininity the same way she struts her strident sexuality. They are all one in the same. That is the message that has changed. We missed the mark the first time this gorgeous creature stepped before us. We were not evolved enough as a society to see beyond our petty prejudices. Now We Know… Women Aren’t Anyone’s Sideshow. Architecture embodies a sense of animation while each detail is dynamic in it’s application. Leading to Liberation. The semblance of symmetry is nothing less than amazing, as each construction is a metamorphosis. 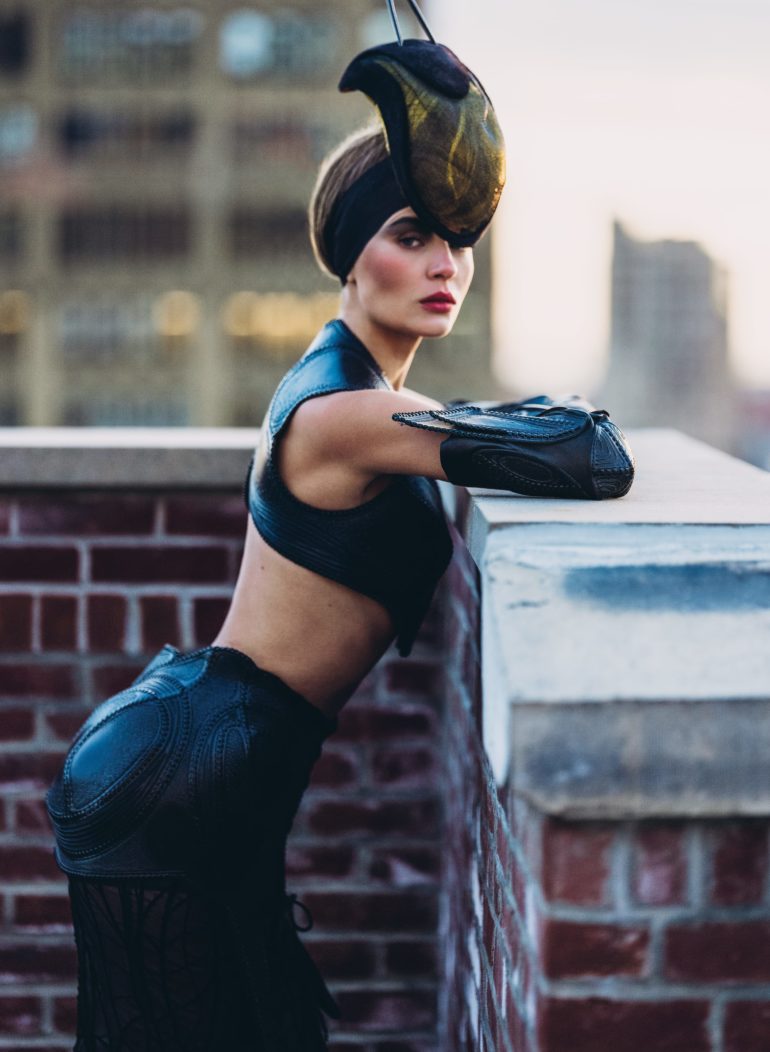 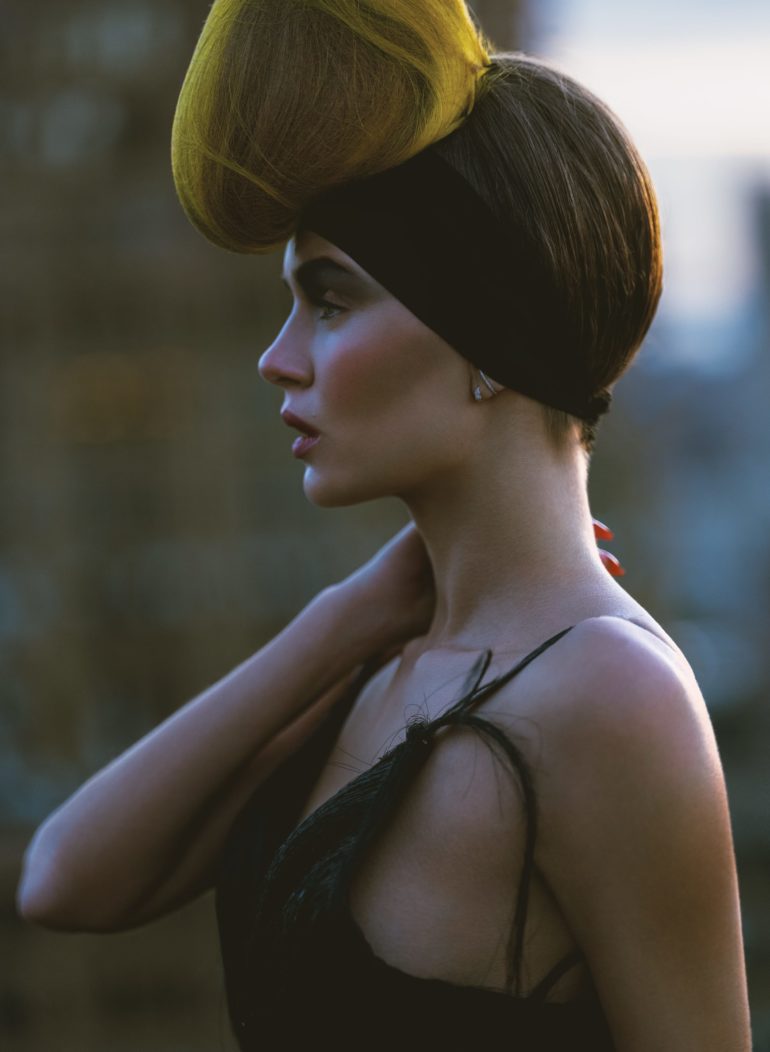 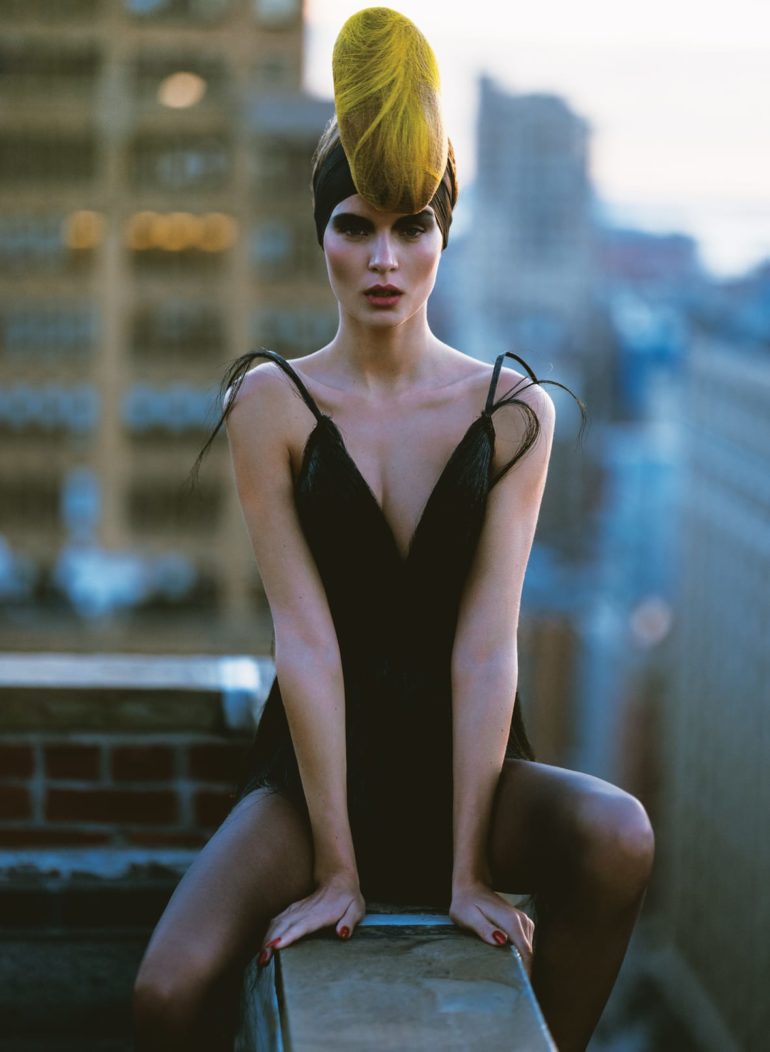 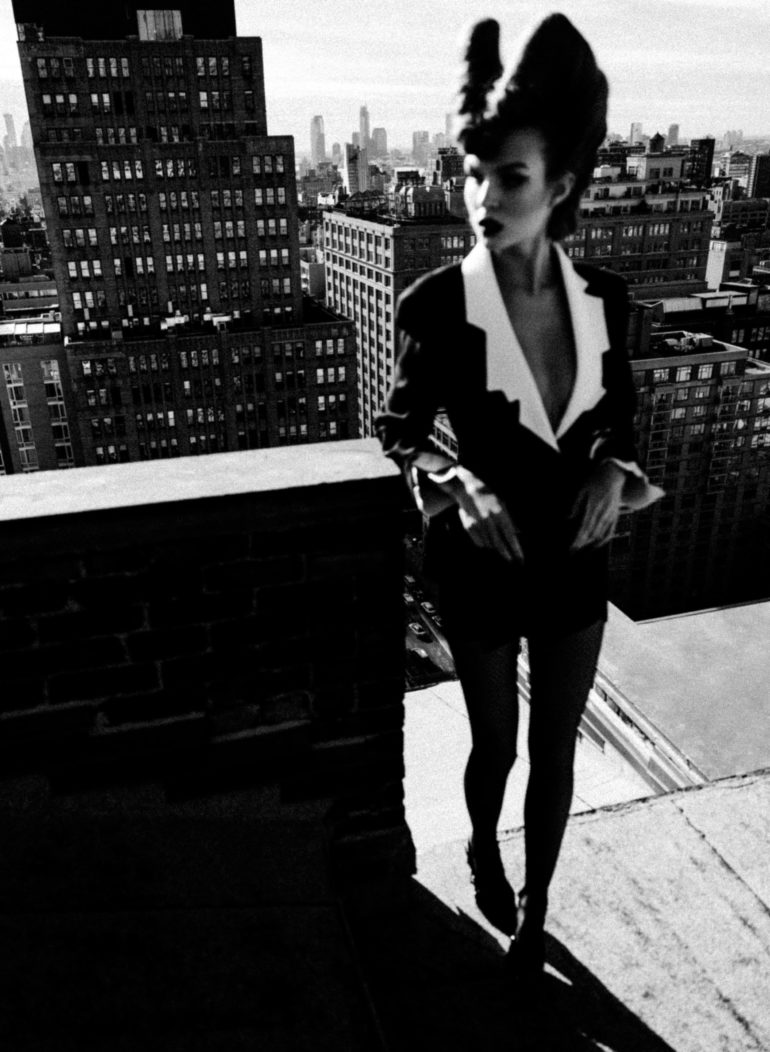 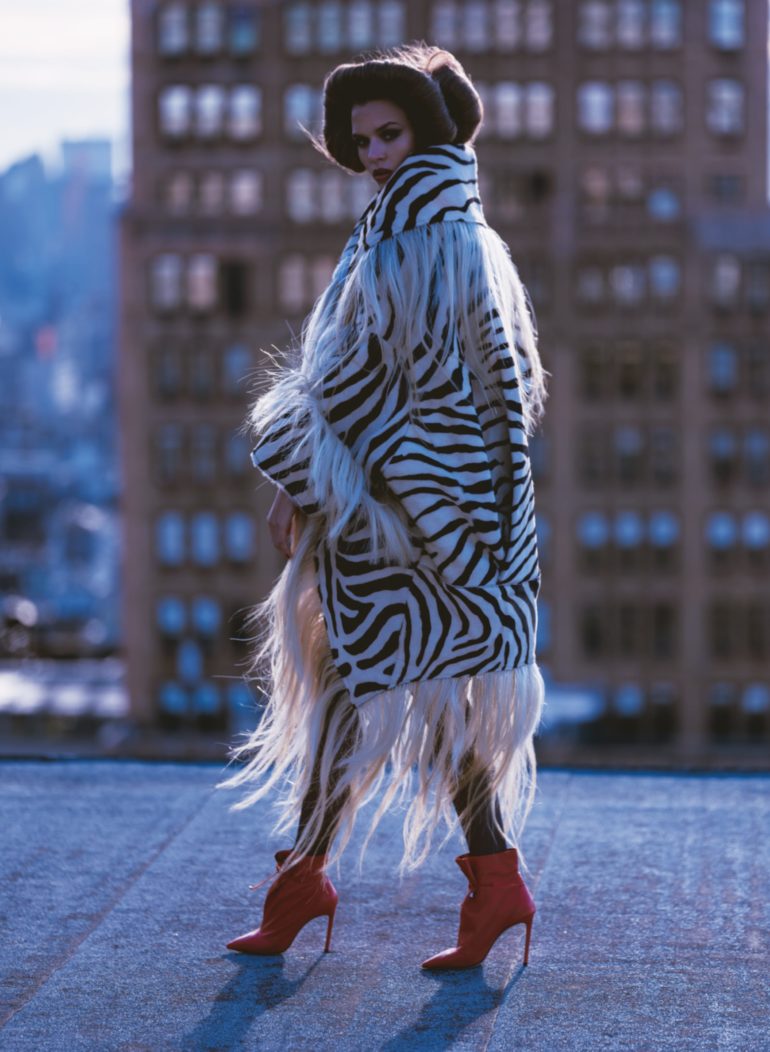 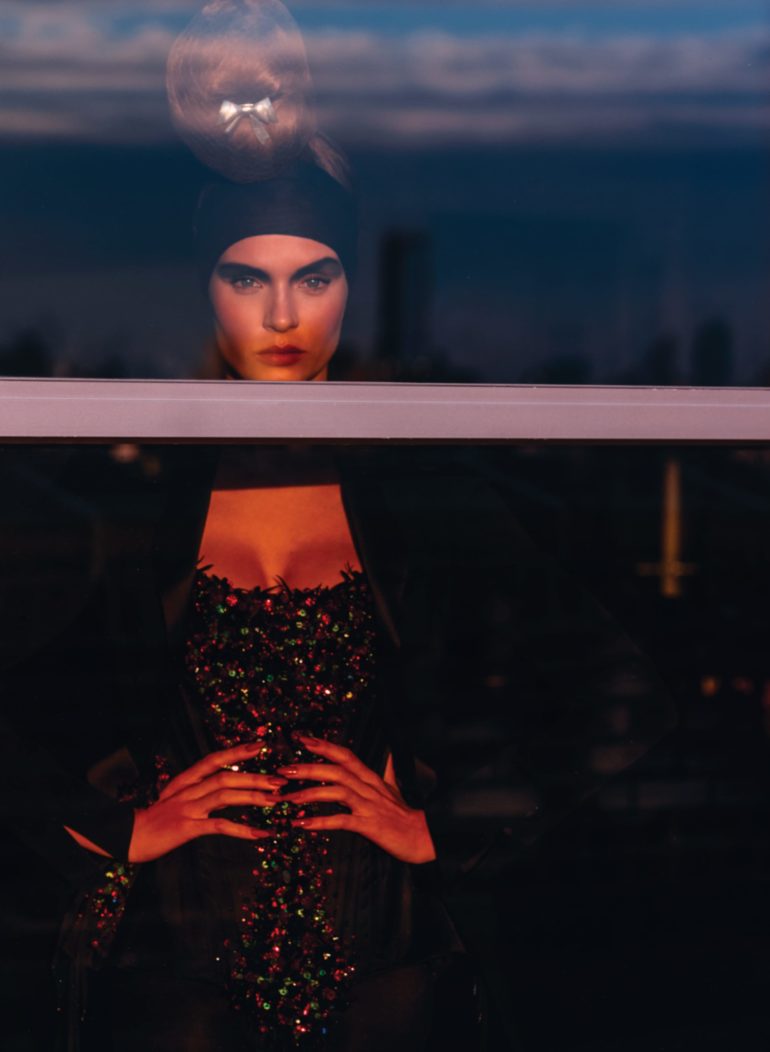 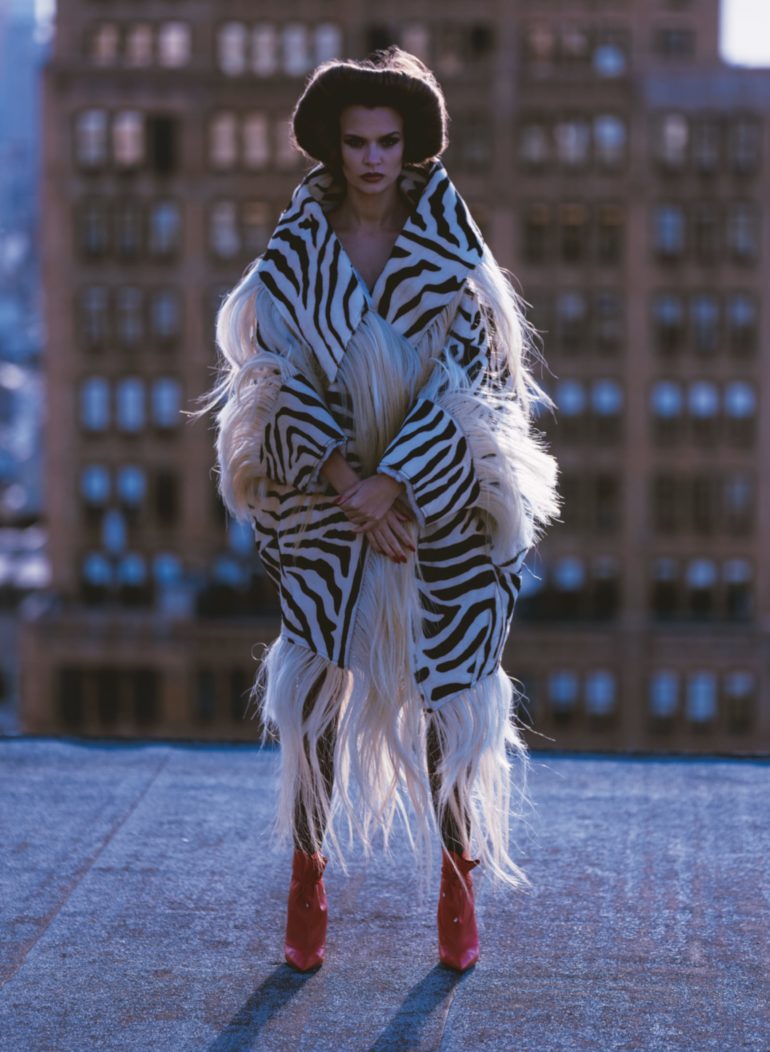 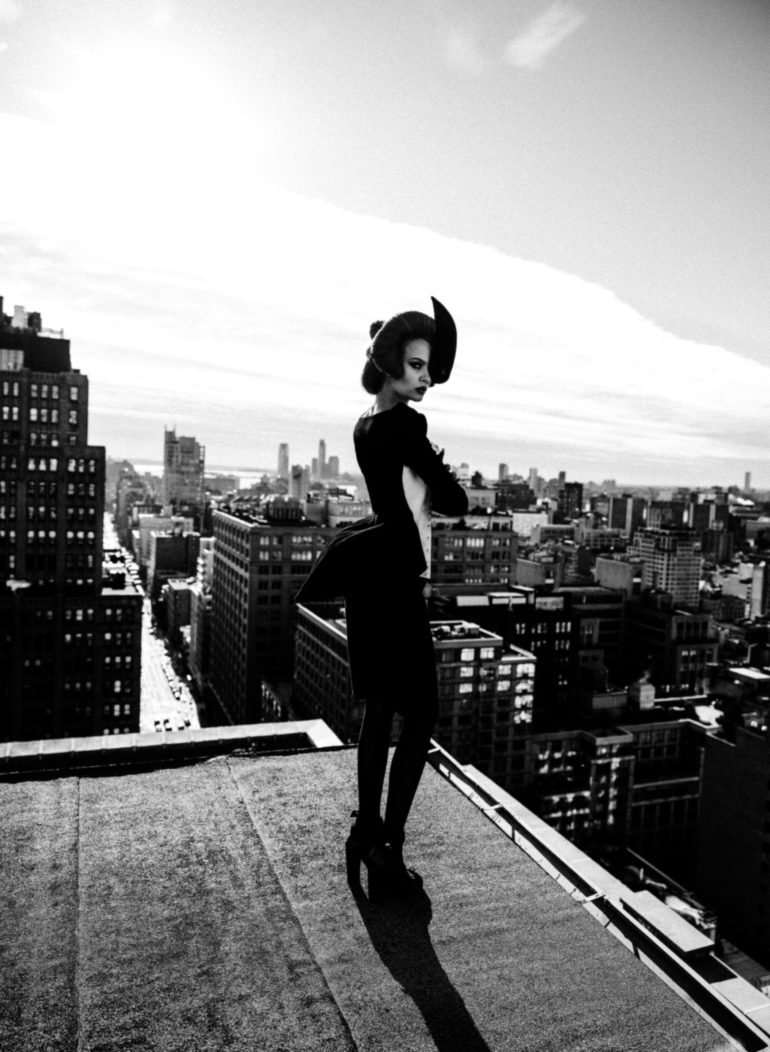 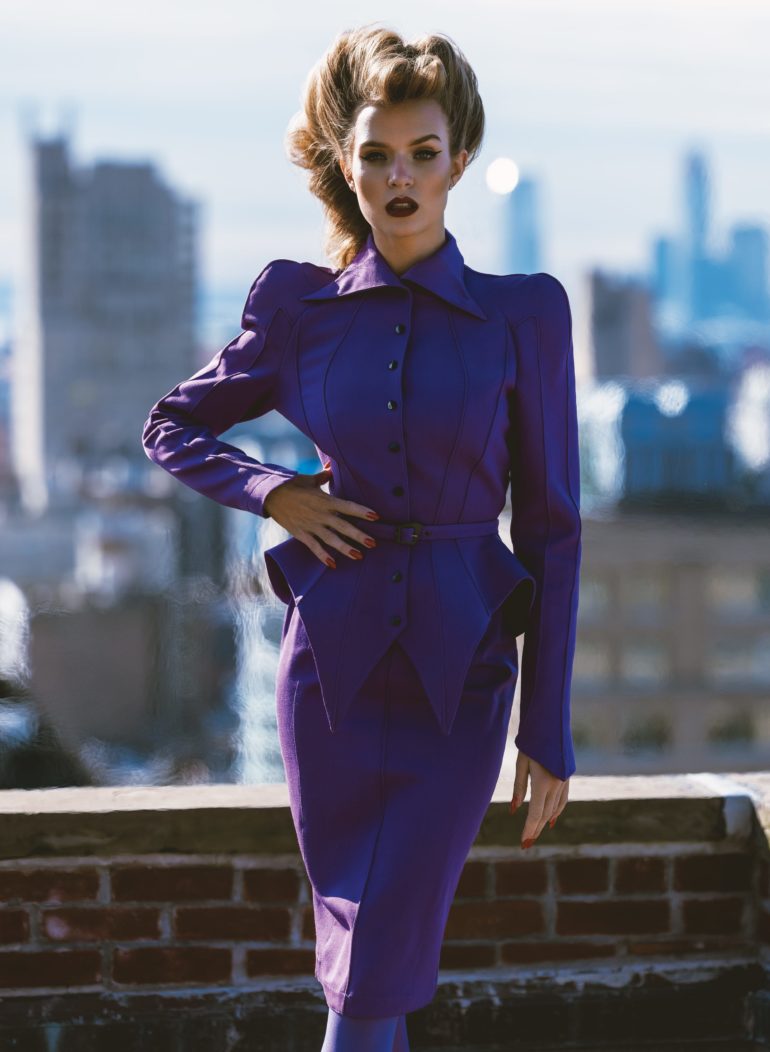 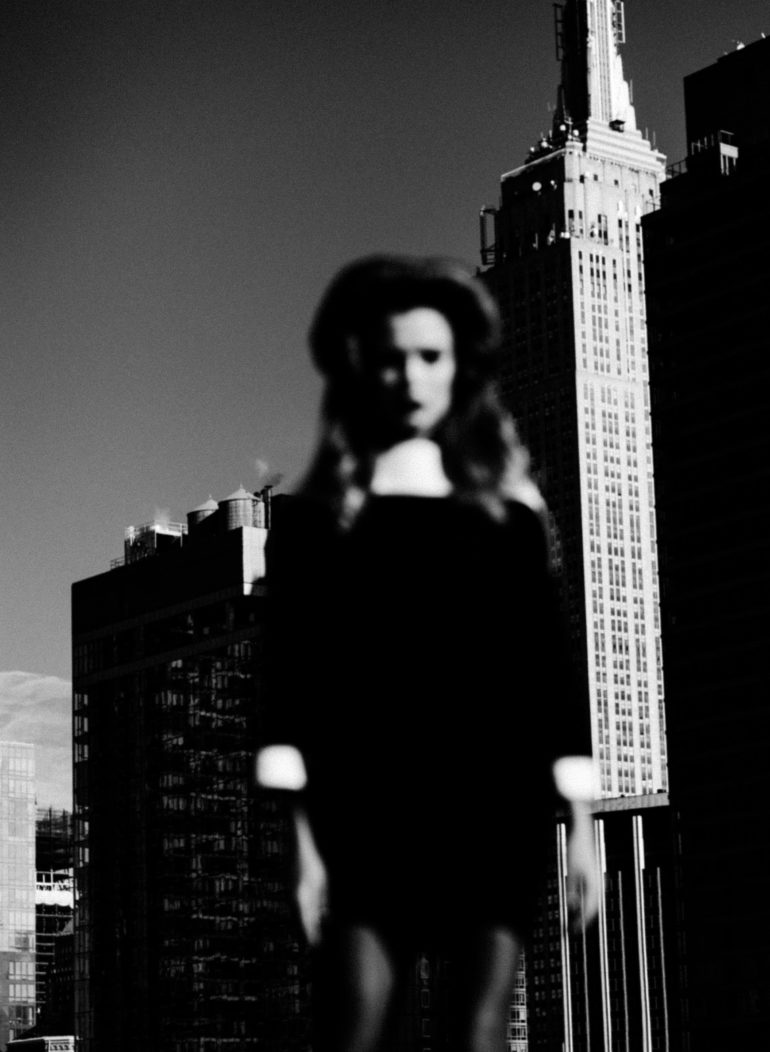 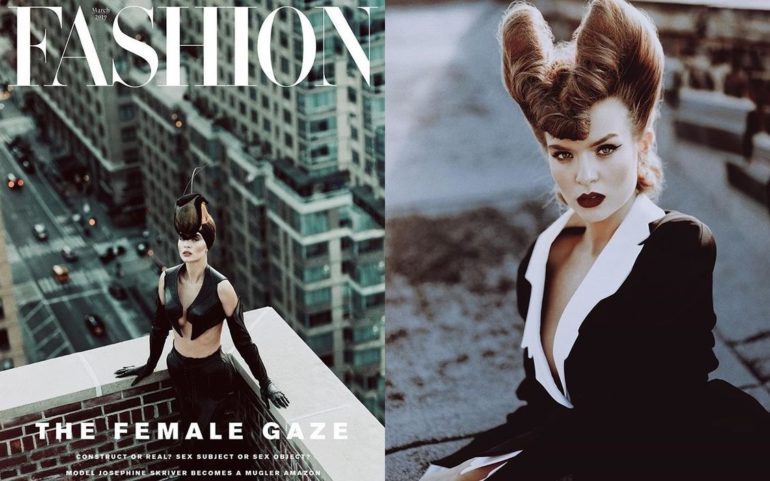 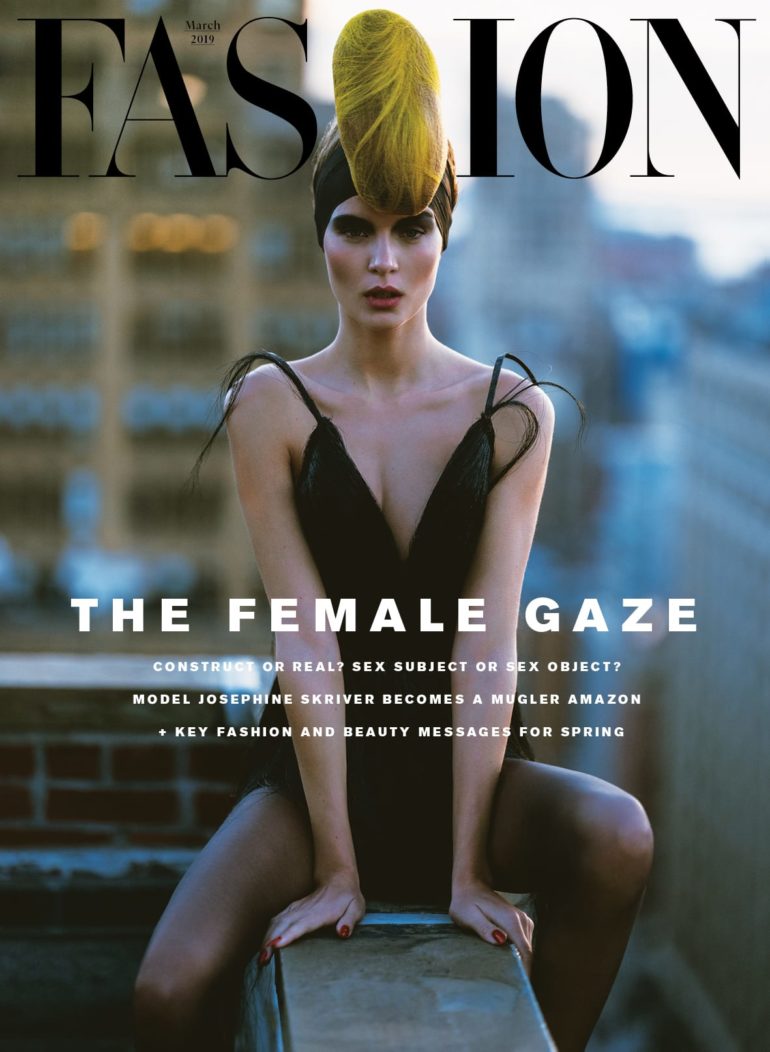 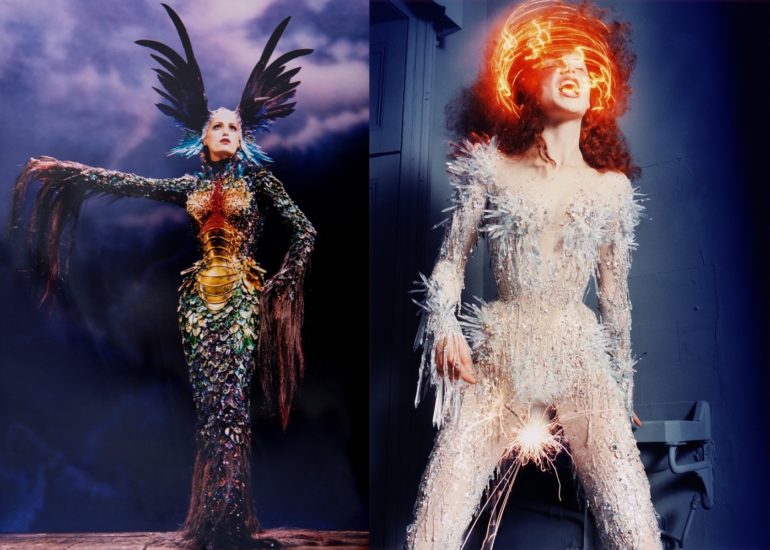 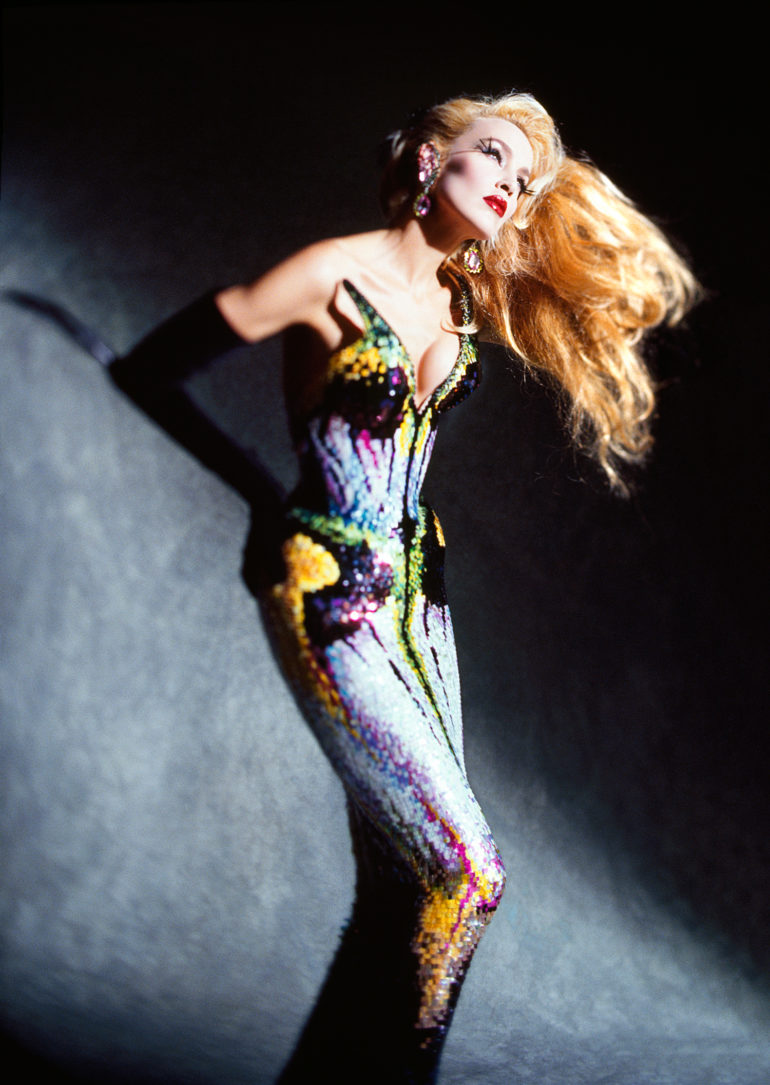 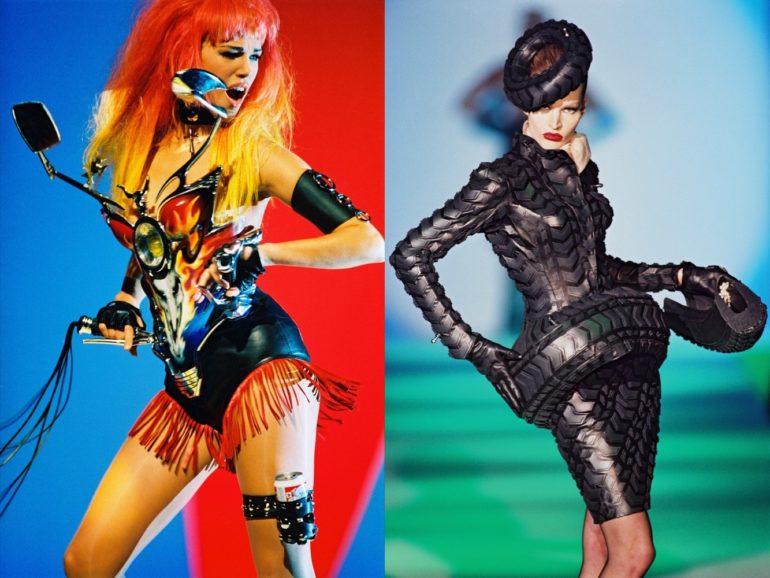