Sora Choi, Gigi Hadid, Daan Duez, Maoro Bultheel & Clement Chabernaud let their duality shine by Willy Vanderperre for Document Journal Spring/Summer 2019. Vanderperre aims to abolish mediocrity through methods of creativity. Trick photography captures the theme with a wild array of special effects employed. I see this story as echoing the evolutionary arc. This is a play on evolution, as versions of the person split within the same shot. The outcome is subtle yet succinct as each double image invites us to explore duality in action. We don’t need to be burdened with labels, we need to be freed to find our right state of mind. That is our goal. We must stand up to a media that wants to dull our defiance!

A layered sequence gives these shots a sense of otherworldly symmetry, as we see the dichotomy of duality devour the page. Vanderperre applies a series of synoptic techniques to expose what’s behind, deep inside and beyond our imagination. He utilizes trick photography to salvage the integrity of the collective. This is of the people for the people. In this story severed heads are held like serendipitous accessories, celebrating the intent of the creative invention. Sora, Gigi, Dan, Maoro & Clement may look downtrodden, touched with misery and drenched in a wretched stench of disappointment. But, don’t count them out… they are a dynamic group of fearless fighters. Their black eyes beckon from a deeper place as spiked hair reaches to outer space. Art is a curious bedfellow. You can’t close your eyes and wish us away… we are what exists outside of your domain.

Editor-in-Chief, Nick Vogelson, writes a succinct description of today’s media, calling it “The Politics of Visibility.” We live in a world where ~ what is posted is often viewed as true. The automatic nature of this version reality is literally a world gone mad (look at our leader), taking it a step further still I’d say it’s a world gone bad. We, as a thinking people, have to stand up to this madness. Art is suppose to be revolutionary. So, to that end, we need to fight in solidarity for our rights. What lives inside of us can be freed. This photography invites us find what provokes the mind. Vanderperre takes us to the dark side with fantastical elements that fuse our fire. Gathering for a real awakening… the energy rises is slow surround while waiting in quiet spaces we prepare to get loud. This is abstract anarchy… it’s suppose to feel dangerously disjointed. Yet, there’s a cohesive element here that can’t be named. It’s A Stirring Effect. One That Wakes the Sleeping Giant. Done with Pretty Packages…. We’re Here To Be Heard.

Olivier Rizzo captures the right amount of darkness with designs that speak to depth. We can’t be afraid to lose the light or, as these picture prove, to share it with the night. Rizzo uses fashion as an extension of the industry inventive, with styles made to look like second skins. This fusion finds it’s way to the page with Prada, Miu Miu, Vetements, Raf Simons & COMME des GARÇONS. Haute-Punk goes haute couture by bringing together a dynamic mix of decadent designs. The footage feels raw making even these high end pieces feel like they are part of the underground machine. This is what I refer to as unscripted chaos. Spontaneity is cast with an undertone of madness, paying tribute to the disorderly machine. The arc of art lingers too long inside the lines of lunacy, sparking their descent into darkness. They ache in a way that makes the mutiny of madness seem sane, utilizing their physicality in an effort to exhume the truth. These exquisite creatures use their bodies as a means of expression. Vanderperre’s conceptual tale takes a visceral route. Pulling his pictures through the mainstream of monotony, then dropping them inside the walls of neo-narcoleptic insanity. I Luv It! Pops of psychosis fill the page drawing over each body in a riotous rage.

Cover-girl Sora Choi embraces her cover role with stunning aplomb. An artful rendition that brings to mind the duality of the senses. Her spectacular story-line plays to that theme, while still embracing the element of the unknown. Carrying her own head, Sora is duality in motion. A walking form of abstract expression. The doctrine of the undecided says that we can explore as we express. In one of the most compelling captures, two bodies bends toward each other, connecting on another level. The camera plays tricks, with a head hanging down in the middle, as if to indicate it belongs to both bodies. This seems to commemorate the convergence of two diametrically opposed personality traits. Olivier Rizzo uses fashion to reshape her with cut-up styles sewn back together in abstract form. The result is done with perfect precision. She stands in blackness masqued by a blurred effect, as pieces of hair hang defiantly over her eyes. The look is a masterful take on the art of not seeing. Anthony Turner uses the strands of her hair as a connective effect. And, while he keeps the theme of goth-glam alive and well, what he does with Choi is remarkable. Wearing a red, fur hat with a black veil over her face she sits solemnly as another shape takes form. Below her sits herself in a kind of animalistic form. Bent down on all fours she sits like a animal ready to pounce. Lynsey Alexander’s makeup is masterful. Blackish soot surrounds her eyes almost taking her back to another time. Pictures look is prehistoric, as claw-like hands dig into the ground.

Dan Duez is daper done right, wearing a straight suit with dangerously cool undertones. Olivier Rizzo elevates the theatrical theme with a boxy, black suit topped with a modified version of a bowler-cloche hat. Garbed in gorgeous, Duez in a dreamy mix of masculine and feminine. Lynsey Alexander covers his face with whitened powder, creating a palate she can build her beauty upon. His diamond eyes are lined in black and surrounded with violet, while his lips are kissed with fire-engine red. Highlighting his shine is a feather boa in a shade of scarlet, hanging down decorating his dashing headgear. The look is dramatic. He embarks on his character’s story with a thespian charm.

Maoro Bultheel delves into the dark side with a goth-punk edge. Anthony Turner delivers a powerful performance with a radical dew done right. Maoro’s medium length hair is spiked, while pieces of long strands hang indiscriminately around. His look is legendary, in a COMME des GARÇONS dress-coat with fishnets and chunky shoes. Alexander creates conceptual makeup so divinely apropos, it’s hard to describe. There’s a physicality to her faces. It’s phenomenal. We’re taken to a place of inner power. A place of poetic intent. Where hard and soft collide. There’s an intensity to his stare, as a sullenness hangs in the aire. His black eyes bleed with things unseen while his sadness stains with tears of pain.

Gigi Hadid redefines her popularity, in my eyes, by fading into the story as she simultaneously stands out. That is the mark of a real model. She isn’t overpowering the pictures, rather, she’s allowing herself to get lost in the maze of mutiny. Anthony Turner transforms her with strands all matted and twisted. It’s as if she been devoured by fame. She is decadence gone mad. Her face forgotten and her lips left alone, her darkened eyes are the star of the show. Lynsey mimics the madness with black smeared in an orbital surround. The night lens amplifies her makeup and wardrobe, while her hunched position and wild eyes give her character a sense of purpose. Rizzo keeps her lines simple with somber styles that show her body without making them seen. That is an accomplishment. One shot shows her hands twisted behind her back while her spiny fingers loop around her wrist, creating her own handcuffs. We see her beautiful moles trail up her arm and down her back, giving the image a realistic bend. Lending credence to her work, this echoes my opined consideration of this fine editorial collection. Hearing the footsteps on the hallowed grounds of betrayal, shouting out the pain as it is truth we shall unveil.

This is a tale that takes us beyond gender, for there is where we find our center. Truth is what makes us whole as we seek to salvage our deeper humanity. A moody mix of photo-expression explodes as we aim to mute the madness. Strap in… we’re ready to… Fight the Noise! The eruption of evacuation will seize your soul as we wait for history to take it’s toll. Social Media Attacks With Deadly Force. But, BE WARNED, it’s not short term scratches that keep me awake but the hollowing hole that reminds us what’s at stake. We’re Warriors of Strength and Iron Will ~ what fails you fuels us as we walk up that HILL! 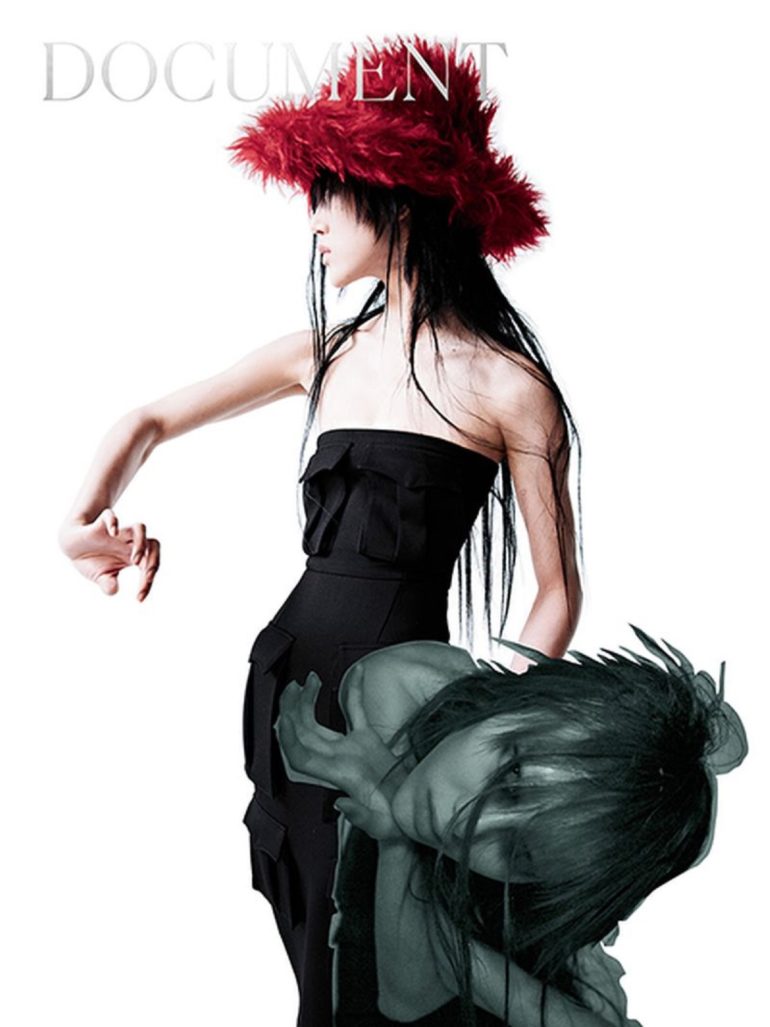 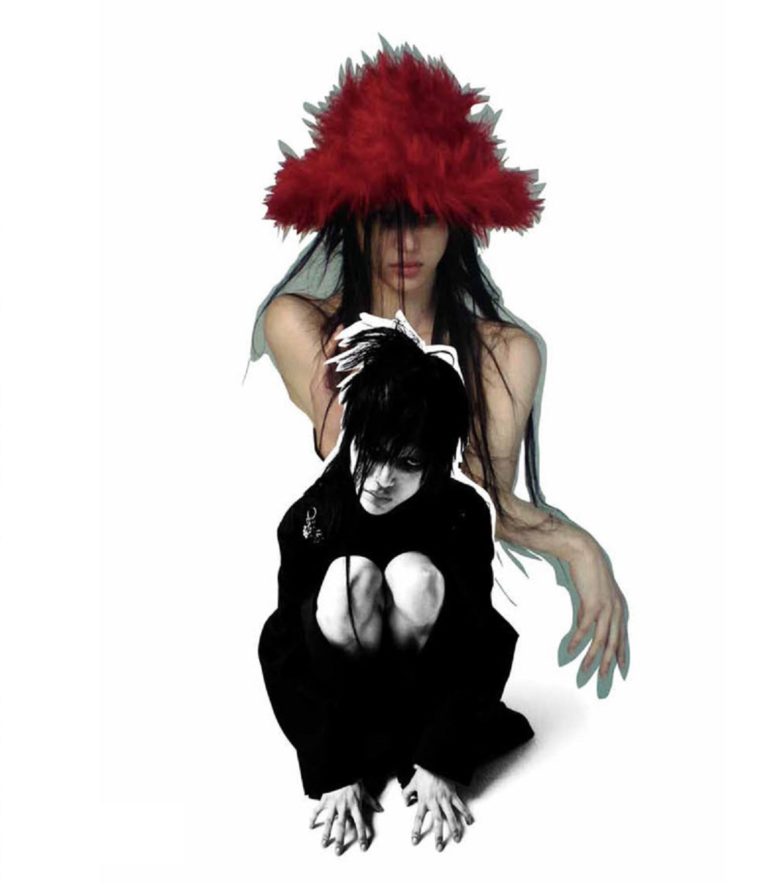 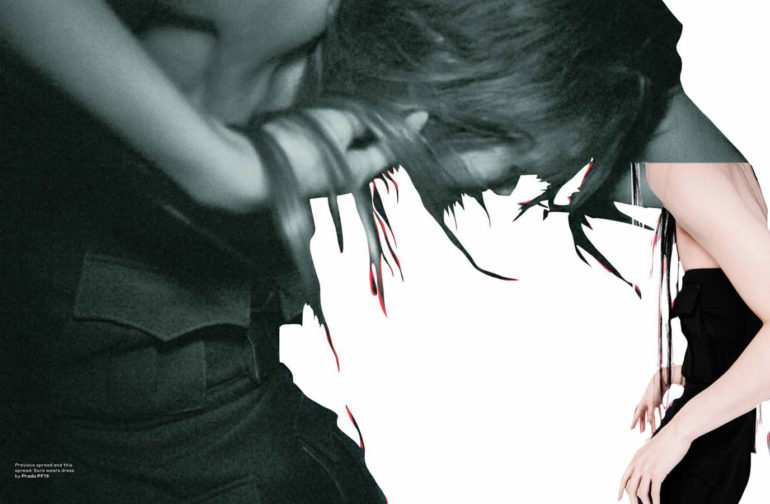 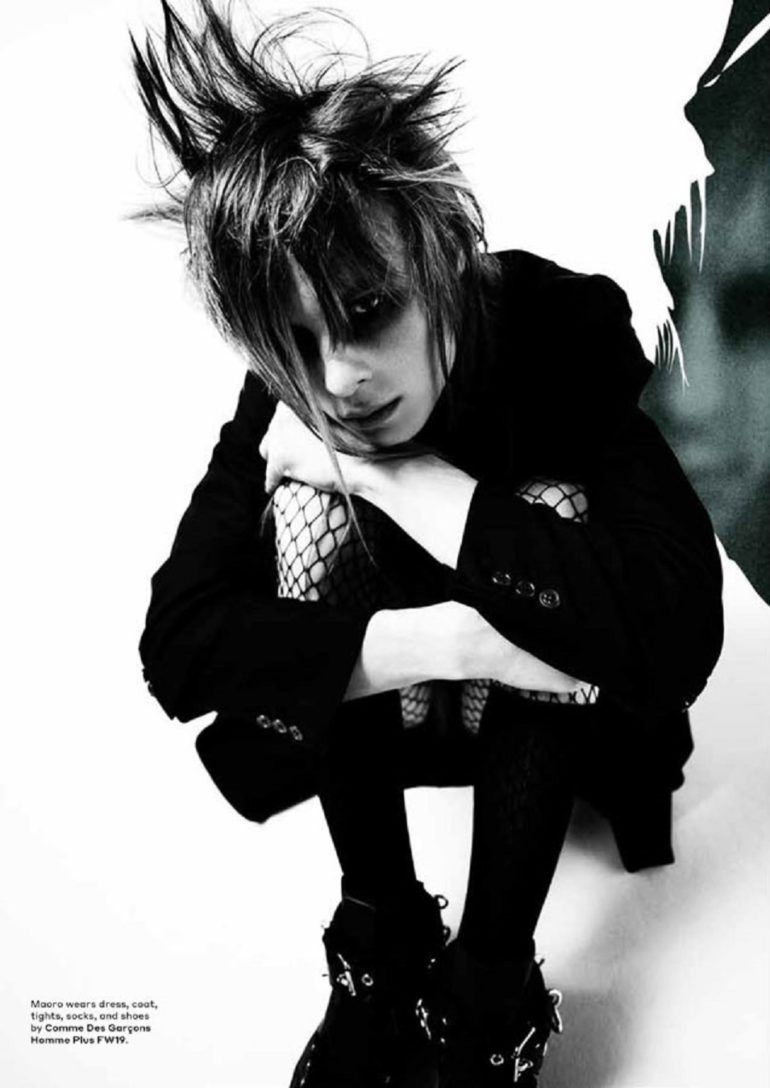 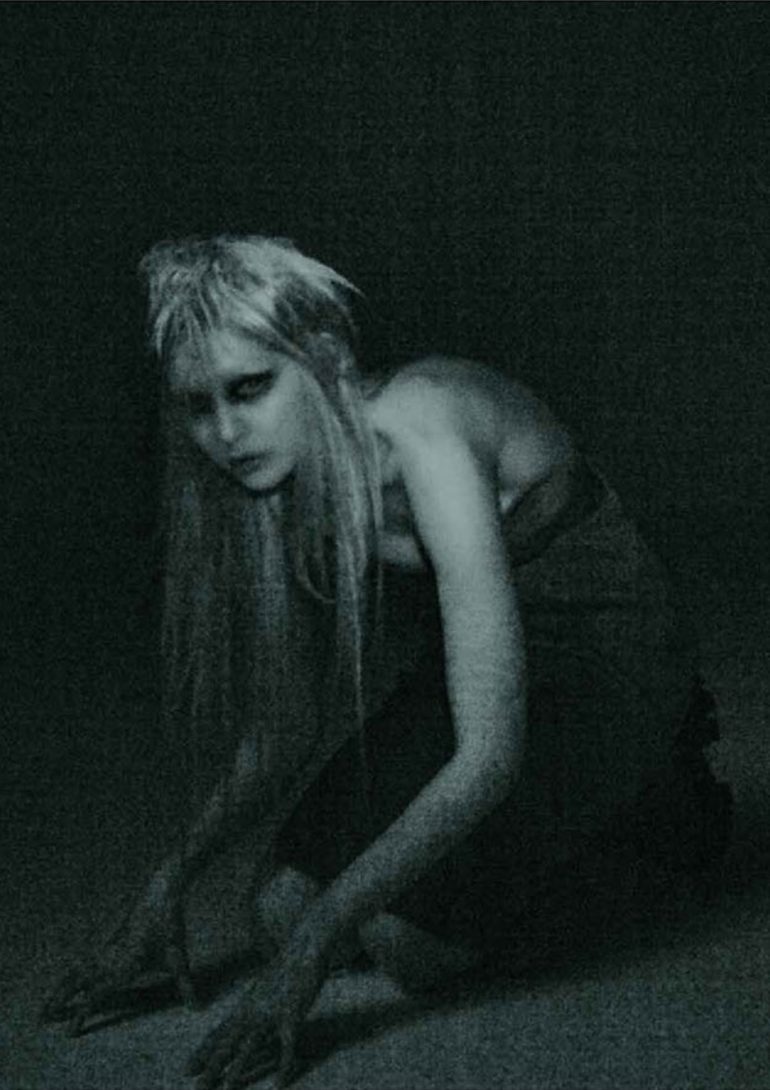 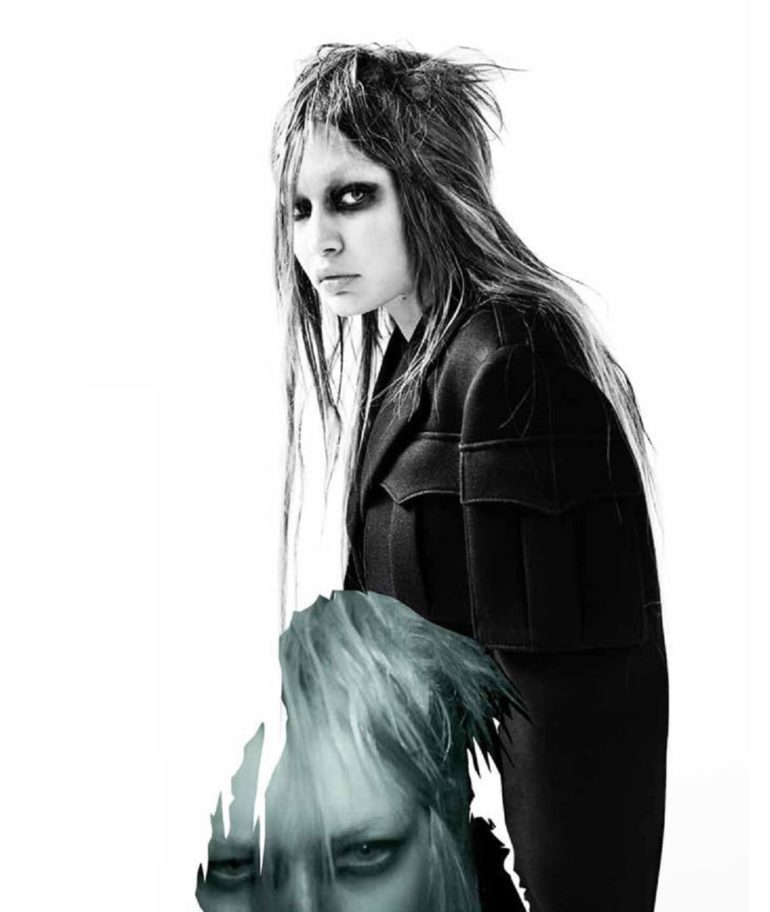 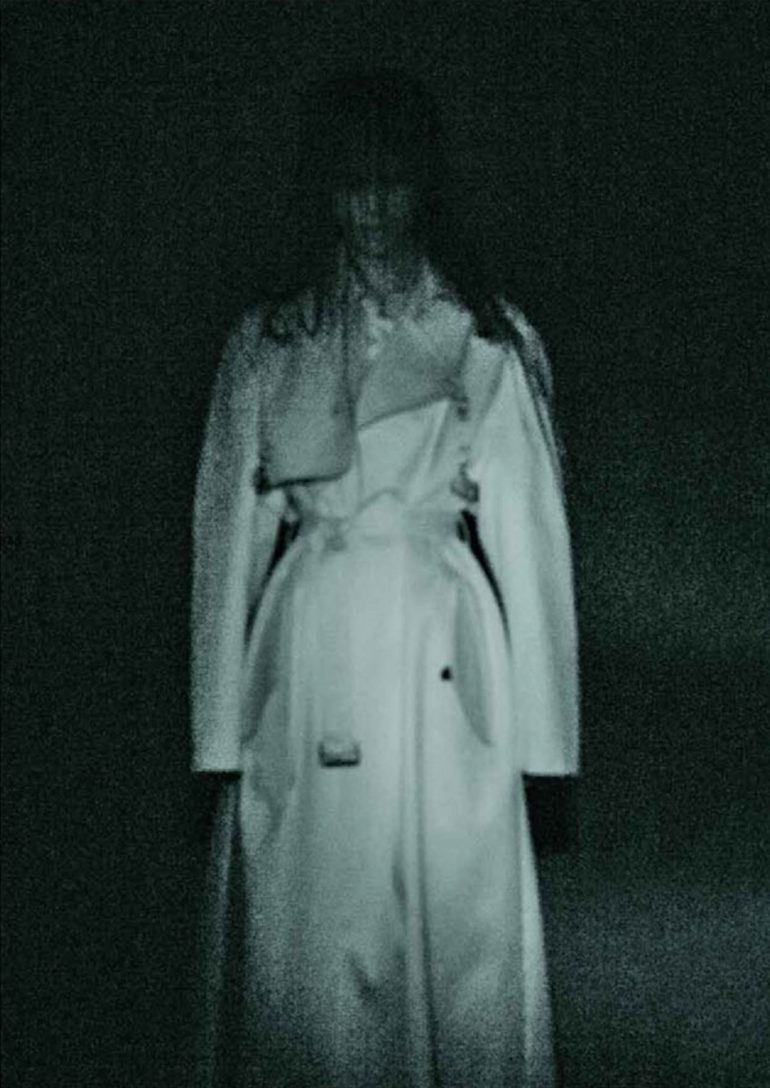 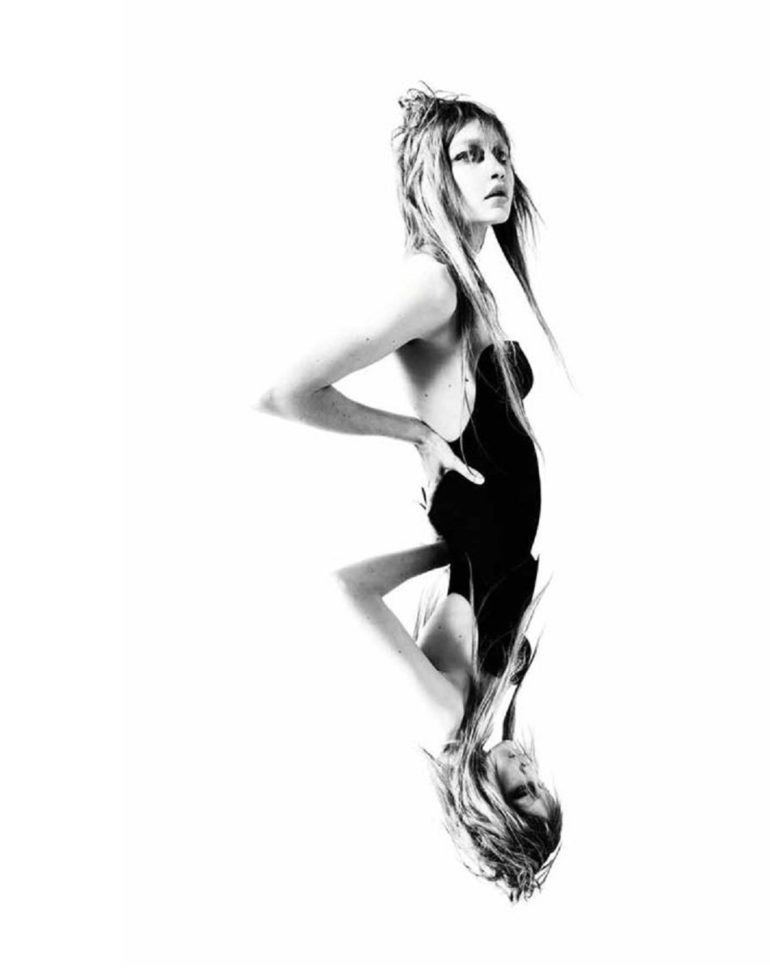 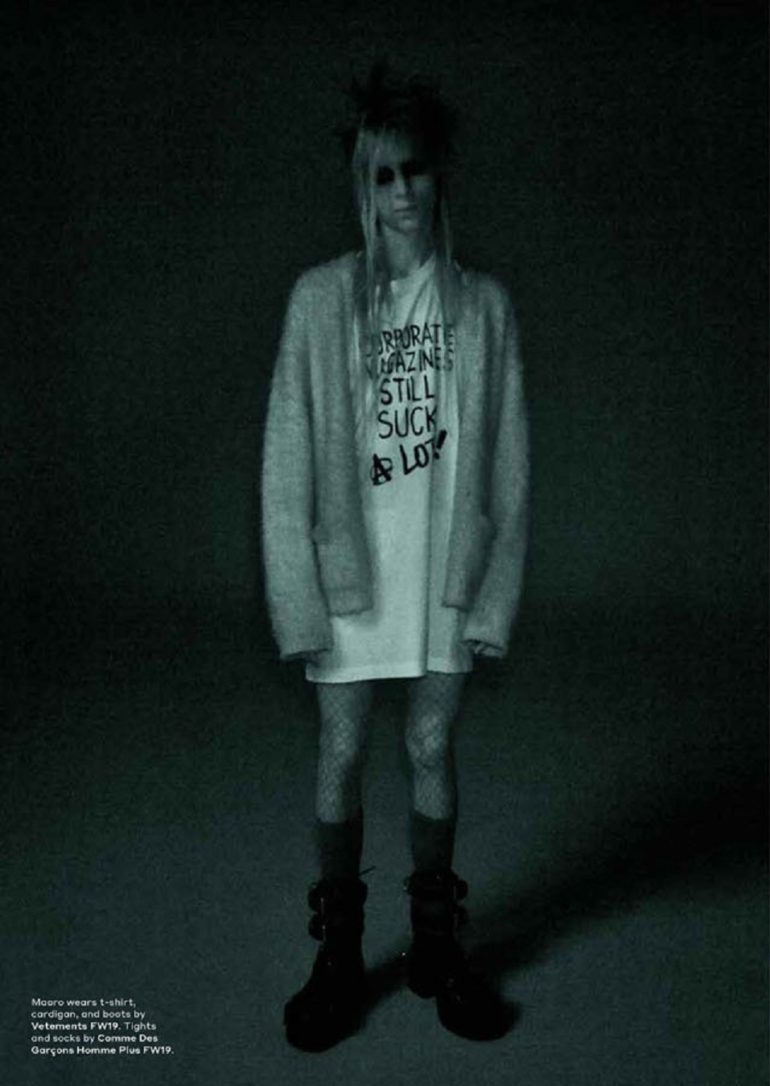 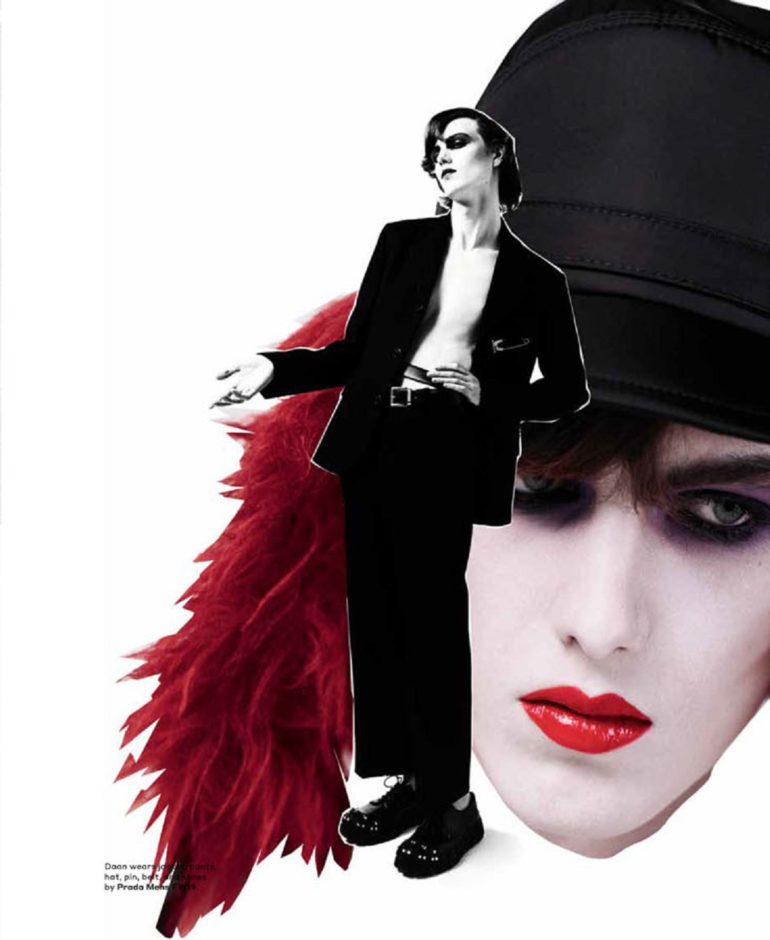 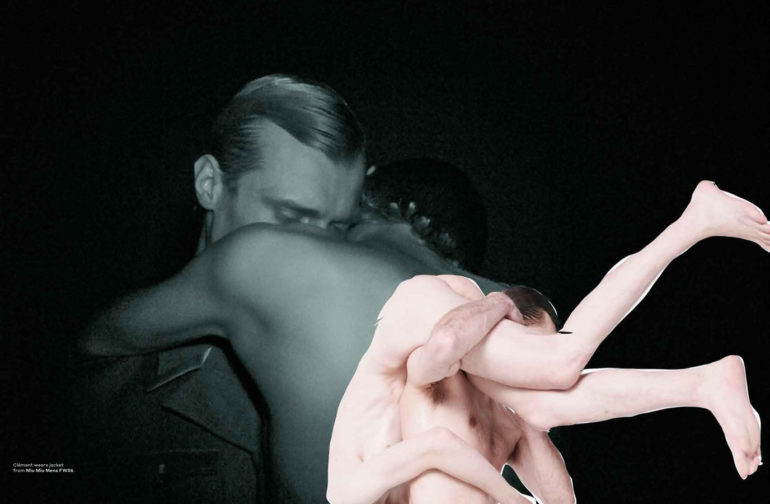 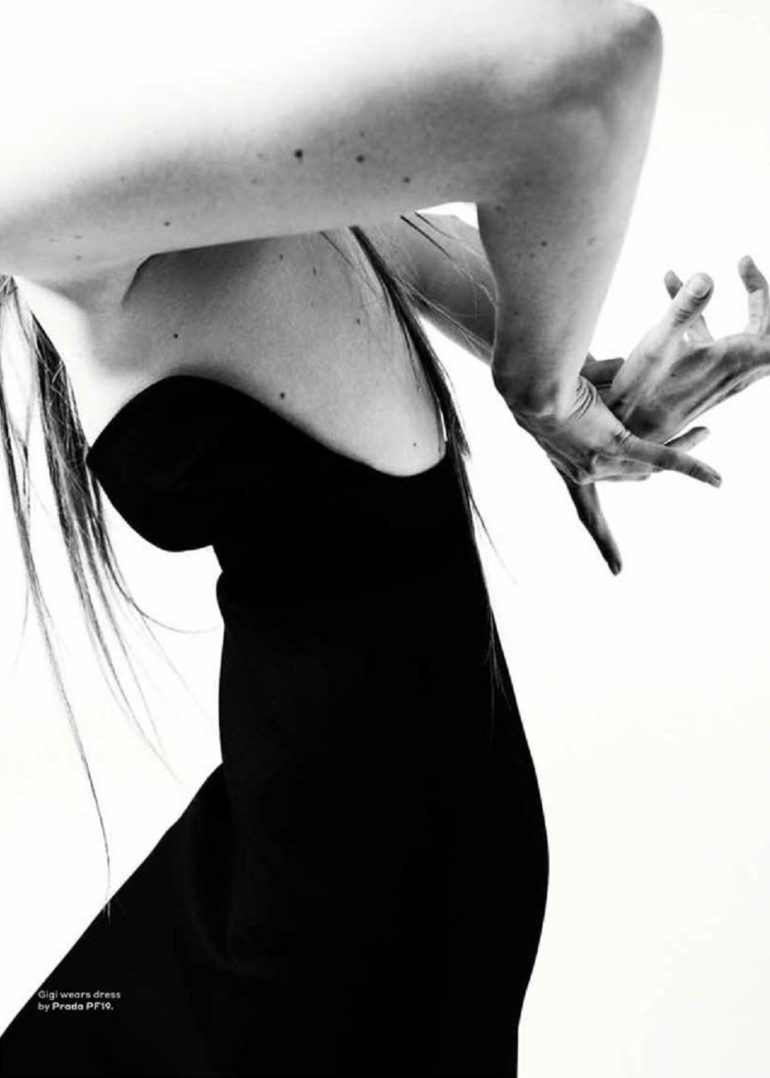 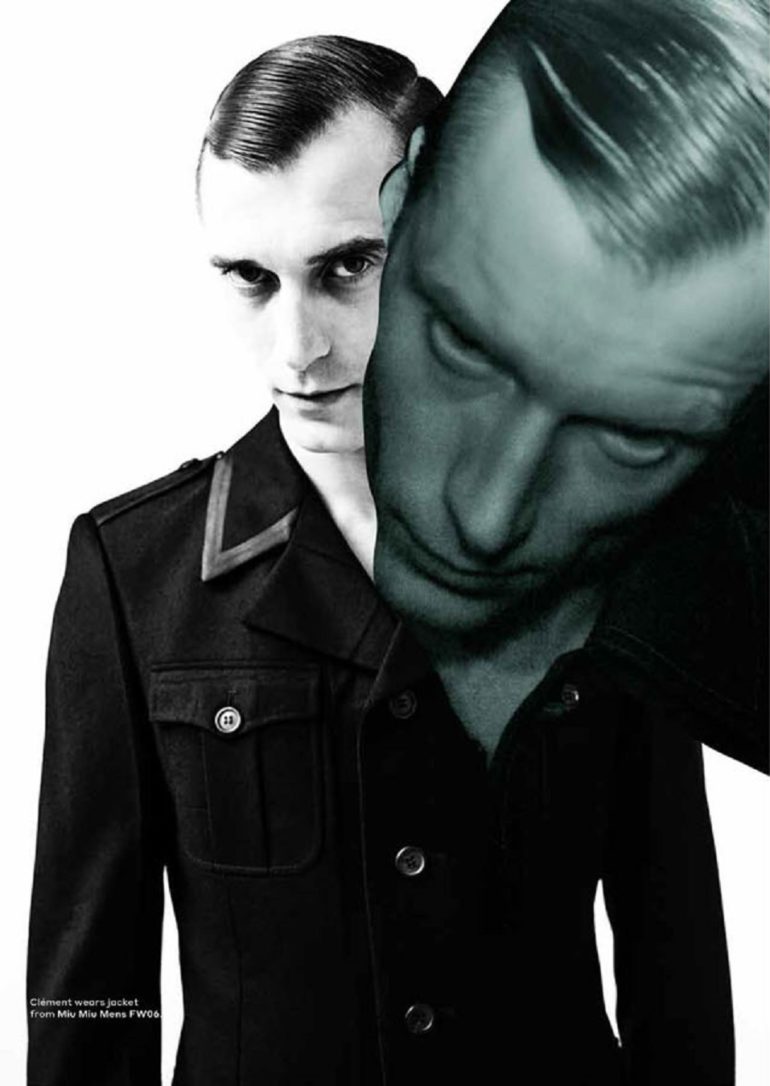 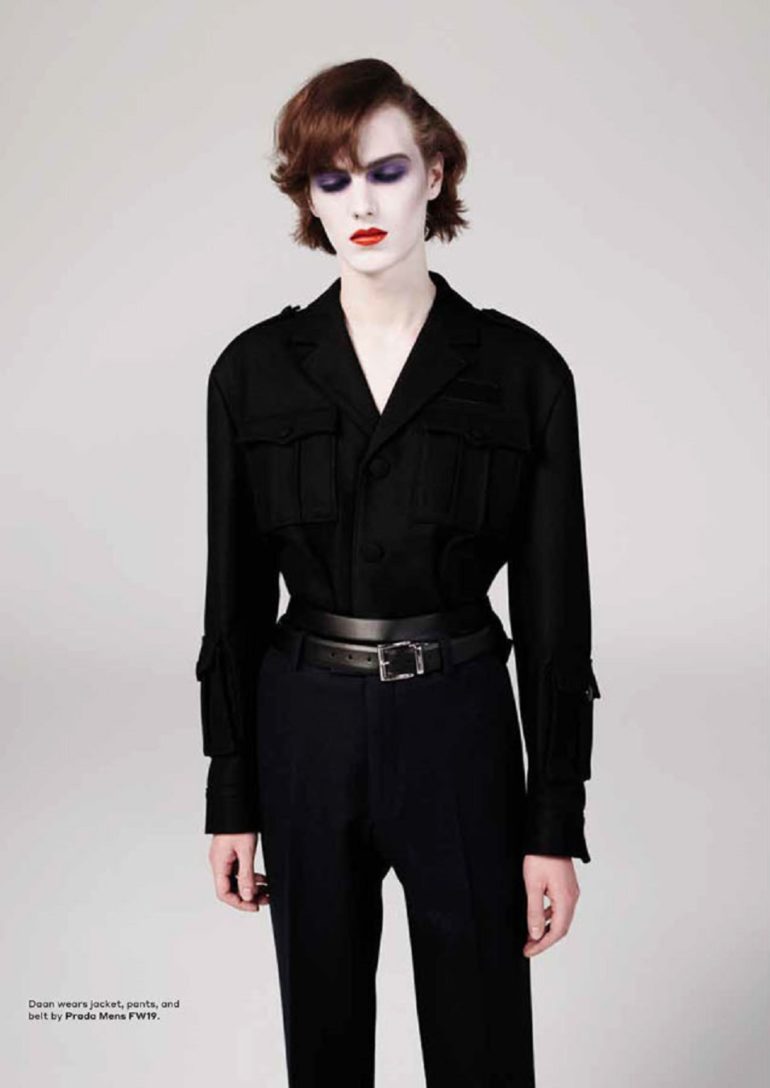 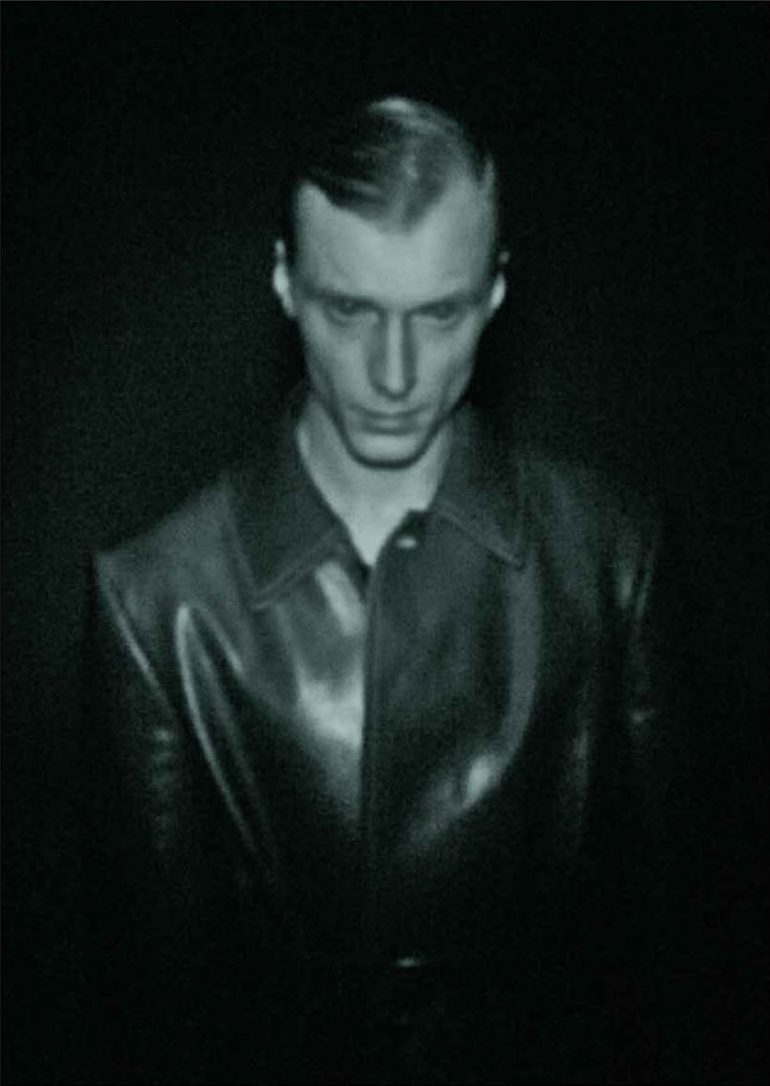 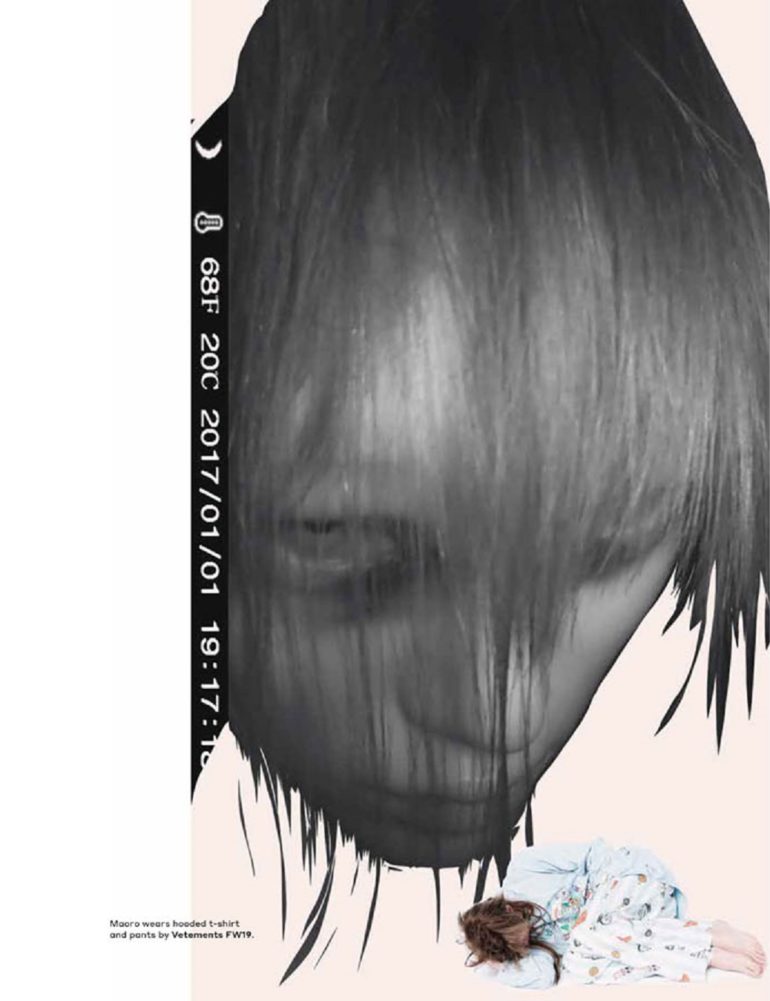 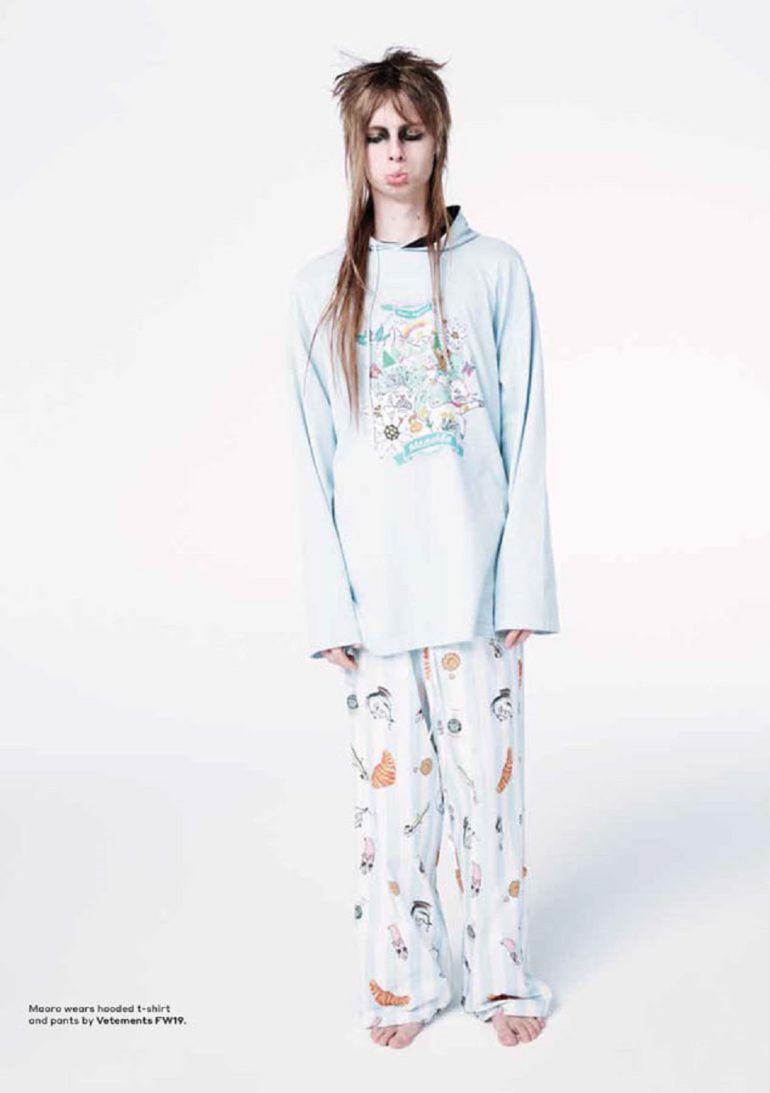 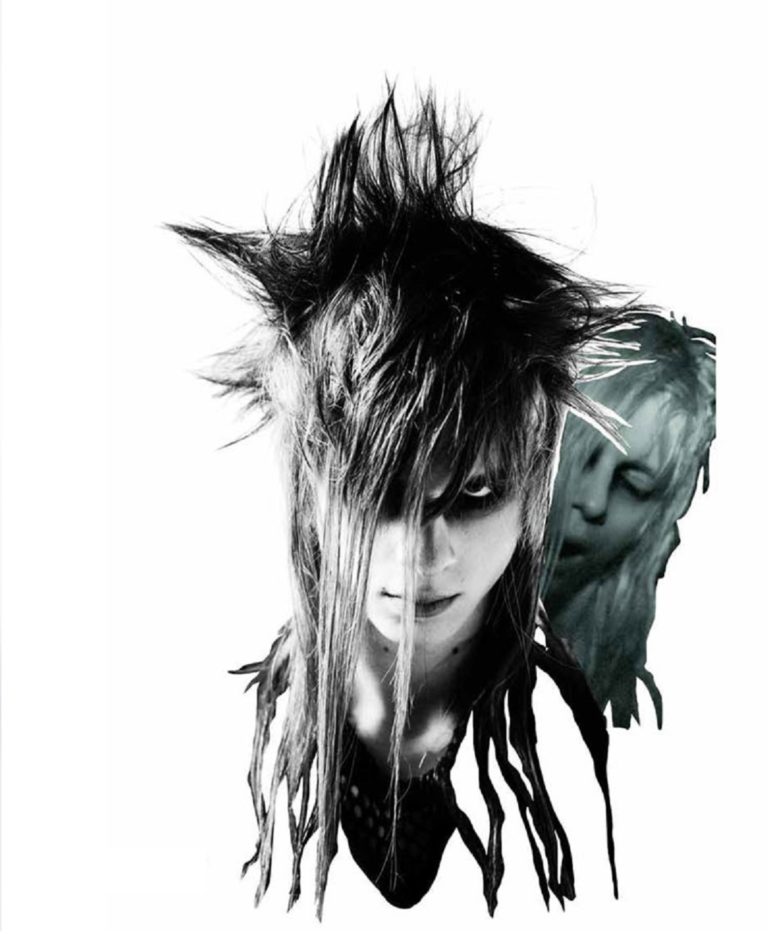 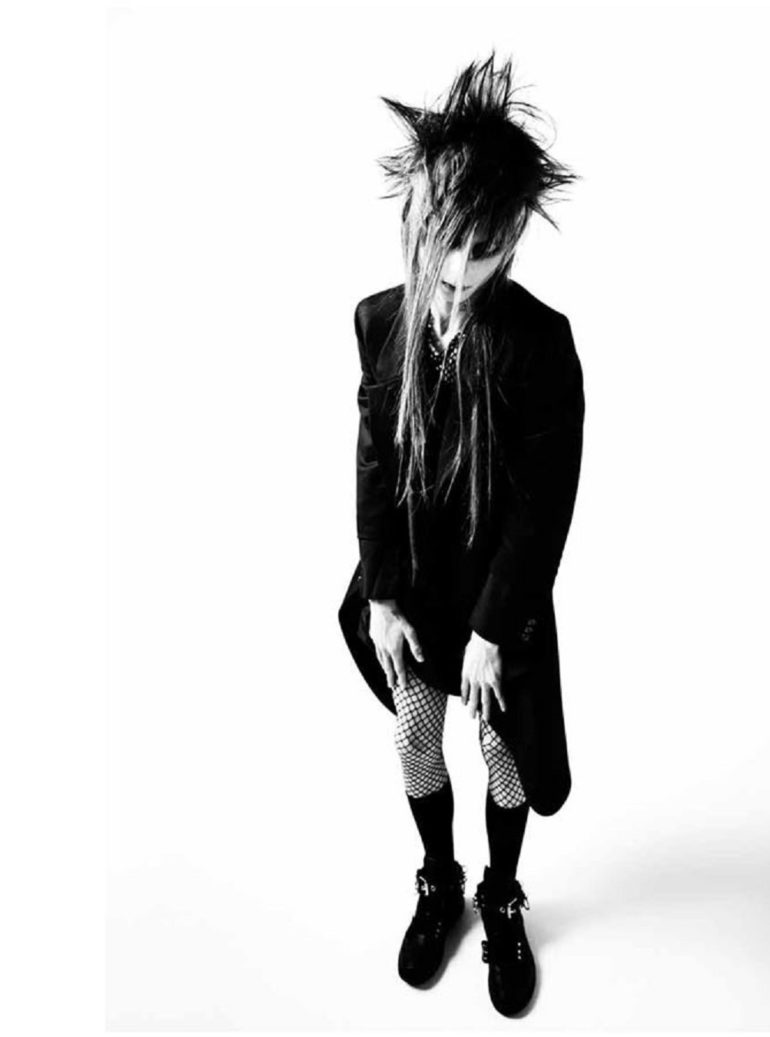 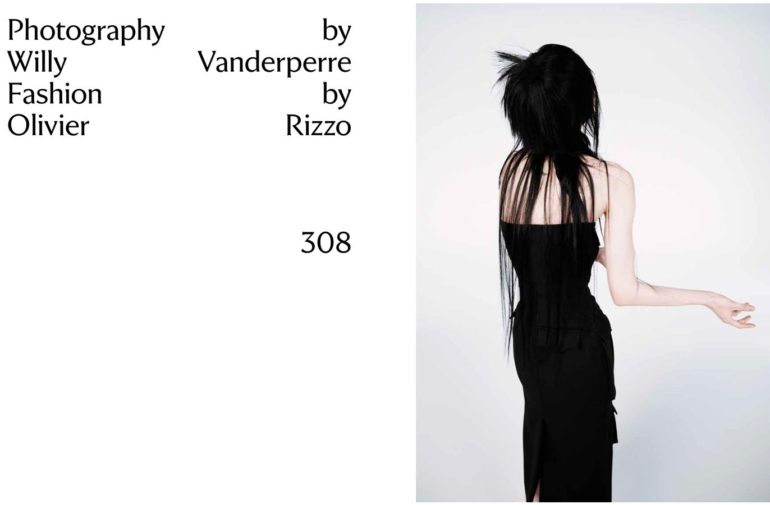 Julia Nobis Invites the Art of the Anointed to Fall "Dior"

Bravado Becomes Her ~ Charlotte Delves Into Dark Side