Jazzelle ‘Transforms Herself Into Muppets’ for Paper Magazine, Summer 2019 V35

Many say Jazzelle, Uglyworldwide, is a one-woman wrecking ball of beauty. Working hard on a self proclaimed, Trail of Terror, she gives us open access to her honest excess. Recreating the purity of youth, she embraces the conceptual notion of childhood memories. This is a profound experiment of youthful exuberance coupled with raw, emotional power. Art is an exploratory exercise, one that takes advantage of our fluid thought process. True artistry can’t be caught in mundane details of day-to-day living. Power Provides. Tapping into an energetic field of expression, one can harness the raw energy of real power. Emotional energy can go from static to symbiotic, thereby eliciting a sense of synergy. This story works on a visceral level, with fantastical elements that infuse both mind-bending & mind-expanding tricks. In other words… it’s a Mind Trip. Here we meet beloved, childhood characters Miss Piggy, Bert & Ernie, Sam Eagle, Janice, Animal, Cookie Monster, Pepé the King Prawn and finally the one/only Big Bird. Cookie Monster comes to play in this exquisite editorial that has Jazzelle devouring delicious cookies like a hungry child. Transformation Complete!!!

Jazzelle takes a trip back to the Street… Sesame Street that is, to get a new view of some old friends. Daring to rediscover many dramatic attributes that make up such a wide array of personalities traits. Looking back in time she brings these furry friends forward, putting an avant-garde twist on these very creative characters. Jazzelle makes magic as she ‘Transforms Herself Into Muppets‘ by Oscar Ouk for Paper Magazine, Summer 2019. The images of Sesame Street fill the page as visions of these crazy characters incite a joyful rage. In honor of Pride she uses a shot that has Ernie going in for a kiss with Bert, celebrating their much confirmed gay relationship. A picture that has both playful people being portrayed by herself. She does her own marvelous makeup, with magical hair pieces by Sean Michael Bennett. Multi-faceted traits allow her to crawl inside the mind of these many characters. Giving them room to grow, we are able to see them evolve before our eyes. Her morphing skills are unmatched allowing a natural evolution to take place. Every mind builds a different picture of the same toy, while every body brings their own idea to the concept of joy. The same thespian skill-set that transforms her into a bevy of beautiful characters for many magazine layouts is what’s at work here. Some changes may seem extreme as these childhood memories are but a dream.

We honor the integrity of this long running program, as we come to celebrate a half century of Sesame Street turning 50. Jim Henson was a visionary. Known as a pioneer in the industry of visual arts, he created these genius characters that filled our homes with joy. To me, the ultimate message was one of togetherness. Henson embraced the music of the melting pot by bringing together a bevy of brilliant characters. There were no differences that separated us only distinctions that defined us. There was a plethora of significant variation that divided these personas. But, there was also an undeniable force that bound them together. That, to me, was the message. When you got past the grumpiness of Oscar – The Grouch – you were left with the truth of his being. That is what I came to believe that SStreet was all about. This grand explosion was a mix of dynamic characters with a bevy of personality traits. A truth you come to understand when viewing the show from a perspective of community. Not merely a view of differing personality traits from different areas around the world, it was also an in-depth look at the constitution of modern humanity.

Personality traits ‘reflect people’s characteristic patterns of thoughts, feelings and behaviors.’ Leaving behaviors to range from extroverted, outgoing, agreeable and malleable to a full-fledged trait of the neurotic state. Many look at this list and know, without a doubt, where they belong. But, what if I said, this isn’t a list of individual character traits in any given person, but rather, a list of various traits that exist inside each and every one of us. The calmest person you know may be carrying around a pound (as it were) of personality traits waiting to be expelled. That makes things a bit more interesting. So, I offer forth my hypothesis on the subject. I imagine the entire ensemble of Sesame Street was created to bring together a multi-cultural mix of peoples from all different cultures, and a wide range of animal types. Original species that all have their own characteristics. I Postulate that these hybrid characters are Versions of All… Versions of Us… Versions of One.

While these ‘Original species and character types are all native to the world of Sesame Street,‘ I do believe when viewed through a deeper lens we can see they make up the many parts of me… and you. It’s a fascinating theory. Imaginative powers are at play in an onslaught of avant-garde excess. I offer forth this idea with an invitation for you to view these unique images with a free and open mind. You might find with an open mind a world you never knew existed. 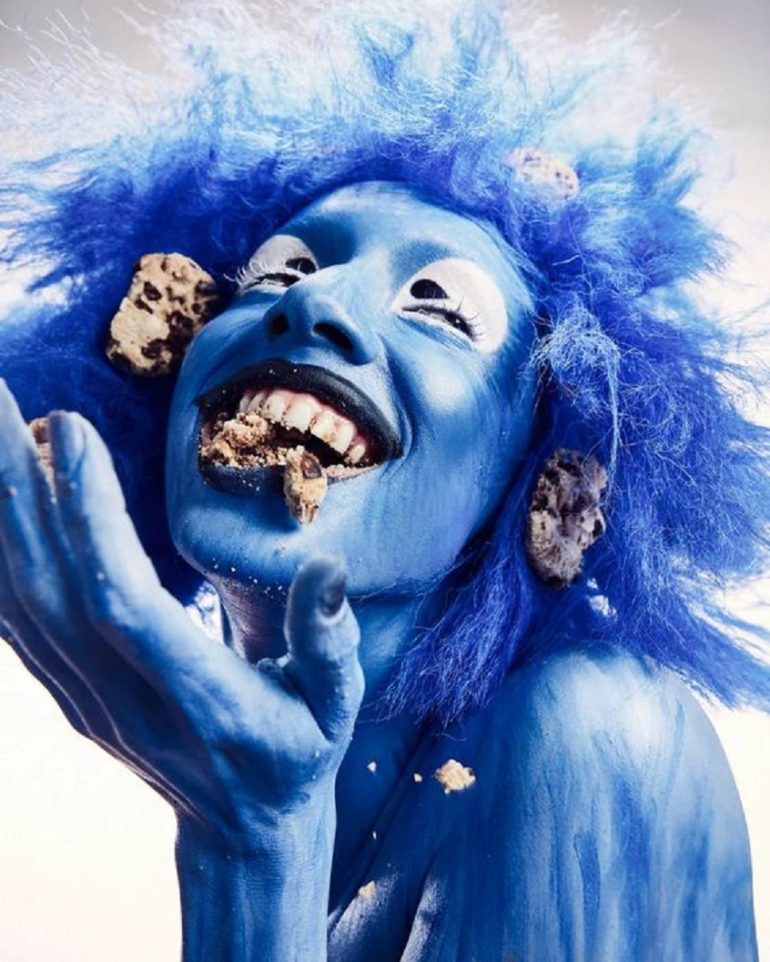 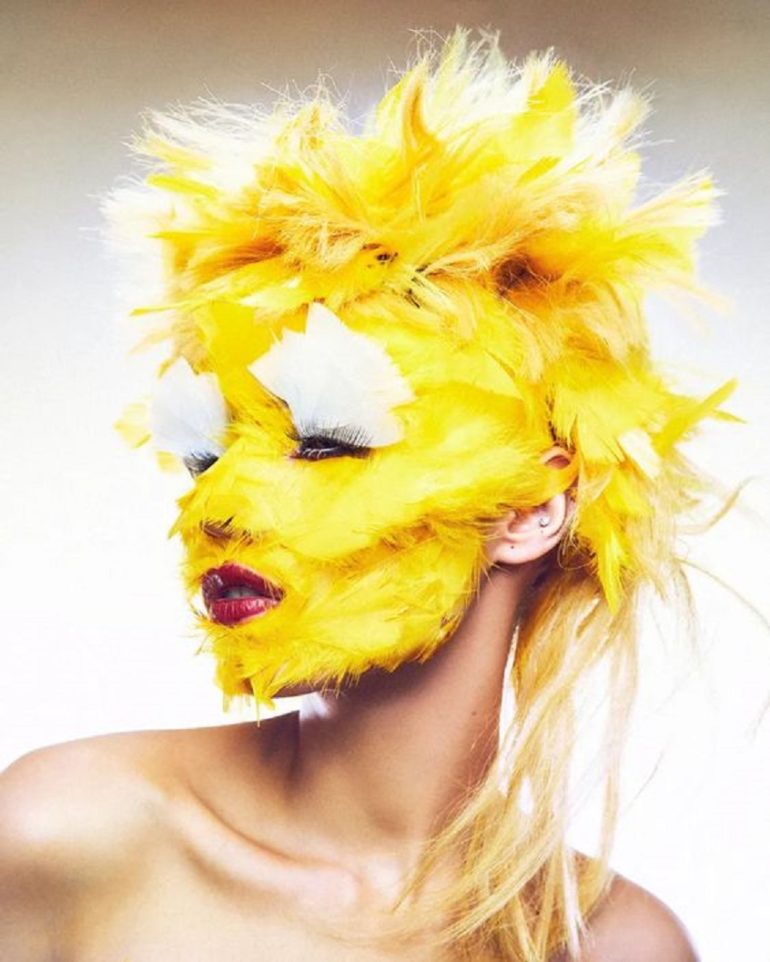 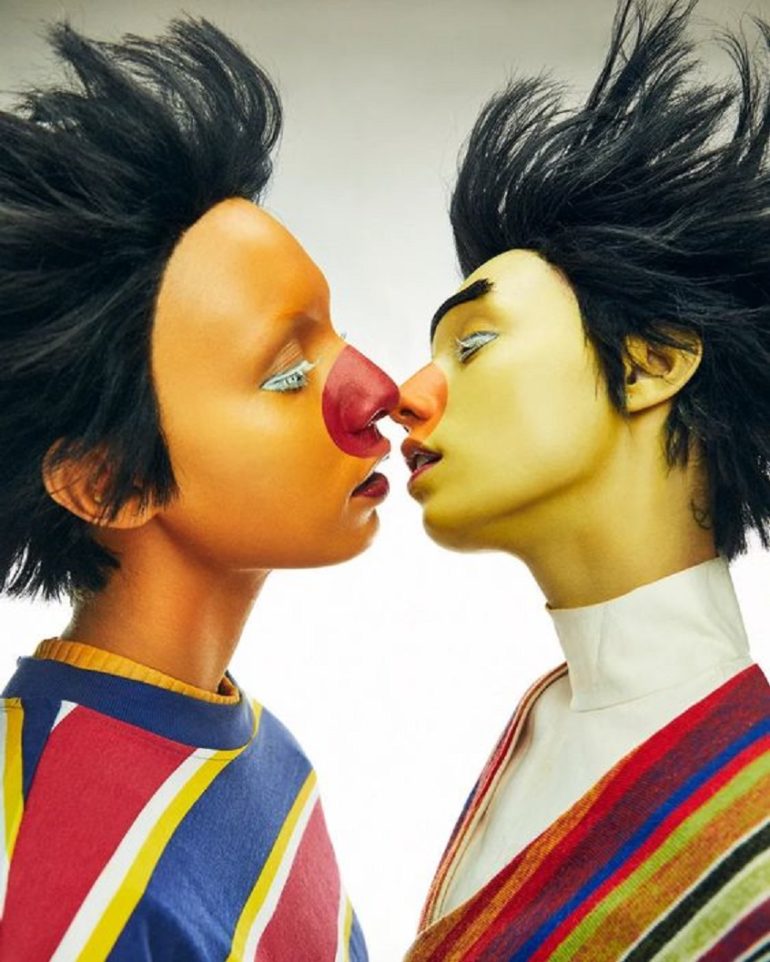 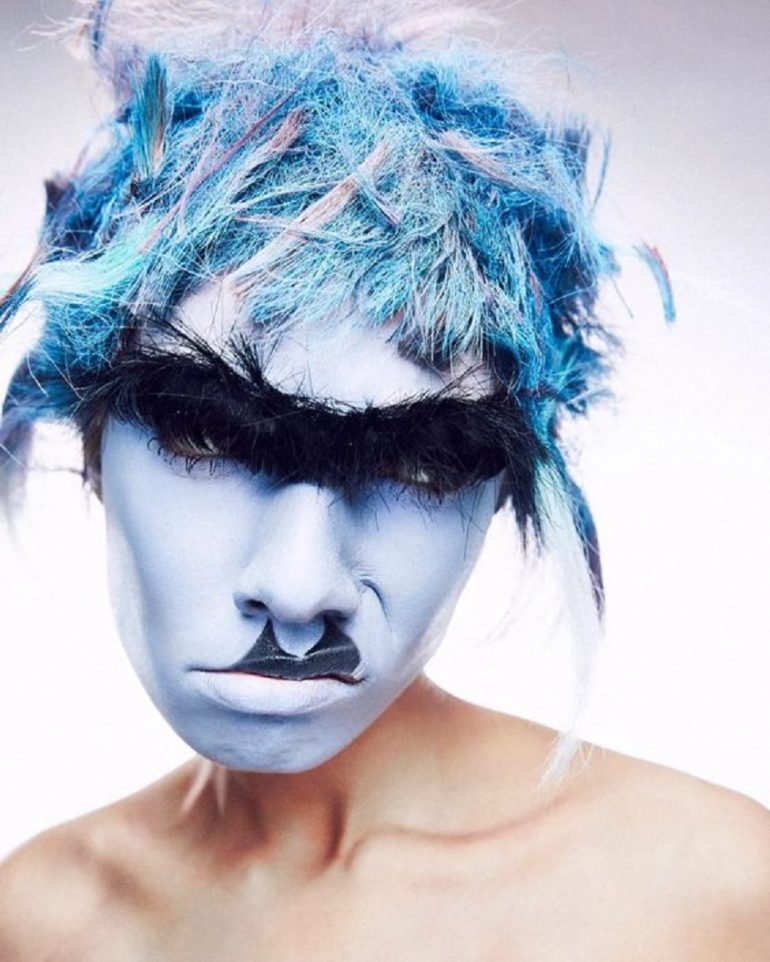 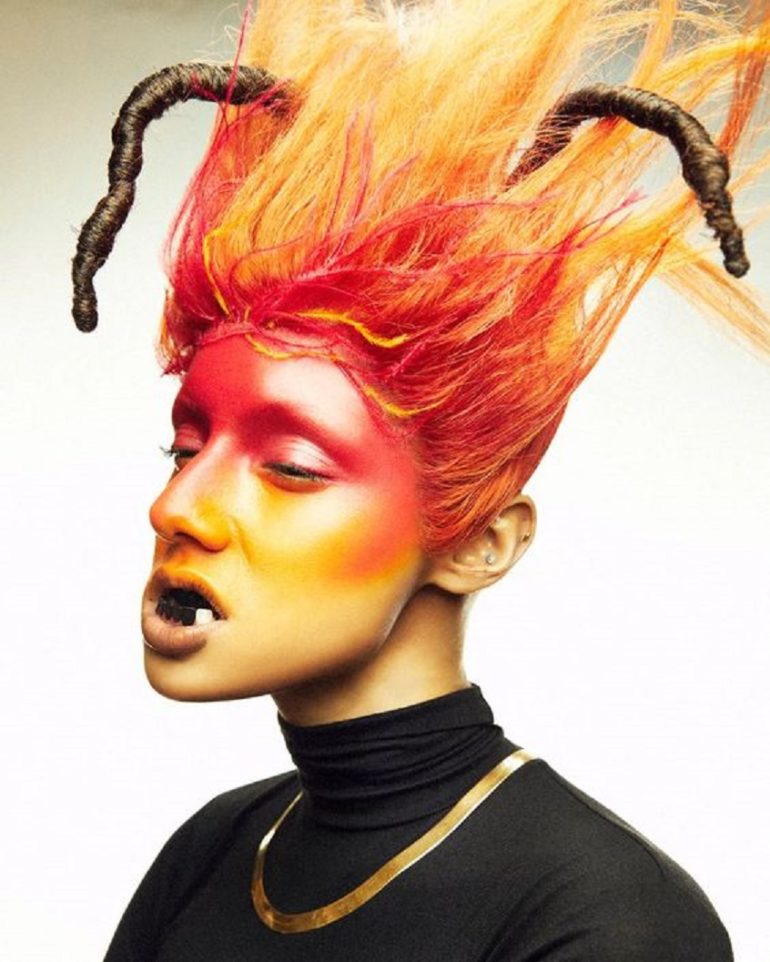 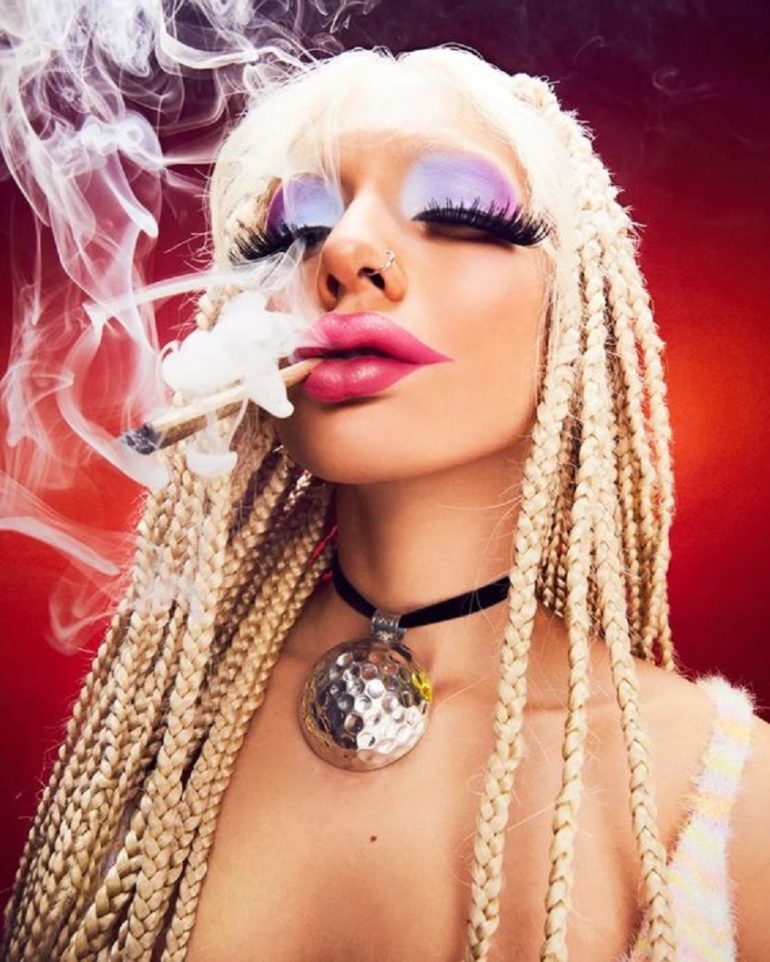 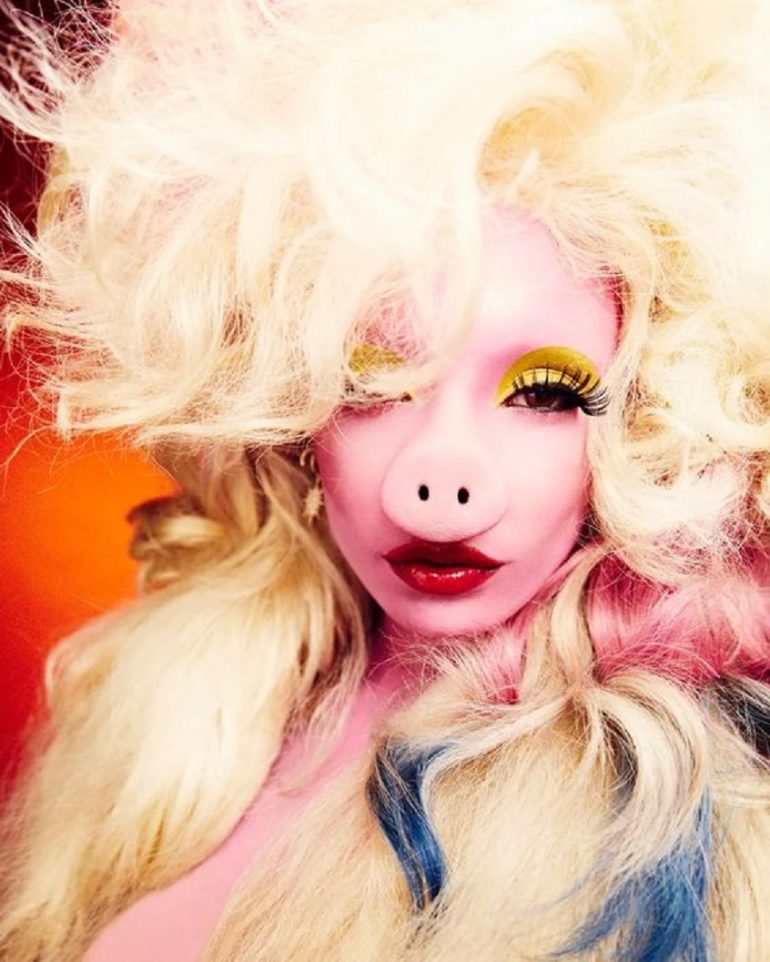 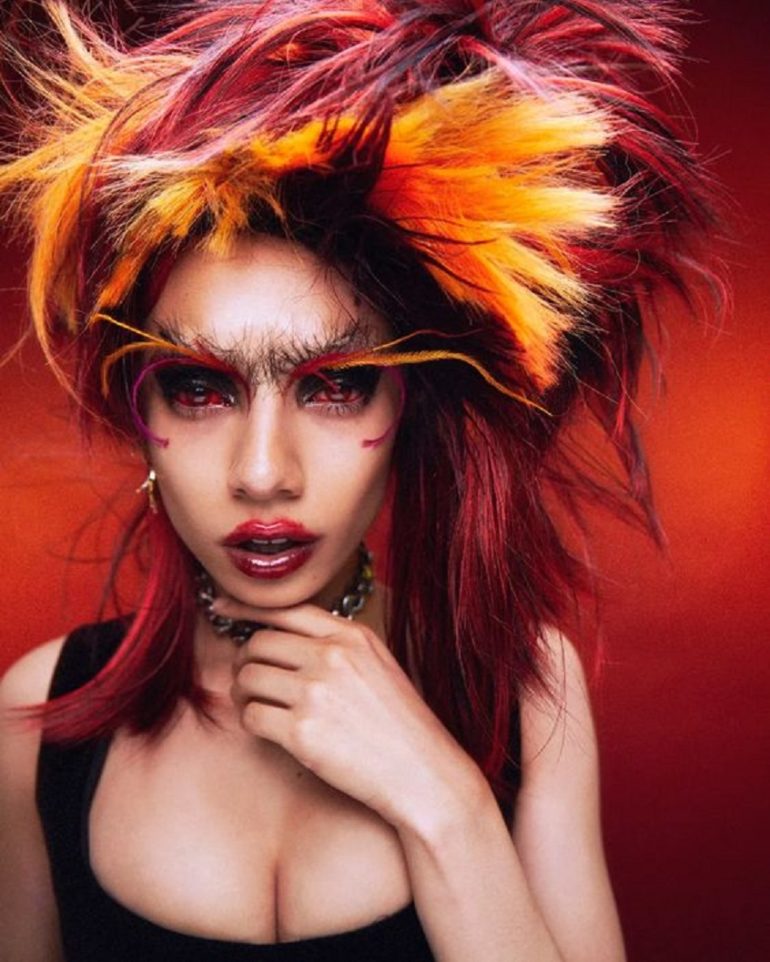 Jazzelle Was Born Free 2 Be a Unicorn