Lily’s Lure is Legit in MONIED, SOCIETY, SUBMIT. Lily McMenamy lets her new talons tell a story in ‘Unspoiled Monster‘ by Cameron Postforoosh for 10 Magazine, #63 A/W 2019. We are Swimming in the Shallow End. We need Depth to Survive. Damien Neva’s write-up for Next says is best… she has dipped her digits in wax. As a writer, I’m not gonna touch that divinely structured sentence. It clearly captures the essence of what’s to come. Animalistic in it’s appeal, her body begins to speak. Donning Dilara Findikoglu’s red sequined jumpsuit, she perches down on all fours. Postforoosh uses both the absence/abundance of light to tell a story of strength. The costumed effect isn’t an identifying marker, rather, it appears as part of the revealing process. Filling each image with endless possibility. It’s said that predators get down, as far as possible, as they prepare to pounce. I see no nefarious intent with Lily’s strike-pose, as it wields a streak of her wildness with poetic purity. Some models are capable of projecting beauty beyond belief. Others can take the intellectual element of story telling and take it to a physical level. Then, there are those who can do both. Need I say more!

Lily calls to the wild like an animal ready to pounce, as her body is bent down with talons touching the ground. Harry Lambert redefines what it means to be consistent with haute couture that captures the imagination. High design is meant to expand the mind. Each style appears both innocent and devious, simultaneously. Her dramatic hands influence almost every image. The decorated digits mix with the exquisite designs, making this tale a visceral masterpiece. It’s one thing to admire gorgeous pieces cut to perfection. But, to let the divine lines of fashion run the length of the body/beyond, takes concept of couture to the next level. Lily lets herself become one with the character. Giving herself to the process, thereby offering herself over to the act of high art. That is commitment!

Jenny Combs moves through this editorial with simple tools that are ready to strike with meaningful swipes. Her face is clean of all makeup save for black lipstick drawn over the mounds of her mouth. This is dramatic. Hers is not a mouth to be missed. Luscious lips, round with promise, tell a tale of too much. Like two giant pillows you long to fall into, these are the LIPS OF LILY. Passion makes a stand as art unveils in dramatic demand. Secrets are availed as we discover what’s lurks inside this lovely creature. Needles dangle from her face as spikes protrude from her dimpled cheeks. It seems strange that acupuncture and leather bondage could coexist, but they do. Under a sweet, unassuming stare she dares to bare upon her fare cheek a giant silver spike. Long tired of holding her dimples in, she lets them out as if the spikes are part of the skin. The look is strangely appealing. The spikes continue in a choker style around her neck and down her front frame in the form of suspenders.

A repertoire of randomness takes shape as opposing elements work in the same space. Her jagged teeth, a bit too big for her mouth, sit somewhat crooked forcing the lips to part in a perfectly imperfect way. Beautifully strange. This is pretty punctuated with personality. Never have features been so alive. Lily’s skin longs to reveal. Coverage can disconnect. Jenny Coombs rejects the idea of indiscriminate application, instead relying on subtle swipes of skin shades, producing a tone-on-tone masterpiece. Like berries just off the vine… her lips are ripe, requiring but a light swipe. Enter guru Kota Suizu. He introduces a blend of wigs done in the tonal hue as her natural hair. Giving the illusion that she has cut and regrown her hair in remarkable time. Each image is an extension of exploration. Like a sculpture with clay, Kota approaches the hair with the same level of artistic intent. Thereby getting a result that reads more like an art installation. Ever moving… ever flowing, each shift appears to come from an internal source. Kota Suizu invites the fluxating lengths of Lily. Asymmetry brings us back to the day when hairstyles was more about the statement being made than the beauty being had.

This is a tale told to inspire the mind and to incite the body. To think is to move. Lily doesn’t just wear these designs, she seems to embody them in ways all her own. To do that you have to have the soul of an artist. Lily lives, eats and breaths avant-garde artistry. I’ve known this since first covering her, years ago. She didn’t just follow in her fierce mother’s footsteps, she embraced her methodology of modeling. The McMenamy women have a unique way in which they connect with the camera. That may sound passe, but I mean it in the most respectful way. Kristen and Lily have a legacy that will outlive the current trend of treason (dramatic, I know, but I call as I see it). Whereby the industry has been temporarily taken over by a group not suited to stand in that position. It’s simple. There’s a depth that’s missing. It’s so clear to me when viewing something at this level. Her elevated expression aches with an eloquence only the truly gifted can understand. A beautiful ache that permeates every piece of the page.

Lily’s Lure is Legit in MONIED, SOCIETY, SUBMIT for 10 Magazine 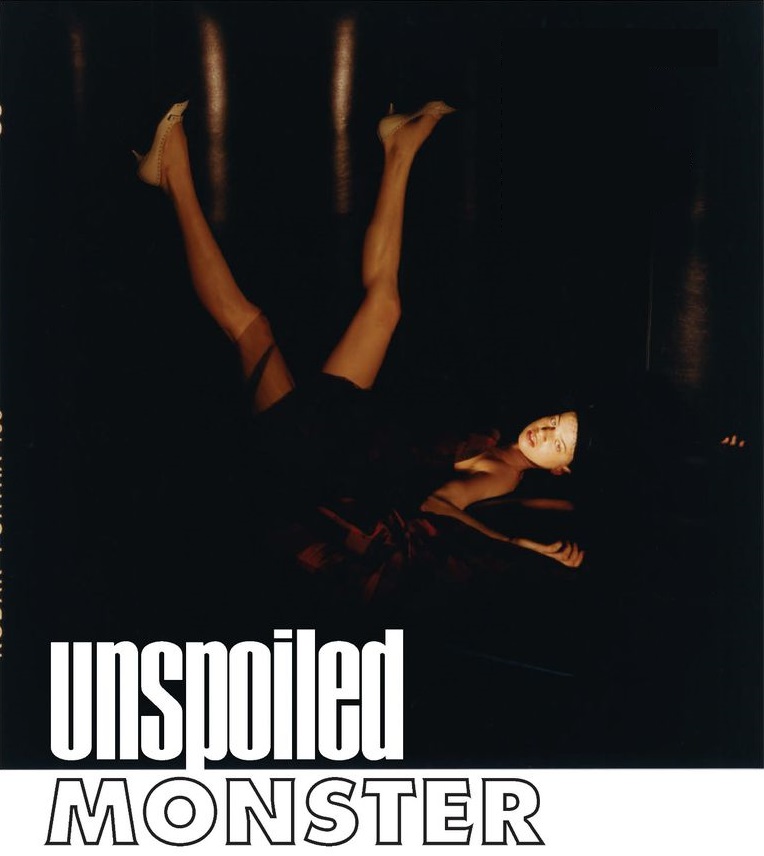 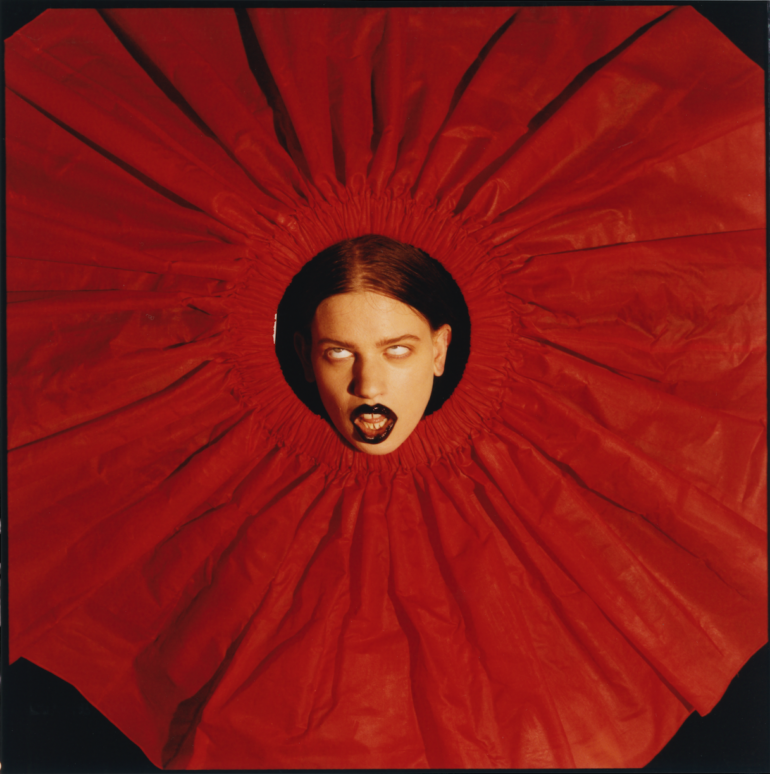 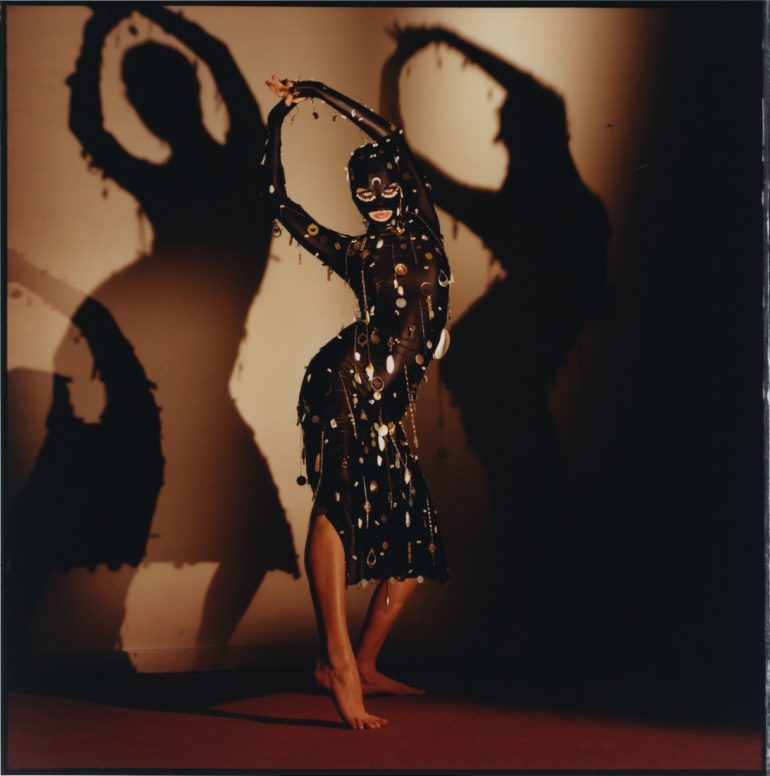 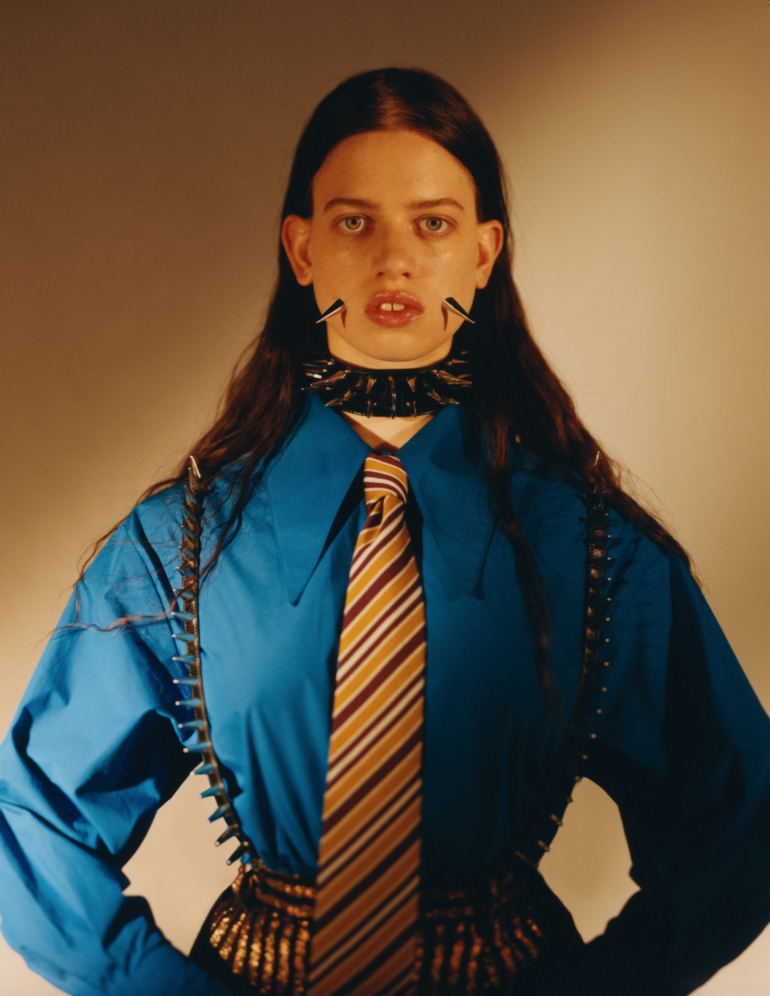 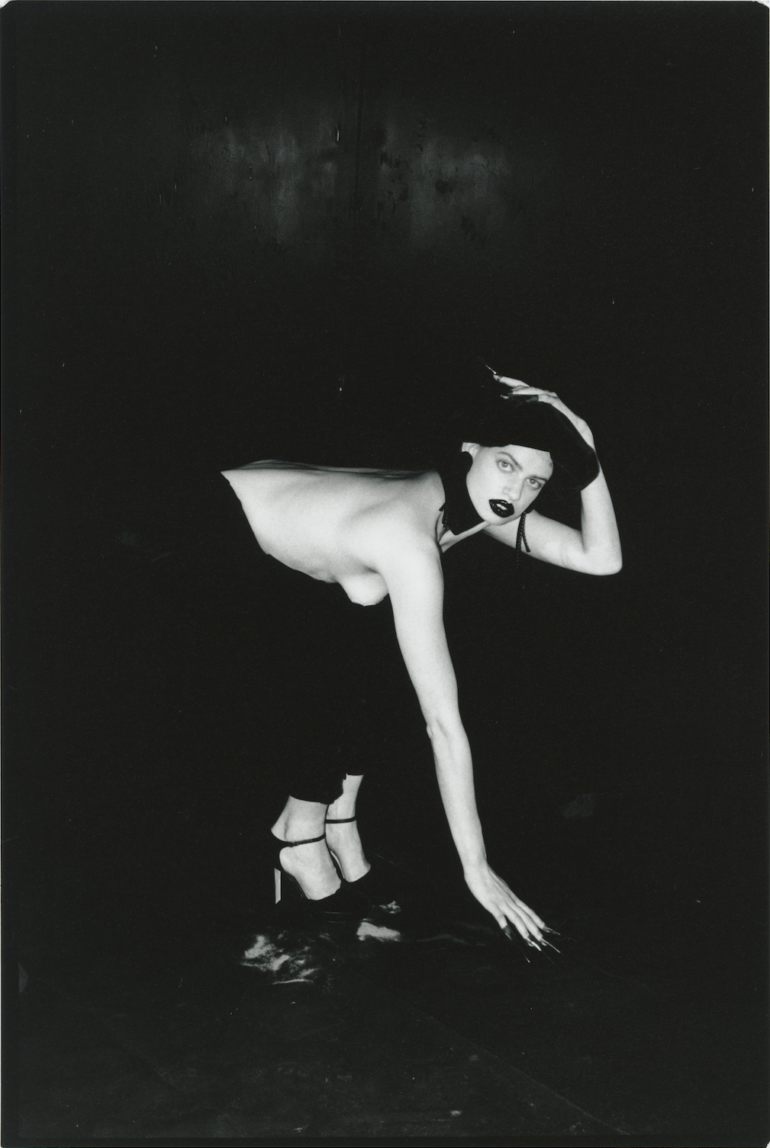 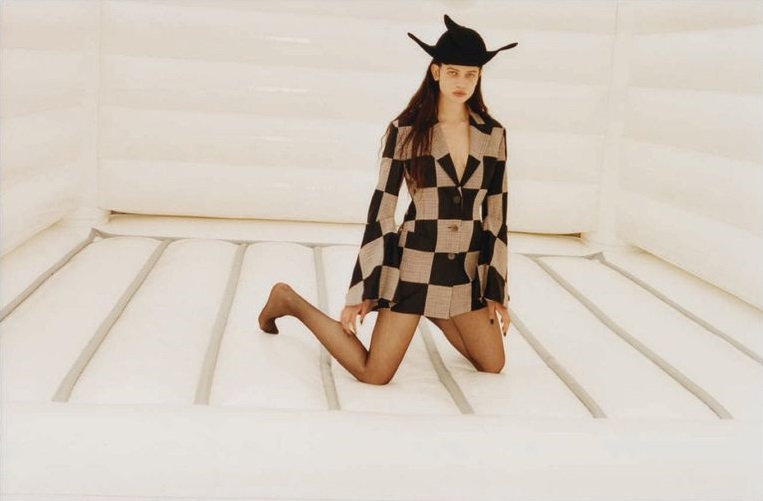 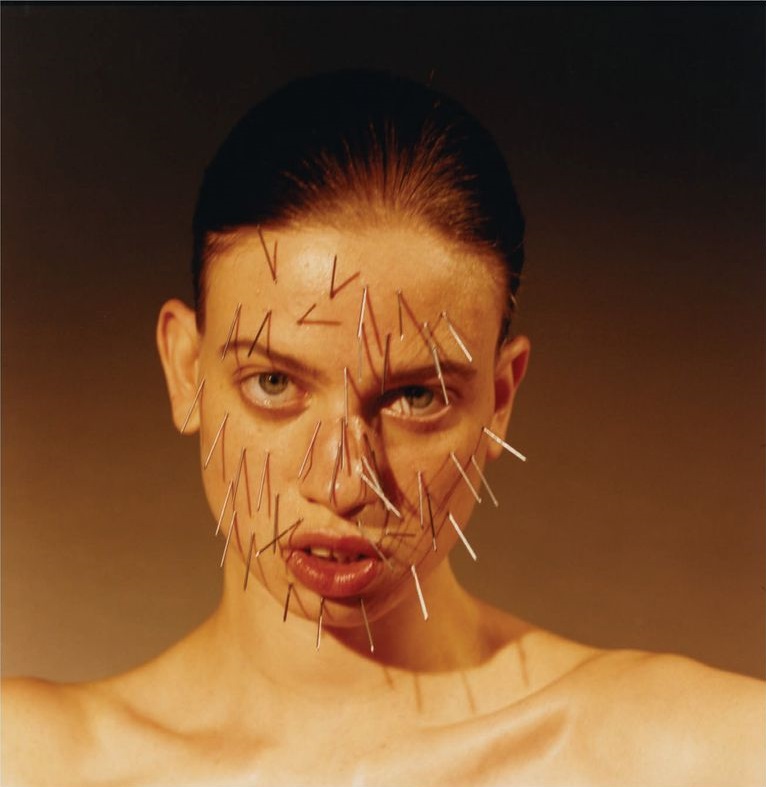 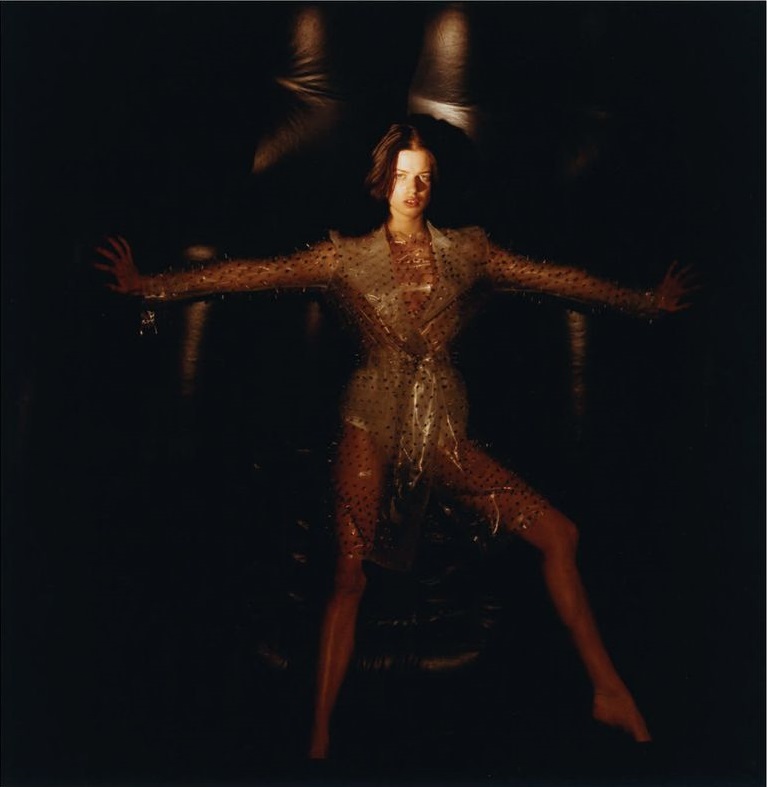 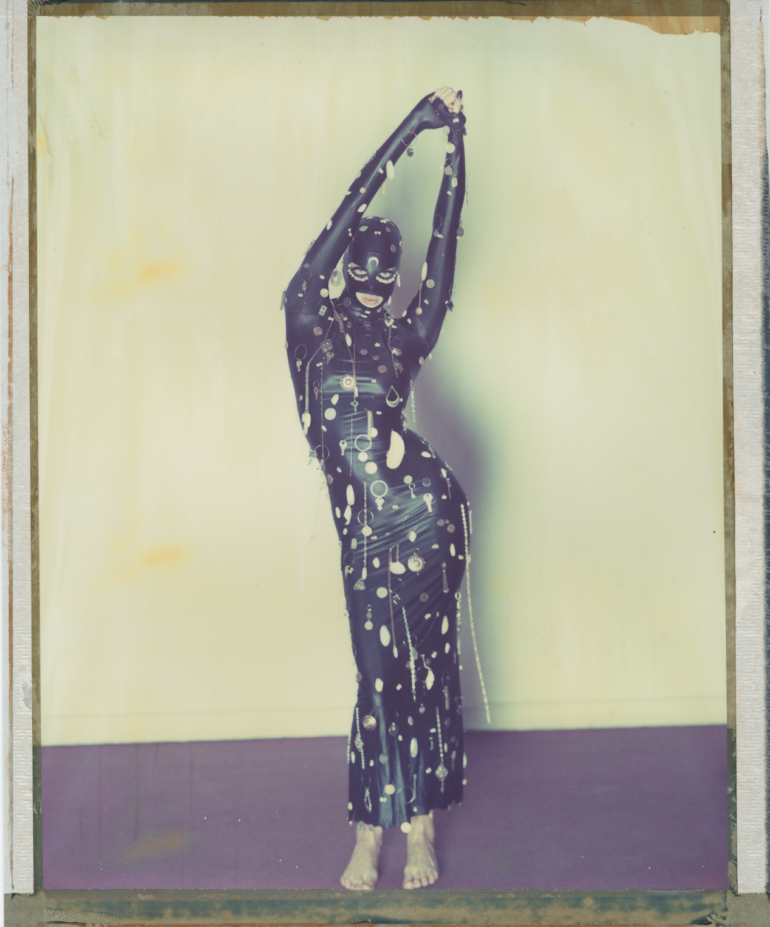 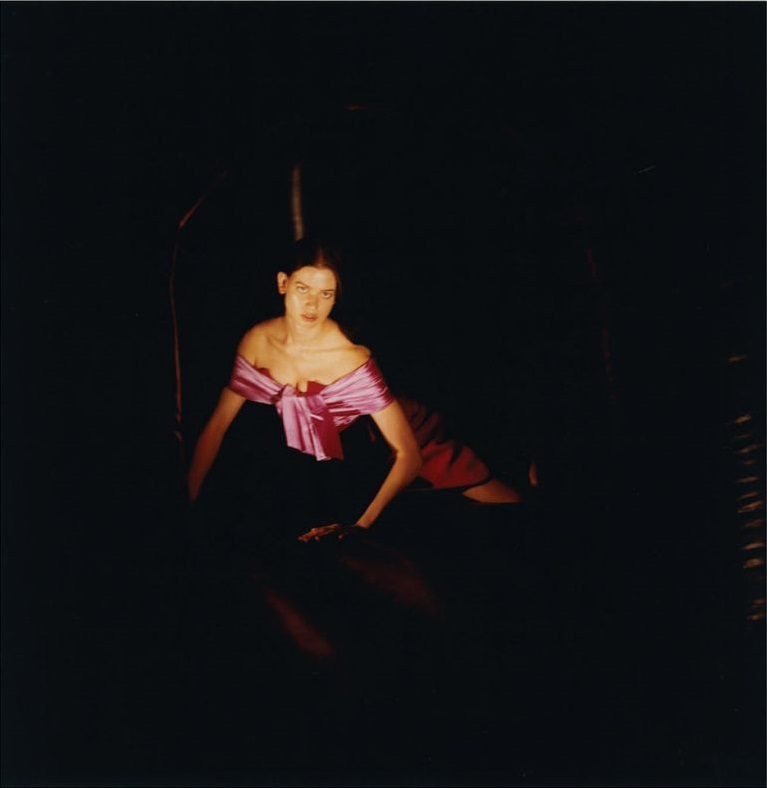 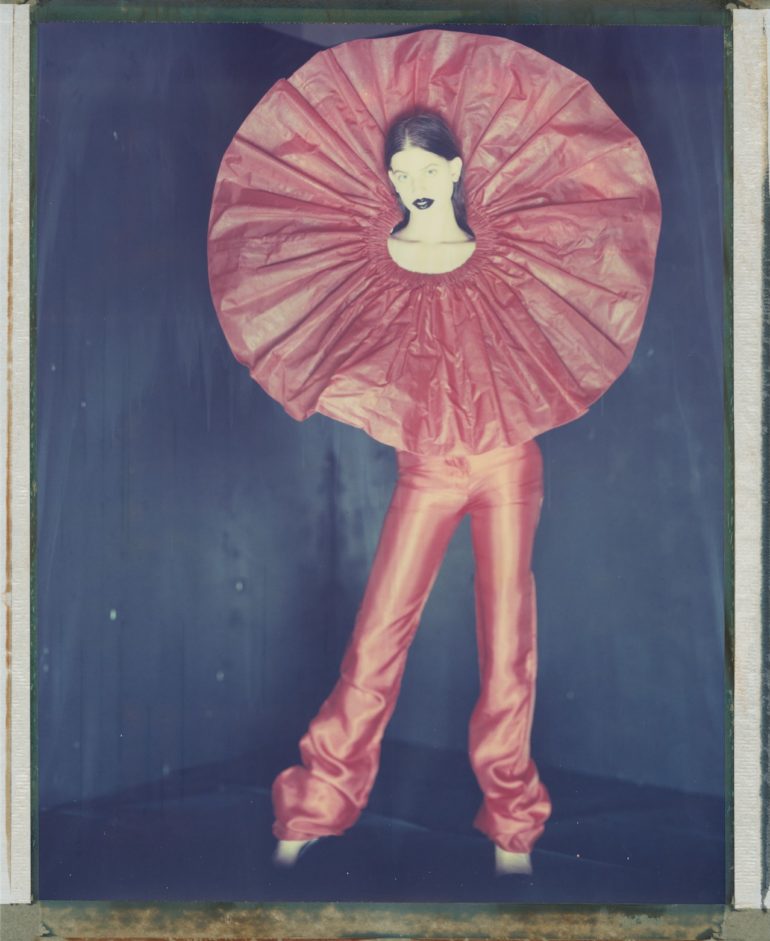 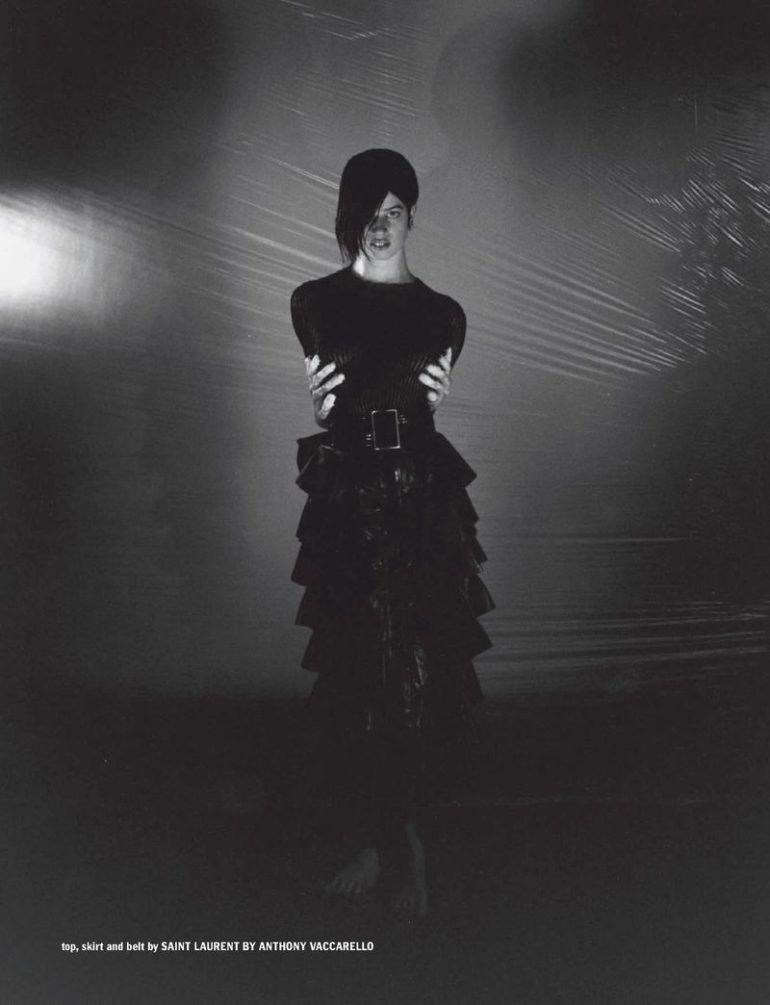 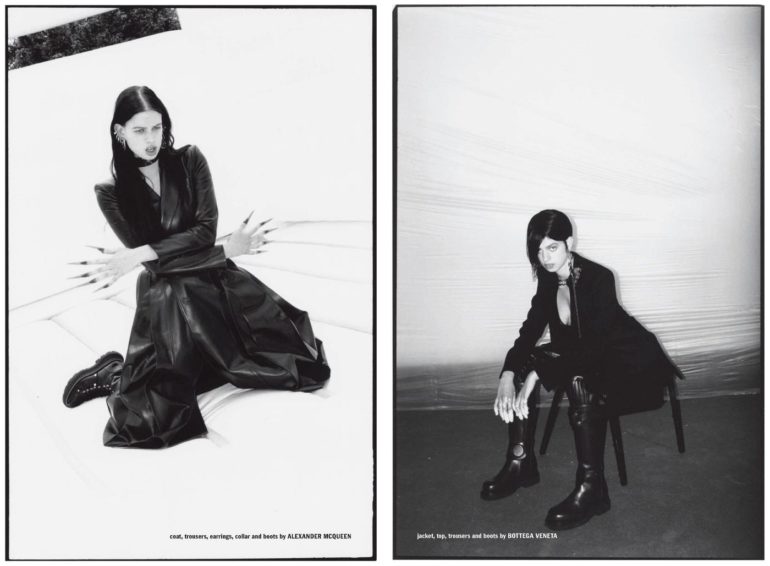 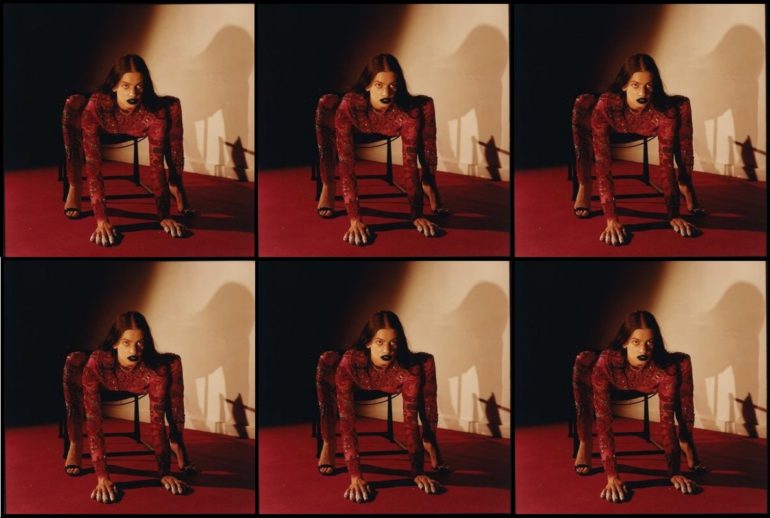 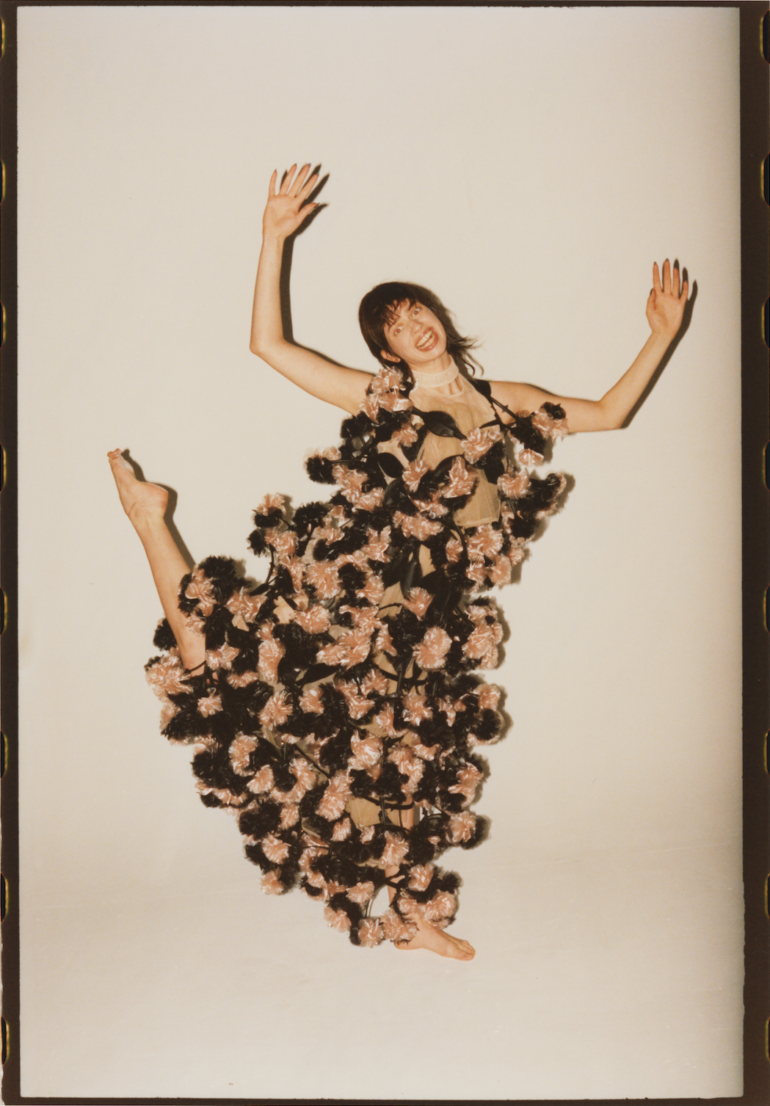 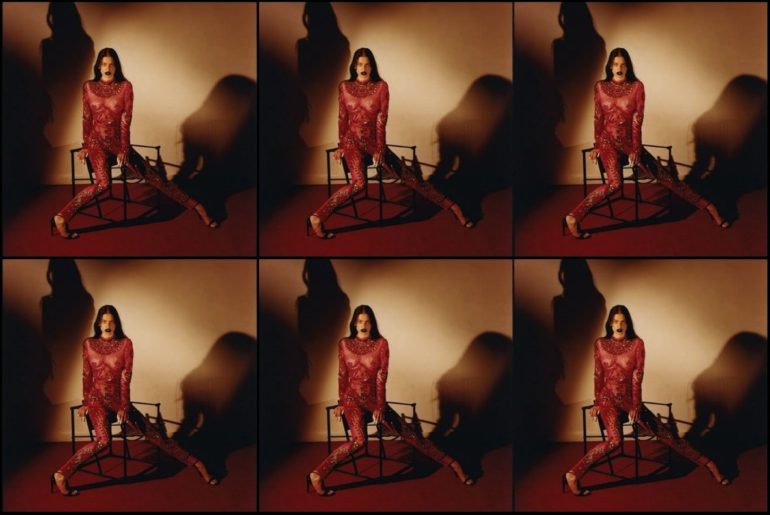 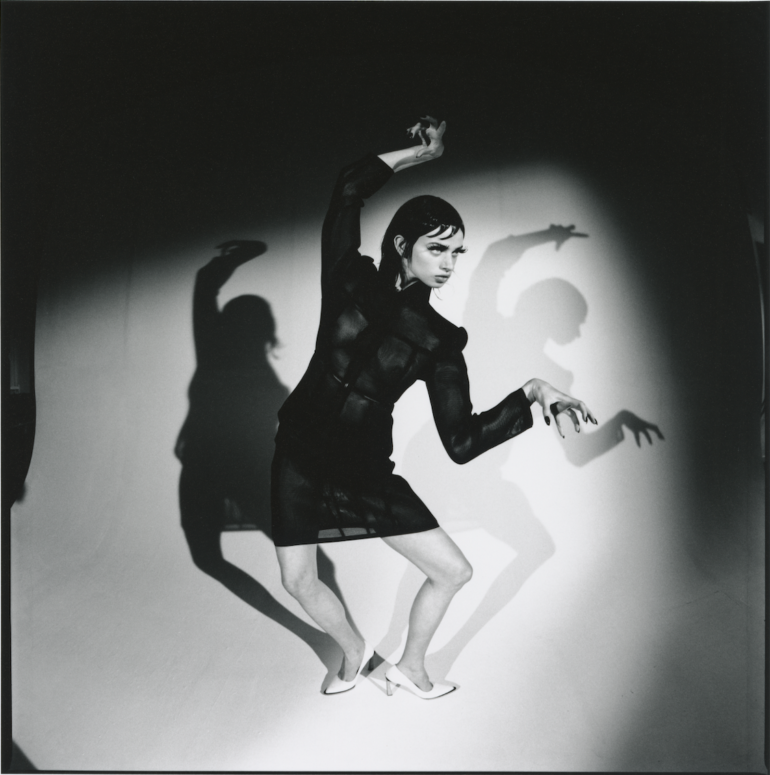 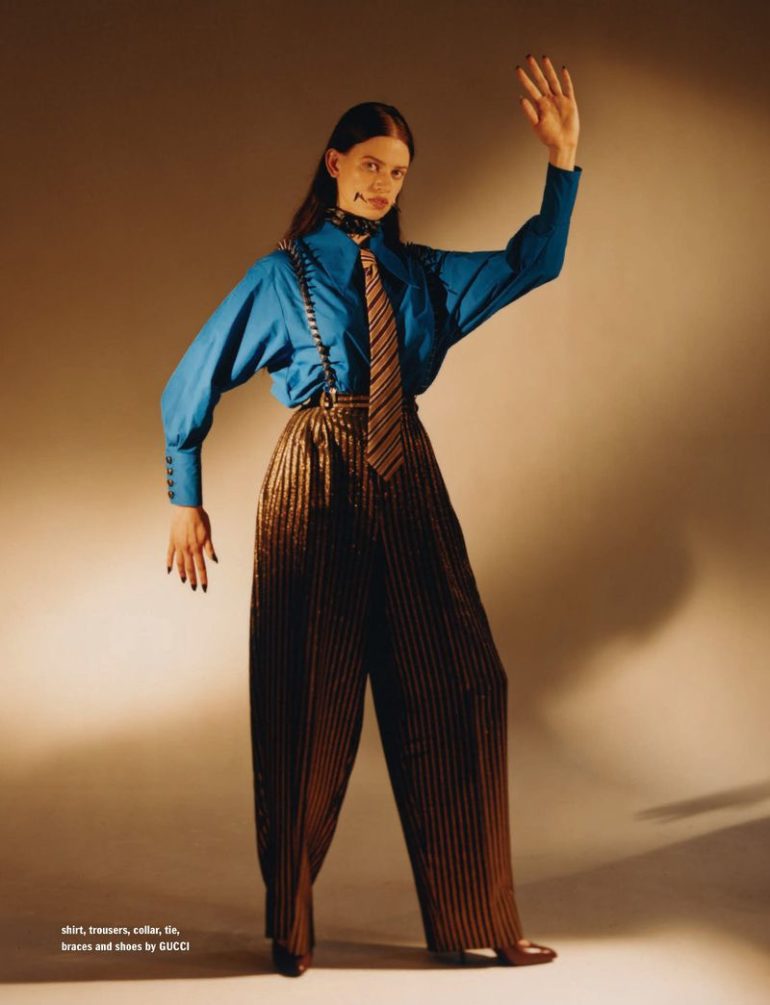 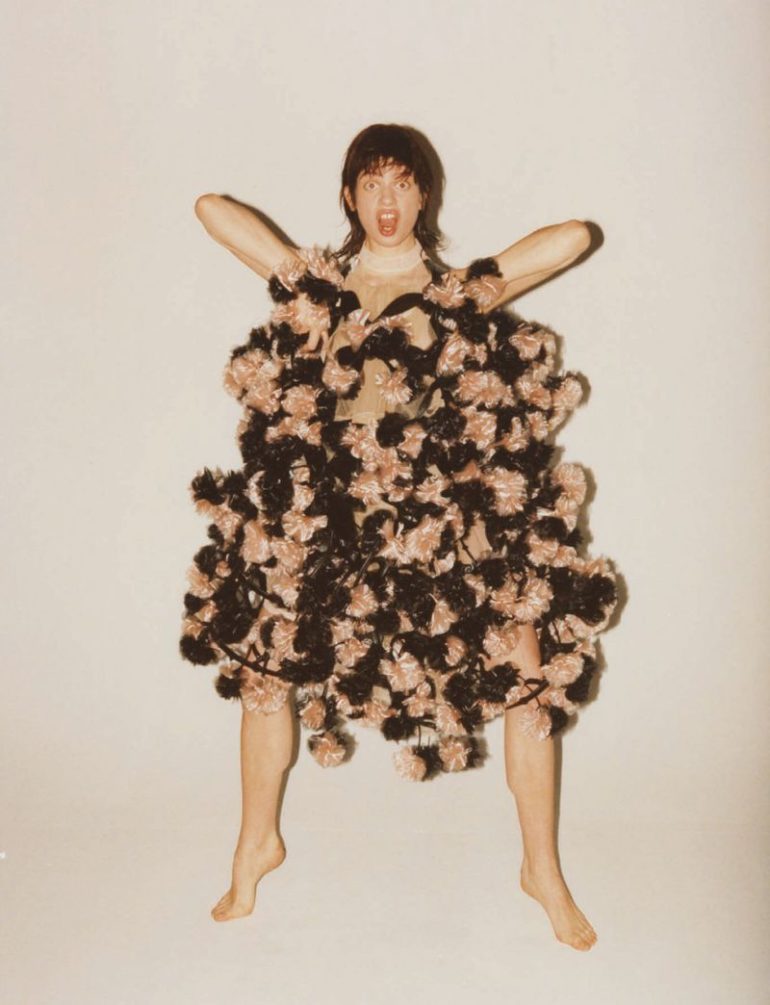 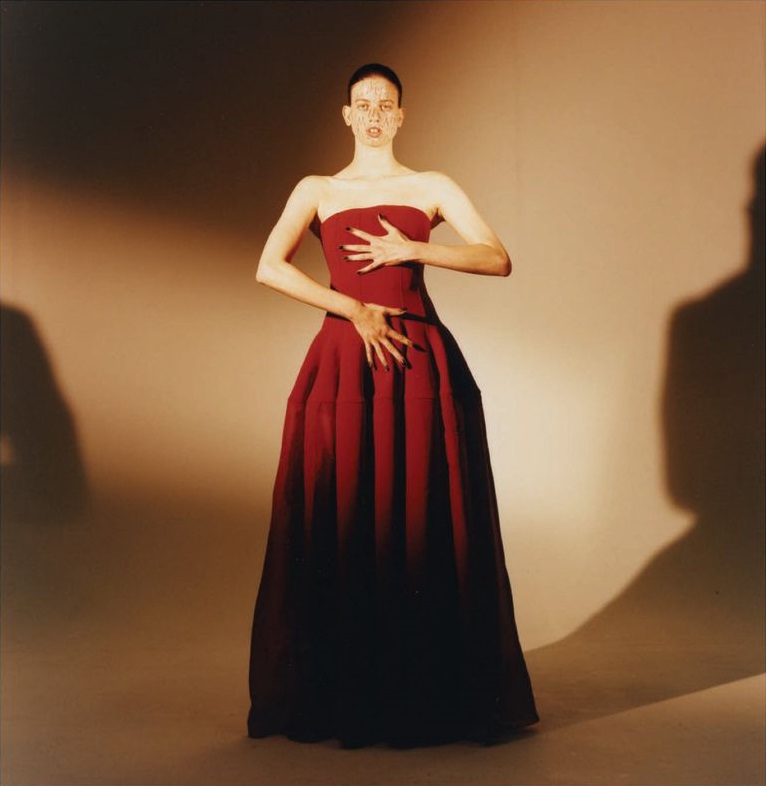 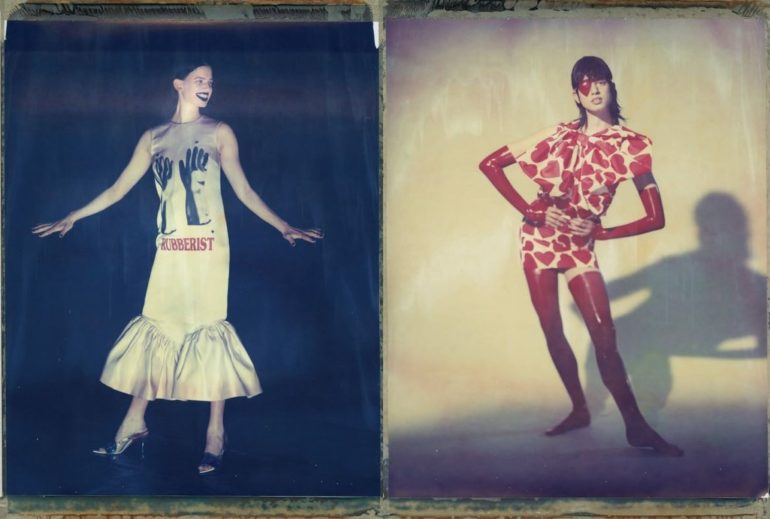 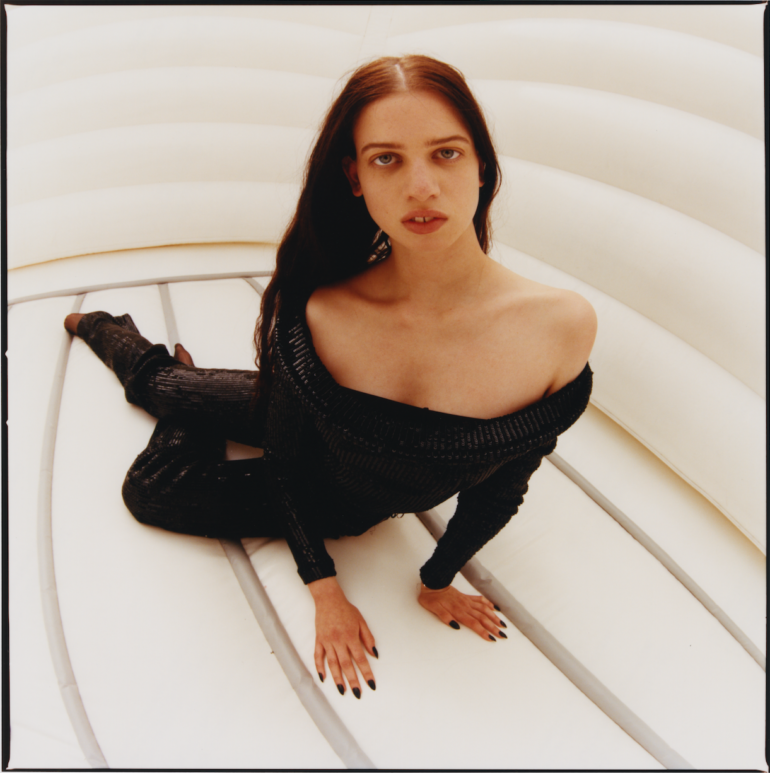 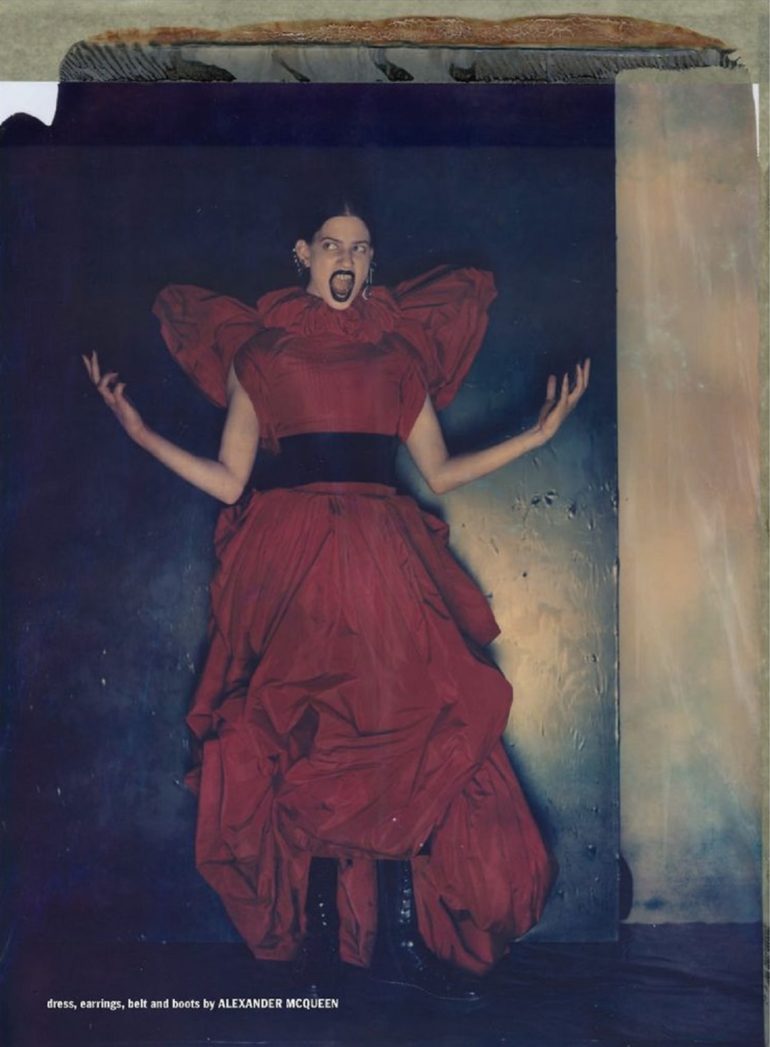 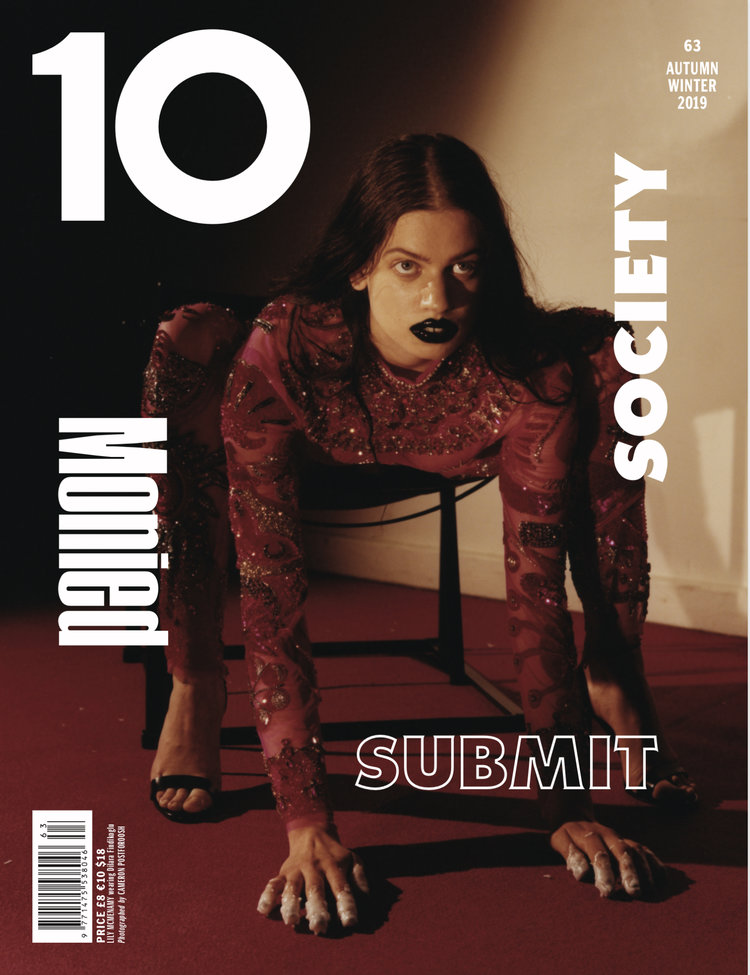 Lily McMenamy 'Nothing Sticks' by Charlie Engman for Garage

Lily McMenamy is 'Born to Be a Star' by Alexei Hay