Cassi Priestly brings this line to life by Franco Velastiqui for Flaunt Magazine, October 2019. You Don’t Wear Kaimin… Kaimin Wears You. In the most exquisite way. Like a beautiful butterfly with blackened wings the fabric spreads and there it sings. This explores the archetypes of the mind. Rich images are alive with an undertone of dark decadence, while a silver sheen envelopes the couture completely. A silk pantsuit shows in metallic material, similar to the winged format above. Artful in shape eye-defying in shade, the sheen makes the dizzying style appear lustrous. The neckline is extraordinary as it open all the way across the upper band, including the arms. Giving it the illusion that the top has blown off. Fabric is pinched into tiny floral sections and tipped with dark ends. Highlighting the smaller sections. Making the entire construction mimic a garden paradise. This dynamic dress is made with voluminous arms, attaching the front/back, and then sewing it into one cohesive piece. Black leather ties the sides together leaving just enough skin to make those who are shy… quiver.

The Art of Kaimin comes into view, as she shares her conceptual tone in an inspiring interview done by Morgan Vickery for Flaunt. “I grew up an outlier in a homogeneous society, so I feel my clothes have to speak to things beyond style… including social and economic inclusivity, as I feel everyone deserves a voice.” This is a compelling interview and worth a read as it really allows you to get inside the mind of this mental creator. It’s not a foregone conclusion that those who make incredible wares will exude the power it takes to contemplate. To be frank, not all designers are Philosophers at heart. That’s why it really is so exciting when someone has a natural instinct toward this line of thought, then shares her ideas with the masses. I call it the all important Fashion Philosophy Concept. It is what Fashioncow was built upon. Priestly vibes in 70’s shimmer with silver fringe riding down the whole of the gown. Noah Diaz takes us from sleek and shiny to soft and bubbly, a notion that tells us this is as much about the visual presence as it is emotional connection.

Kevin Cheah delivers an eye like no other. Here his application process is so exciting, he makes small changes that feel like giant steps in the makeup arena. Black eyes divide our attention from fashion to the face. Her piercing gaze is intoxicating. In one shot she stares straight into the camera not breaking her gaze. It’s intoxicating. A dark, cream shadow surrounds the entire eye albeit a thin line that runs down the center of the upper lid, showing the skin below. The result is subtle, but amazing. The sleek shape gives the eye distinction, as sharp wings are drawn from the inner eye to the outer corner and all the way around. Done in a distinct shade of black, these winged eyes meet the edge with a sharp line drawn directly above the shadowed surface. Modern Makeup is an art as Cheah’s work redefines how we view the orbital arena.

Takuya Yamaguchi creates a 70’s inspired geometric cut that mimics an asymmetrical bob. This black wig is perfectly imperfect with purposely uneven sides. Embracing the Utopian nature of this line, while honoring the edginess of the story. Mid-length bangs cut straight across the forehead, except a section in the center called the widows peak. This dramatic dew enhances the avant-garde eyes and super-sleek pantsuit. She then morphs into a blonde bombshell with a neo-version blunt bob. Cassi captures our imagination with razor sharp bangs and a long silhouette, giving a more modern version of this style. Donning a tinseled wig it looks as if she’s stepped into a dizzying dream. Beauty basks in the art of tomorrow weeping in the shadow of today. Truth Triumphs as we are in the midst of what I refer to as a Realistic Renaissance. 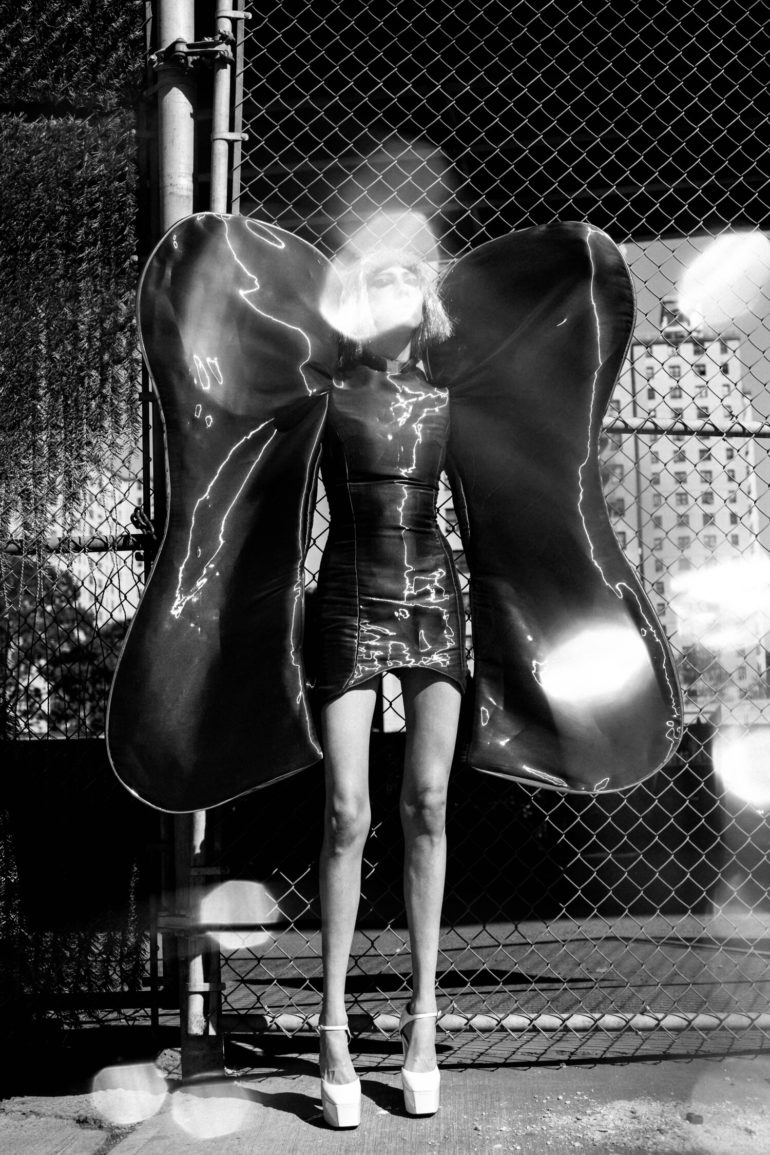 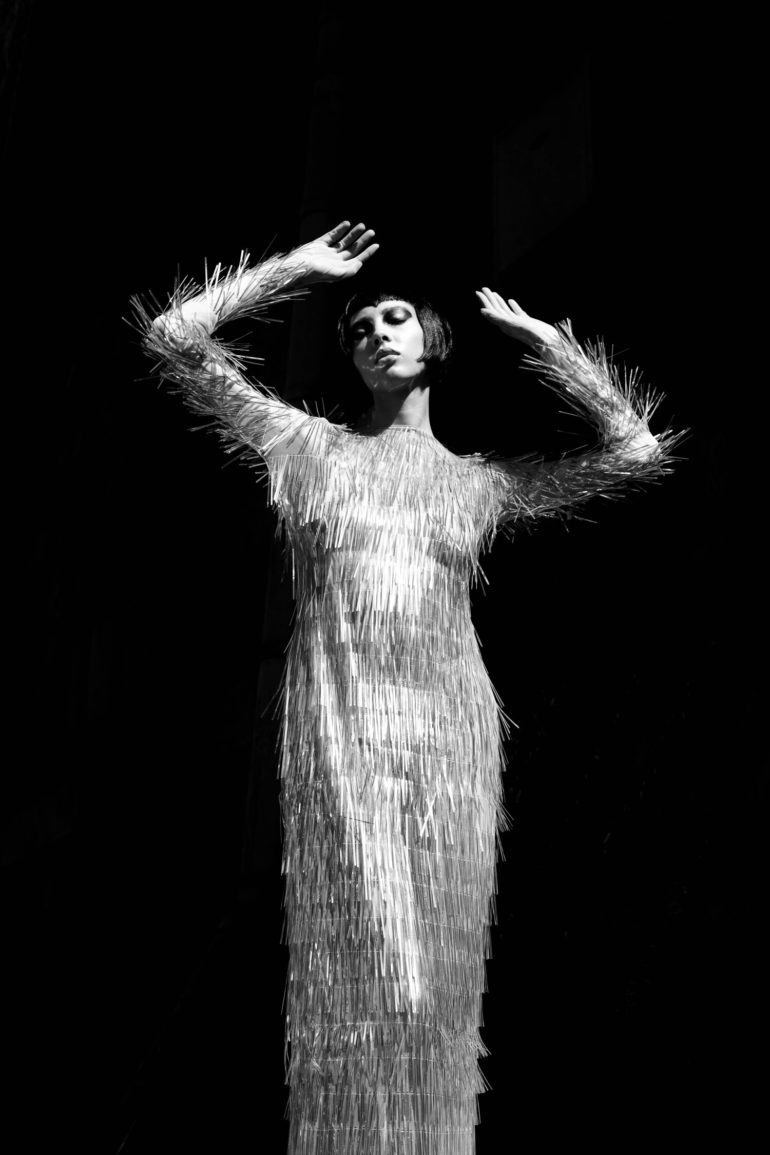 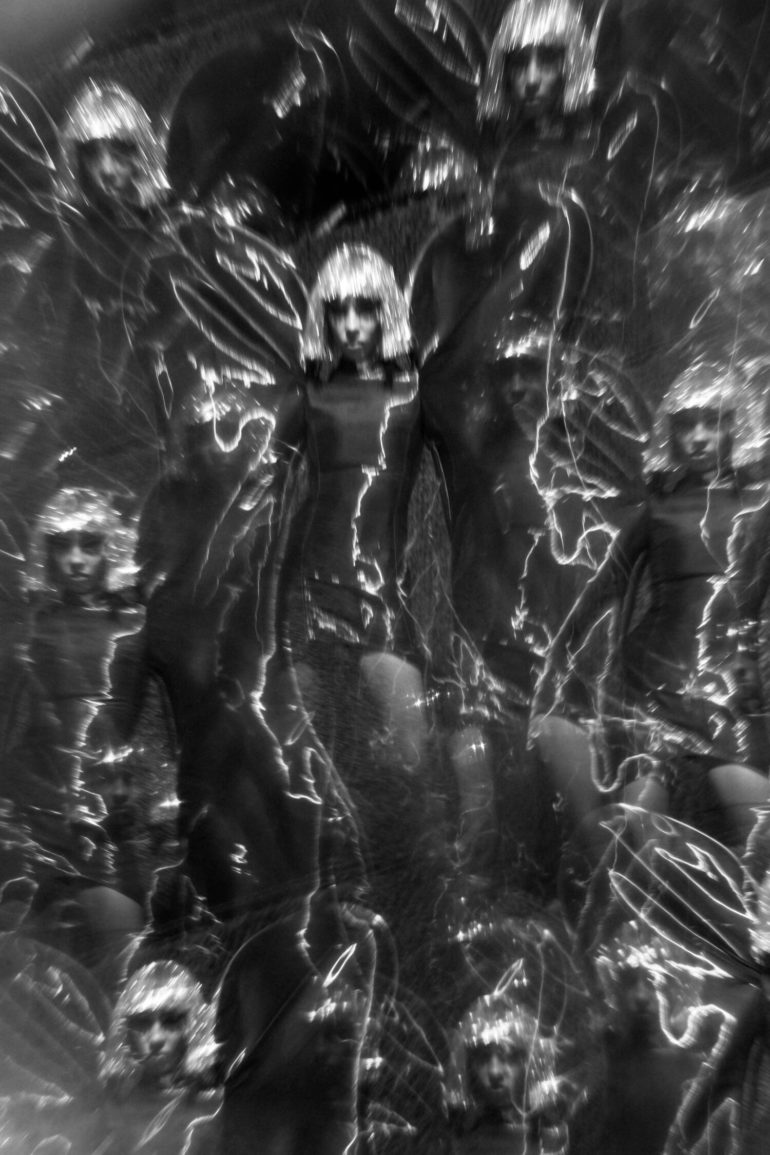 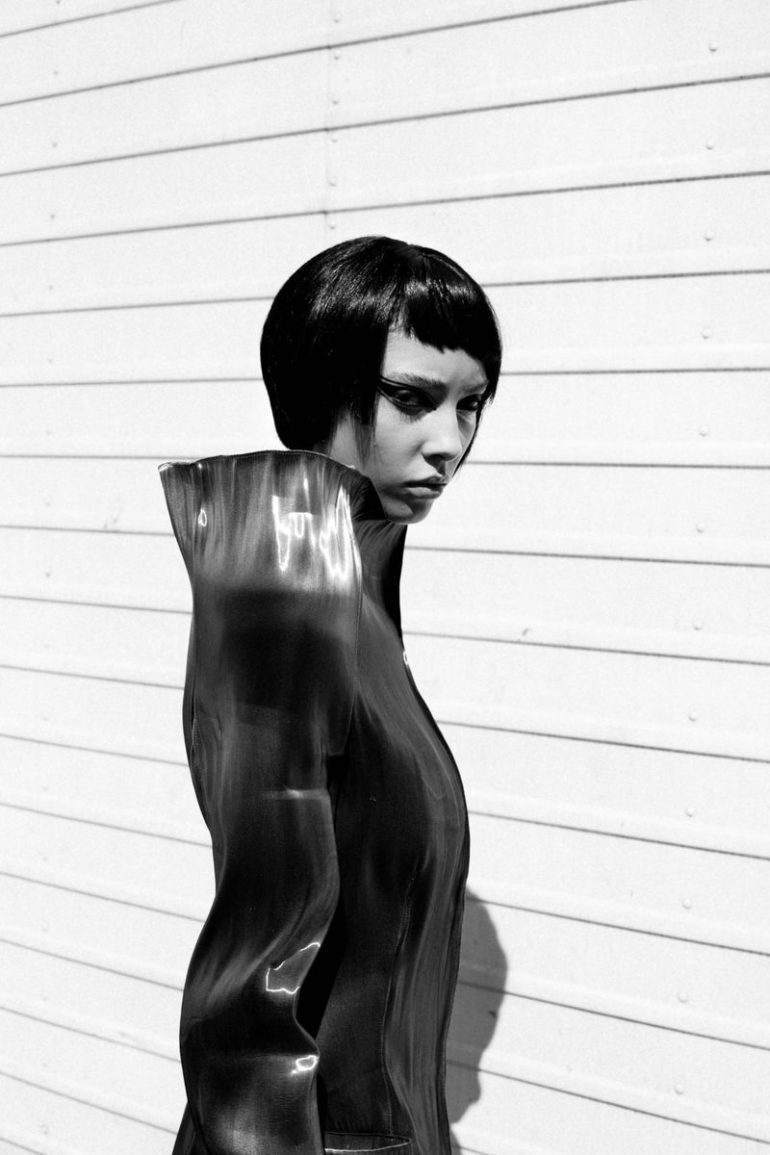 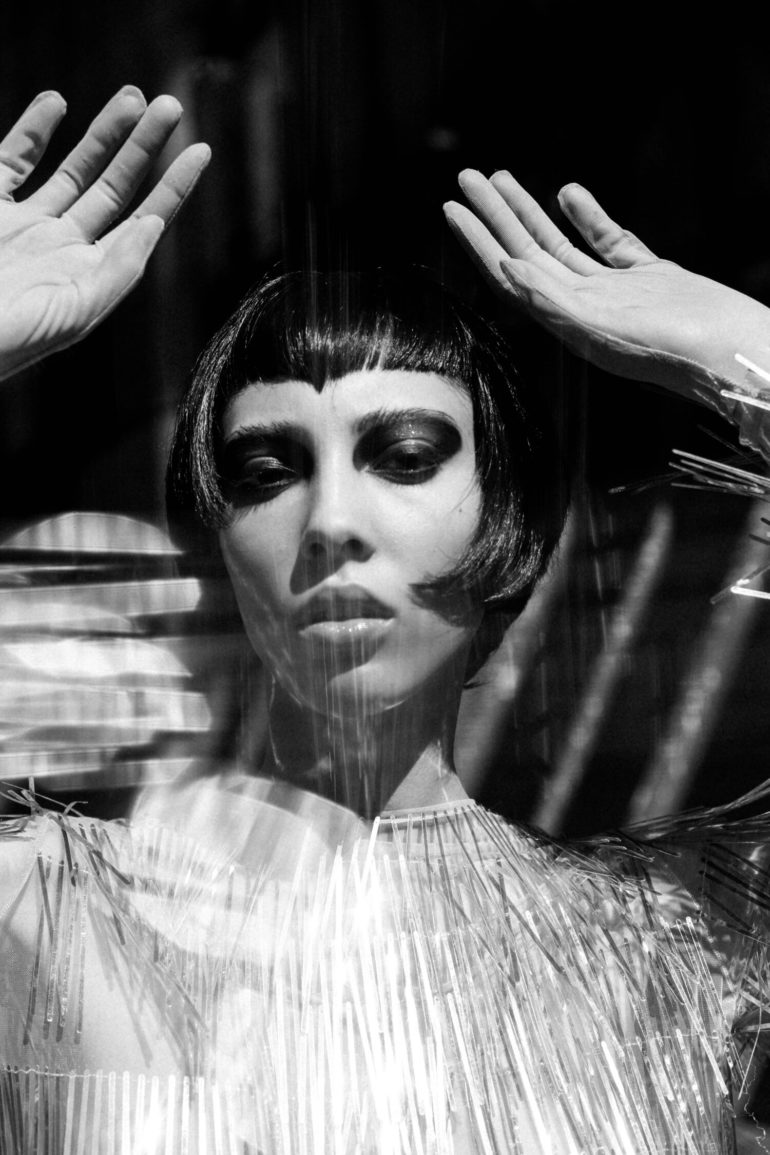 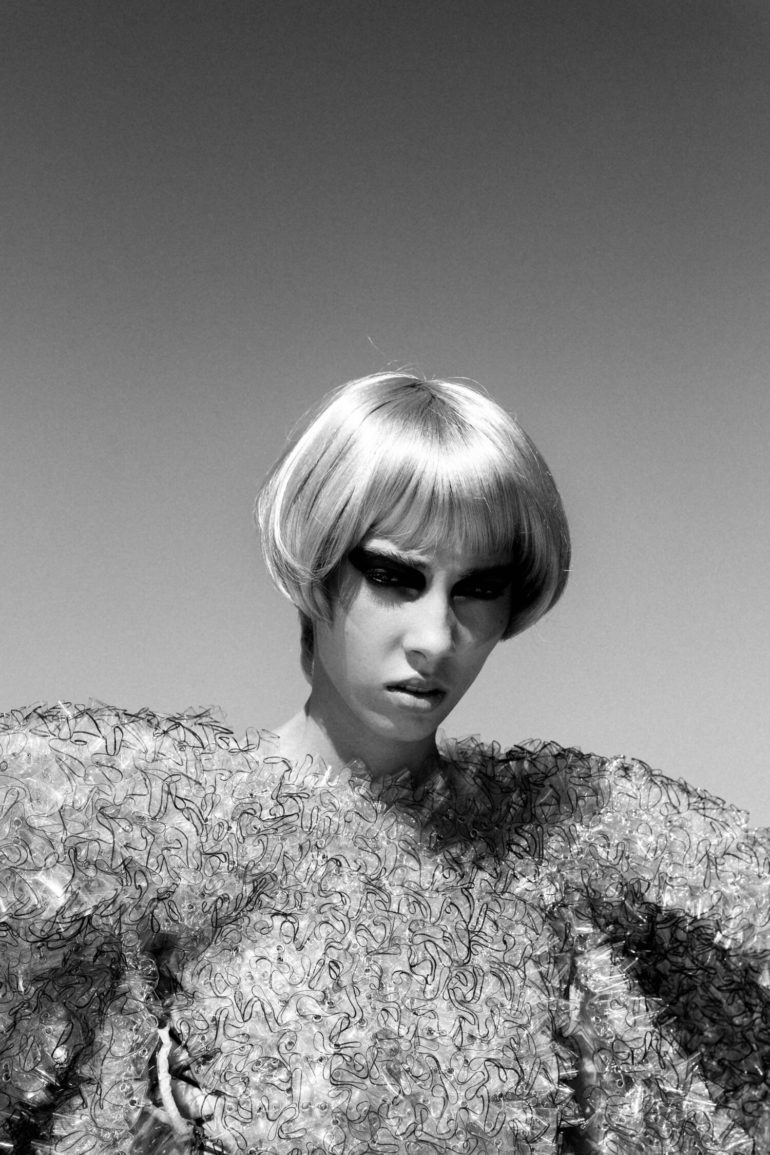 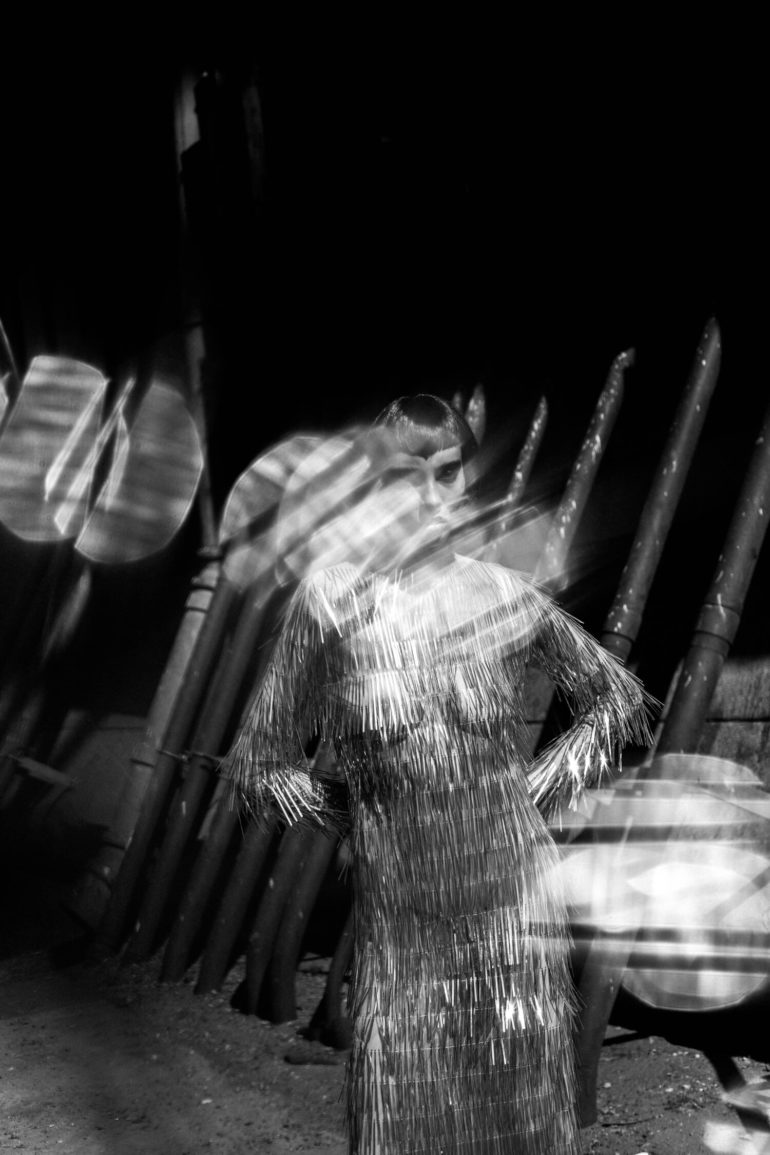 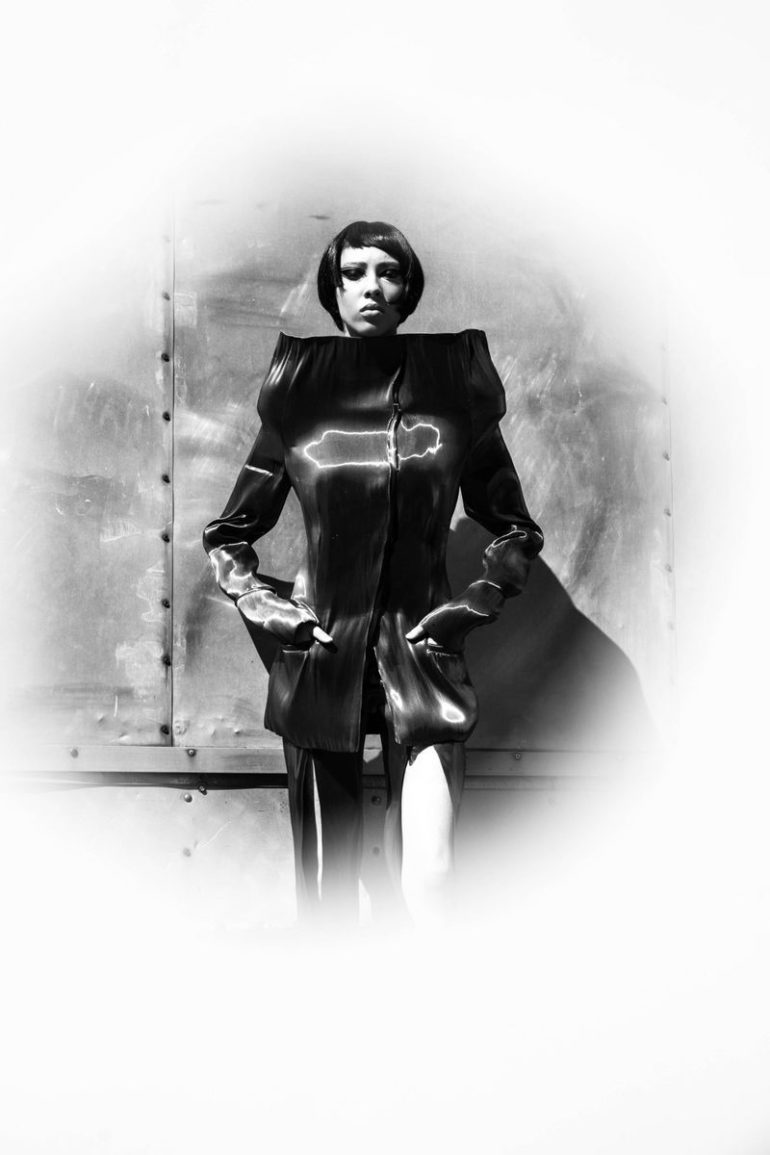 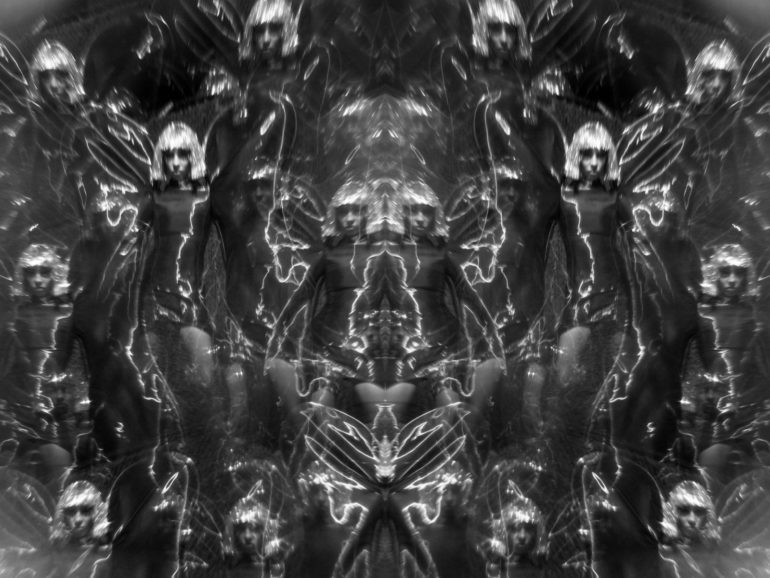 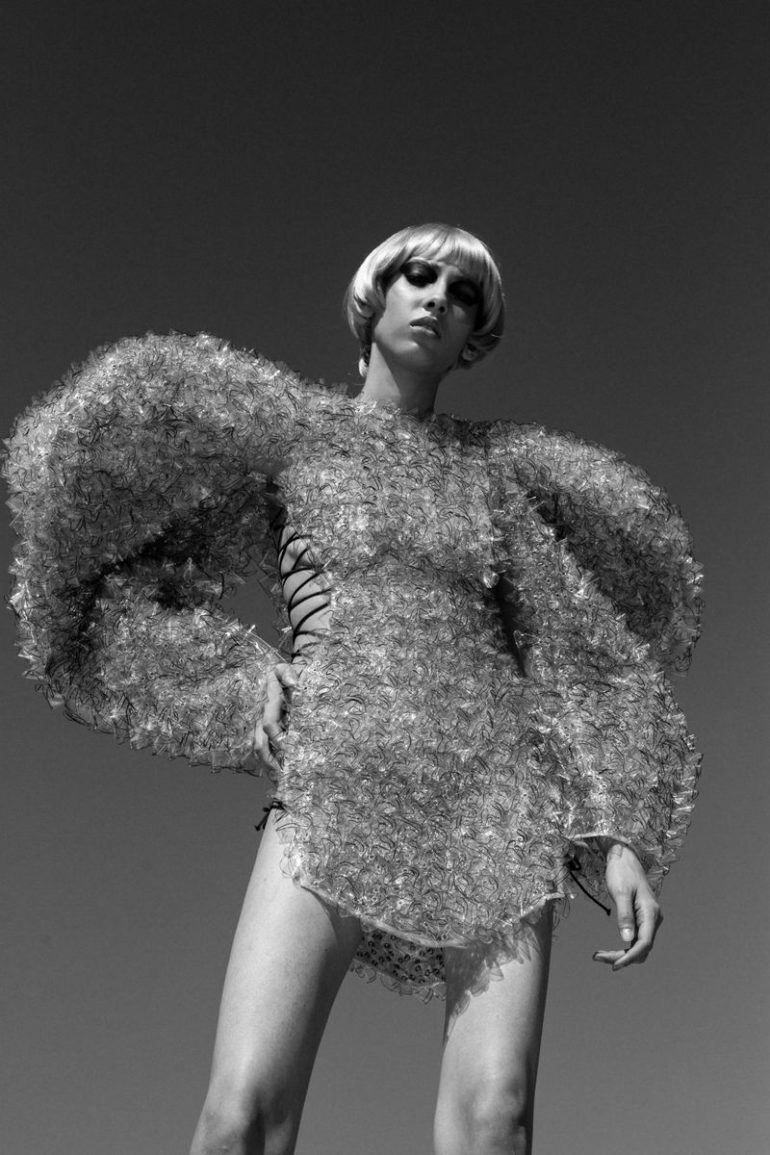 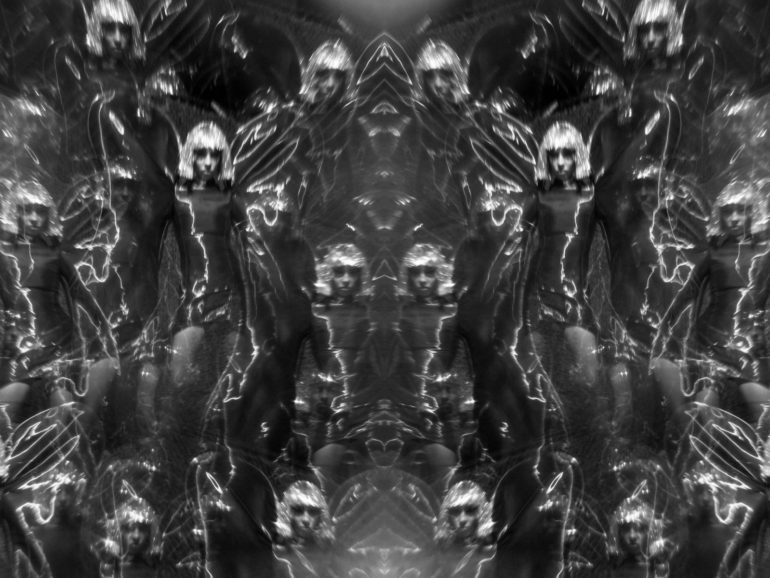 'Do Androids Dream of Electric Sheep' for Flaunt Magazine

Robin Hölzken Gets Up Close and Personal in Flaunt Magazine