Alessandra Ambrosio gives Sustainability’s Siren Call in ‘Earth Mother‘ by Yulia Gorbachenko for Harper’s Bazaar Arabia, December 2019. Shot at Zaya Nurai Island off the shores of Abu Dhabi. An exquisite destination that claims to be a piece of paradise like nowhere else, is substantiated in full by these incredible images. Alessandra covers the Sustainability Issue in a story that honors her work with the UN’s initiative #TOGETHERBAND. Her passion for the world, and how we work to save it, is apparent in these poetic pictures. Sinking when thinking about the pain of pollution, floating when she feels the freedom of the sea. Beauty becomes, as her graceful limbs skim the water’s edge while her strong muscles anchor her down. There are some for which water has a calming effect. Others that see it as a spectacle of sight. And then, there are those who are called to the ocean like a bird to the sky. She literally comes alive under water. It’s a reverence of knowing. Capable and collected, her motions are purposeful her actions are strong. Soulful in her acceptance of things she cannot change. Even if it’s Just a Dream… She is Destined for the Sea… Built in Beauty… Brave of Heart… She Is a WARRIOR QUEEN ~ She is Pure Art! Spinning through the Cinnamon Sky Over a Rainbow is How We Fly…

Like a mermaid in motion she slithers through the sea. Half fish half fantasy… her body falls through the waves as her skin begins to take on fins. The artistry of Alessandra’s form is electric. High Fashion embraces the elements as each dress rises to meet the tide. Anna Castan uses gowns with materials that don’t just flow they literally float. There’s a rhythm to this story. A stunning variety of fabrics dance across the water as silk tulle swims with the sea. Breaking as each outfit takes shape. Each picture is a reflective event. Pushing past sentient pleasures submerging in the deep blue sea. Quietness awaits as truth becomes. The Art of Evolution Takes Wings. We morph through migrating change. Enamored with this aqua nation we open ourselves to view this world. Underwater Couture by; Schiaparelli Haute Couture, Christian Siriano, Tony Ward Couture & Hermès. Waves Crash Up as Truth Floats by, Asking the Eternal Question that Begins/Ends with Why…

Ambrosio stands at the ocean’s edge in a long, blue gown that beats down in a petaled fury. The deep color is cast against the darkened sky. Giving the illusion the dress blends into the night. A cast of cool colors bounce across the sea’s top and then submerge, reflecting under the water’s edge. Red wraps around like coral found on the deep ocean ground, while a white tutu sways to sounds of the sea. The water lifts and spins her around then moves in an orbital surround, as the sun beats down to create a bath of sheer beauty. Luca Cianciolo creates skin of the sea. Subtle shades are awoken by tiny pearls that have attached themselves to Alessandra’s eyes in an underwater dive. A headpiece matches this look in kind, with strings of pearls that fall over the hair. The noblest of winds will cast upon the open waters as the waves will crash upon the sandy shores. Art expresses itself in the vastness of distance. Swimming in the Salient Waters of the Sea…

Her head falls back in her hands as the sun falls over her face. There’s a world of wonder under the sea as this story aches to undercover the beauty of being. There’s a synchronicity to her even when she’s submerged beneath the calm water. There’s an equilibrium that is reached. There’s a knowing in her eyes. A purposeful glance that tells us all we need to know. To look at these pictures is to loose yourself in the art of the ocean. It’s not merely her beauty that makes me think of a mermaid, it’s truly her comfort with the environment. Fears are drowned as confidence abounds. Streaming, swimming, stroking and splashing all around. Don’t think just drink in the ocean air… From the Moon to You and Back to Me in a Gestured Hand of Harmony.

from you to me

that looks to earth

a healing place of we

in a gesture grand

to the spirit sand

don’t waste it be

in a watered way

of sky and land

in name and glory

is how we fly

as truth floats by 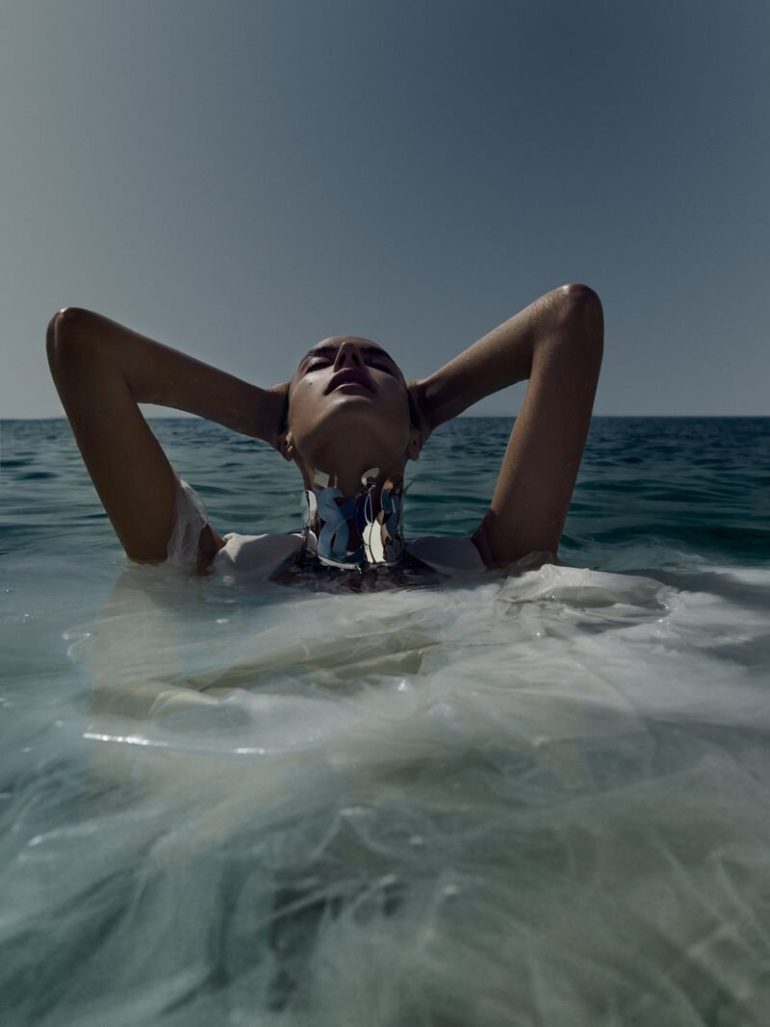 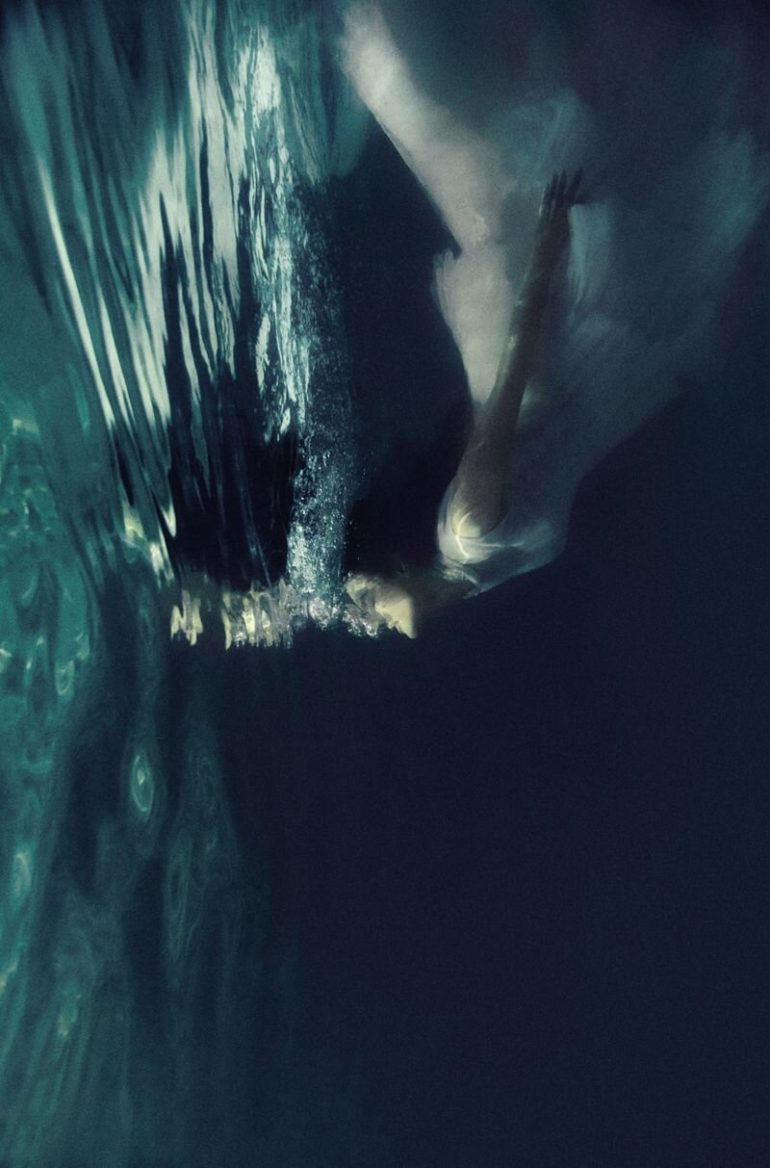 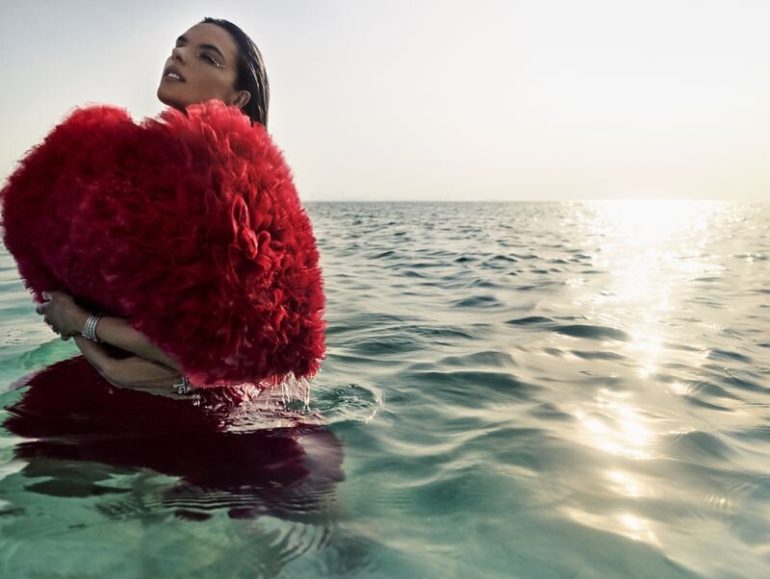 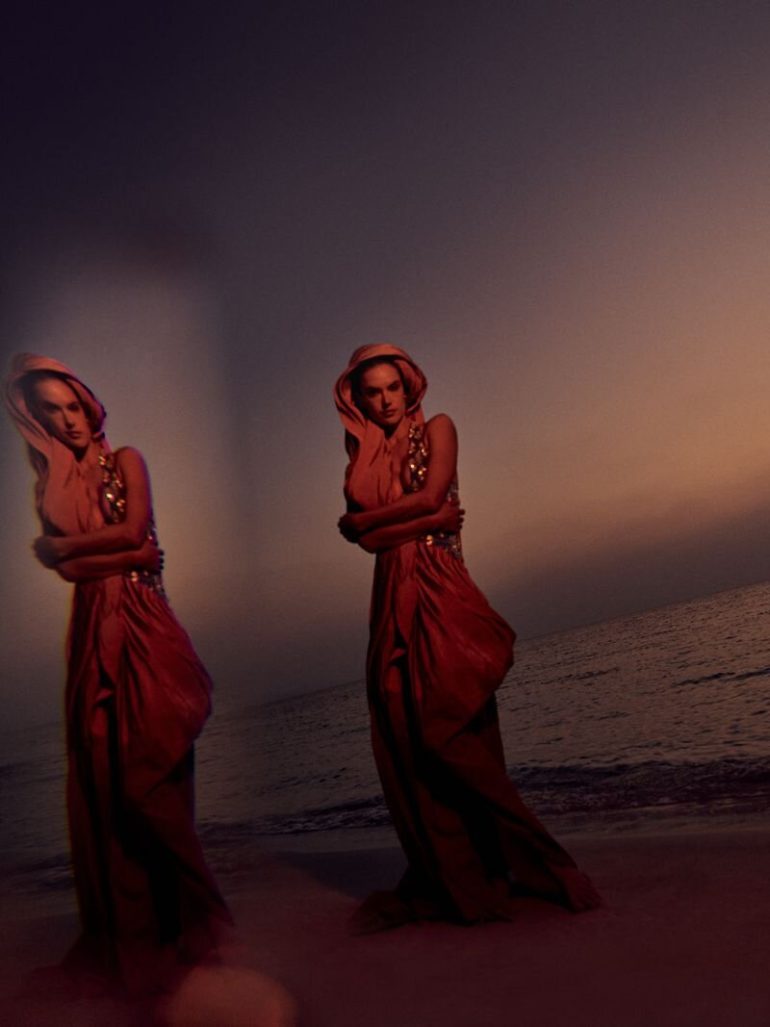 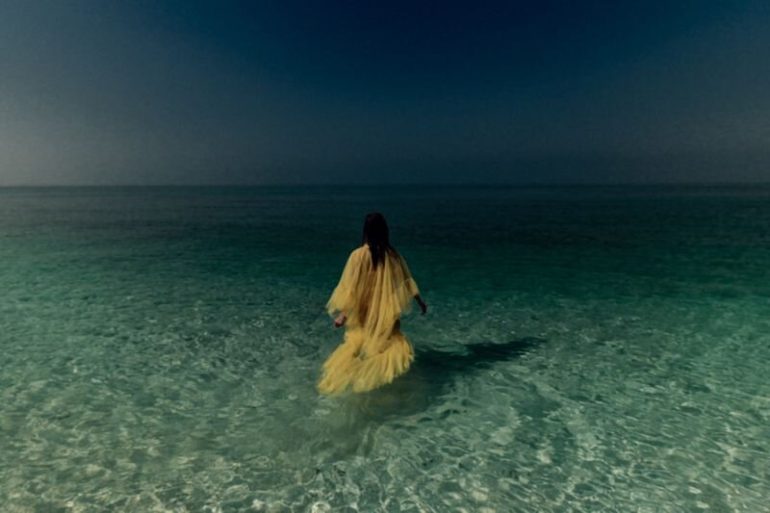 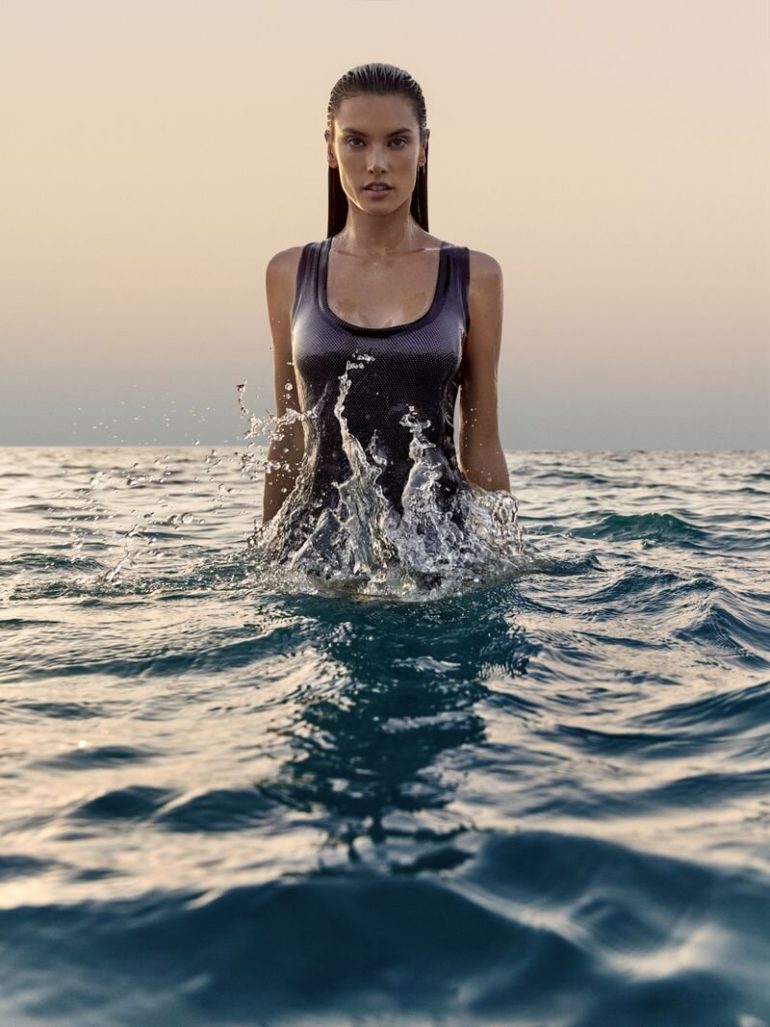 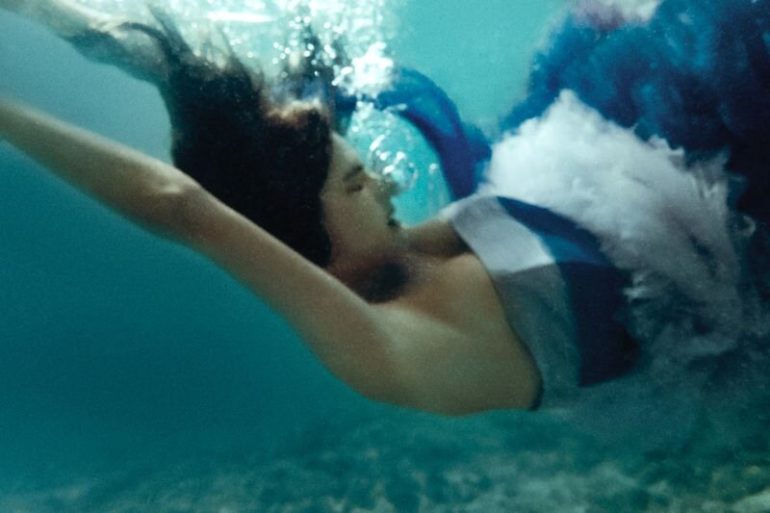 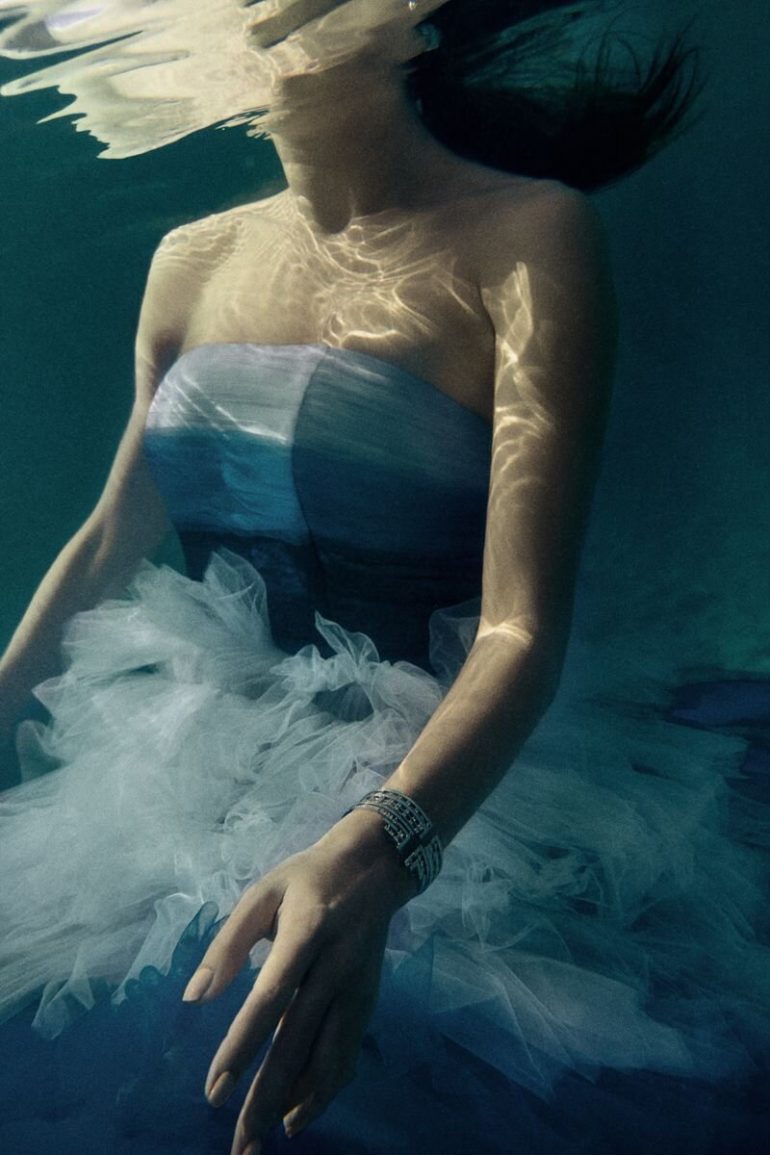 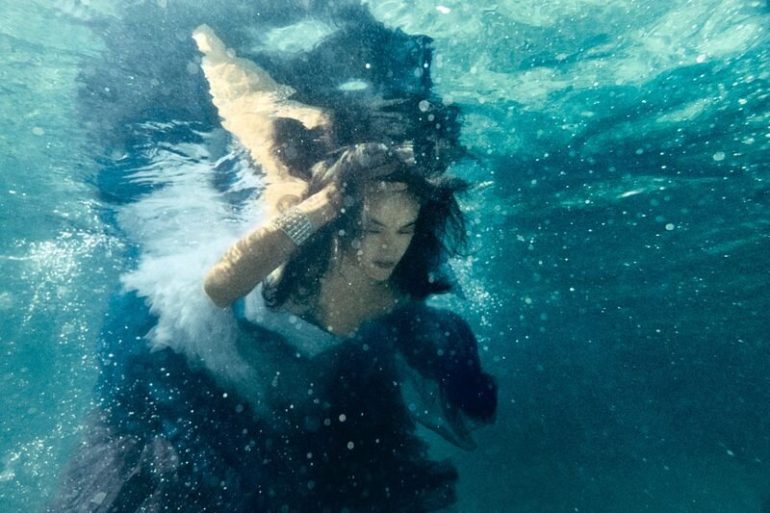 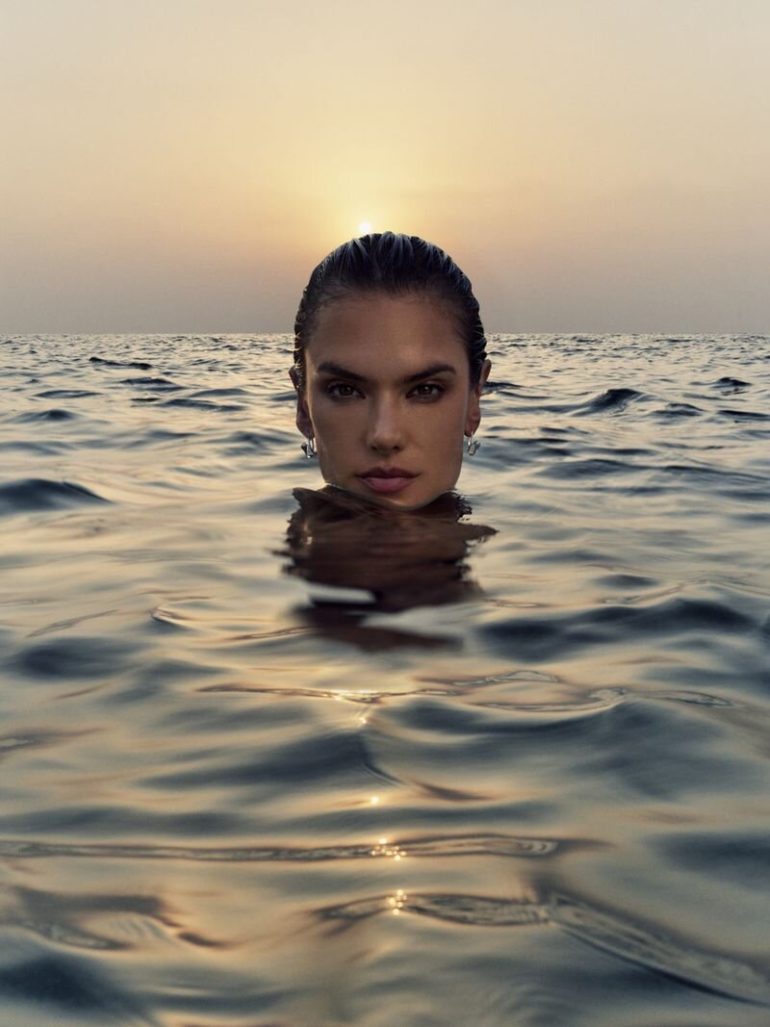 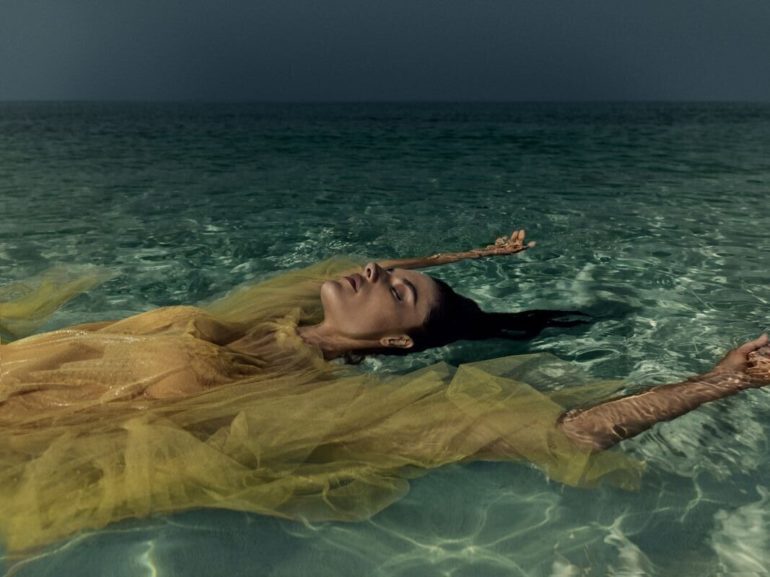 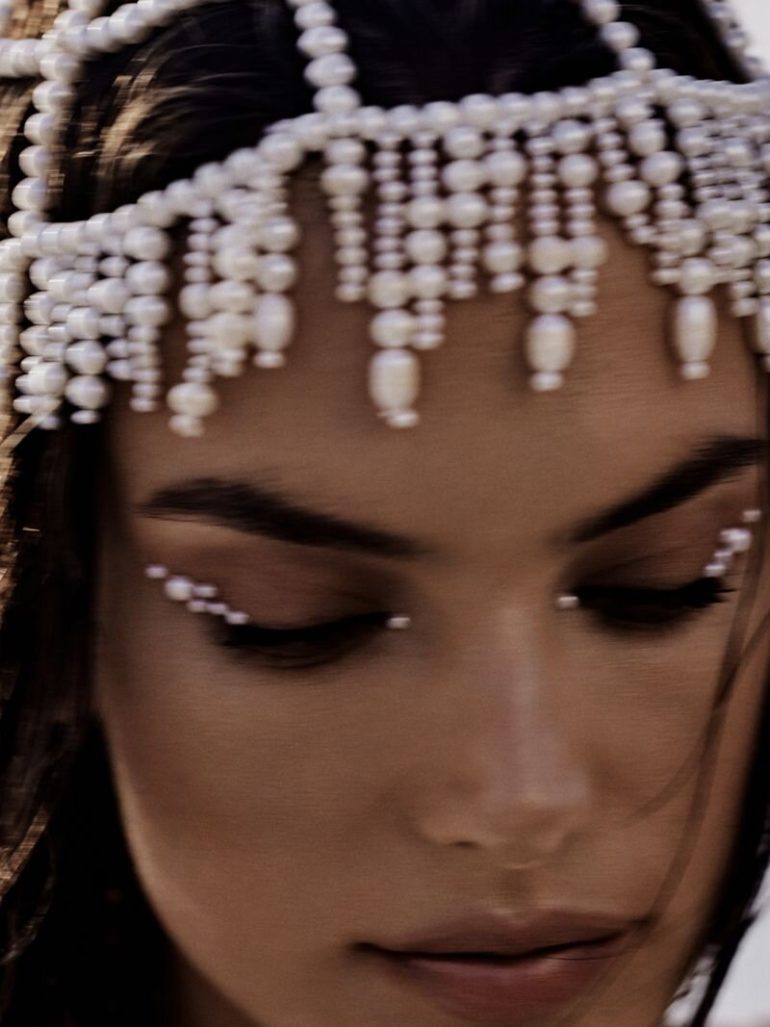 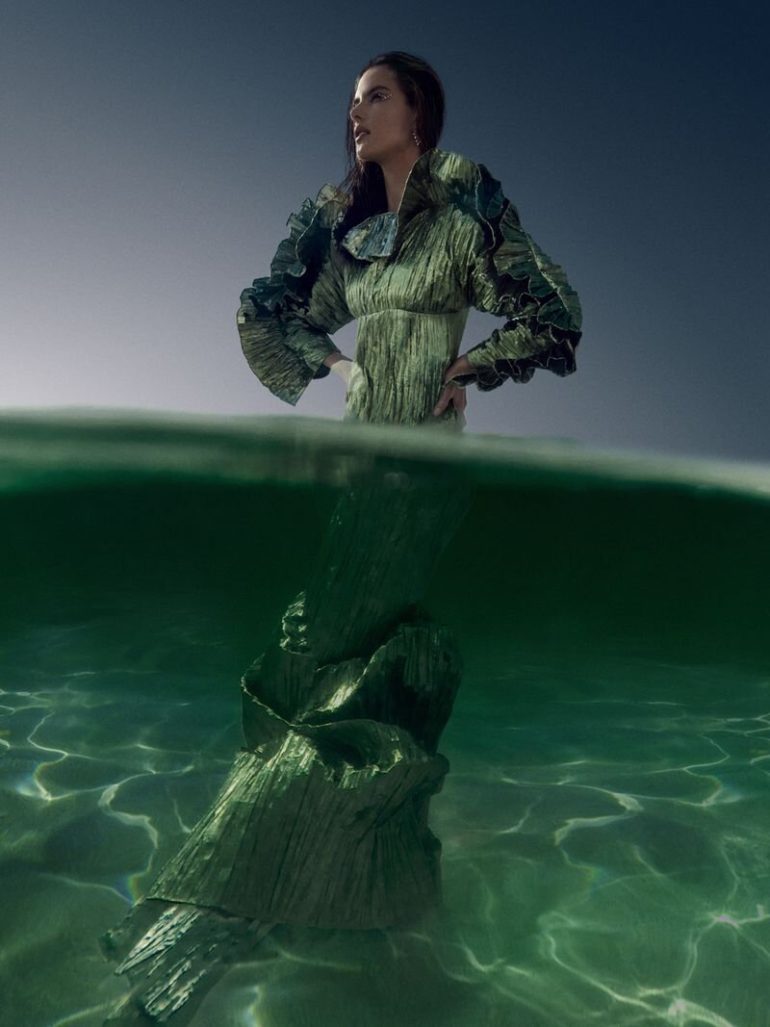 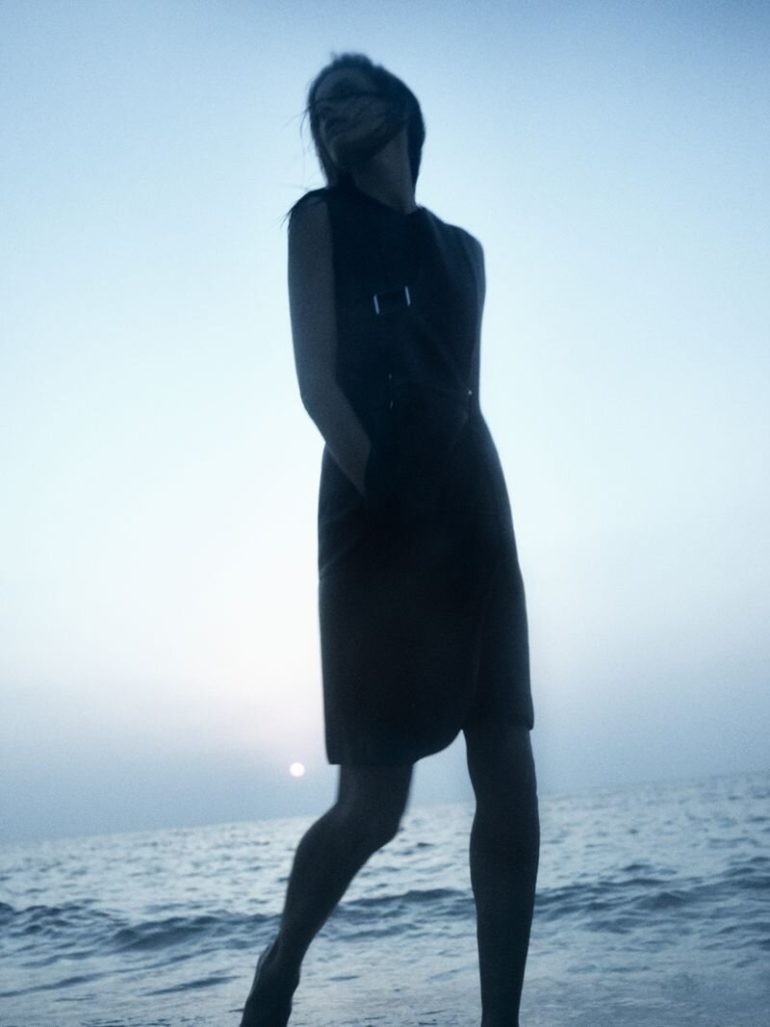 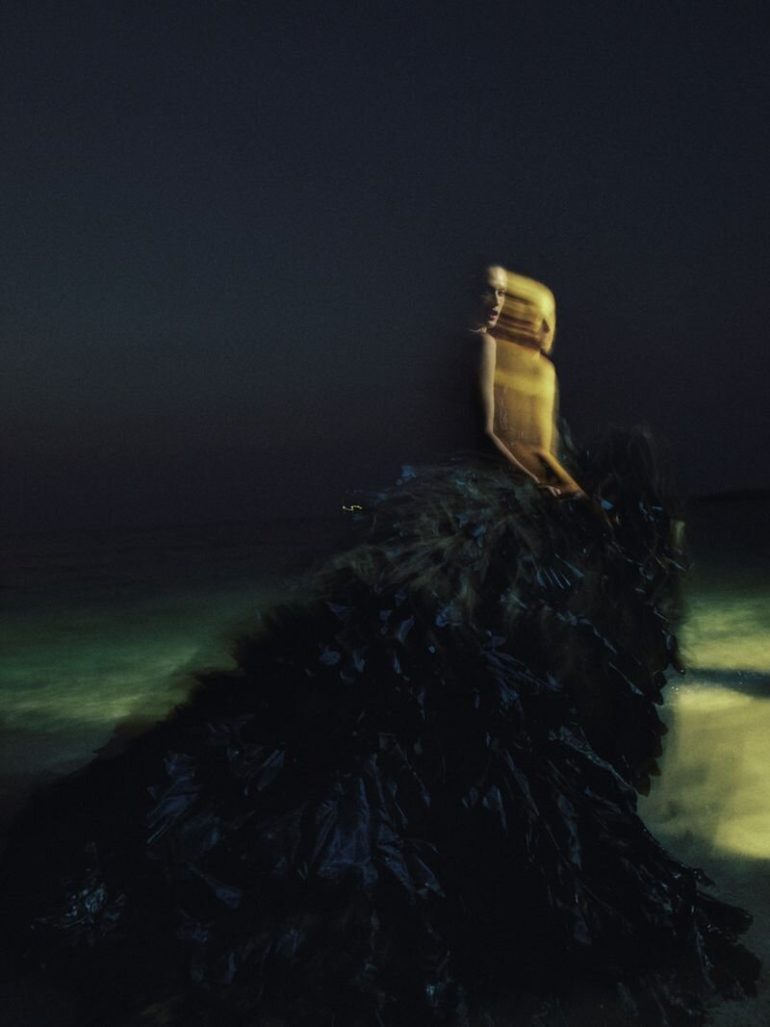 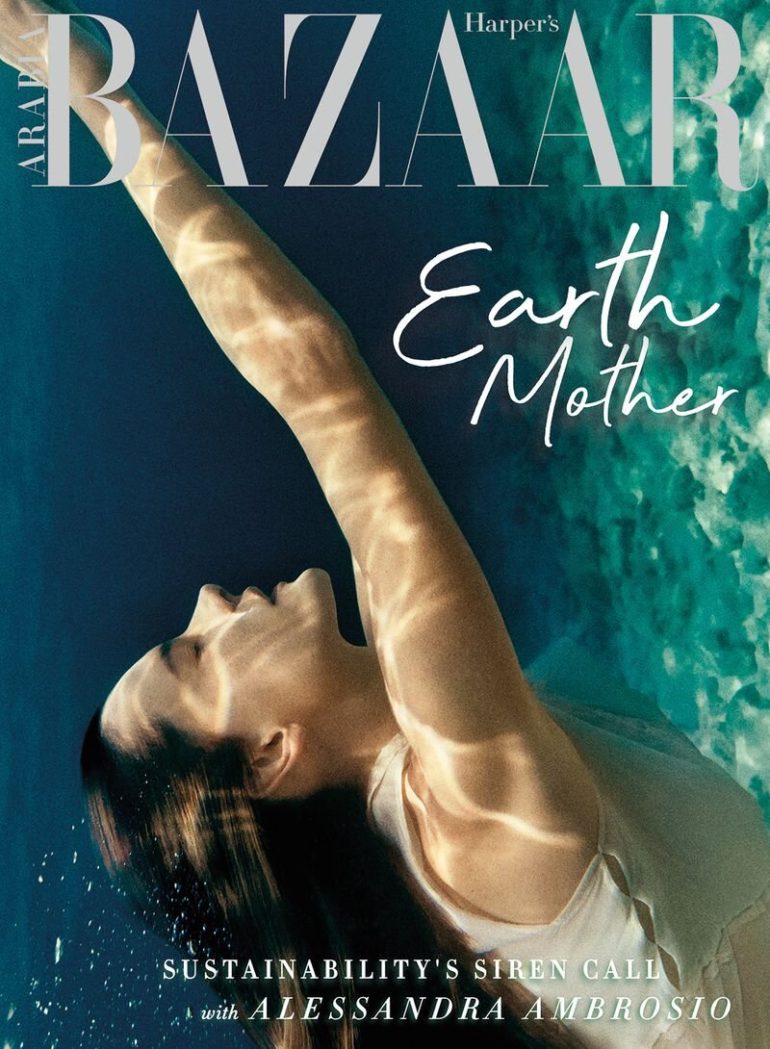 She Shines From Behind ~ Decadence Drips Down Back

Alessandra Ambrosio Plays Tie Me Up! Tie Me Down! by Liz Collins for Lui