Alesya Kaf steps into the light in “Hello Future” by Pedro Beraldo for Vogue China, December 2019. Art consumes us as we make our way into the great unknown. This story settles in that sweet spot. Daniel Rull steps into a strong space, as she attempts to handle the styling, makeup and hair in one fell swoop. Somewhat uncommon to see one person taking on all three of these powerful positions. That is exciting. This combines a sumptuous flavor with a thematic flair. Giving this editorial a tone of tenacity. She makes some unconventional steps toward this goal. Creating coiffure that harks back to a time of wistful play. Going all-out, the masterful makeup takes this face full-forward. Subtly has a hand, as all the style types blend with ease. Nay black and white this is bound by the beauty of light. Art develops with distinction as apparatus is added to the imagery. Overtones of gold and silver play on as beauty breathlessly reaches a hand beyond.

Hyper-modern accessories reign supreme, as each shot takes us to the future and beyond. In the first image we see Alesya looking through the spectacles of time. Futuristic in fashion vintage in pride, this reminds me of specs worn in an 80’s film called, Blade Runner. A perfect look for fighting the so-called Replicates. Proving fresh, futuristic themes have been well covered over the years. I find myself drawn to the nullification process. A concept that offers diametrically opposed ideas, so independently strong, they cancel each other out. Merely inches apart in creative construction, they stand at opposite ends of the conceptual spectrum. Appearing closer than would first present. When done well, this can be a compelling front. Beauty in it’s simplest form. The glow grows. Her face is exquisite. Powder hits with a bronzish tint as lips project a haloed hint. Subtly screams as features are covered in tones that reach beyond the natural state. Leaving a blank palate for which cosmetic alterations can strike out. Brows are camouflaged with white makeup, ensuring a bright sight line. The hairs are apparent. However, it’s accepted that they aren’t really there. Part of the artistry is accepting a faux reality. It’s the notion of being gone that gives the images a modern appeal. Gorgeous earrings dangle in delight, while yellow lashes lure you outta site. Through stylized metal slats symbolism speaks. The music of metaphors plays on… from past to future and beyond this fabled tale tells a story that is strong.

Her brows don’t look bleached they appear as if they’ve simply evolved. That’s the difference. Nothing is overtly covered. Change is a notion of natural evolution. Black lines are drawn atop her real shape, creating a thin line that starts high and droops down over the customary end points. Moody lighting gives each image a distinct flair, with naked makeup that plays a great beauty backdrop. Back to the Blade Runner Future… Gazing thru Spectacles of Time Glasses Show Up in Vintage Sublime. Silver spikes move effortlessly to a one-sided spectacle, showcasing a chrome, chin strap. This takes us into the future and beyond. The headgear is hardcore, with dangerously cool additions that aren’t for the faint of heart. They are sturdy. Daniel Rull does her job with a divine sense of synergy as each close-up lends itself to the next. She utilizes a series of metallic jewelry that speaks to this stylized theme. A half-moon crescent covers the entire chest area, while carved material is formatted to fit the forehead ~ like a diamond shield. The pièce de résistance is an evocative metal masterpiece that wraps around her entire head. A retro-redo reigns supreme like a revival of a revolutionary dream. Dangerous curves ahead – silver jets out the sides like spiked decorations. Following the face they roam, up/around her decadent dome. This is nothing less than stunning. This is modernity gone mad, in the most delicious way. Each image is profoundly provocative. Leaving room for the idea of sensuality in the solid state. 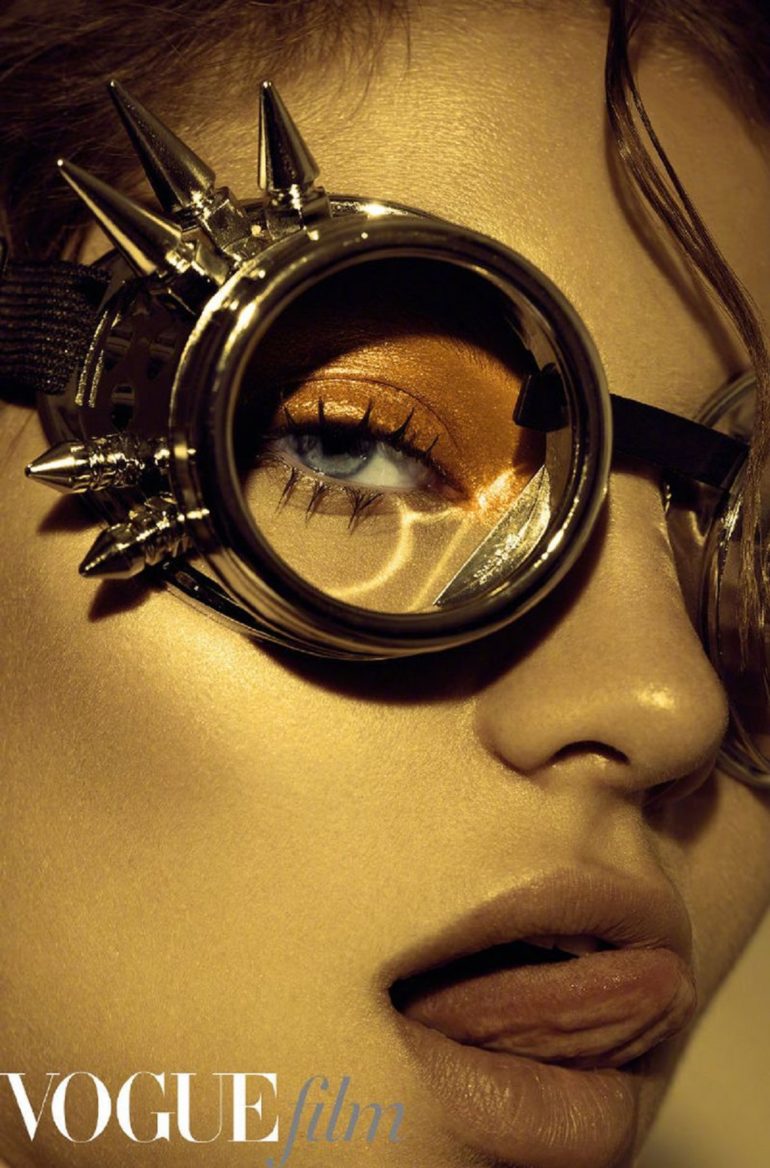 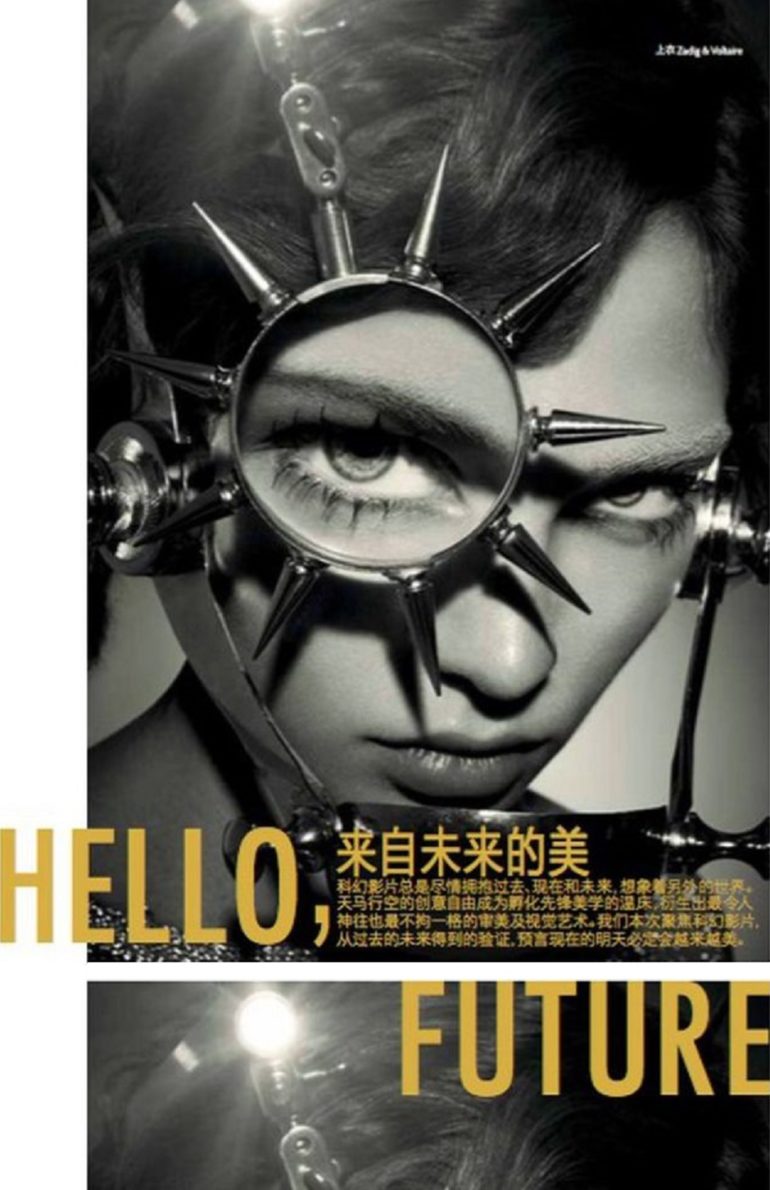 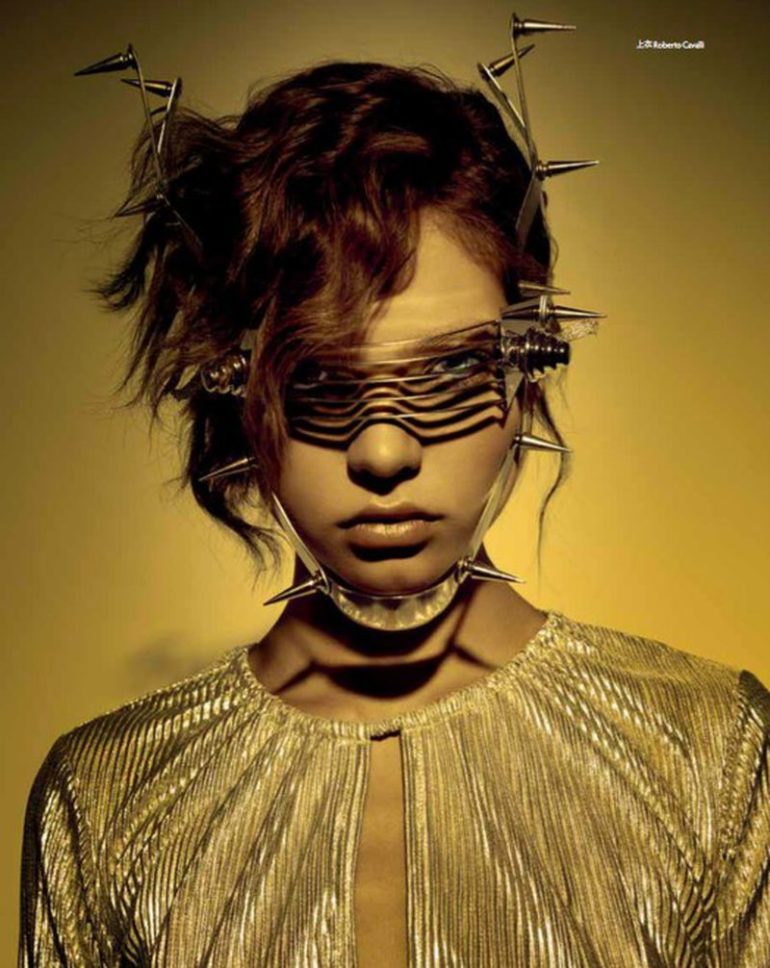 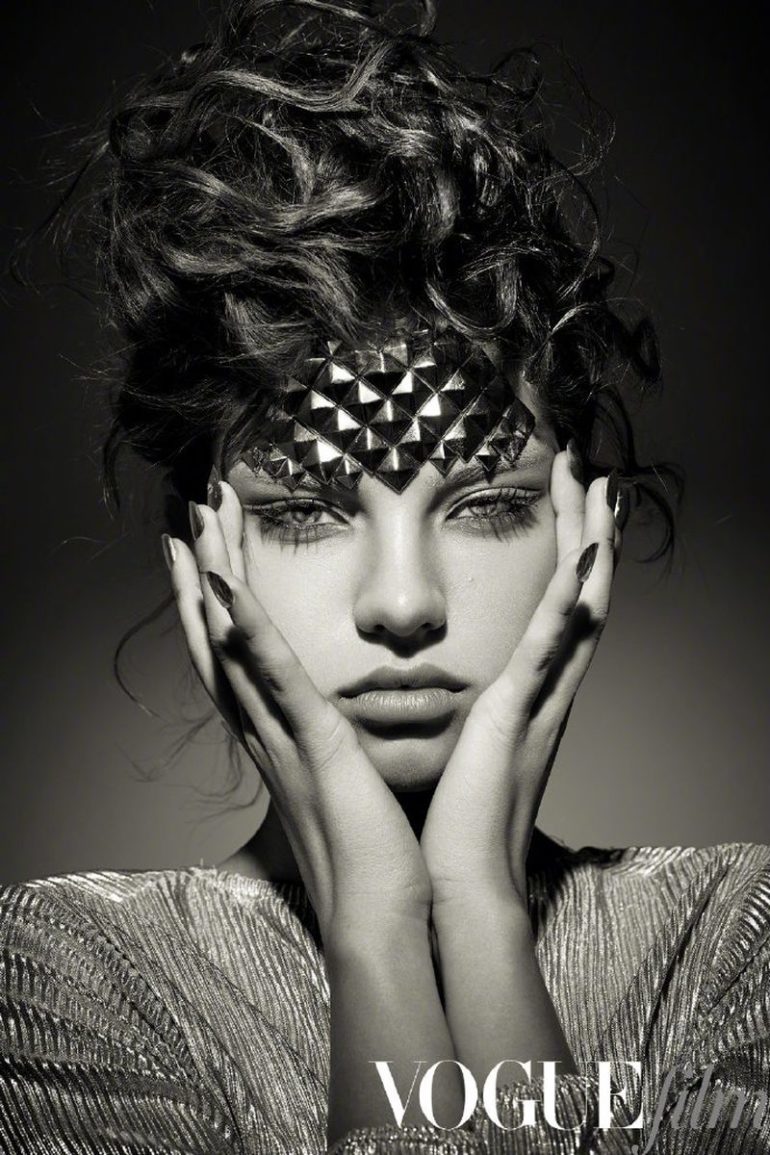 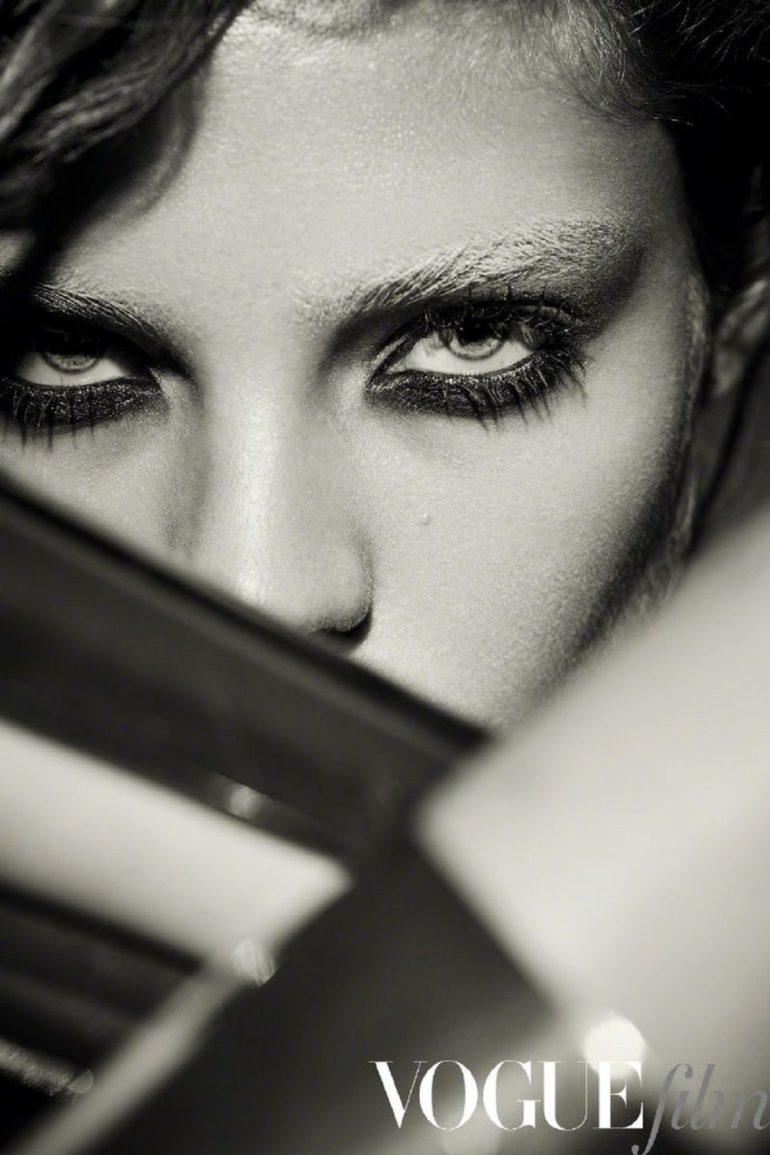 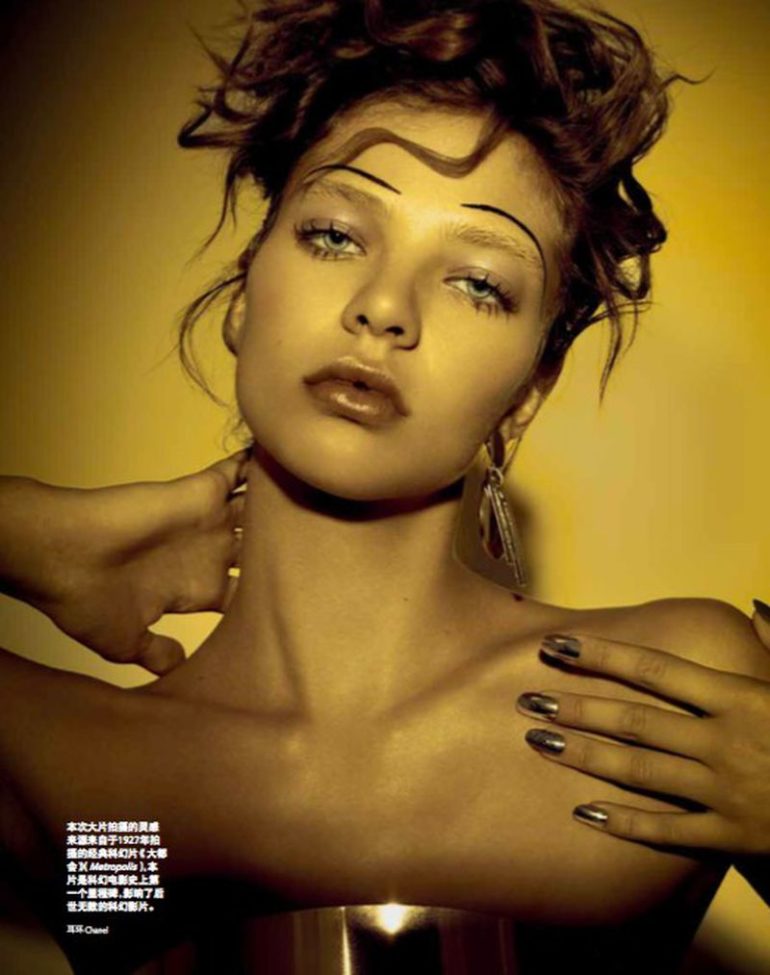 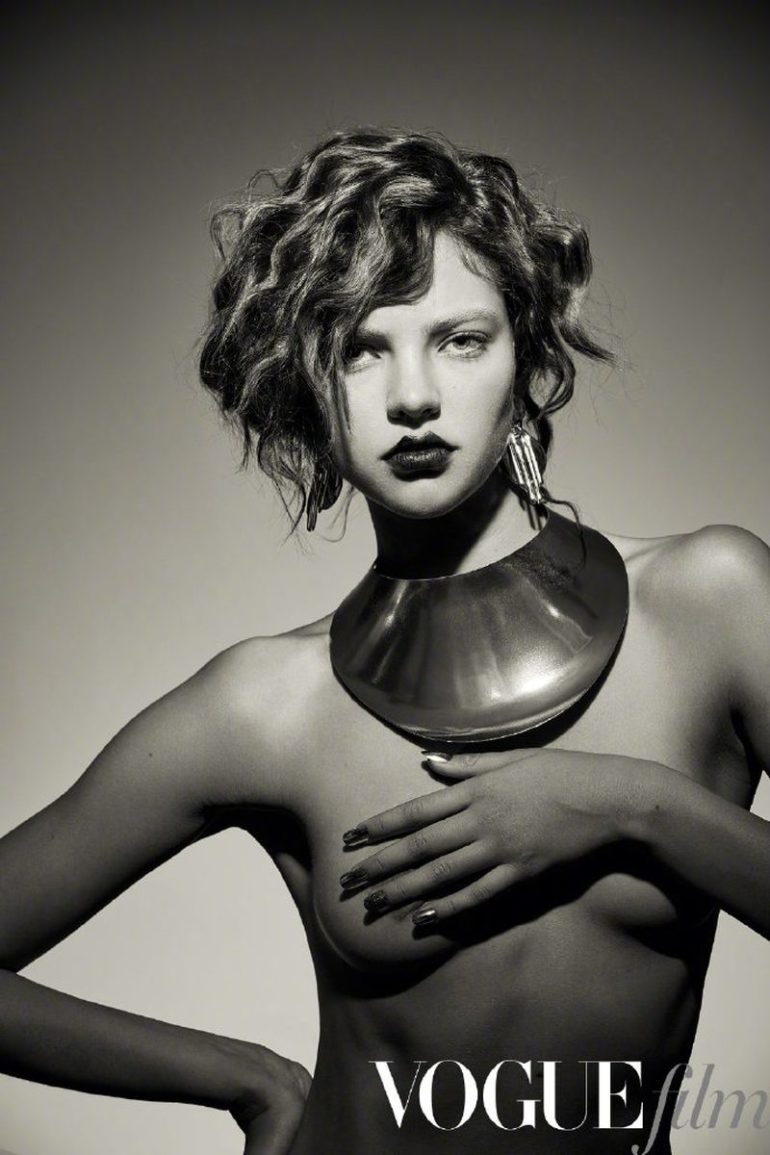 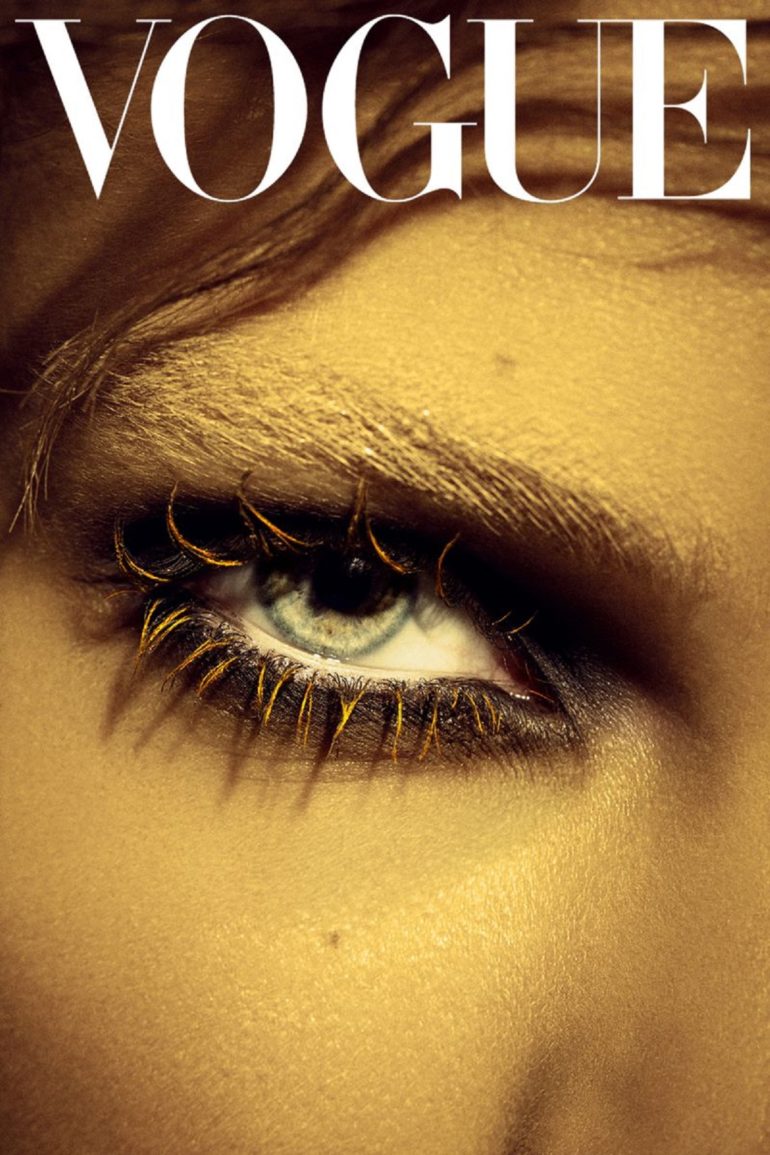 Art of True Beauty Journeys to Another Time, Another Place