Posts in the LIFESTYLE Category 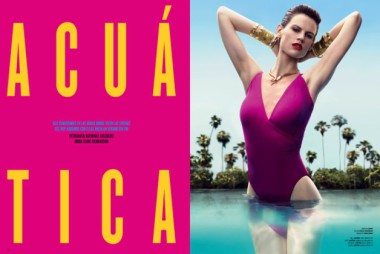 In dynamic lines that require nothing but the purity of form, Saskia de Brauw emerges, a modern ‘Helmut Newton’ dream, in the July issue of V Magazine Spain.  Giving rise to the angular beauty that defines 70’s-inspired swimwear, Nathaniel Goldberg captures the androgynous beauty – in a transformed state of severe-style.  Straight forward chic, these high-fashion bathing suits will put a permanent “bikini-block” on your brain, with stylish silhouettes that redefine sexy.

Sofya Titova is a fringe-fantasy come true, capturing the perfect LA-Style “Cowboy-Couture,” for the current issue of Gioia Magazine.  Although shot on the streets of Monte Carlo, Alice Rosati’ “Cowboys & Indians” has a distinctly LA-vibe, with a cool, urban-edge.  Every year I wait for that 1 image that will inspire my Spring/Summer “Hippi-Chic” look, and it would appear my wait is over.

Going for “post-apocalyptic” chic, Amanda Nørgaard survives, in looks hot enough to melt metal, for the May issue of Danish Cover Magazine.  In modern-day “Blade-Runner” inspired “gear,” Thomas Falmer gives this Spring’s beach-wear, high-end future appeal – with a hint of sci-fi cool to match.  Set against the baron, dessert-wasteland, Amanda rises up in a neon-fury, with blasts of shiny-silver, exploding into the sky.

Maryna Linchuk guides us on a fashion-tour through this Spring’s wildest print combos, for the June issue of Vogue Japan.  Showing us that the “Party Begins as Sunrise,” Pierpaulo Ferrari  follows our style-guide as she illustrates the power of print, against the vibrant, blue backdrop of seashore.  On a fight for the most fabulous, this master-mix of bold-patterned looks from Ferragamo, Pucci, Prada and more, are proof positive of this trend’s momentum this season.

Sienna Miller is Flying High in the April 2012 Vogue Uk.

Looking all together fresh, Sienna Miller trades in her “Street-Chic” to go a little “Sweet-Chic,” for the cover/editorial in the April issue of Vogue UK.  In Ryan McGinley’s “Great Expectations” the fashion it-girl gets in-touch with nature as she goes a’ la natural, with humming birds sitting perched on her topless body. For the remaining images, she sits calmly surrounded by flying birds and falling flowers, as she models a variety of Spring dresses, showing a more serene-mature side of herself.

Love Magazine is notorious for producing multiple covers for their much-anticipated Spring/Summer issue.  However, this year’s will be distributed with only 1 cover option, this fabulous shot of Linda Evangalista, by the dynamic-duo of Mert Alas & Marcus Piggot (known in the fashion industry as Mert & Marcus).  With styling that pays homage to the Sex Pistols, “God Save the Queen“, the psychedelic-color-scheme is a raucaus good-time, and truly inspired neon-nod to the 2012 Spring/Summer fashion/beauty trends. 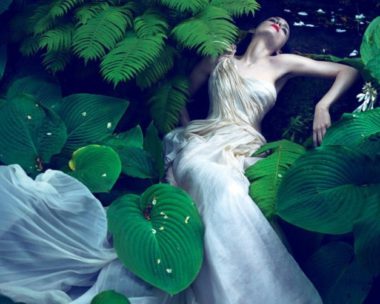 In the much sought-after role for the lead in the “Girl With the Dragon Tattoo”, the buzz around this unknown ingenue came with a healthy dose of interest/speculation.  As every edgy actress with a name in Hollywood saw themselves as possessing the true spirit of this young phenom, and capable of bringing-her-to-life on the big screen.  However, it was Rooney Mara who came in and captivated all who mattered, and was ultimately the one destined to take on this beloved character. 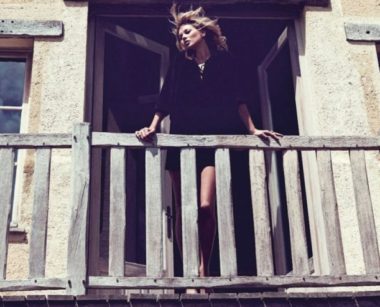 We are once again privileged to be invited into the “inner-world” of Kate Moss, as she continues down her path of “Domestic Bliss” with new hubby Jamie Hince. These intimate shots are the perfect prologue to add to the Fashion Love-Story, we witnessed through the gorgeous images of Kate Moss’ Wedding, shot by Mario Testino for the September Issue of British Vogue.

Kirsten Dunst seems to be sticking her toe back in the “Fashion-Water” as of late, collecting a few positive Red-Carpet accolades, working for Rodarte, doing a film with her Wonderland Magazine “Cover-Boy” partner Alex Skarsgard – and catching another September Issue Cover for ElleUk.  After a ton of bad press, the starlet went Underground for a bit – so I guess only time will tell if she’s back with something relevant to offer. 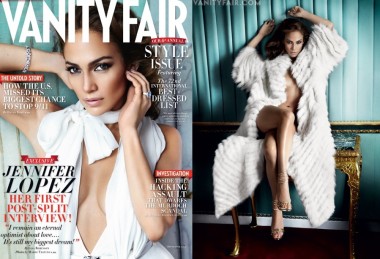 Well the Diva’s back.  Jennifer Lopez’s alter ego – JLo – has been on an extended hiatus as she’s been playing mommy/housewife to her soon-to-be-ex husband Marc Anthony, and young twins.  I wasn’t really buying the “Domesticated Diva” routine, I felt it was only a matter of time before she blew.  And to watch her (very new) post-breakup activities one can see that she’s not even able to play it cool, and slowly build up her momentum – instead it’s clothes off, and camera’s on.

Another way to jump on the “Layering-Trend” this Season is to go for the updated Grunge – what I’m calling “Carefree-Chic.”  Writing this from the birthplace of Grunge (Seattle), I hesitate to even put that term out there again – but it’s a well know reference, and it makes it’s point.  When I look at Charlotte Ronson’s Spring 2011 Collection I can’t help but make the comparison to the 90’s grunge-movement.