Posts in the Pop Culture Category 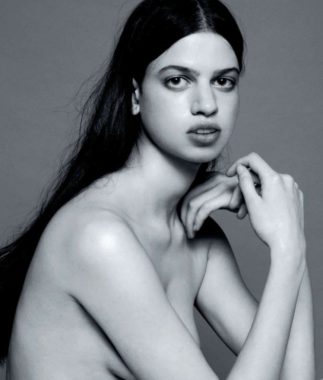 DNA does it again with Lily McMenamy in ‘Lily the Strange’ by Jean-Baptiste Mondino for Jalouse Magazine. Passing the fashion torch, Lily takes the strange reigns from mother model, Kristen, to follow in her highly editorial footsteps. Edgy, avant-garde and utterly original, Kristen McMenamy was no trend follower, she was a trail blazer. A quality that always made her stand out from the crowd, those assets were seen as recently as 2011 when she magnificently let her waist length hair go entirely grey. 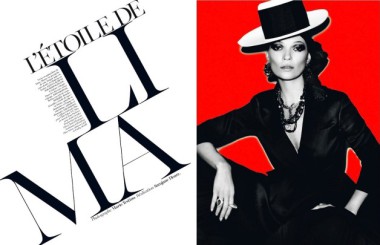 Taking her to his beloved homeland, Mario Testino christens Kate the star of Peru in ‘L’Étoile De Lima’ for the April 2013 issue of Vogue Paris. Celebrating the country’s long standing tradition of art & beauty, Emmanuelle Alt features this rich culture in a series of stylish stories told against the picturesque backdrop of Lima, Peru. And who better to lead this romantic sojourn, than homeland hero himself, Mario Testino.

Cara Delevingne is Lost in the Loneliness of Luxury

Model of the moment Cara Delevingne meets prolific photographer Hugh Lippe as they set out on a high fashion adventure for The Journal #32.  Lost in the loneliness of luxury, Delevingne plays a rebellious rocker battling her boredom with a series of eccentric activities.  Following this wild child, Lippe finds moments of magic hidden in plain sight, as he hunts for hypocrisy among the ruins of empty indulgence. 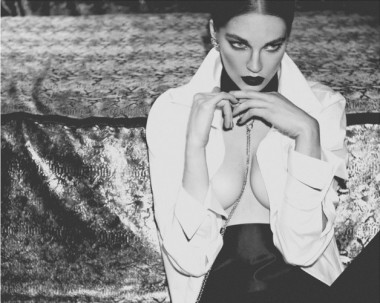 Koray Birand revives the 70’s in this noir-style editorial for the December issue of Harper’s Bazaar Turkey.  Samantha Gradoville goes undercover for a game of high-fashion espionage that takes her deep in the heart of Istanbul.  Playing both sides, our mystery lady goes from glamorous gowns to androgynous tuxedos, in a series of diverse looks inspired by Helmut Newton era decadence.

Echoes of Aging Opulence 'On the Edge of Apparition'

‘On the Edge of Apparition’ Rose Botman stands regal as all falls around her in the November issue of Elele Magazine.  Koray Parlak captures the echoes of aging opulence in the crumbling castle that hope forgot.  Waiting in the twisted ruins of dilapidated decadence, our tragic beauty holds vigil, under the watchful eye of the Sad-Clown.  Tortured by time, the once stunning surroundings have surrendered, leaving only the faint remnants of shattered dreams.

Art is meant to disturb.  And in the spirit of non-conformity, Greta Ilieva pushes back against the stereotype of beauty in, ‘Bubble Wrap Princess,’ for the October issue of Please Magazine.  Anni Jurgenson models a cornucopia of Fall’s quirkiest attire, complete with trash-bag accessories and a dramatic, prosthetic head-growth.  Pulling us out of our fashion coma, we are forced to go to extremes and experience an authentic reaction, free from the inoculation of popular culture. 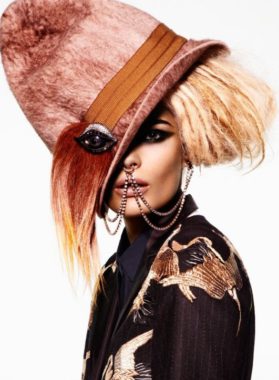 Jason Kim gathers a fusion of fashion influences from all over the globe in “Kids” for Blackbook Magazine, October/November 2012. Rebelling against the mainstream, today’s club-kids are an eclectic vision of international style.  Taking inspiration from the Indian culture, Jenna Earle and Alena Blohm are adorned with intricate pieces of face jewelry, including nose-piercings, hair chains and traditional bindis. 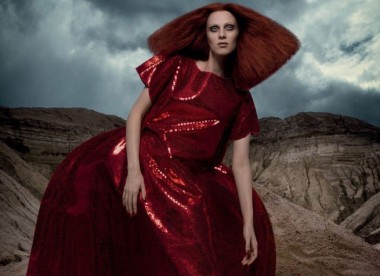 She’s Not Just a Model She’s a Muse, Karen Elson for i-D Mag

In the world of high fashion certain models will come along and change the way we think about beauty.  It’s the difference between being a Model and a Muse.  A modern beauty, Karen Elson has influenced some of today’s most innovative designers, and remains an inspiring force within the industry.  She is the very definition of fashion forward.  Her mere presence infuses a futuristic element into any shoot, giving it instant ‘style-cred’ within the community.

Patrick Demarchelier is a voice for today’s disenfranchised youth in, ‘Boom or a Dangerous Game,’ in the October issue of Vogue Russia.  Capturing the pent up passion of a lost generation, these images reflect a trend I’m calling, The New Power Punk Movement.  More than a popular fashion look, these pictures offer a window into young people’s struggle for identity.

In this twisted take on school-girls gone bad, Thom Kerr delivers in, ‘We Do What We Want,’  for the latest issue of Black Magazine.  Things run amok as Josephine Le Tutour, Rhianna Porter and Emily Green channel their wicked ways, in this story of magic & mischief.  Not to be taken lightly, our ‘charmed-ones’ conjure up a variety of dark styles, complete with edgy accessories and killer accouterments. 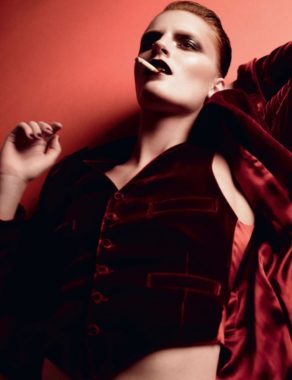 Daniel Jackson celebrates the 70’s scene in the  F/W 2012 issue of Another Magazine.  A time when musical heroes were known for embodying their characters, heart & soul, this layout is a grand dedication to the decade of decadence.  Transport yourself back as models Erjona Ala, Laura Kampman, Maria Bradley and Melissa Stasiuk channel the great icons of era, in this authentic tribute to the Art of Rock/Roll.