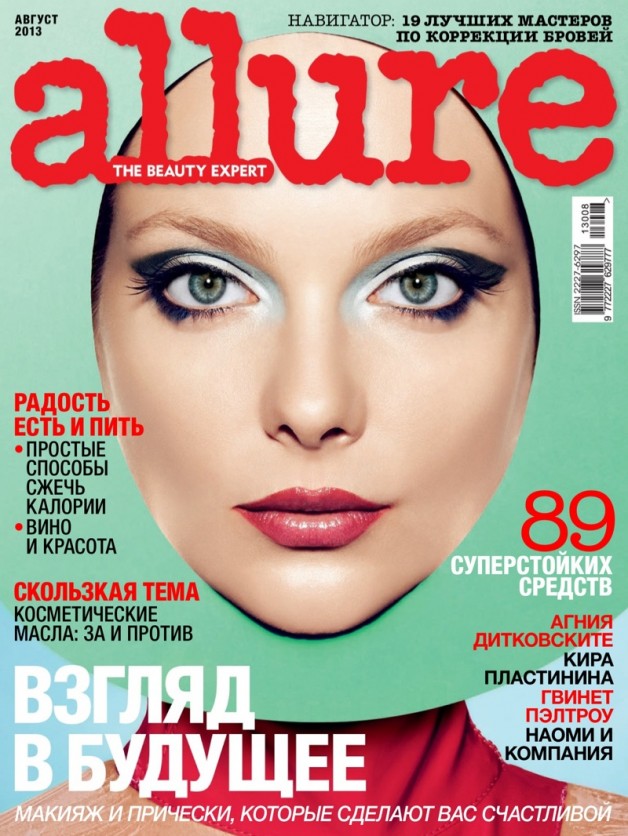 The second coming of Shrimpton, Eniko Mihalik channels the iconic Jean Shrimpton in the editorial homage ‘It’s Fantastic’ by Walter Chin for the August 2013 issue of Allure Russia. The standard by which all art is measured is how it stands up against the test of time. A brutal judge, something that was once considered cutting-edge can be rendered outdated & irrelev…

Redefining the idea of eye-popping, Daria Popova stuns in this bold, beauty story by Walter Chin for the April 2013 issue of Allure Russia. Taking the Mod trend to the extreme makeup artist, Mariel Barrera, creates a series of theatrical looks with a fabulous blend of high fashion faux lashes. Fun, flirty and completely over-the-top, the avant-garde elements of this look may be too much for yo…

Marco Réa captures a unique blend of beauty/street in ‘Mask‘ by Chris Milo for Hunger Magazine. He applies his scattered artwork on copied photographs. Making the end result appear as if some of the paint is splattered over Nana Abramova’s fine face, while the rest is met with a pane of glass.