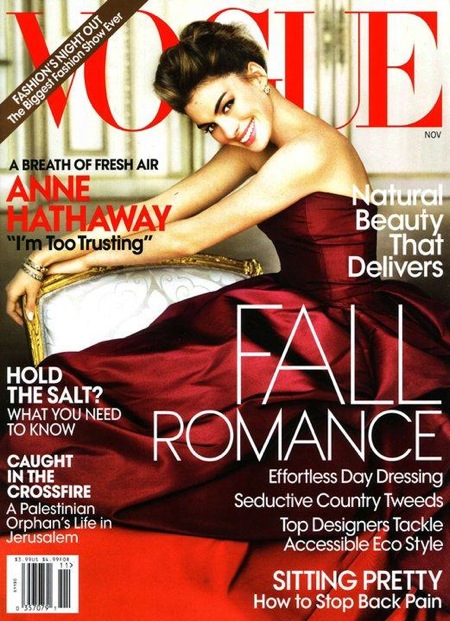 What really sells me on Anne Hathaway is her ability to morph into any character she is portraying and anybody she is channeling.  She is a

chameleon and that is a true gift.

Her beauty runs deep.  It is thought provoking and challenging and I imagine she would like to know that.  Although her current turn as Audrey Hepburn in the November Vogue editorial spread is amazing – it is actually another Hepburn that she brings to mind – Katheryn Hepburn.

Like KH she doesn’t seem fragile – she’s a tough broad.  She is believable and has that oh-so-rare thing, RANGE!!!  Everything she does she seems to do with a well intentioned wink.  And it doesn’t hurt that she has a brain.  It is just delicious when they are beautiful and smart.

Anne Hathaway strikes me as that amazingly talented, hard working, down-to-earth actress that really deserves her stardom.  And in an age of pop-up-celebrity & ‘reality acting’ that really says something.

Here’s a woman who is a thespian – remember what that means?  An actress capable of raising the standards.  And as a collective culture have ever needed that more?

SO GO FORTH AND CONQUER MISS HATHAWAY – AND CONGRATULATION ON BEING FASHIONCOW’S NEWEST GIRLCRUSH!!! 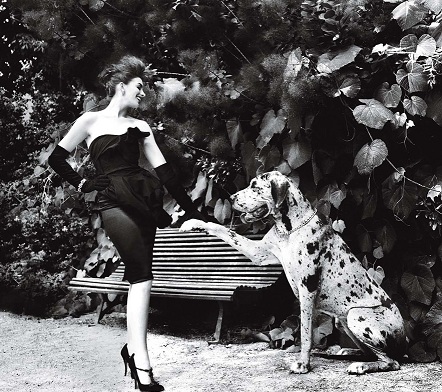 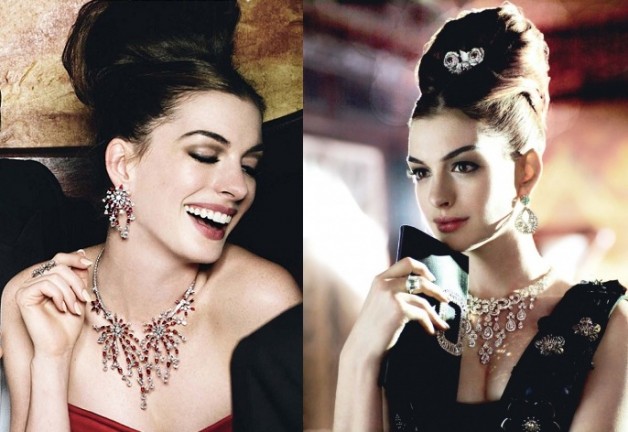 Anne Hathaway and the Balmain