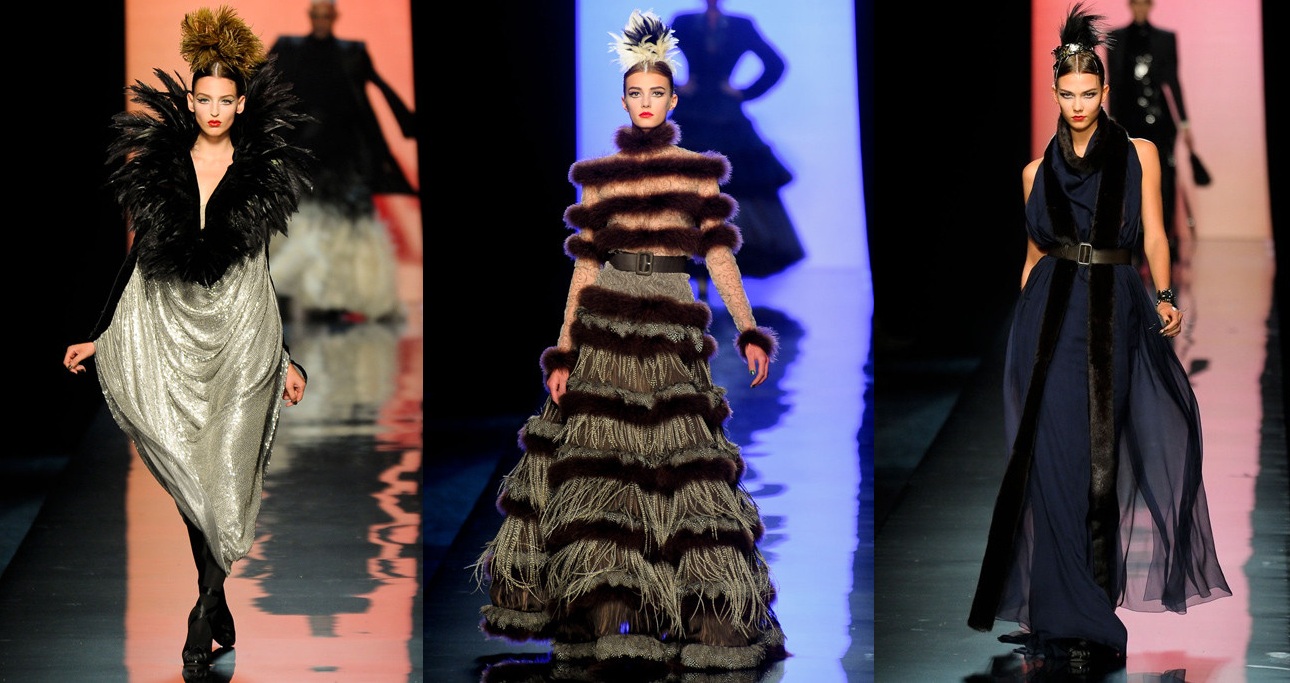 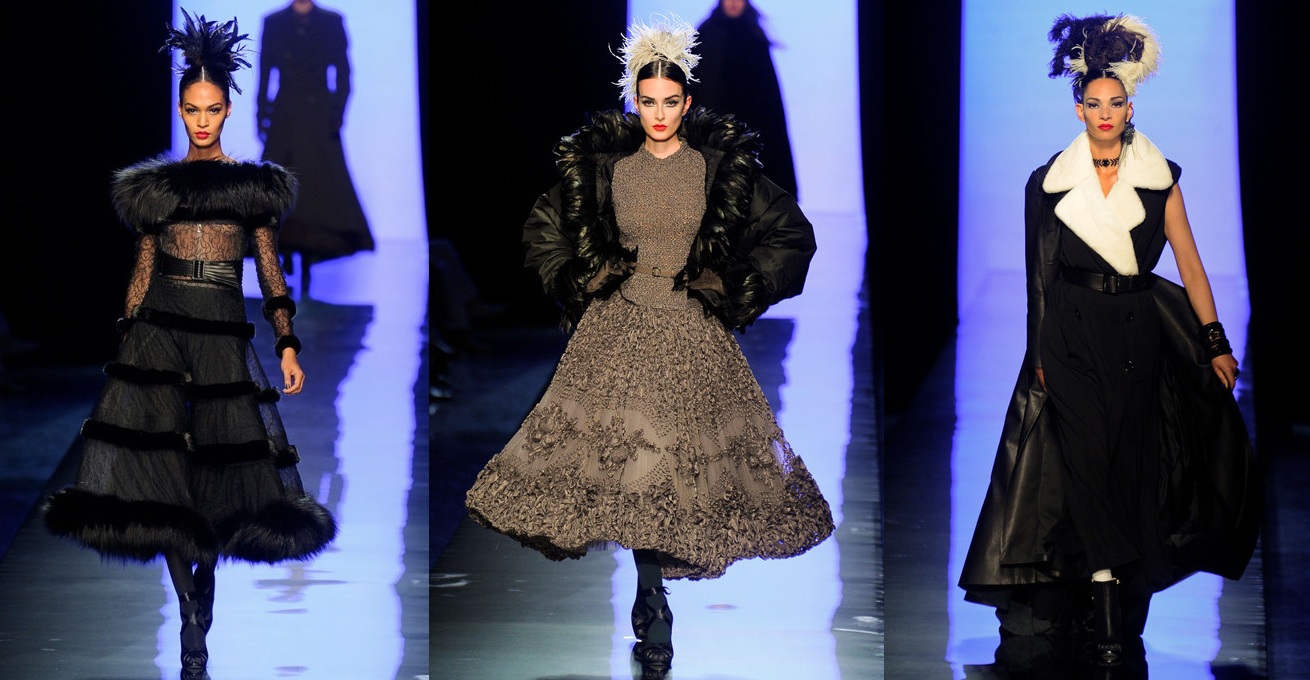 Couture Week in Paris is a fashion lovers dream, it’s what separates the consumers from the connoisseurs.  I love the “Art of Fashion” and nowhere is that passion more fulfilled than when watching Haute Couture Runway.  By it’s very nature “Couture” is meant to be uniquely delicious/controversial, and more importantly it’s meant to break barriers.  The statements behind the fashion are extensions of the designers social/political views.  Many times the extreme avant-garde presentations are laced with prolific philosophical metaphor that can extend itself into the viewers consciousness an ultimately into their daily conversation, and if powerful enough, carry the weight of positive influence.  Beyond the caustic revere of the sometimes shocking images, echoes the voice of an artist.  Someone who has usually spent a lifetime trying to hone his/her skills in an exhaustive effort to perfect their talent to a level where it can bare the weight of authentic articulation.  Most of us are burdened by our ideas and we spend a lifetime trying to find a clear channel of expression, unlocking all the creative vision trapped in our minds.  And for those of us on that journey, we understand that there, and only there, is where true freedom lives.  So while many of these Couture Shows are a true Feast for the Eyes, I am always looking for that hidden place….WHERE FASHION AND PHILOSOPHY COLLIDE. 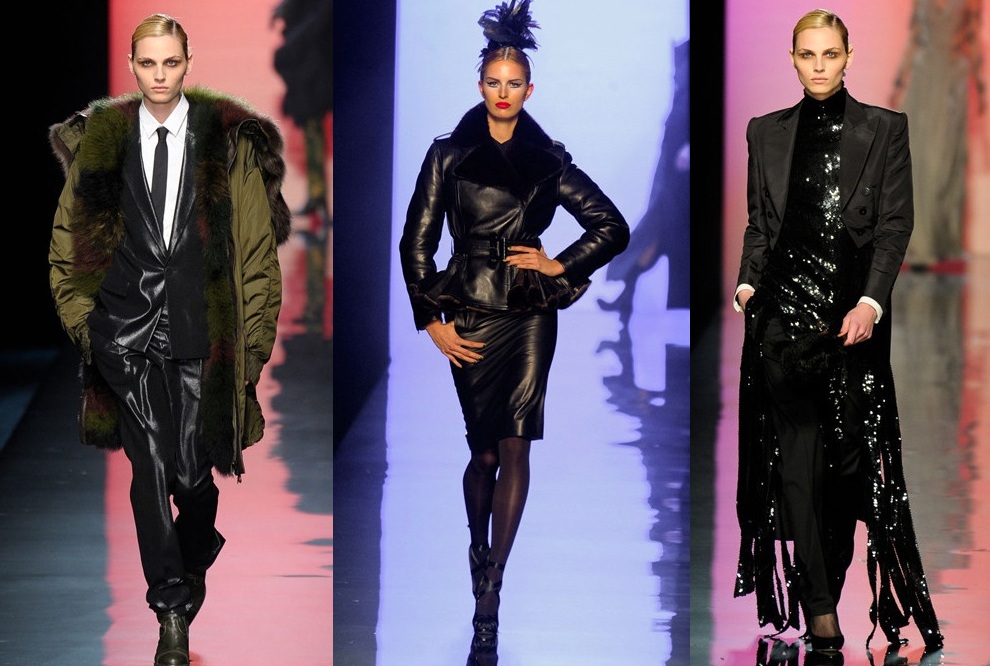 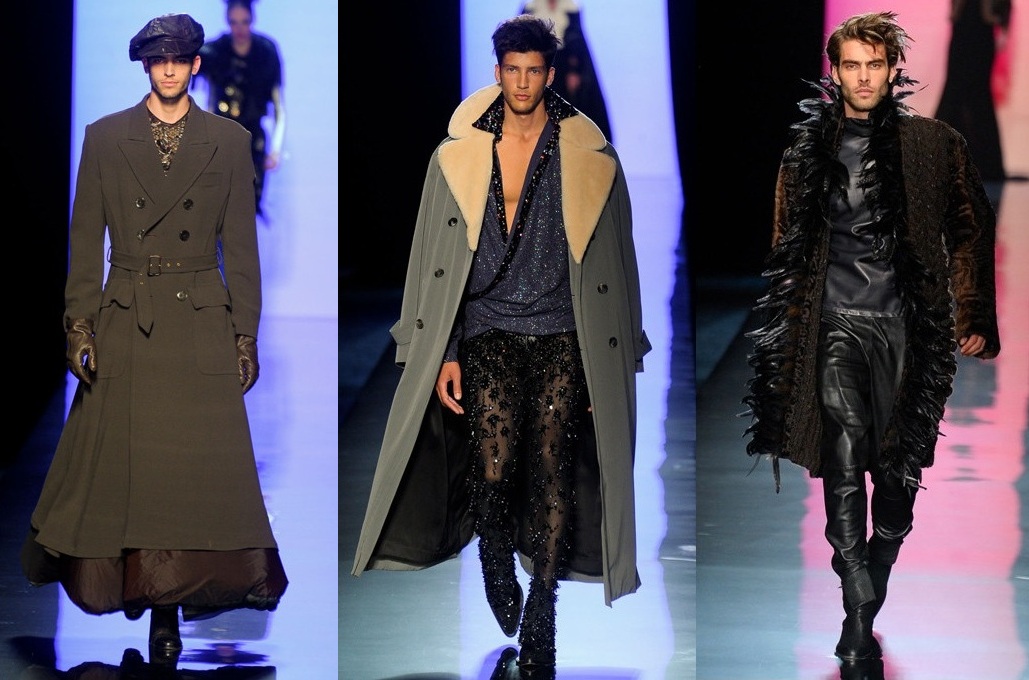 Jean Paul Gaultier explores androgyny to the extreme.  In his usual manner of finding new ways to interpret old-ideas, he imposed his idea of a “Gender-Mix” and took some real risk in how he infused those concepts into his pieces.  With militant precision he added strong lines to his female pieces, with just enough leather/lace to keep it sexy and glamorous.  However, what I found really compelling was the men that were peppered throughout the show.  Usually they are relegated to side-pieces or decoration, however, these male-models and the designs they were wearing felt more potent.  As if Jean Paul Gaultier was attempting empowering us – as women – to go further in our own exploration, ultimately leading me to view the show as something Beyond-Gender.  I wasn’t noticing whether it was a male of female model – or if their attire fit their sex.  That may sound overly simplistic, but in reality it is truly profound.  I couldn’t think of another show where I’ve been lost in such a mind-shift that my boundaries of perception where suspended long enough to be open to completely new concepts.  Is there anything more powerful?