The Rodarte Sisters showed a Spring RTW Collection that was reflective of the odd combination of influences that was their reference points for this little Haute Trip Down the Rabbit Hole.  Citing Vincent Van Gough, and the Disney Classic, Sleeping Beauty, this sibling design team tried to marry the worlds of Fantasy/Post-Impressionism for quirky modern-classical line.  However, some of the vintage shapes became a bit redutant, and the overall feel came off slightly indulgent.  With young starlets like Dakota Fanning in your fan base, there’s sure to be many celebs wearing the Rodarte Name, the problem is I’m not entirely sure some of the pieces won’t land them on the “What were they thinking list.”  But in great Rodarte style, this dynamic-duo who were responsible for the Dark-Glam looks seen in the “Black Swan”, had some hidden gems that had the signature “Rodarte-Edge”, and had some of the best Runway Beauty of this 2012 Spring Fashion Week. 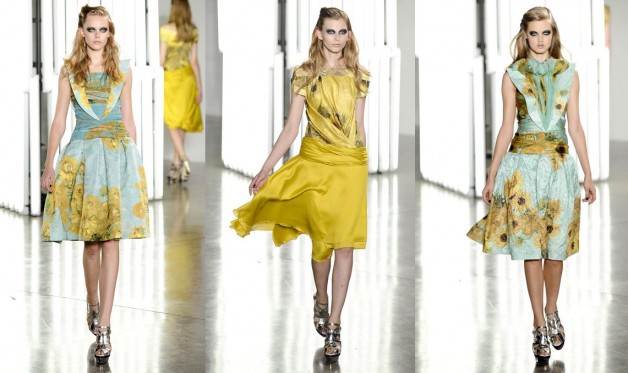 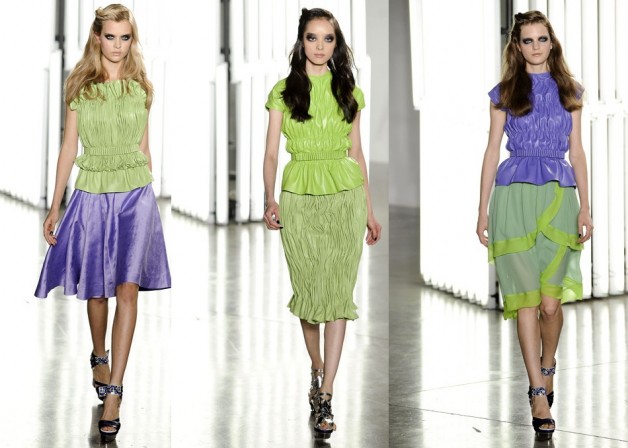 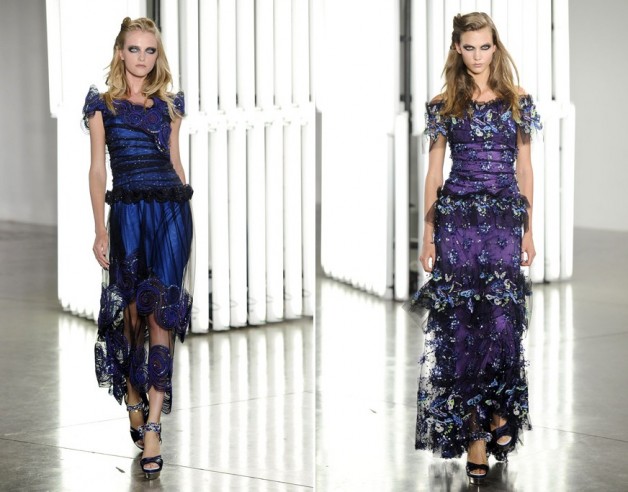