In this spirited “Glam-Romp” we take a trip down memory-lane back to the days when Super-Models reigned Supreme.  the 10th Anniversary-Cover of French Revue de Modes gives us a slice of vintage “Cindy Crawford” in all her truck-stop glory.  Everything about this layout screams “Pepsi” circa ’95, when Cindy’s famed Pepsi commercial ran.  In the infamous Add, she stops to quench her thirst at a local gas station, only to bring the entire male population to a stand-still as she pops the top and proceeds to take the sexiest gulp in “prime-time” history.  In cut-off jeans and t-shirt to match, she nudged an entire generation of young boys toward puberty, and young men toward a cliff (as they figured if they couldn’t have Cindy what was the point of living?)  And while she has come along way from those bomb-shell days, this editorial really captures the era of the heyday of the “Glamazon-Models,” from lips, tits, hair & hips,  it was all about –  the bigger the better.  And in some of the images below, she is utterly indistinguishable from that 90’s Super-Model.  “Keep on Truckin'” pays homage to a decade of decadence that was all about indulgence and greed, but it also reminds why those models were so “Super.”  They were unapologetically bodacious, curvy women, that used their spoils to get their riches. 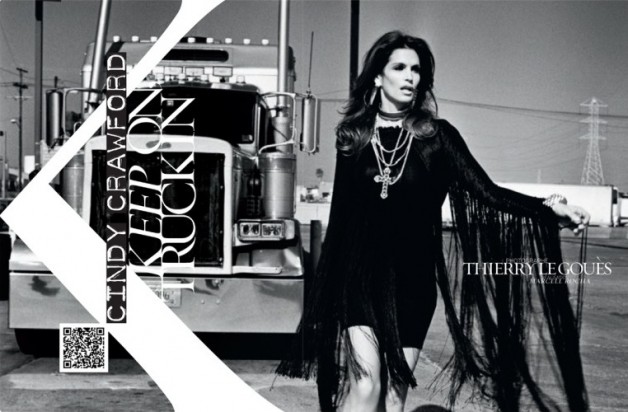 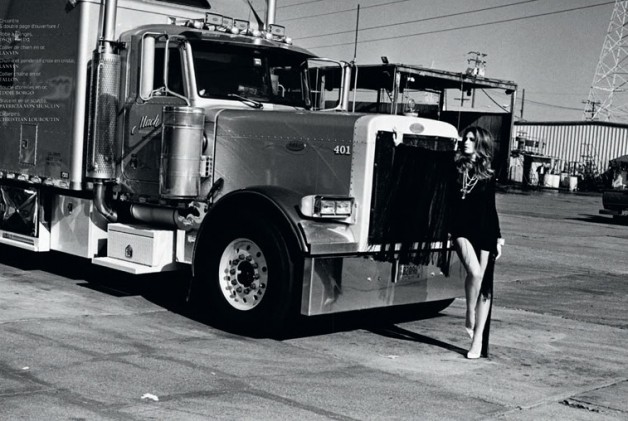 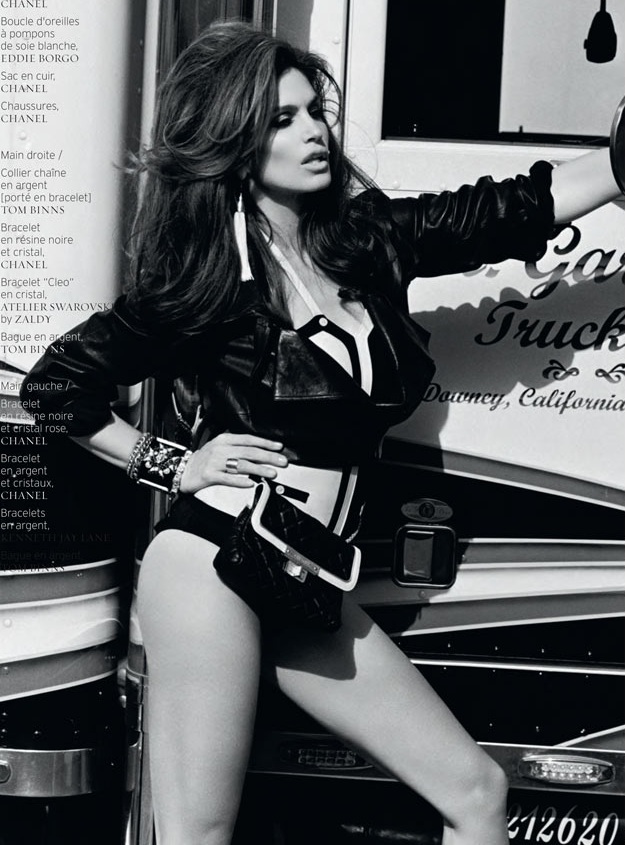 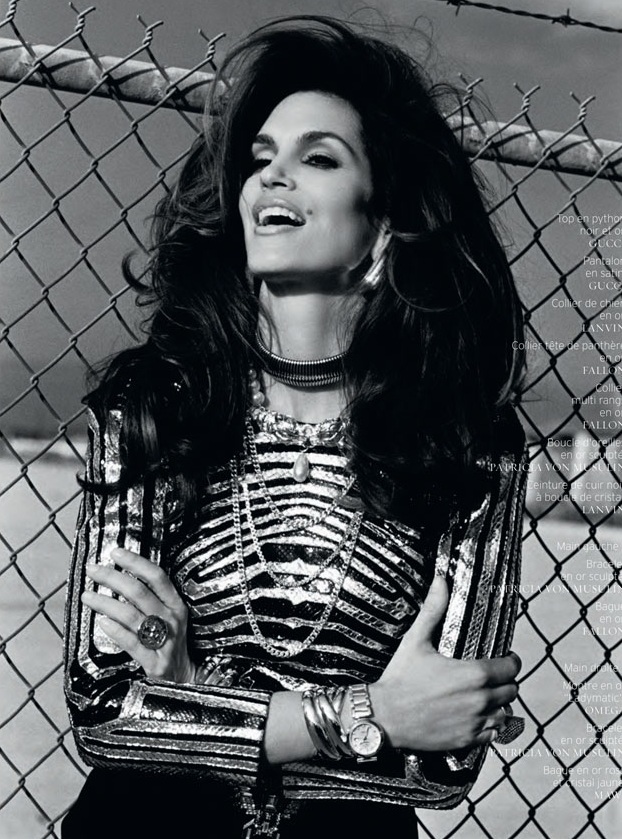 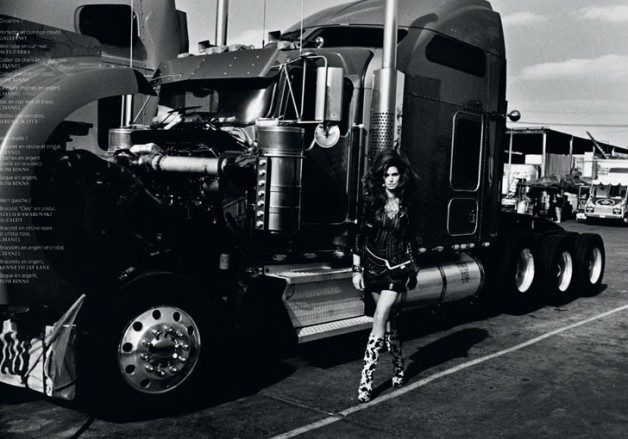 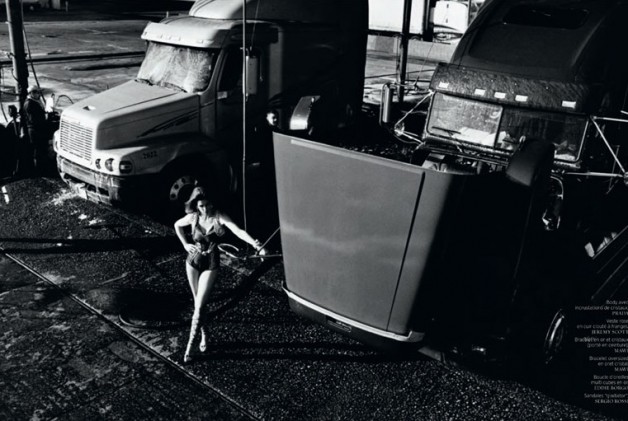 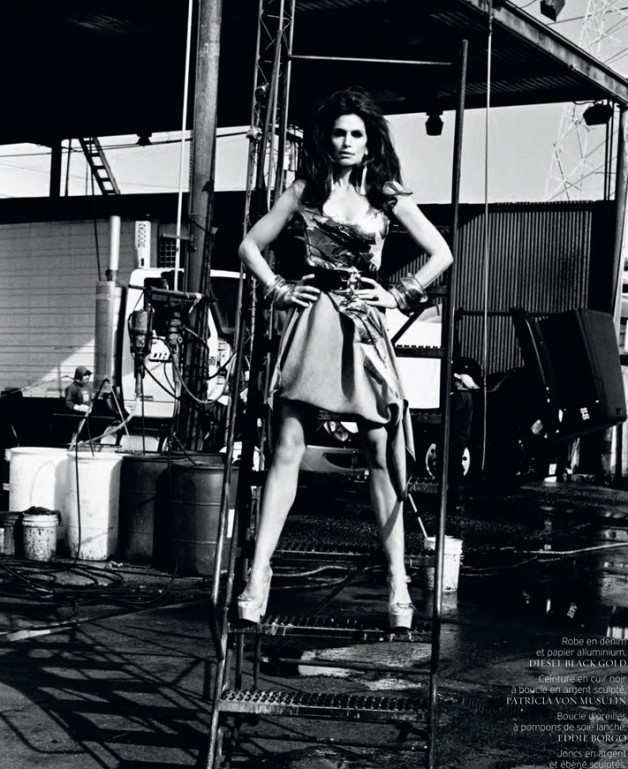 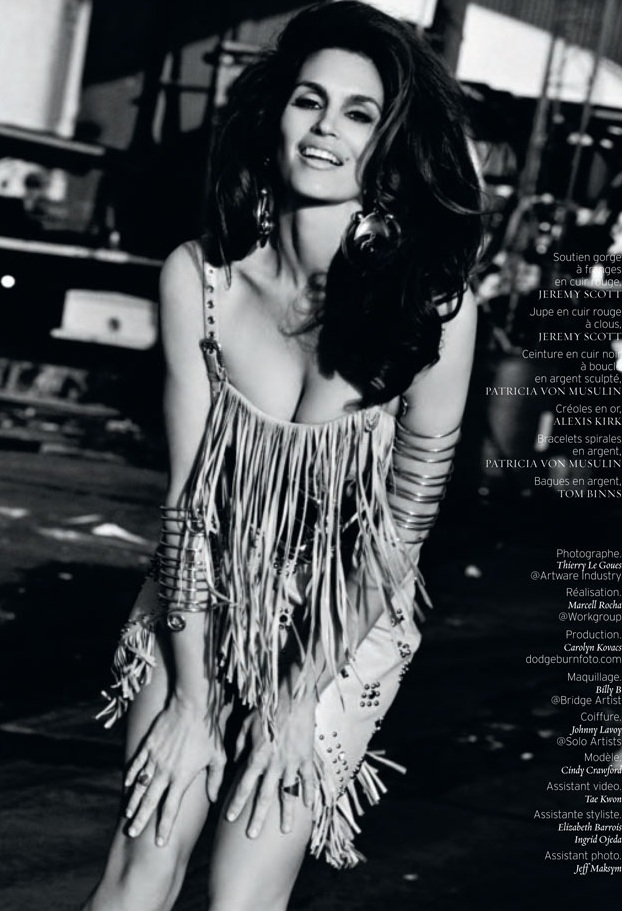 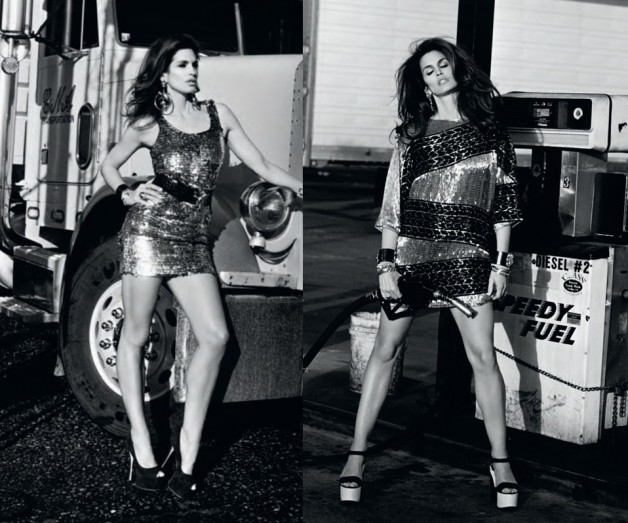 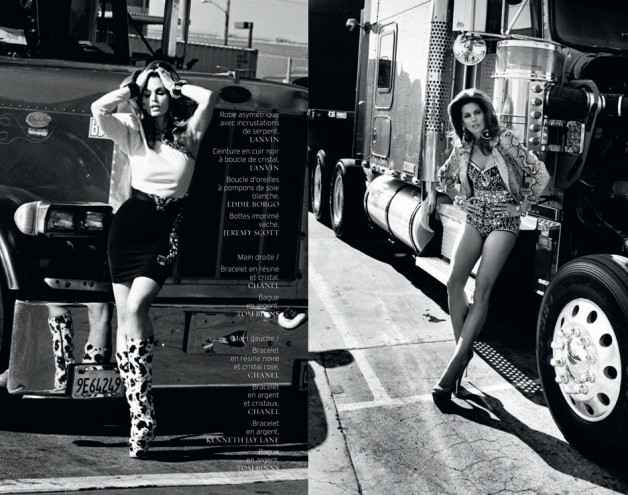 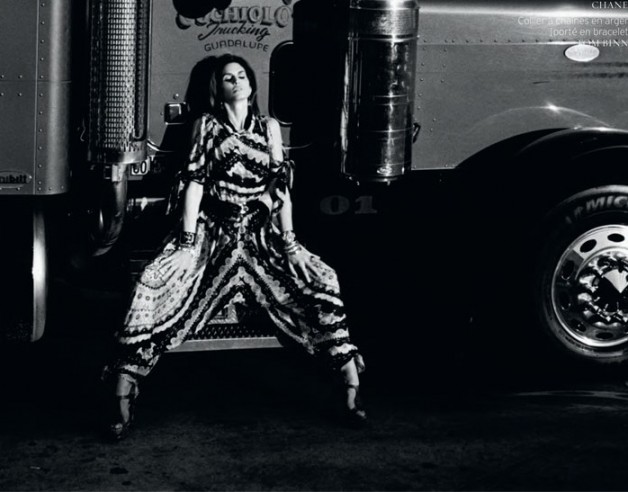