Cindy Crawford takes her annual editorial pilgrimage to the great outdoors, for the June issue of S Moda Magazine. Opposites meet in this juxtaposed high-fashion shoot by Alan Gelati. These severely structured pieces from Thierry Mugler, Versace, Alexander Wang and Herver Leger take on a razor-sharp edge set against the rugged terrain. Out in the wide open spaces, Cindy sets out to prove (yet again) she is still in the game, with looks that seem to be “above” the mortal effects of aging. A couple of times a year we get these layouts, I like to refer to as the “still relevant” tour, meant to remind us of her ongoing abilities in the world of modeling. They have included pictorials in Future Claw, Bazaar Singapore and French Revue. All stunning layouts, albeit, eerie similar in taste & tone. Sometimes these highly produced pieces, meant to appear edgy & avant-garde, can take on a sterile feel. There is no denying this woman’s ageless beauty, it defies the laws of nature. However, when it comes to the artistry of her modeling, I’m not as inspired. I’m always preaching about the transparency of opposites. Just throwing together contraries isn’t a recipe for artistic success, there has to be some thought behind it. When Kate Moss is thrown into extreme environments and asked to create a fashion-forward moment, it works because she brings something deep to the table. This just feels a bit vapid and over-wrought.  I have to be honest, there is no-one that supports modeling, as an art-form, more than Fashioncow – but I want to feel the connection. In my humble opinion, if I were Cindy I would treat my next few gigs as “test shoots.” Pretend you’re just starting out and strip it down. Try a few unknown photographers, and really explore something spontaneous & raw. And that doesn’t mean naked, or a made-up face meant to look makeup free. This is about stripping yourself of the commercially & celebrity that has come to define you. That may be something worth capturing.  Just one woman’s opinion. 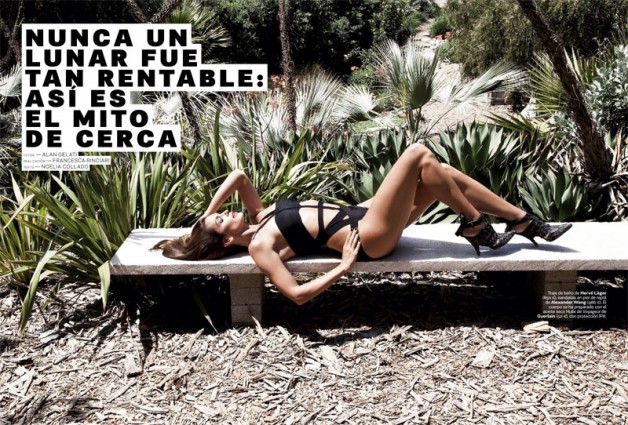 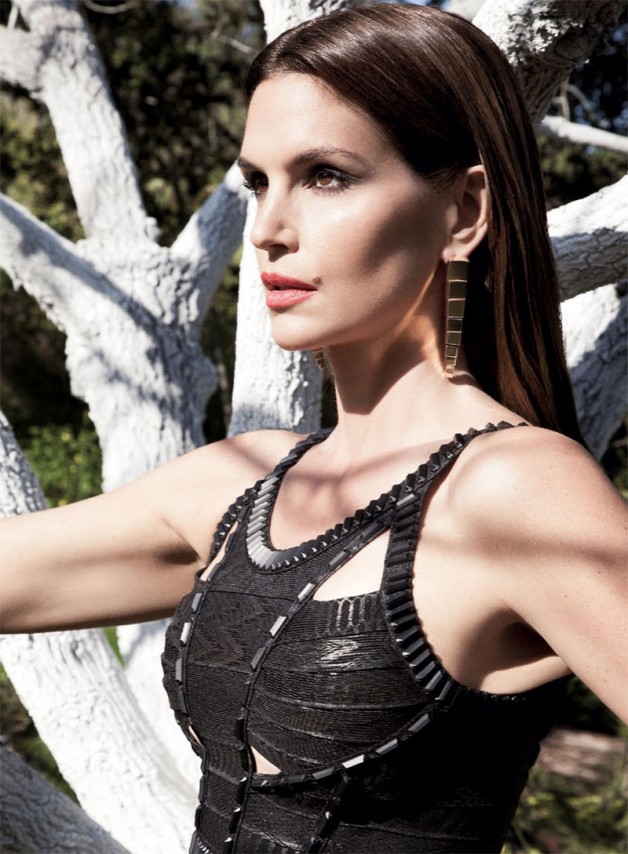 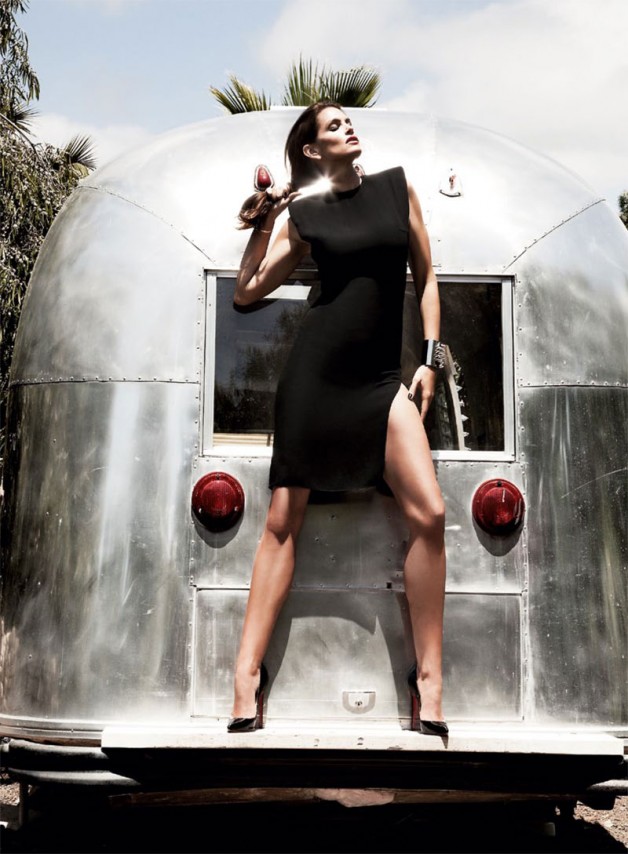 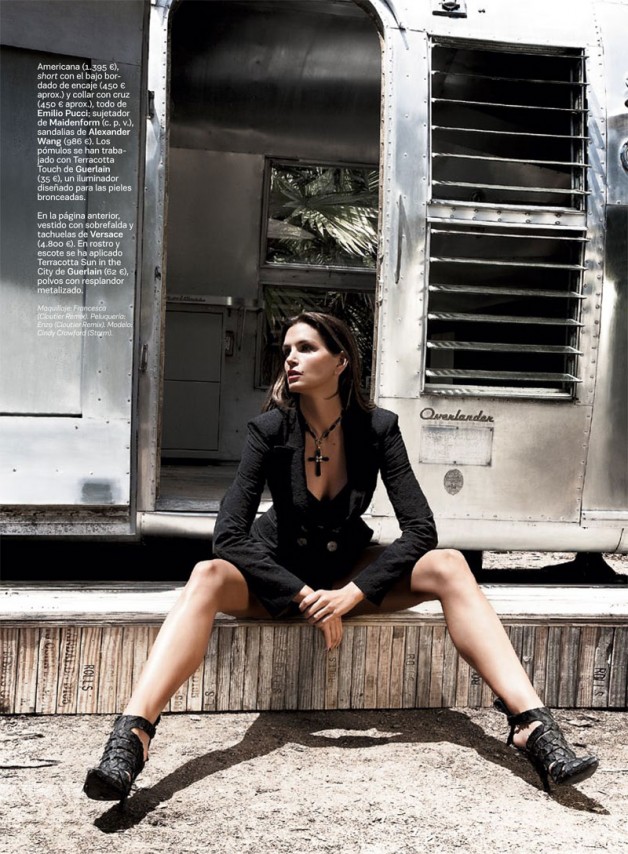 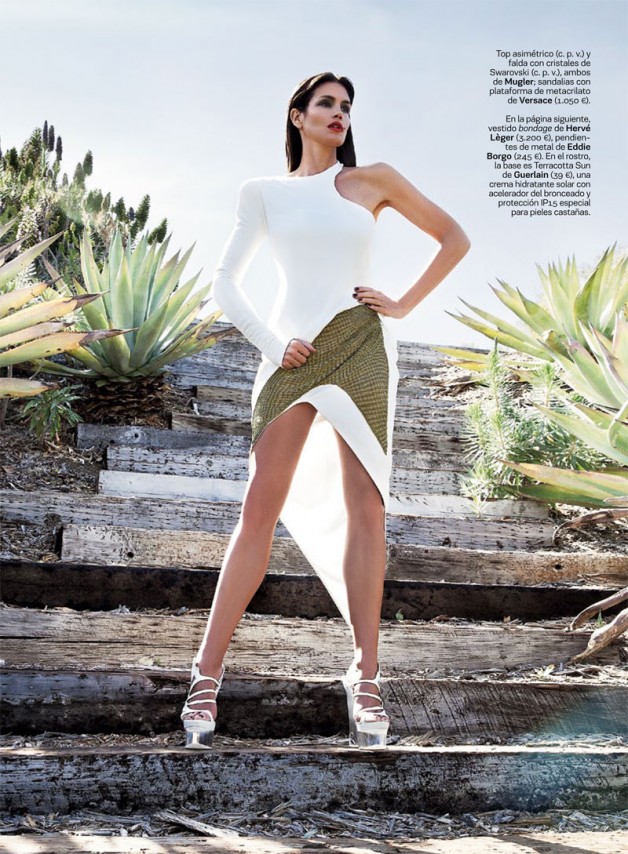 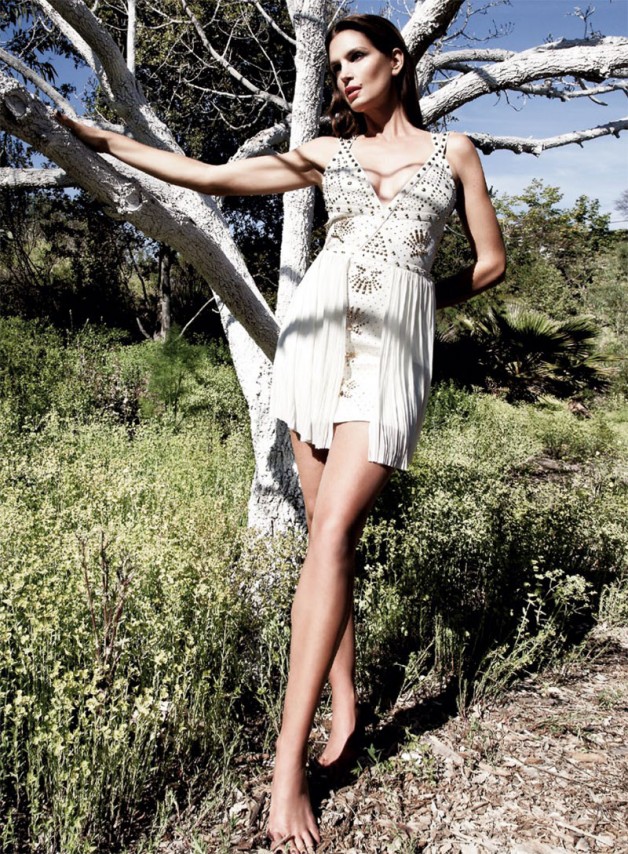 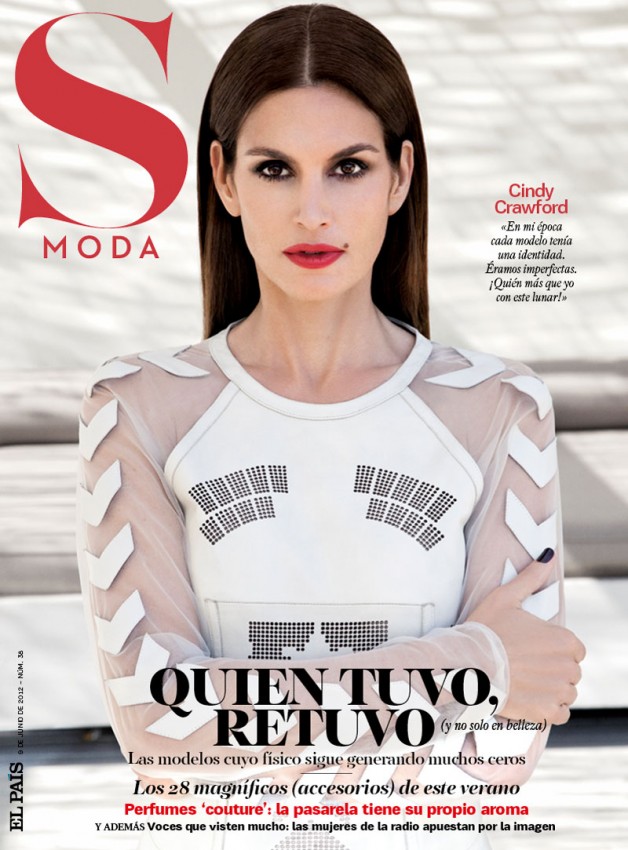