Trail-blazer, Nick Knight, tops off this artistically ambitious editorial season with a ‘Whaam,’ in the F/W 2012 issue of Garage Magazine.  Inspired by the influential pop-artist Roy Lichtenstein, Knight exposes societies’ short-term state of mind in the dizzying parody, ‘Text Talk,’ starring Lindsey Wixson. Featuring the sardonic, text-type ‘prose’ of pop-culture king, Perez Hilton, this comic-book style editorial tells the story of obsession in the era of social media.  Replacing the infamous ‘bubbles,’ the plot of this cautionary tale is written in a series of texts – told in the typical ‘broken down’ jargon of the day.  Just as Lichtenstein was known for embedding his hard-hitting commentary within seemingly light comedy, this graphic fashion interpretation gives a tongue-in-cheek portrayal of a world where nothing goes beyond 140 characters.  So in keeping with the ‘tweet-theme,’ all I can say is…Message Received!! 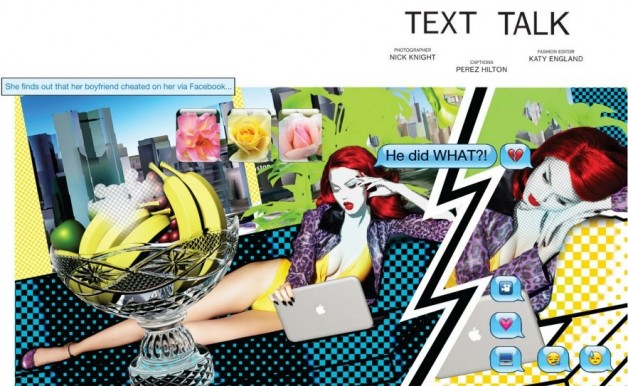 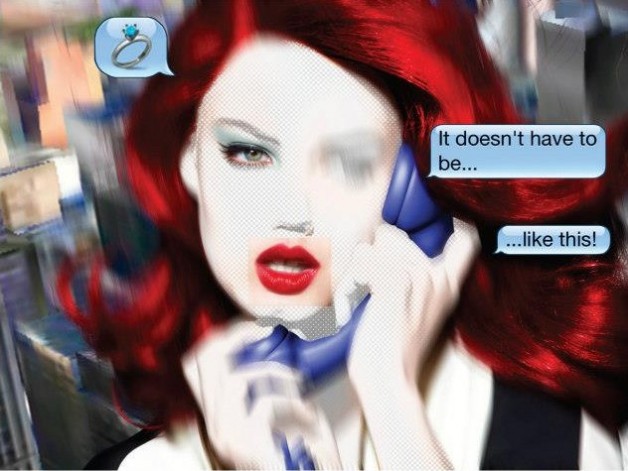 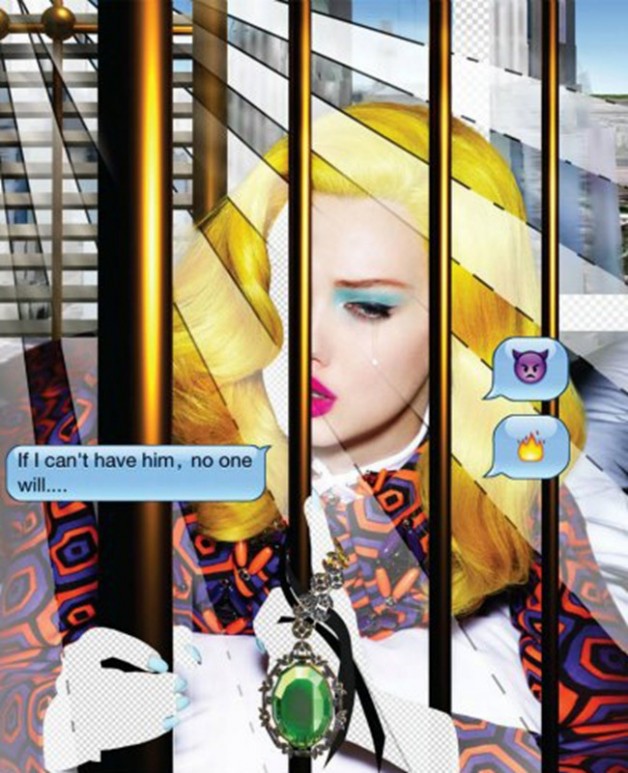 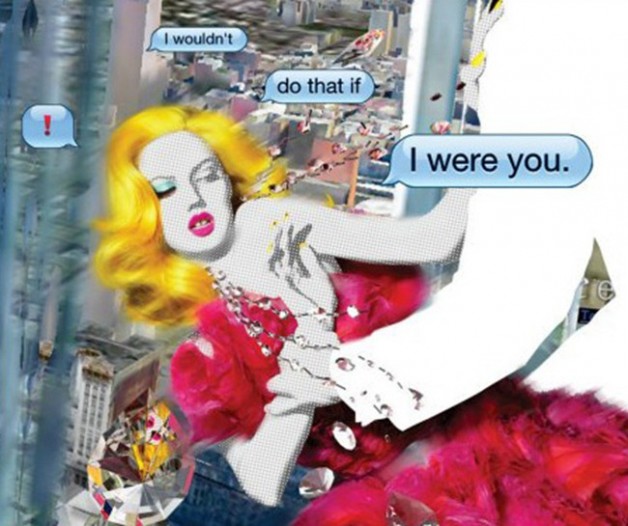 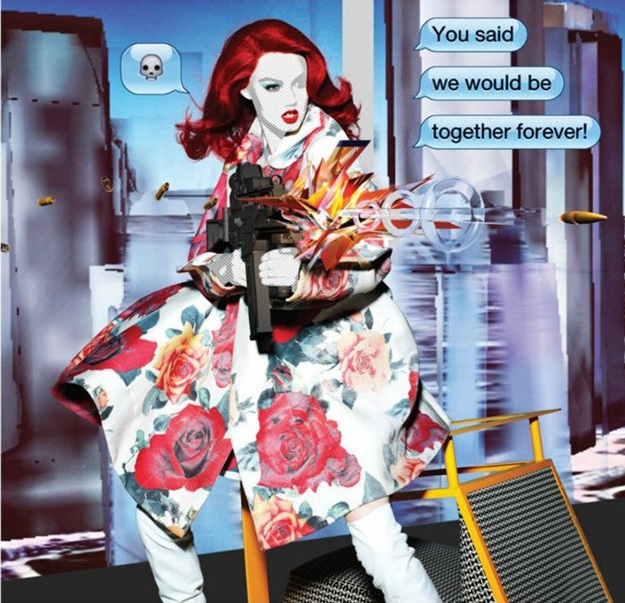 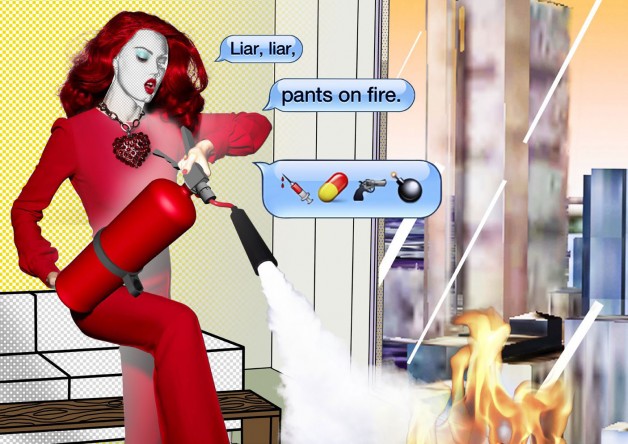 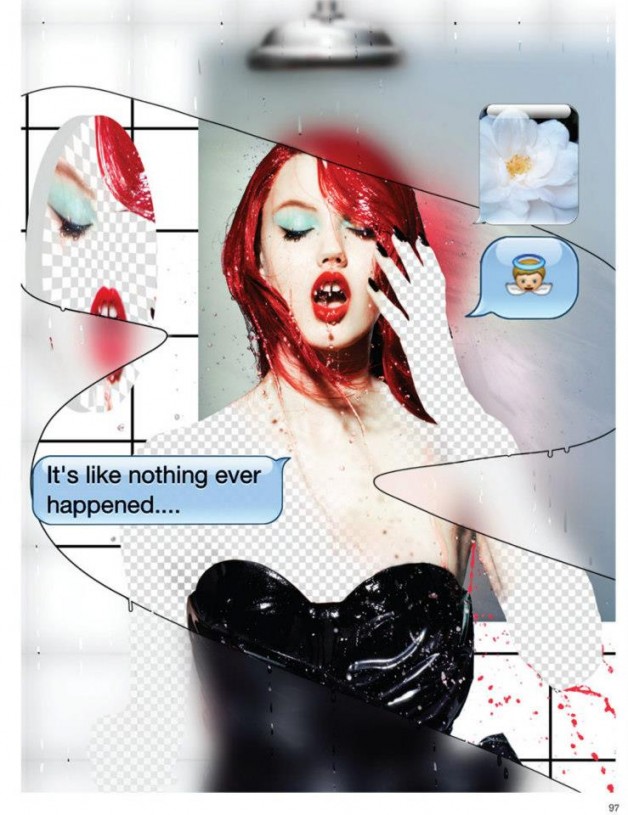 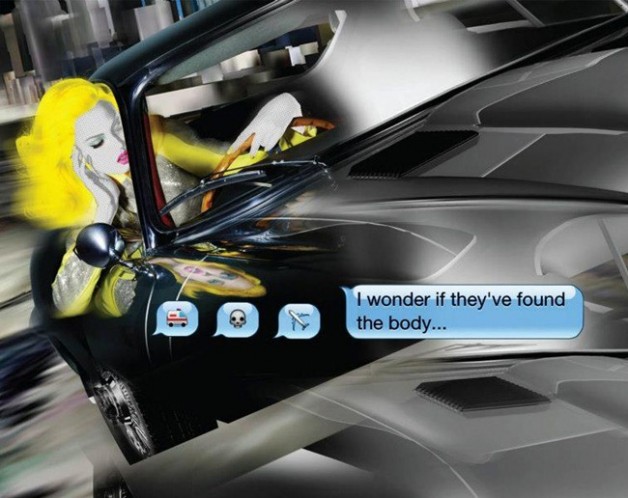 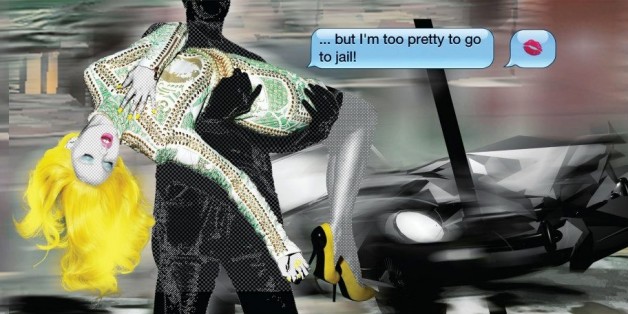