Devoted to the high art of haute couture, Edie Campbell & Karen Elson play beautiful creatures held captive by Atlas ‘The Lion King’ in Tim Walker’s period inspired piece for Love Magazine #10. The theater of fashion opens with a magical mix of dramatic scenery set against the sweeping backdrop of Shotover house in Oxfordshire, England. Contrasting elements of savagery and style collide in this epic editorial masterpiece created by Katie Grand. As the walls of constraint close in we experience the claustrophobic effects of forced confinement, in this conceptual piece that dares to use the symbolic imagery of shackles and chains to make a statement. Turning the captive into the captor, this provocative performance pushes the limits of comfort, asking us to consider what it would be like if the roles were reversed. Filled with an abundance of avant-garde appeal, the decorative detailing in Julien d’Ys stunning structural head-pieces echos the era of Neo Gothic architecture, in all it’s fashion folly. Both artful and animalistic, this achingly beautiful series brings the primal nature of the story to life with tribal tones of poetic body art drawn on the skin with prehistoric precision. To be so moved by the potency of originality that I am literally transported to another place, it is here we witness the true craft of couture. 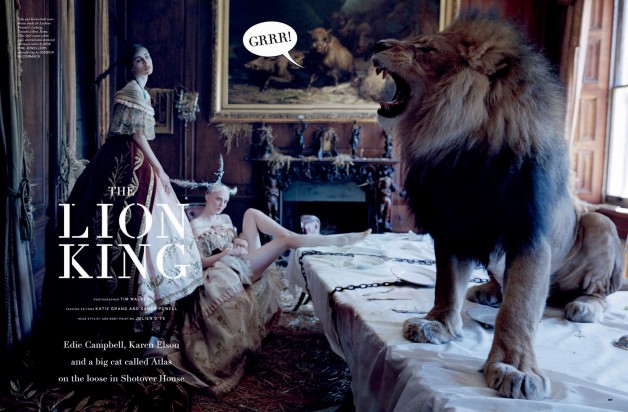 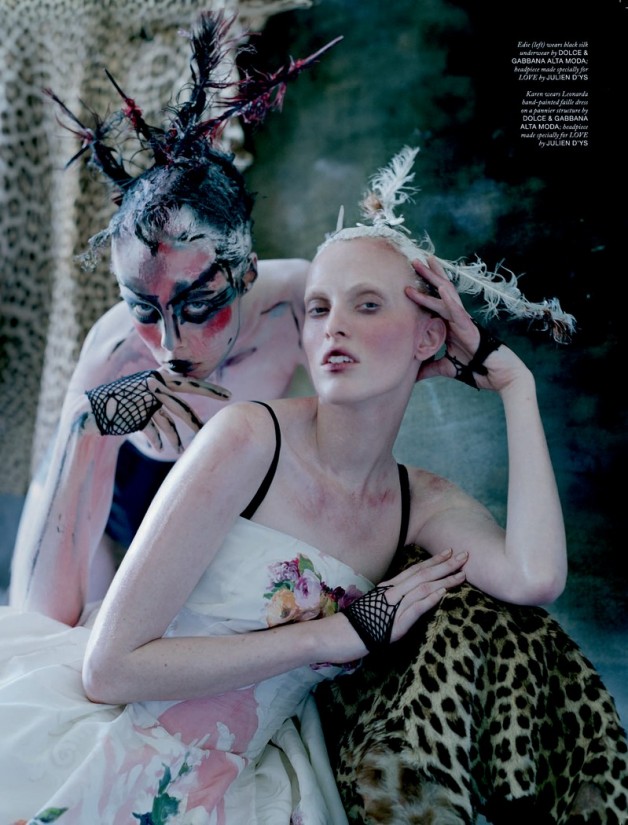 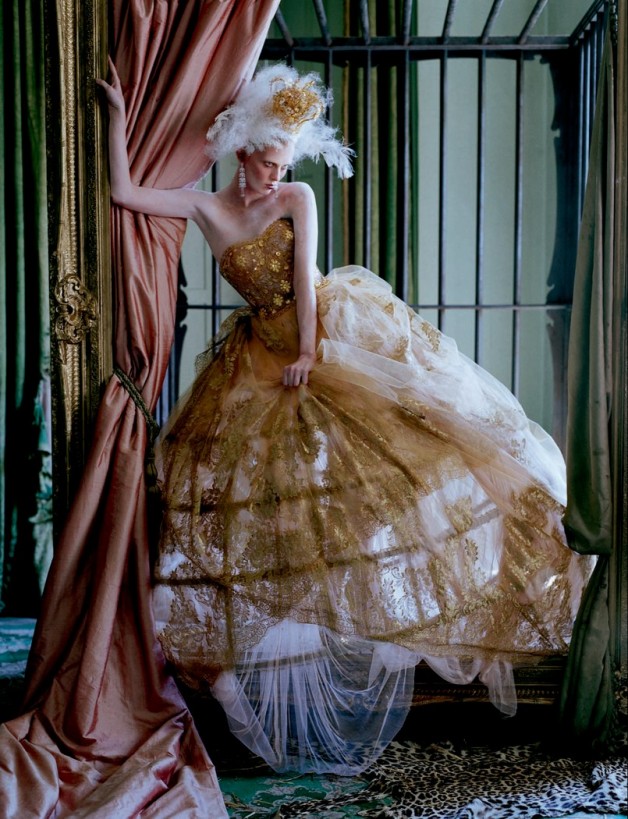 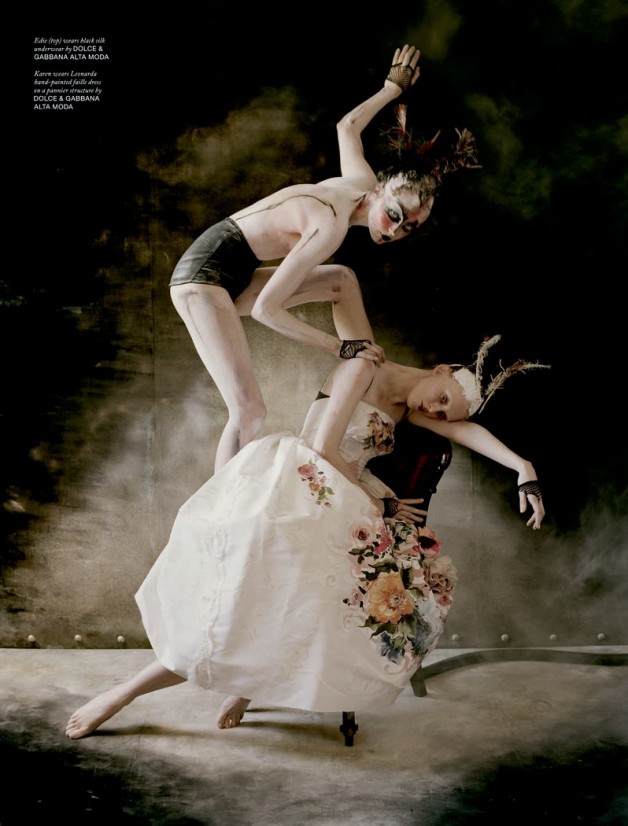 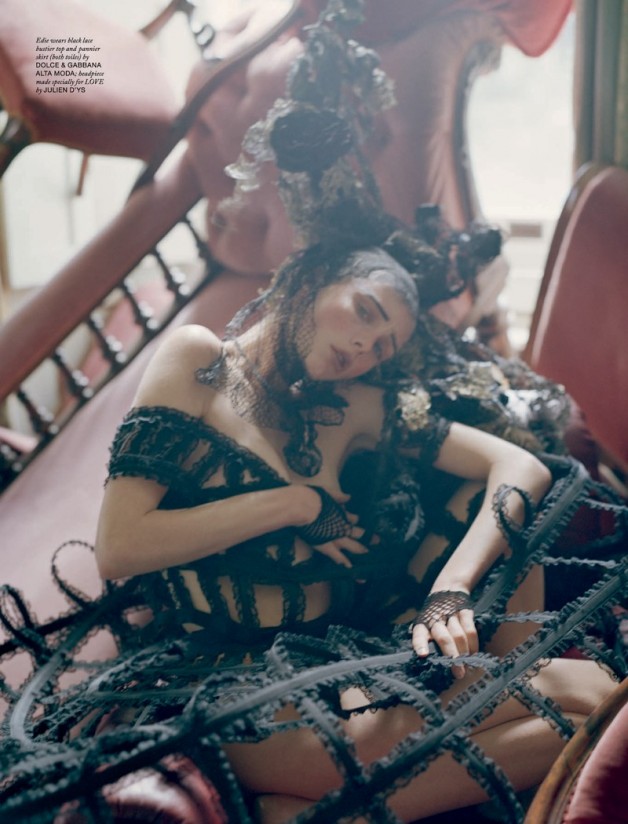 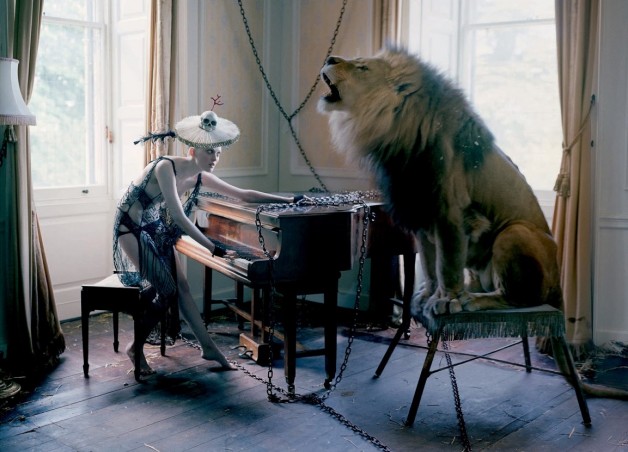 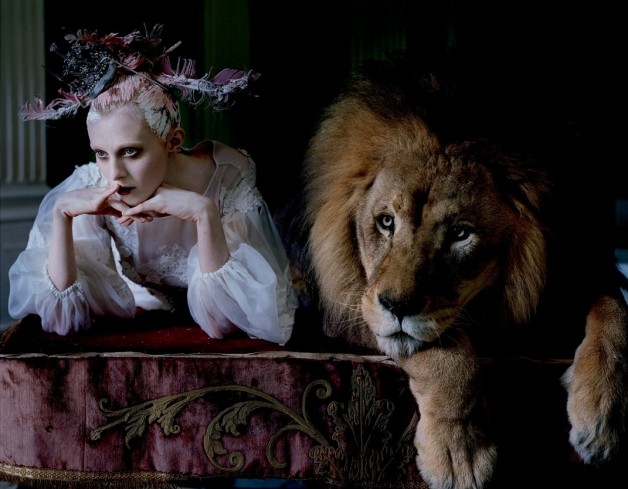 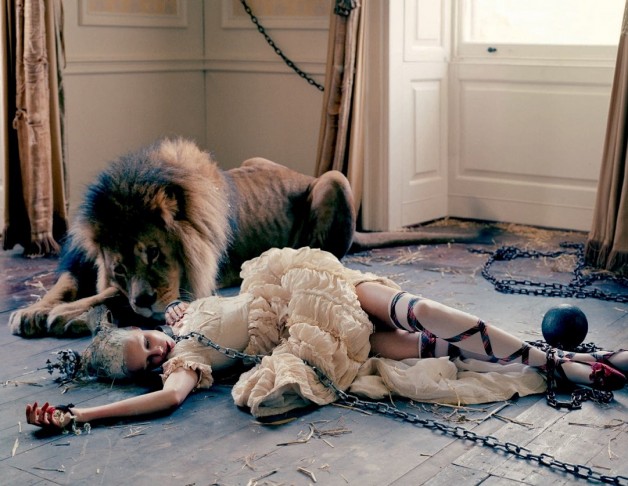 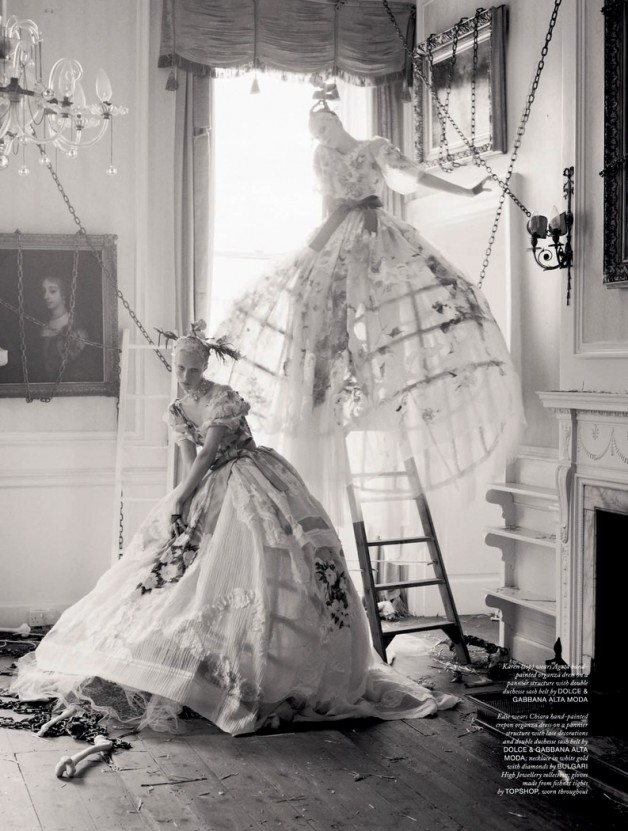 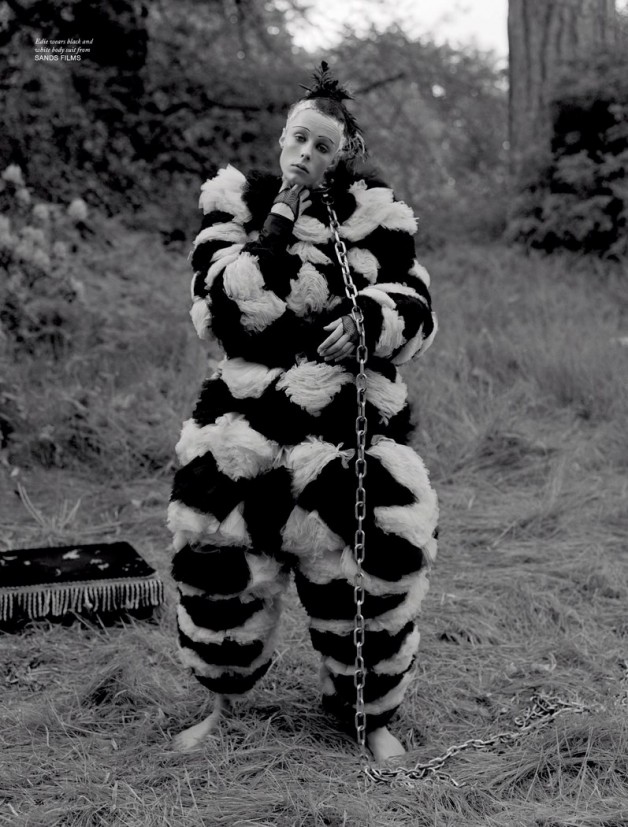 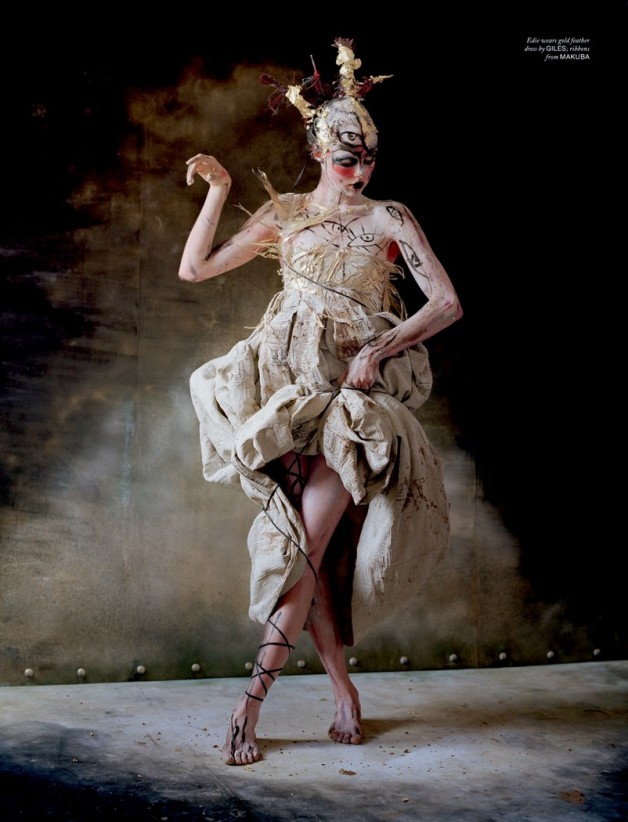 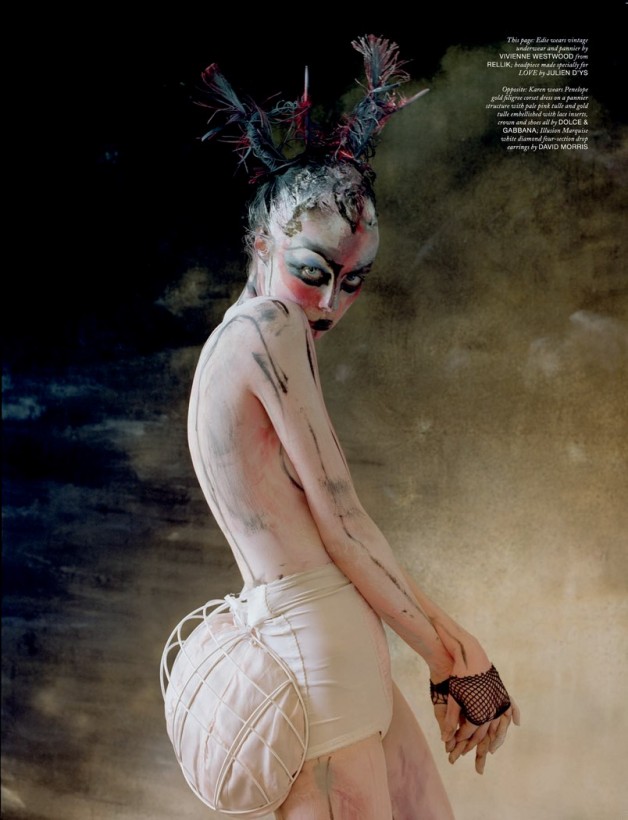 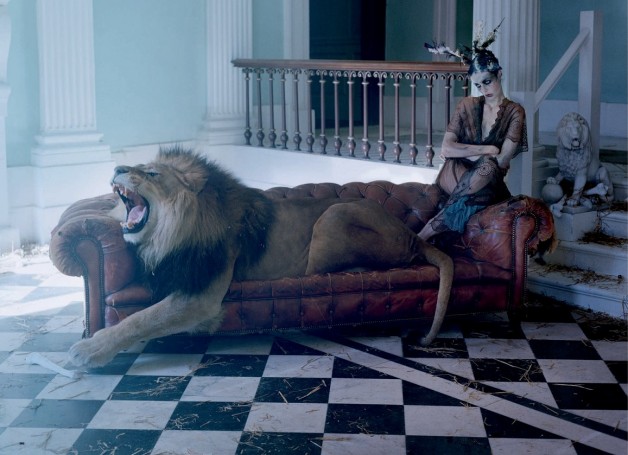 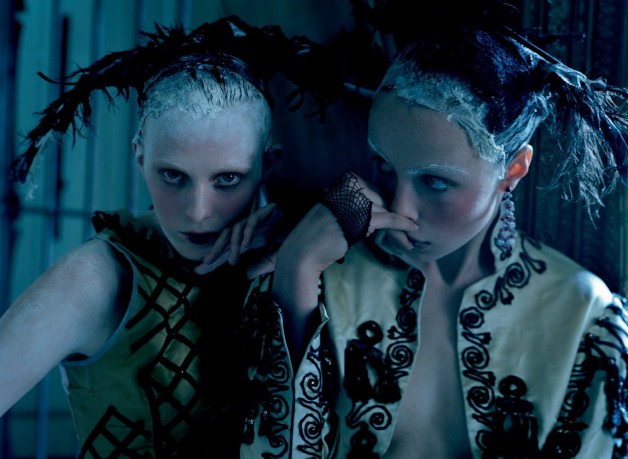 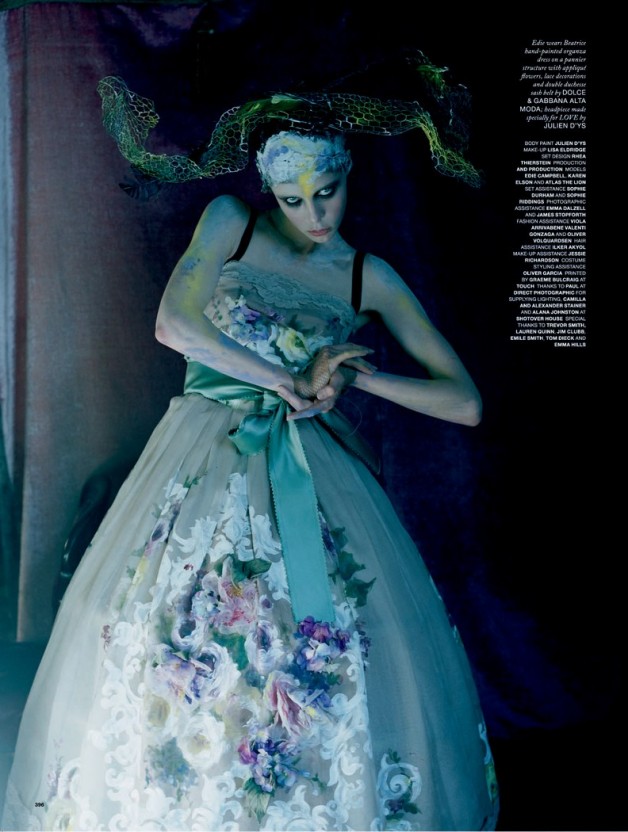