Magdalena Frackowiak feels the fire of the female lion in ‘Born Free’ by David Bellemere for Porter Magazine #9. Beauty burns through the page as each shot opens the imagination. Evoking her wild side she crosses the ground like a jungle cat. Stylist, Huynh Utzmann, lights a spark with fashions that speak to the ferocity of spirit. Garbed in exquisite get-ups, long fringe has its day with one of the most exquisite editorials ever put to print. From the lure of leather to a slip of suede, tan & taupe capture the feel of fertile land. Majestic beauty rises up as (Makeup Artist) Tatsu Yamanaka invites us to explore the art of the inner animal. The steam of skin rushes in as searing shapes embrace the essence of nature. Eyes erupt with a kind of sacred solemnity that can’t be conceived. Makeup made to feel like marks of strength gathered from the sands of terra firma. Shadow crosses the lids exploding in excess off the side of the face. Kissed by the sun, the body basks in the glow of a golden show. Primitive, powerful, passionate & free each shot compels us forward. Hairstylist, Brian Buenaventura, unleashes the heat with a back-combed creation coiffed into a fury of feathered madness. Using her body as a weapon of arousal, Magdalena wears a mane of majesty as she strikes a pose of power. Prowling like a proud lioness, she rises up in a roar, as her (inner) feline prances off into a Summer Escape. 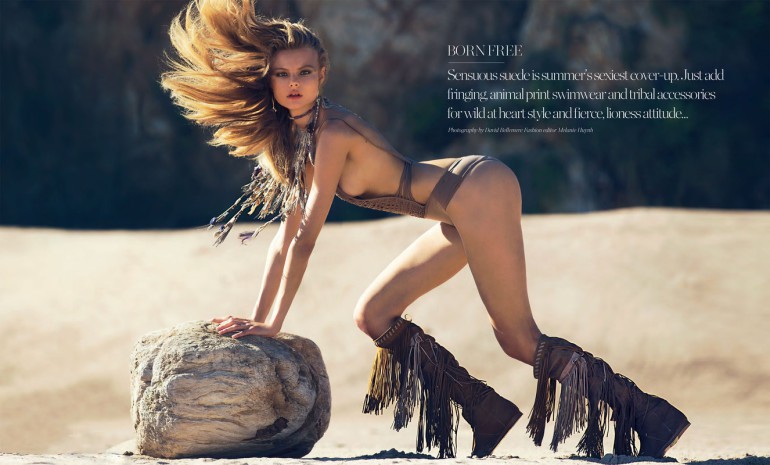 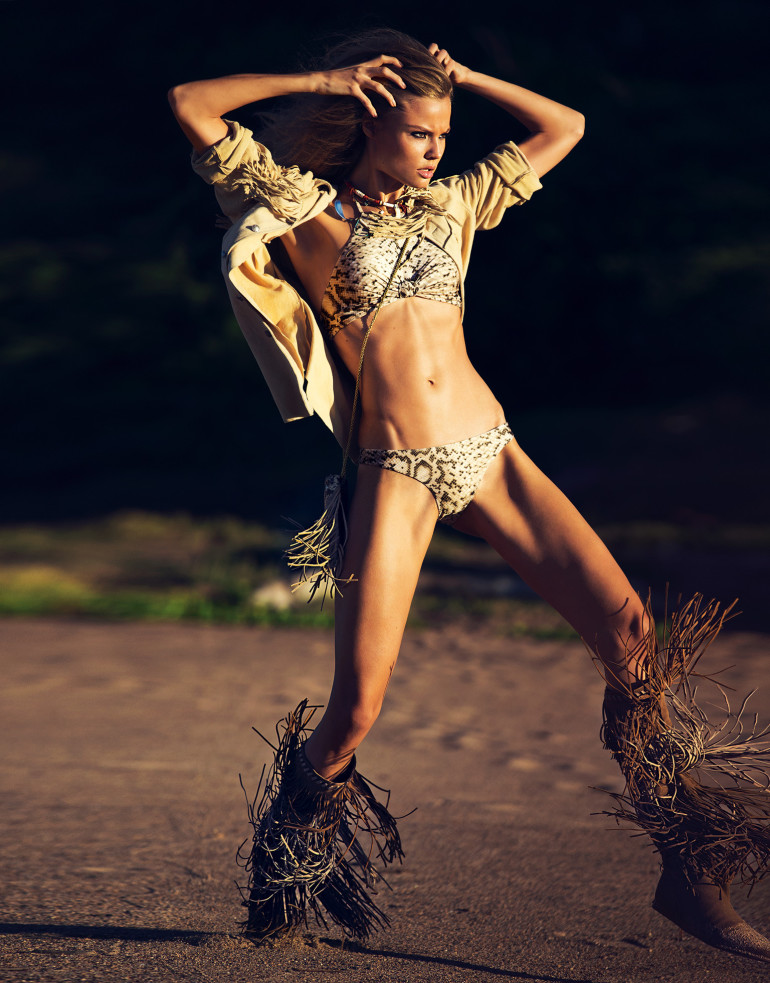 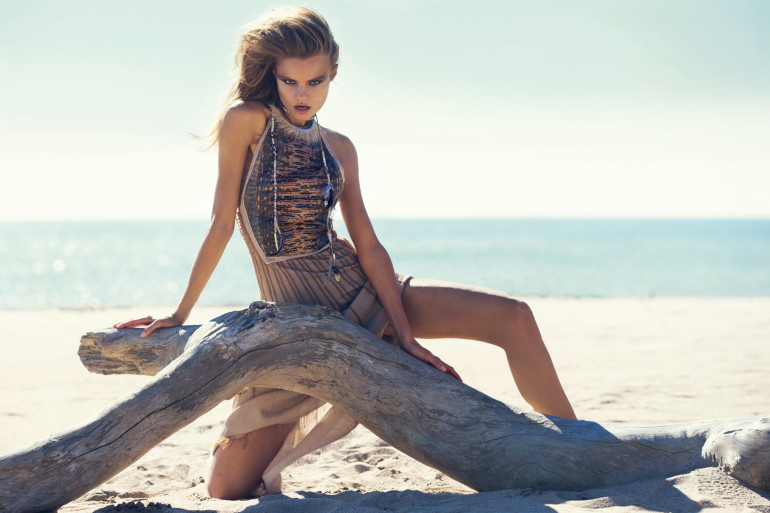 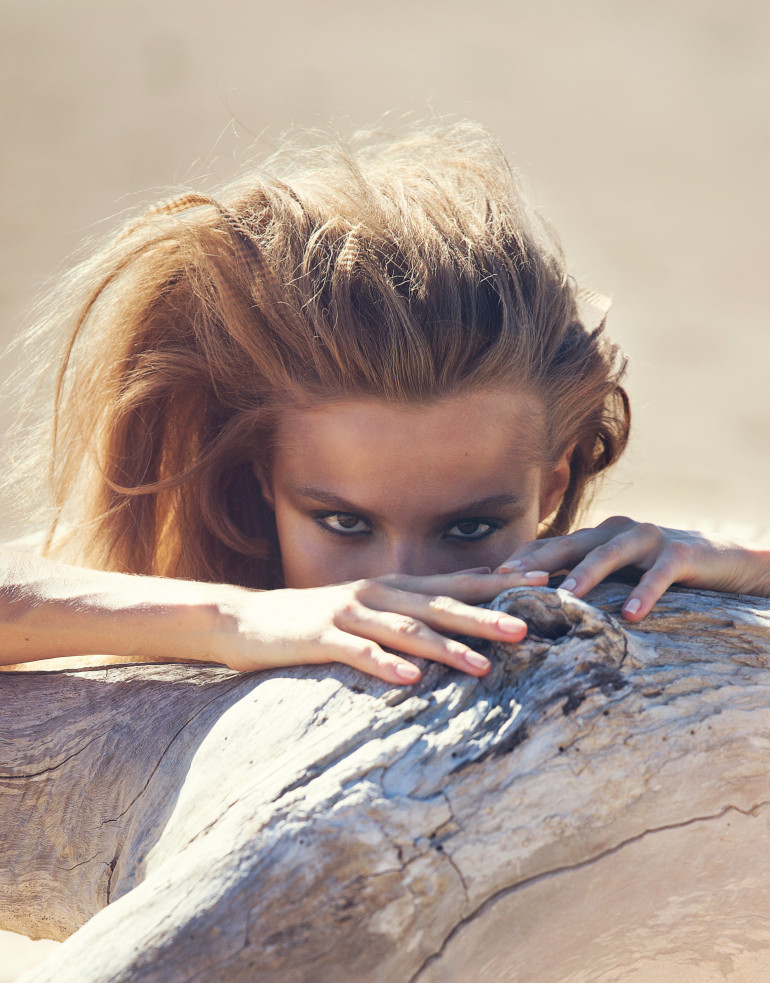 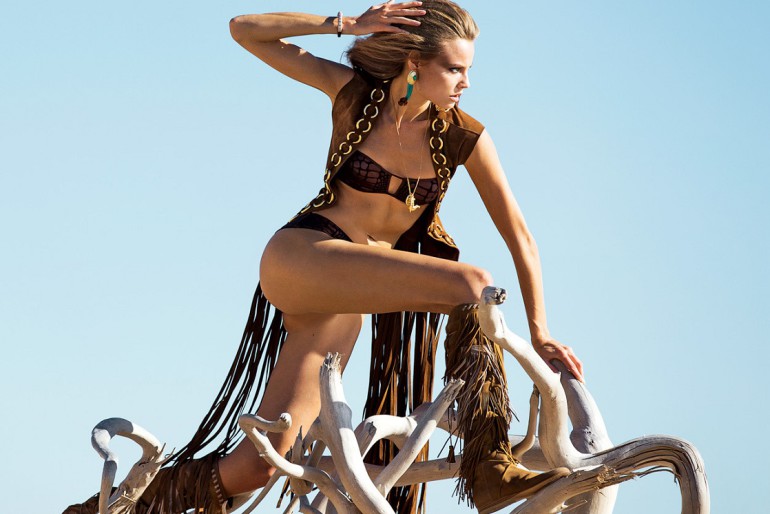 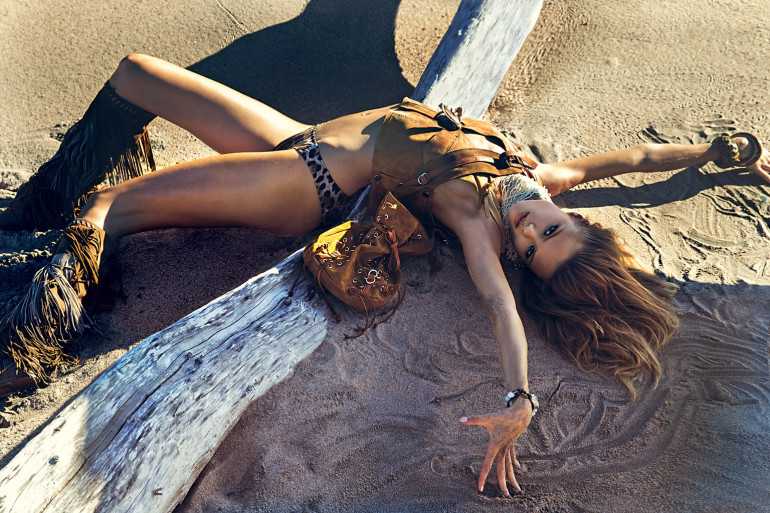 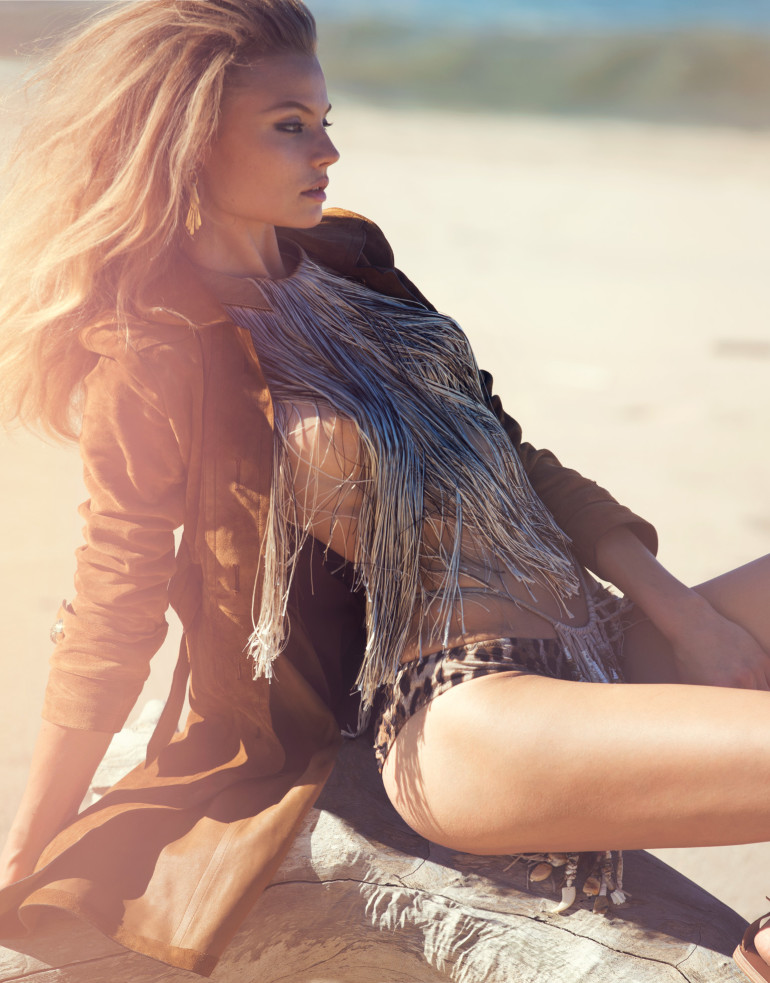 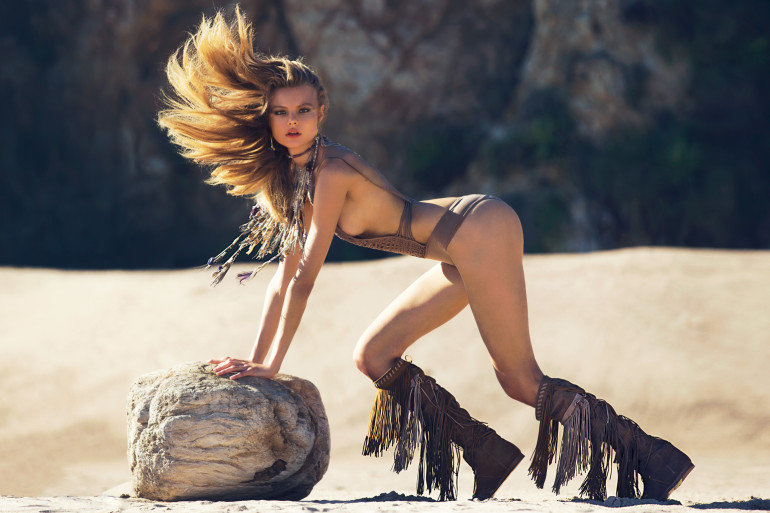 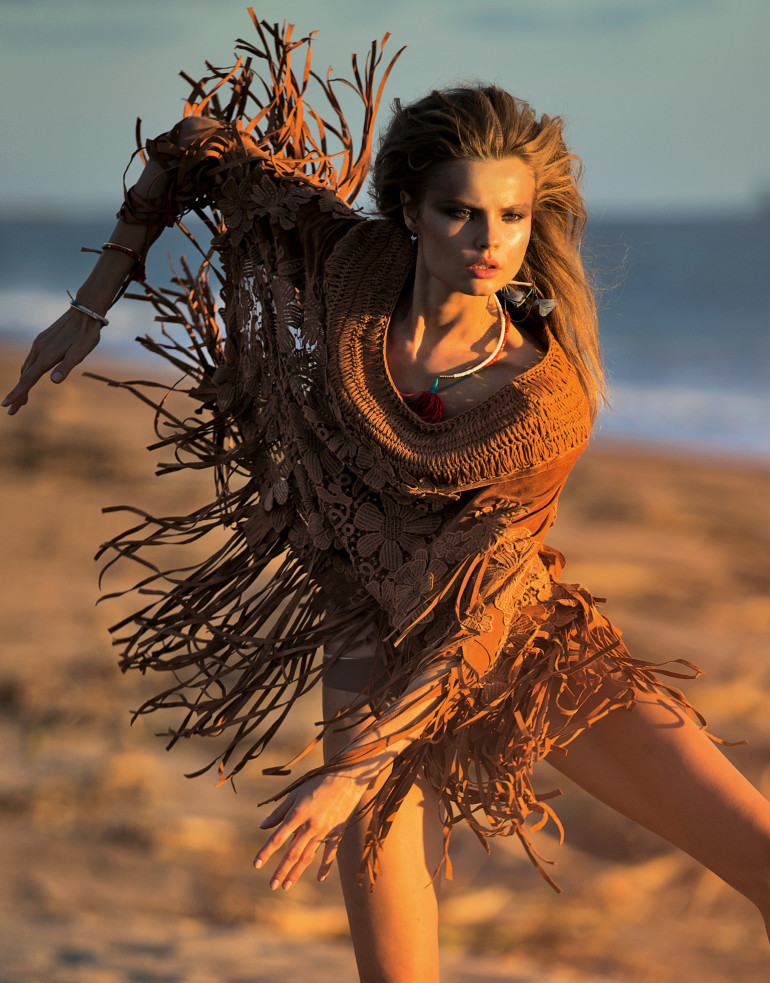 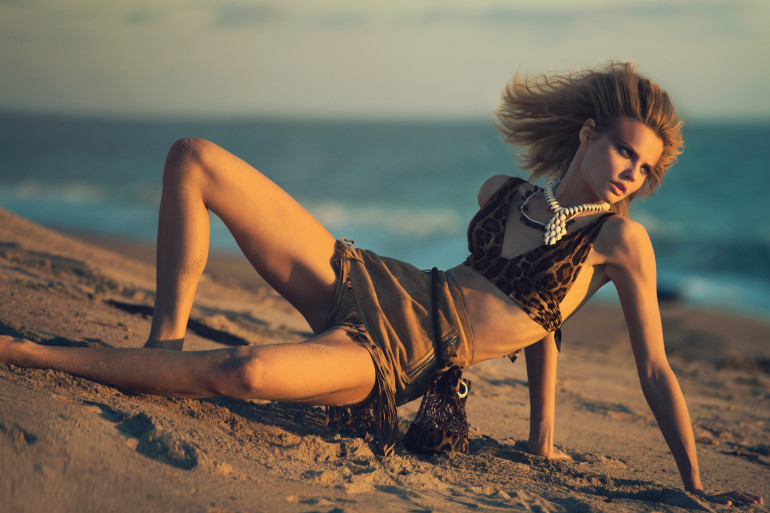 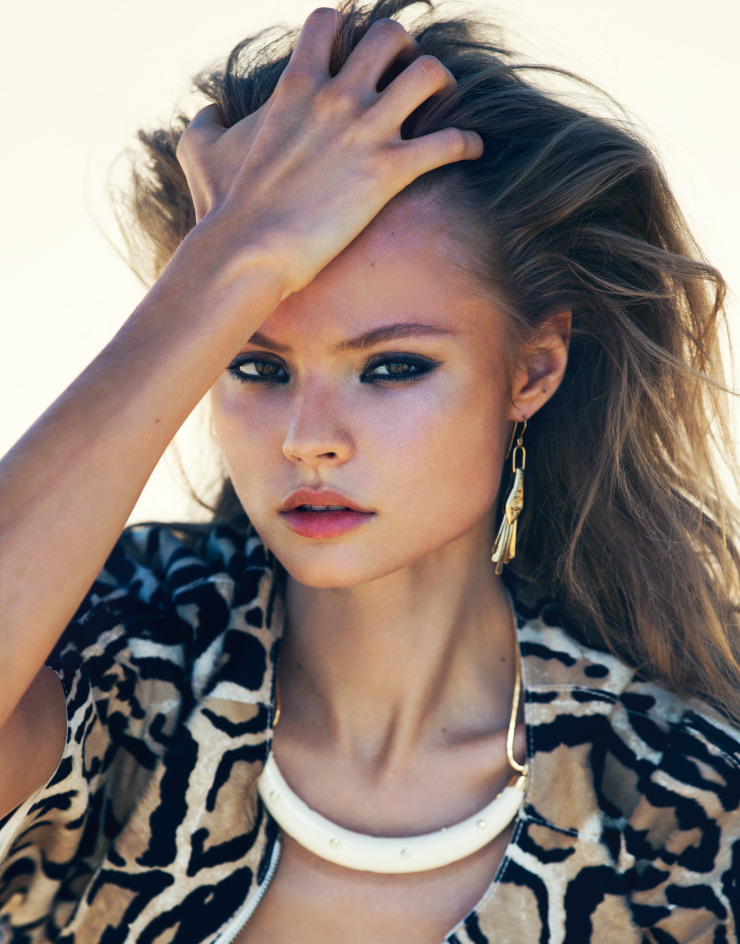 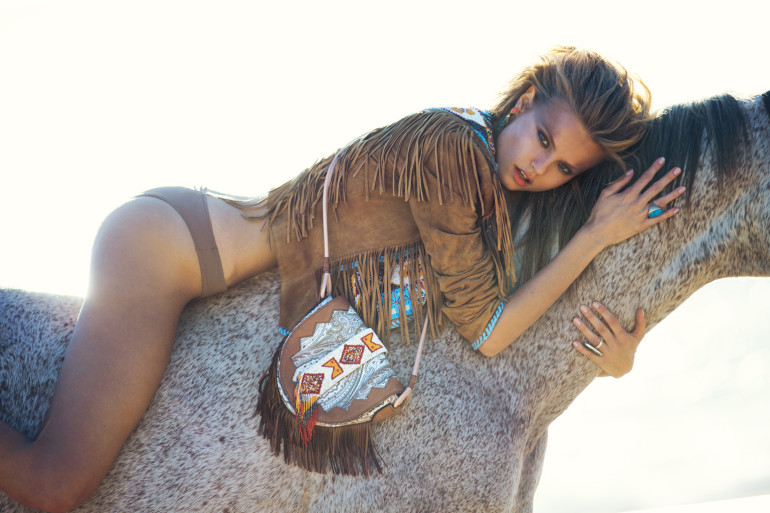 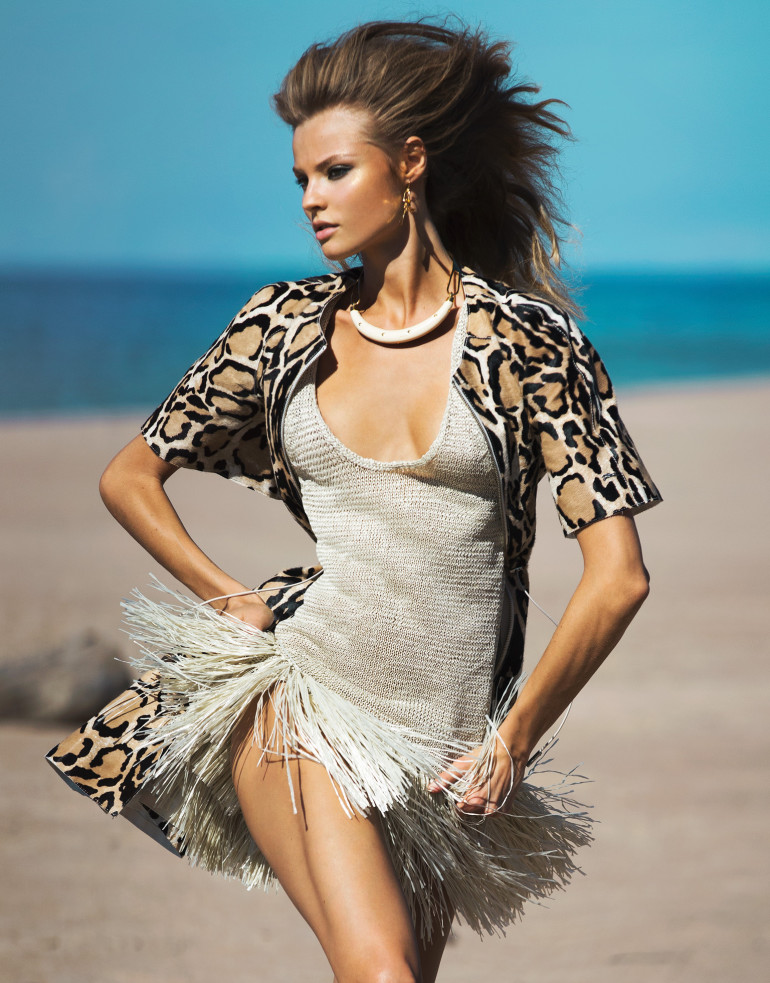