Kasia Jujeczka in ‘Of Light and Shadow’ by Sophy Holland for No Tofu, September 2015

Kasia Jujeczka dances into a dream ‘Of Light and Shadow’ shot by Sophy Holland for No Tofu. Like a piece of modern ballet the fluid nature of this work mimics true motion. Kasia showcases the spectacle of sensation with subtly seen in the shifts of silence. Floral features spill across the page as the phenomenon of the physical world erupts. Floating through the foyer, a long silken dress falls to the ground, with a sweeping train following her up the stairs. Daringly dramatic, each breath is given to mood altering looks that fuel the avant-garde fire. Stylist, Anna Katsanis, invites an element of surprise with hyper-modern fashions tinged with vintage flavor. Haute designs defy the imagination with garbs by Esé Azénabor, Georgine, Gilles Montezin, Maggie Norris Couture, Nicholas K, Tadashi Shoji & The Blonds. A torrent of tight gowns sweep over the body, touching the skin like a lost lover. The allure of couture erupts as consistency shifts the concept from ethereal to otherworldly. Neo-Makeup steals the show leaving Mykel Renner caught in an incubus of cosmetic reverie. The subtlety of skin pulls you in letting each feature be flooded with a similar shade. No brows and no mascara give off a ghostly glow, while frosted shadow entices us with an ethereal flow. A peach hue encircles the lids, cascading down the cheeks, enticing the features into unified exaltation. Matchy-matchy never looked so good as a fusion of coral floats onto the face. Lips take us on a journey from light to dark, with the final picture being that of a Bordeaux flavored kiss. Hairstylist, Takayuki Shibata, creates a spectacle of salvation with a dynamic blend of demonstrative headpieces. From floral stunners to authentic elk horns, the power of each piece is in its ability to outfit up. Works that sit on top of the head aren’t merely hats, they are an extension of coiffure. Beauty bursts out of the tub as the lithely creature stands in a bath of floating flowers. Dancing into another dimension this mimics the mercurial mindings of female ferocity. 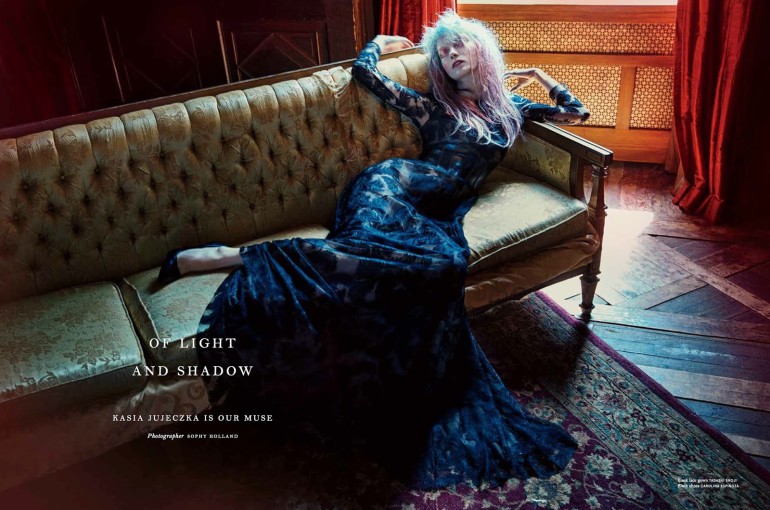 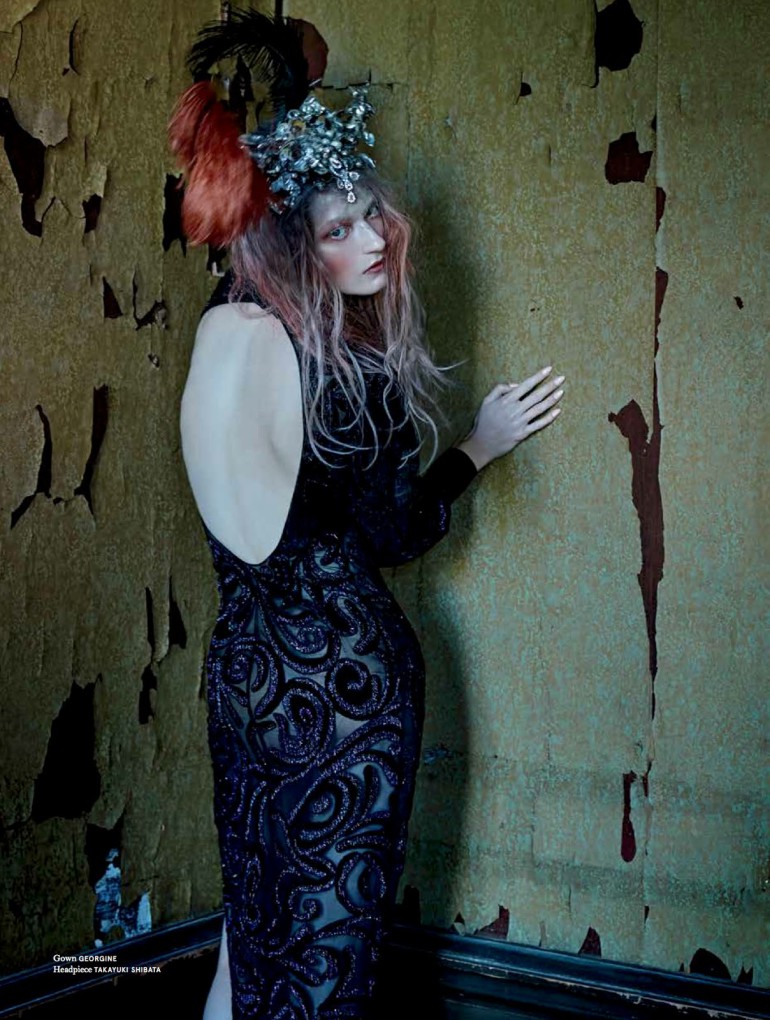 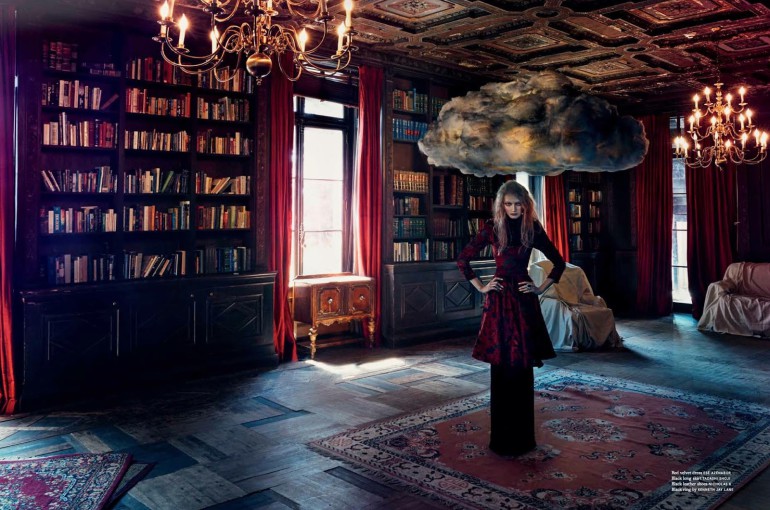 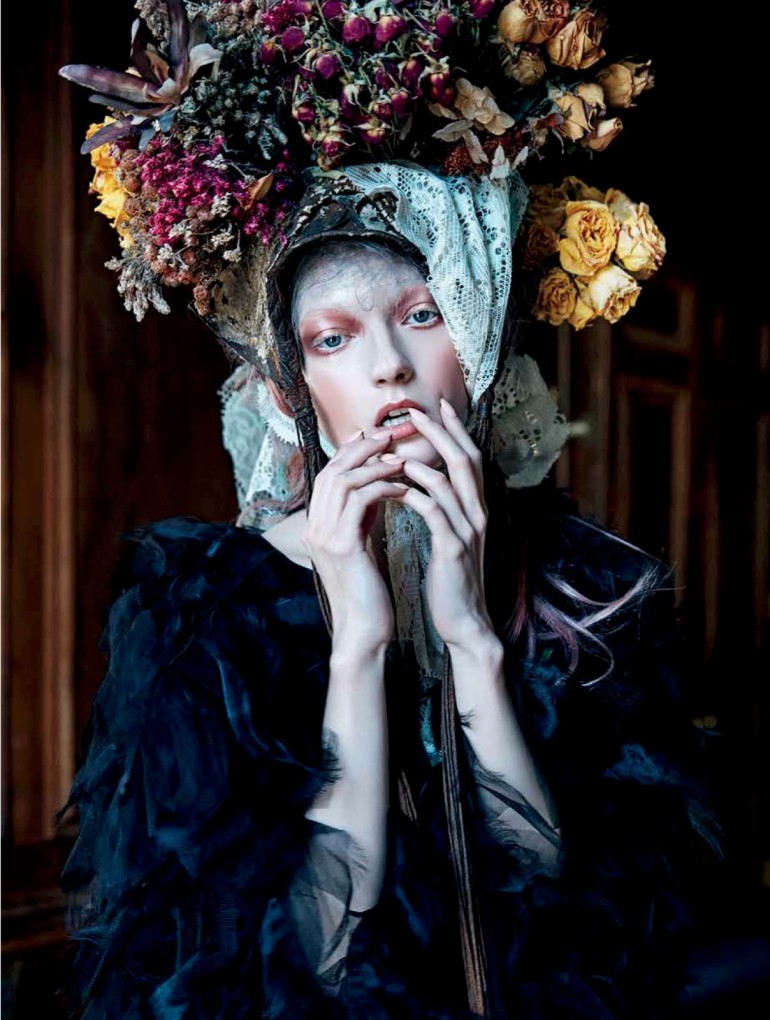 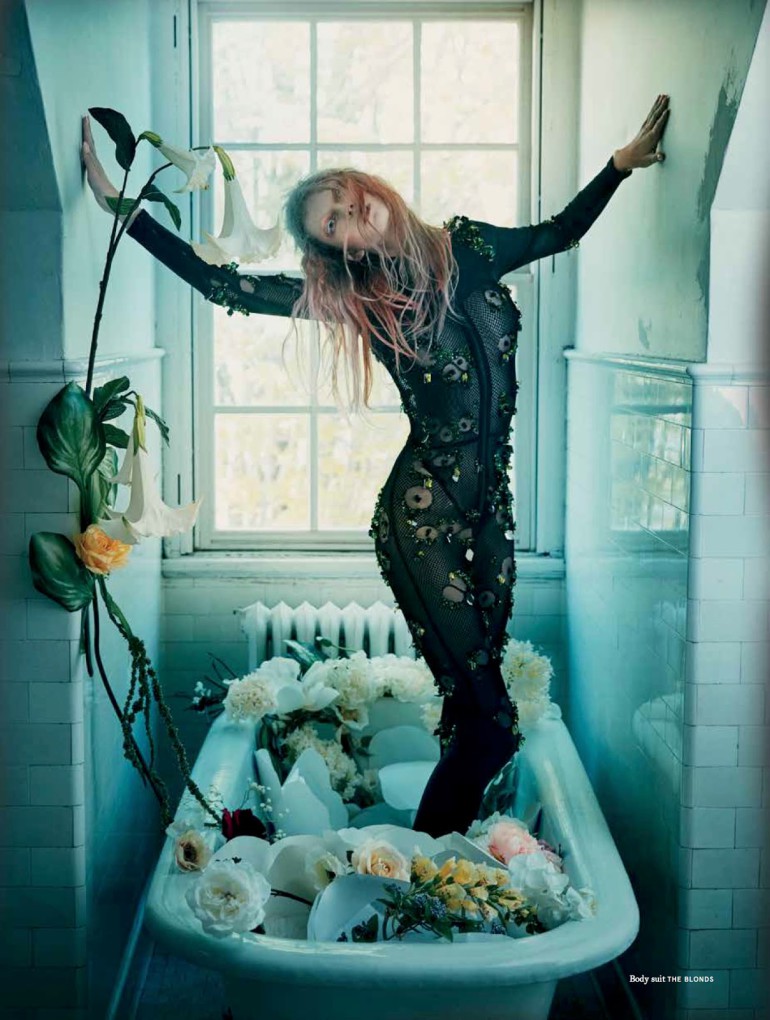 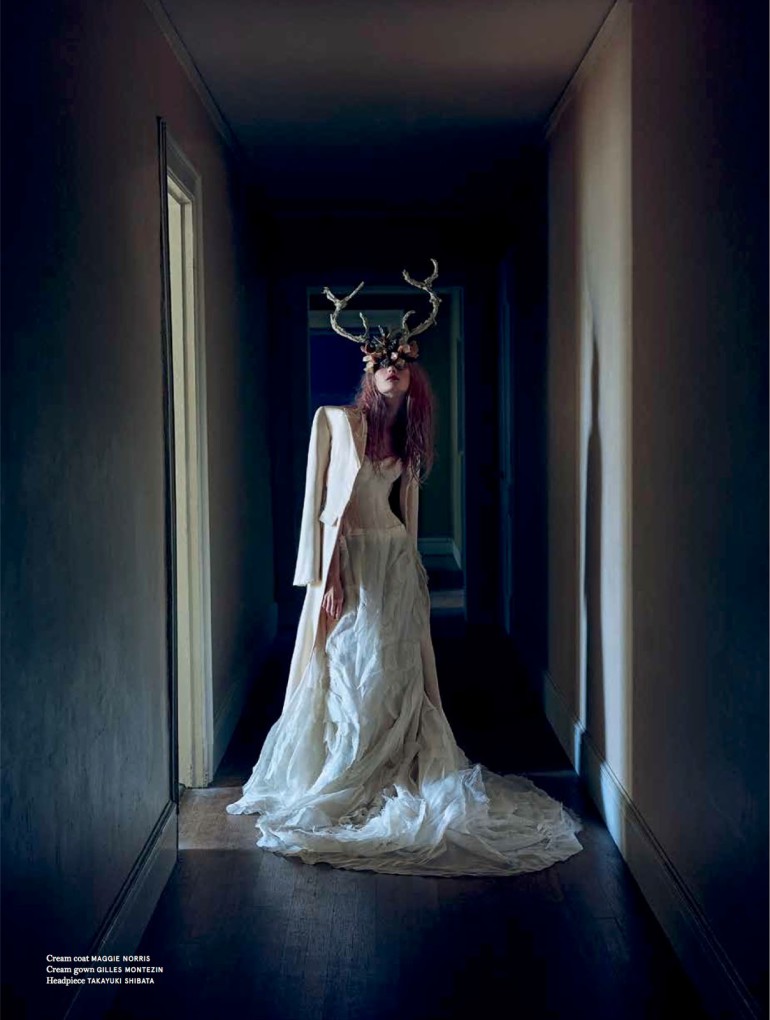 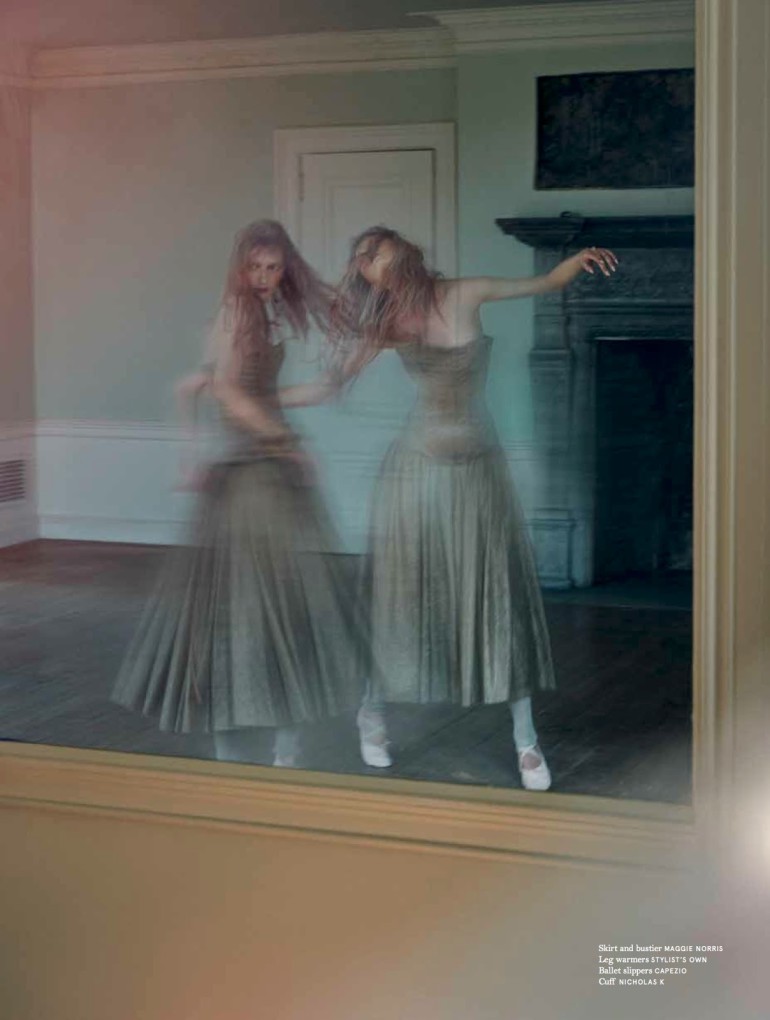 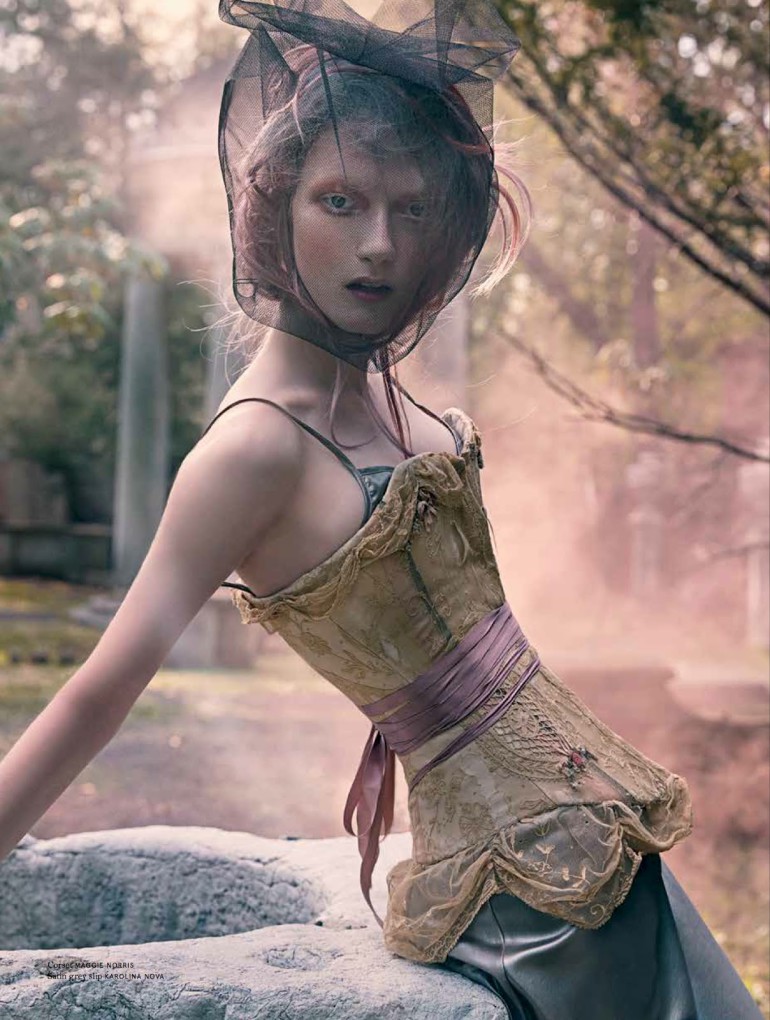 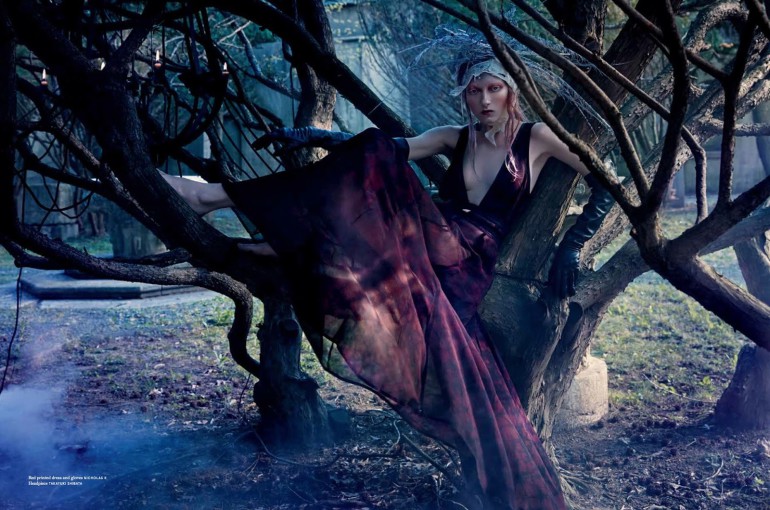 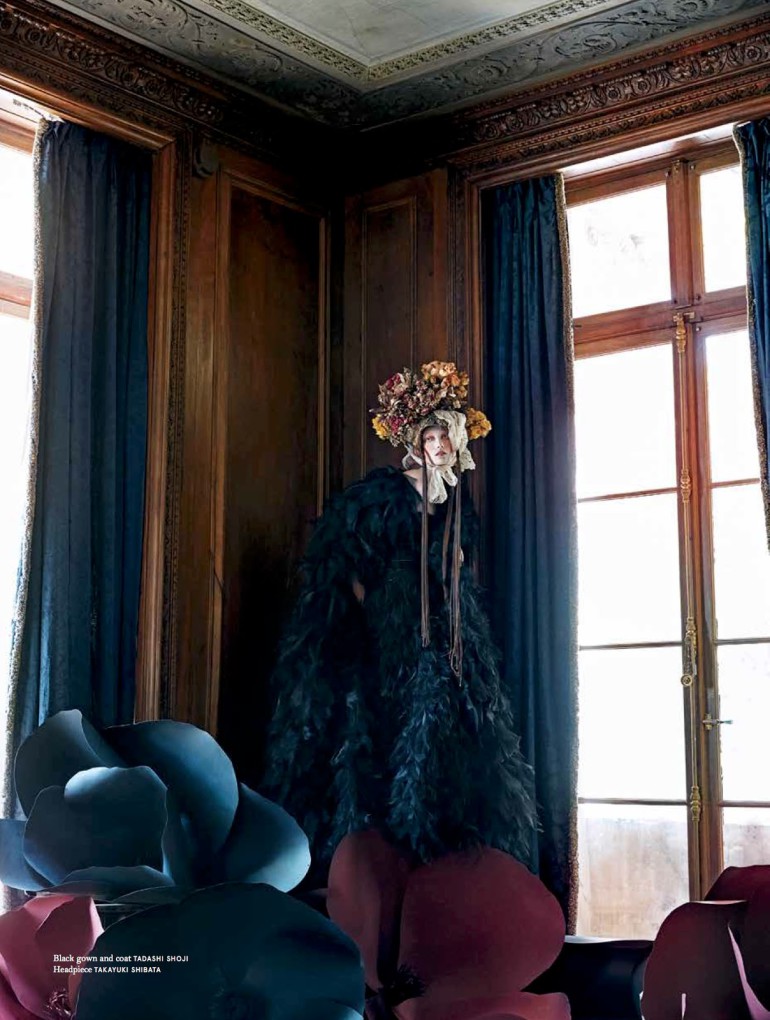 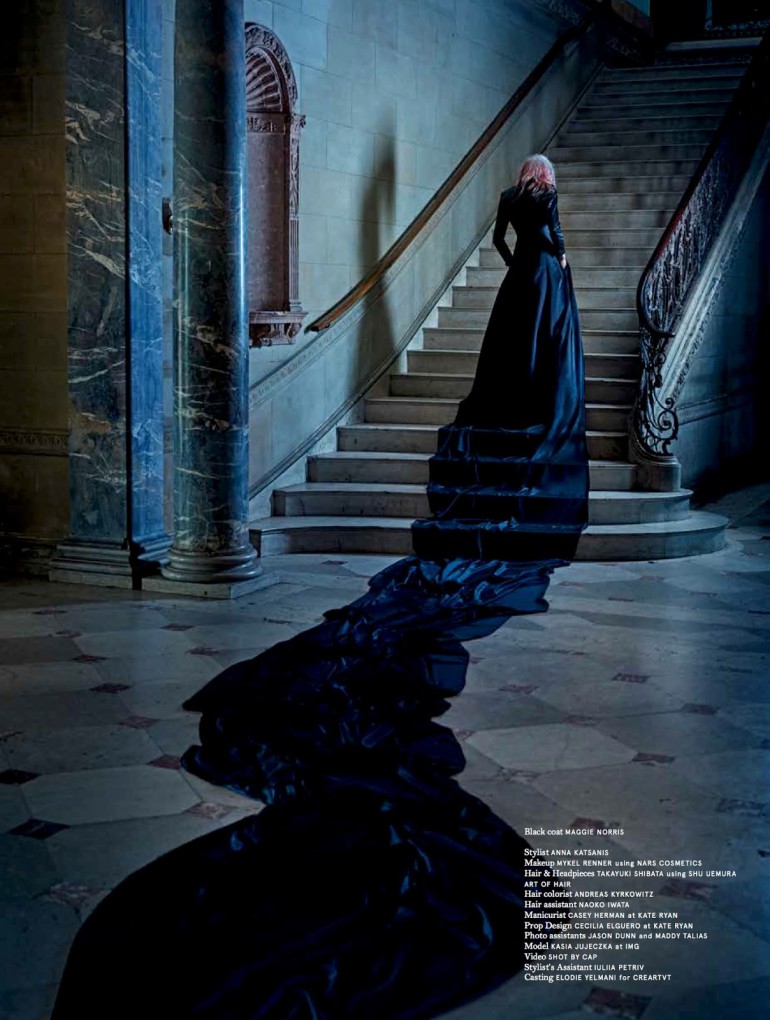 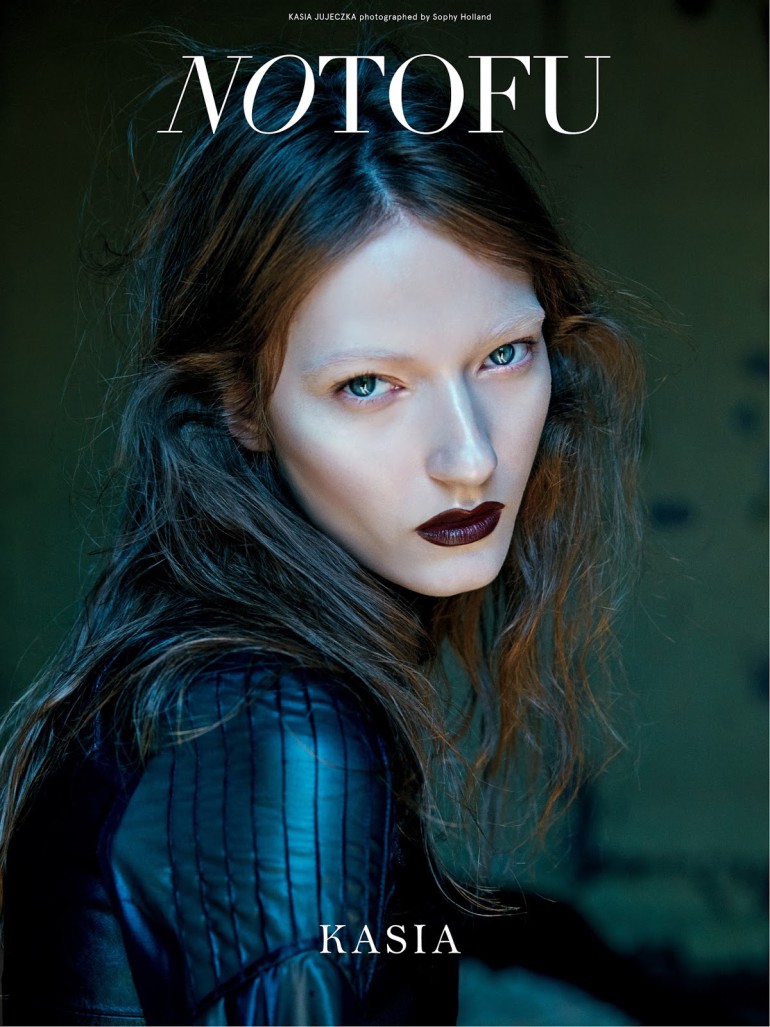 80's Ecstasy Unfolds in 'Back in the Lime Light' W Mag