Cindy Crawford, Naomi Campbell & Claudia Schiffer deliver Super-Model status shot by Steven Klein for Balmain, S/S 2016. Olivier Rousteing comes home in this exquisite editorial that brings the art back to beauty. Honoring these 90’s models for what they brought to the business is one thing, but to really see these stars for what they are is utterly enticing. There has been a distinct departure helping us to see what has made these women stand out. Never self-focused, rather they had a united synergy that moved with the photographers. Creative Director, Pascal Dangin, brings the concept of mood boards to life, by capturing these moments for future fashion lovers. Each pictorial isn’t about reliving your younger years, it’s a connection to your exquisite self. The maestro of modern makeup, Yadim, bares out beauty that’s borne in black and white. Brows are manicured yet natural giving the eyes a bold barrier, while thick mascara is worn over shiny shadow. Light washes over the curves of the face as darkness recedes in just the right place. Extreme cheeks are pronounced, as gorgeous lips glow leaving us with luscious punctuation. Shay Ashual mimics the hair of the day with long, fluid locks that speak 90’s chic. This story asserts that securing your youth is about honoring the truth, and in that effort, we are met with some of the most exquisite pictures taken this season. Cindy, Naomi & Claudia use the power of their stares to lure us in as we experience the true essence of their being. In an era that was as much about the feeling as it was the final image, this story represents that original ode to inner beauty. Set Designer; David White invites us to Feel the Real Deal, with fantasy infused images that include an appearance by Rousteing as the seductive figure. 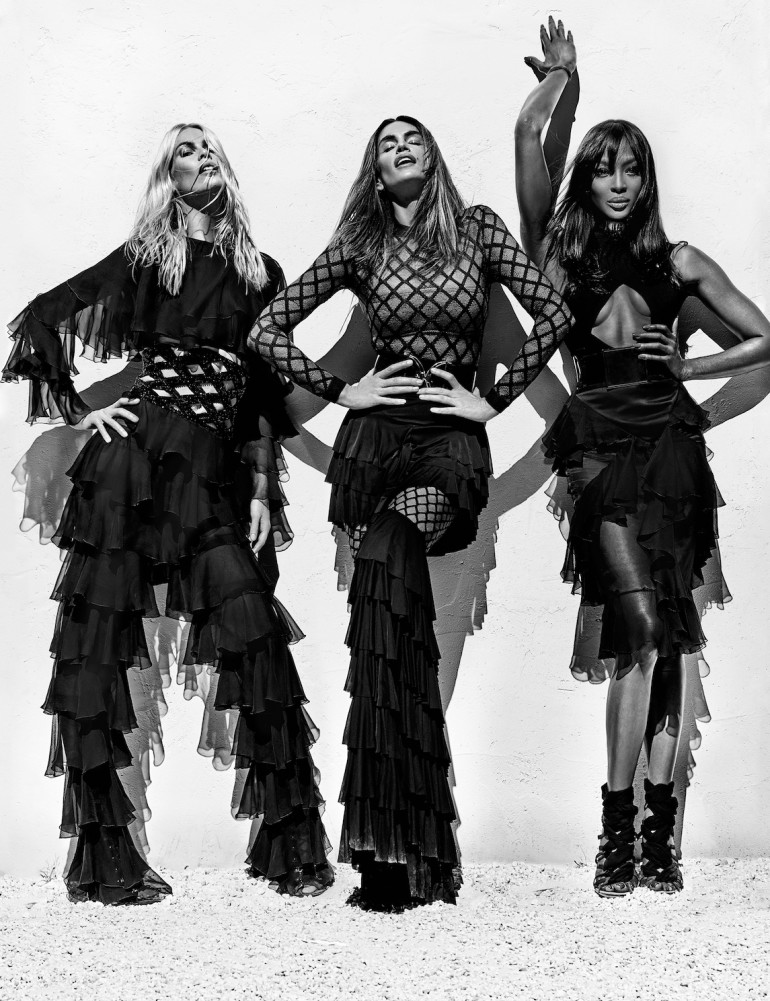 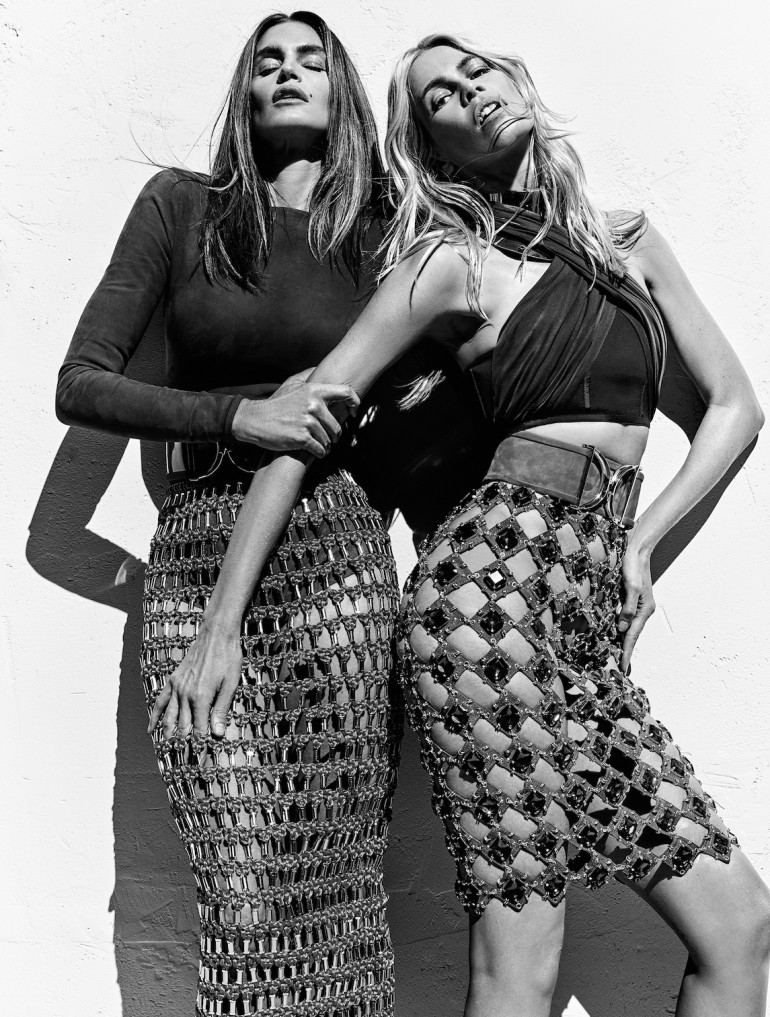 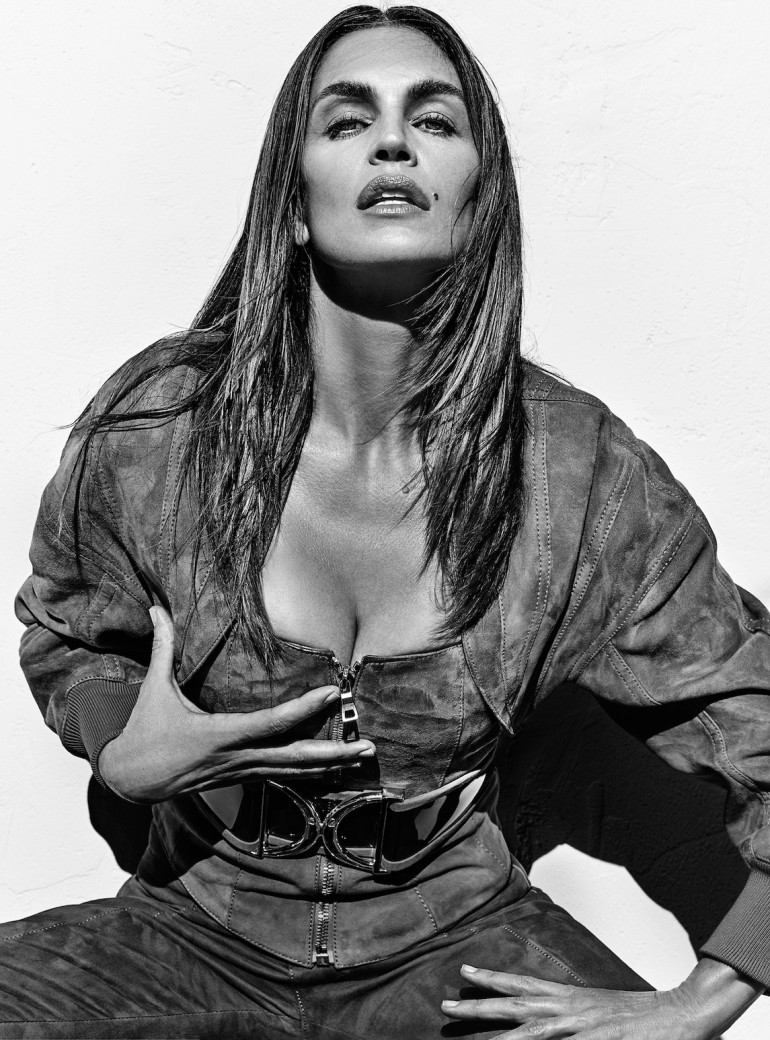 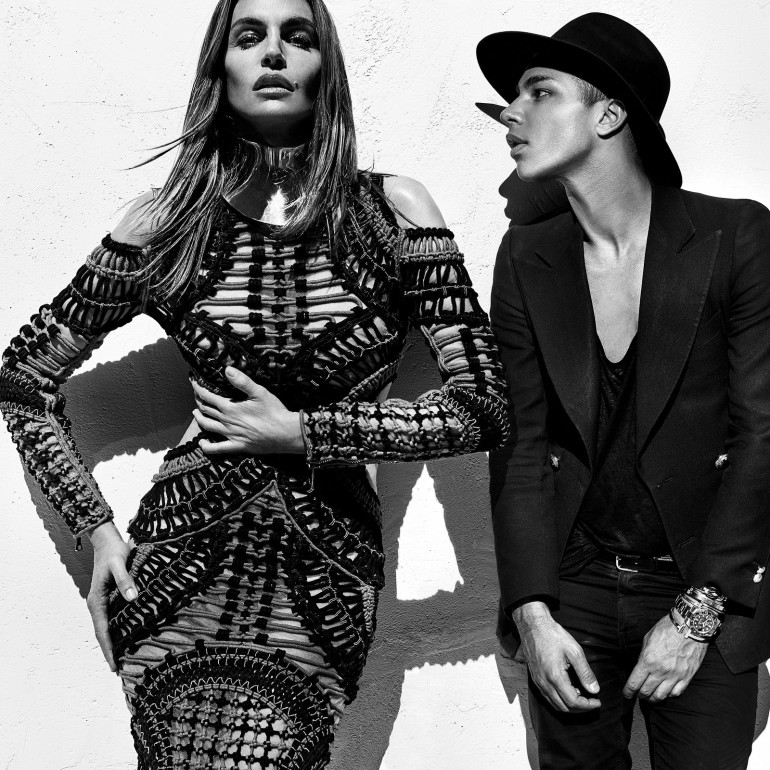 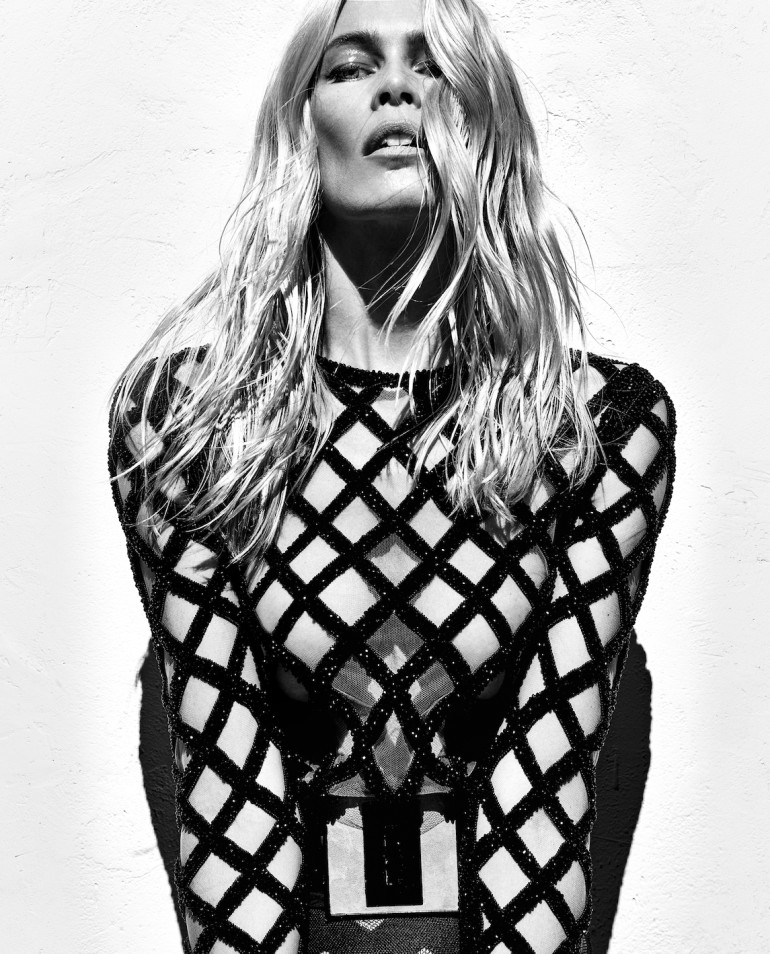 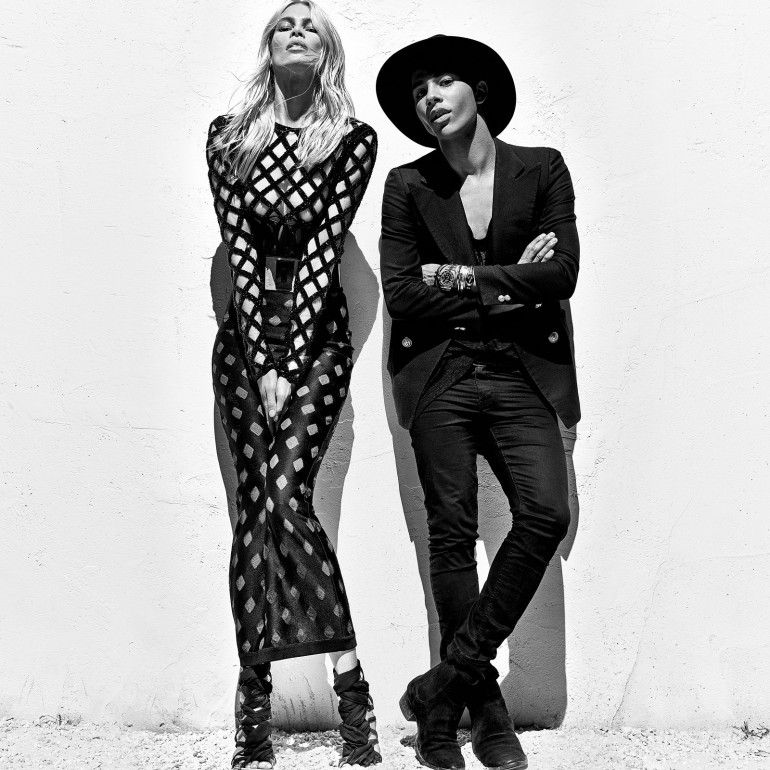 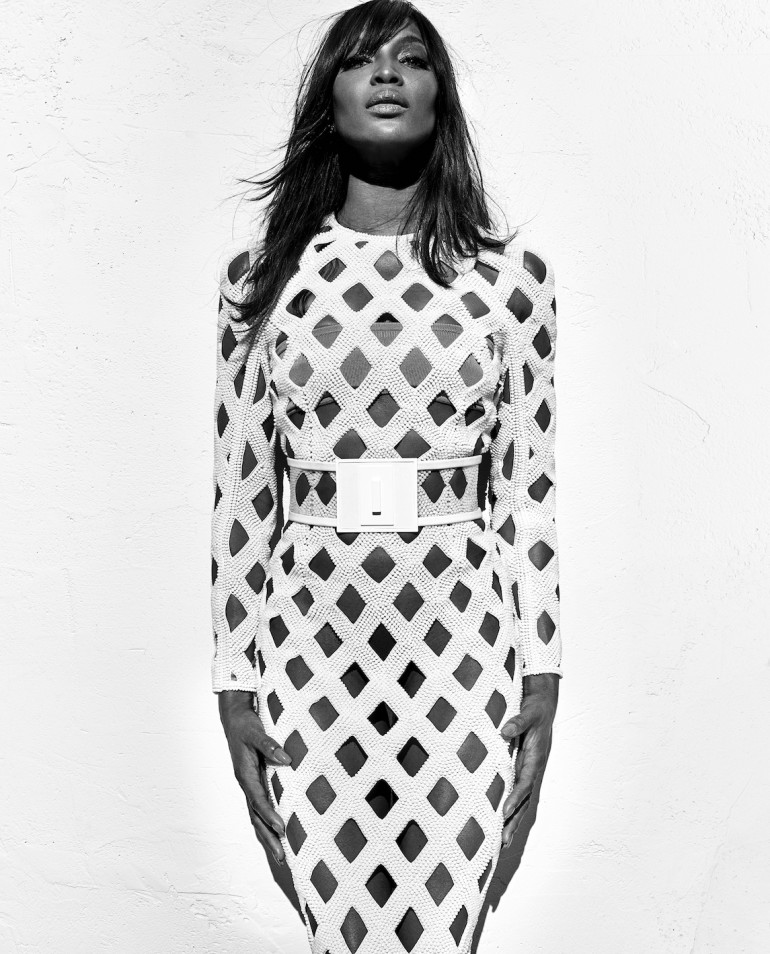 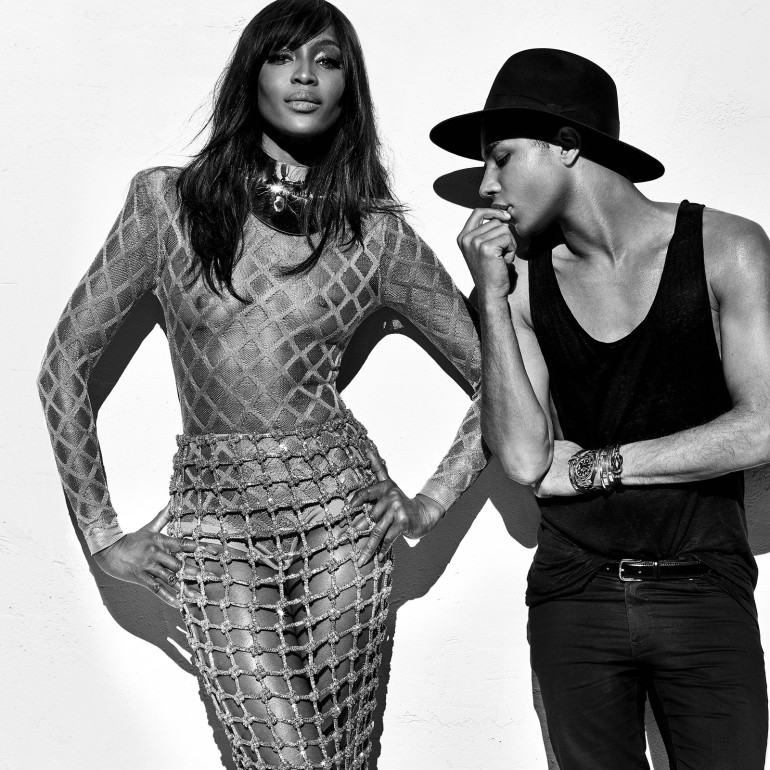 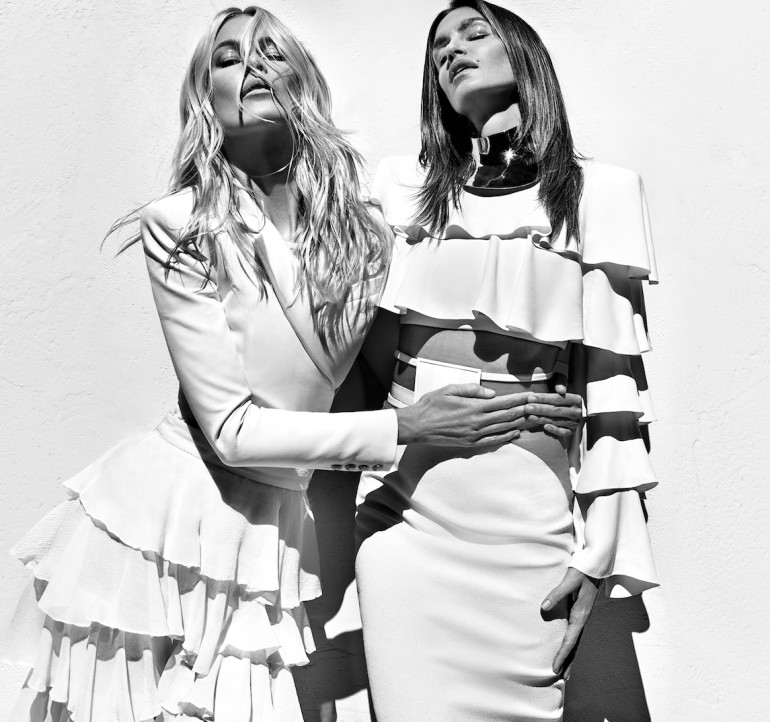 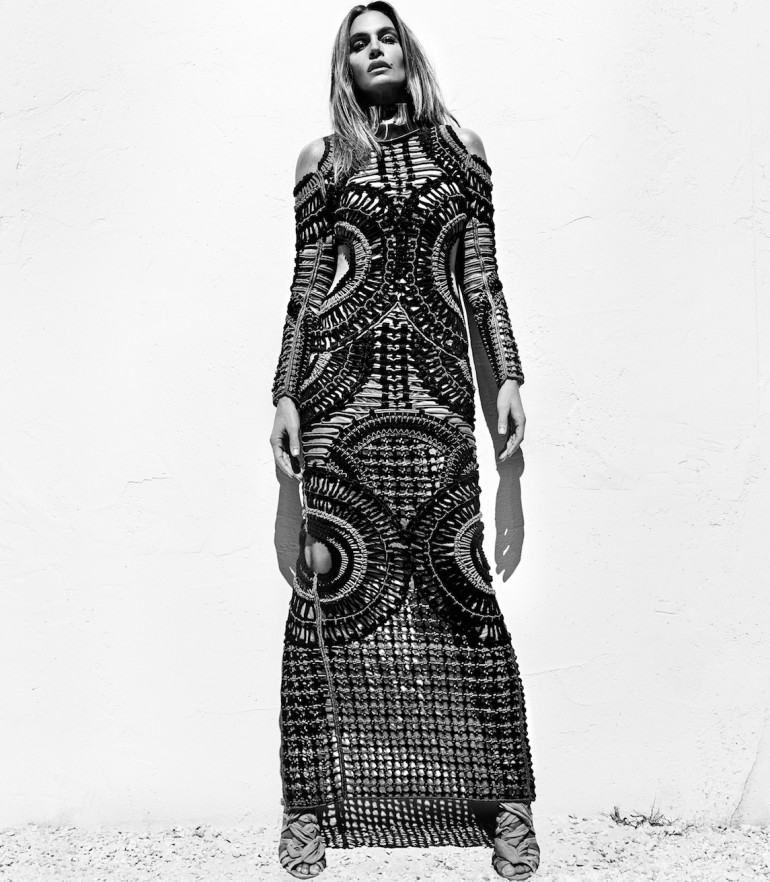 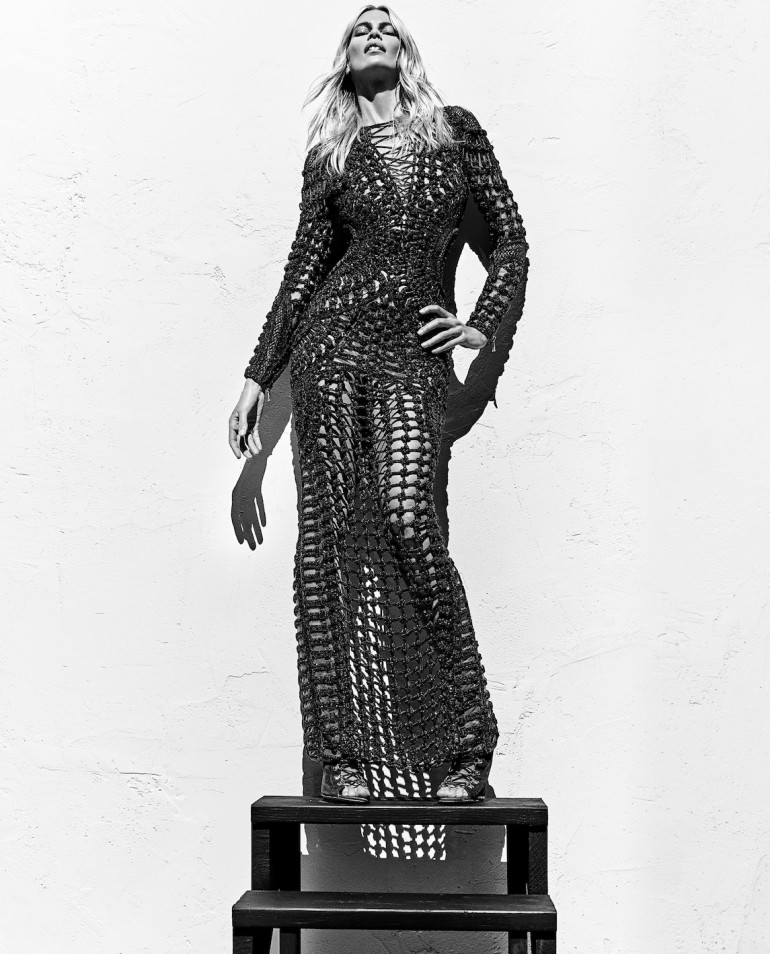 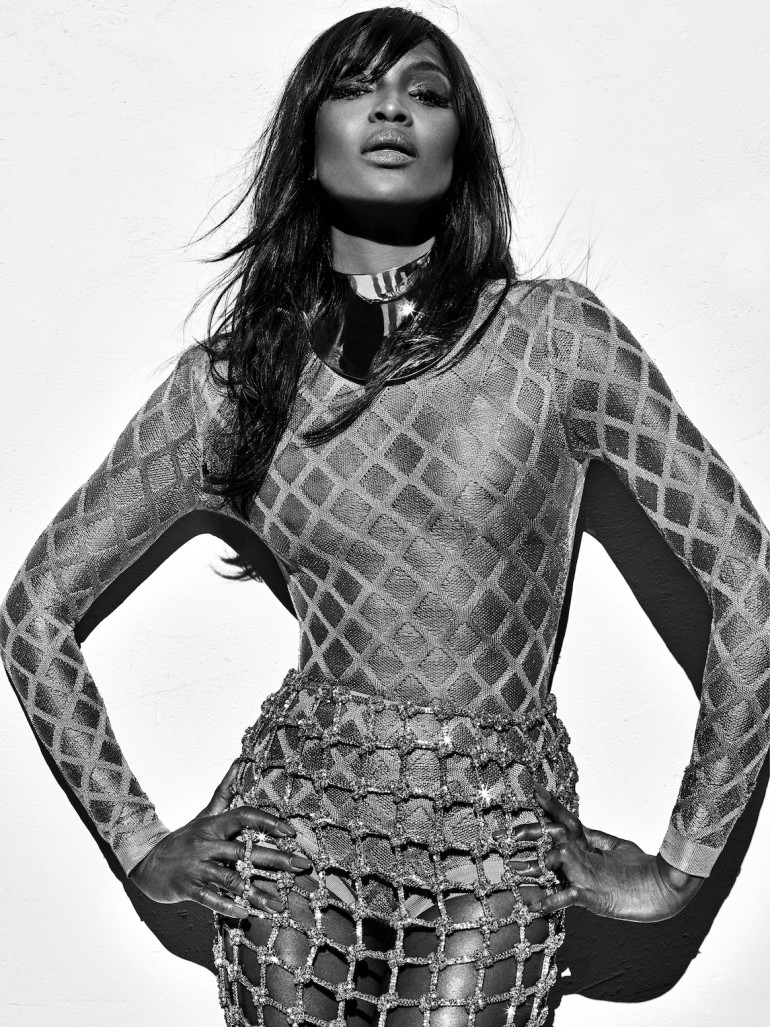 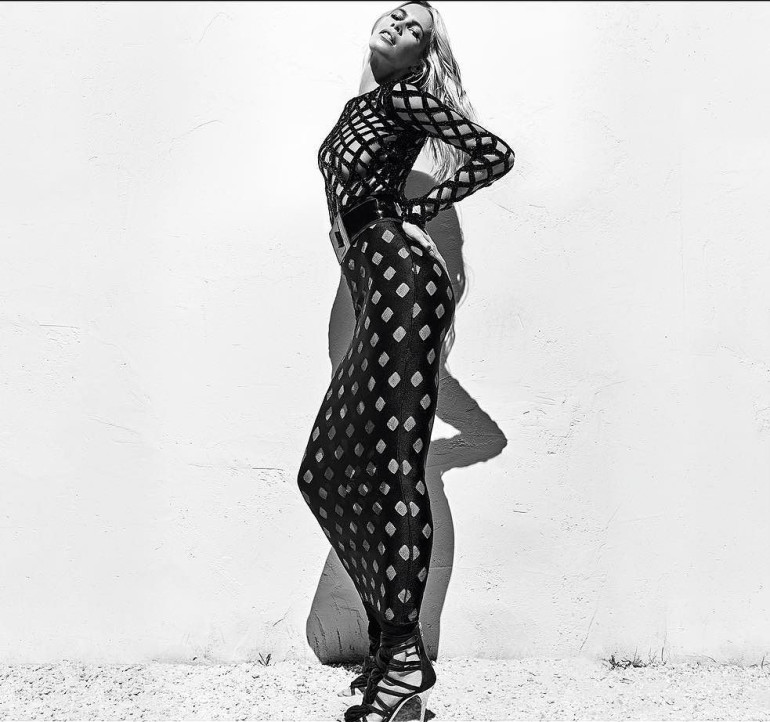 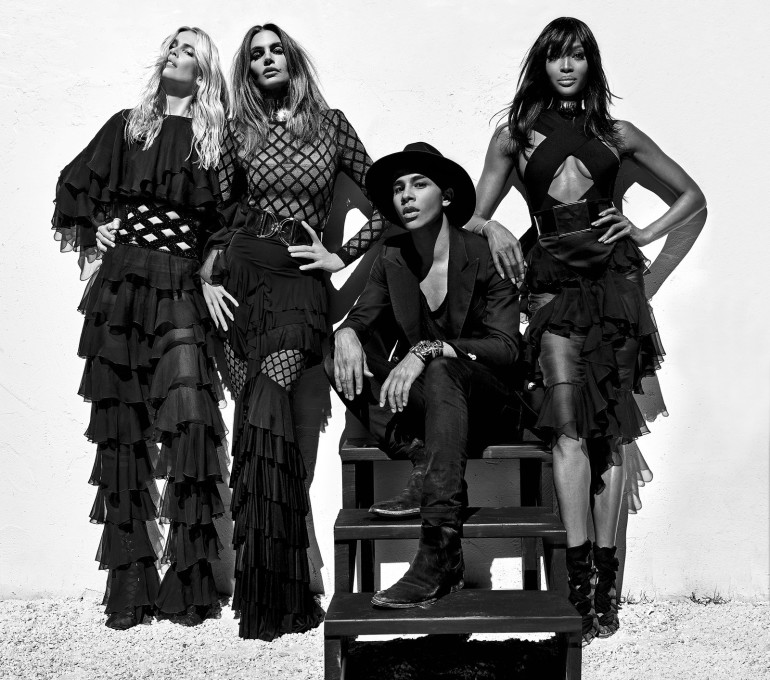