Rhiannon McConnell bares out the breaks of pure beauty in “Hollywood Girl” by Jason Eric Hardwick for Models.com. A country girl makes her way from the Midwest farmlands to the hills of Hollywood. Stylist, Krisana Sotelo, delivers a vision that teeters on the cusp of true transformation, as this quiet caterpillar turns into a bejeweled butterfly. Aesthetics inspires as accessories ignite, from a sheer robe covered in floral finery to a fur swing-coat tinged with a touch of purple. Beauty breaks over the scene as we meet on the boulevard of broken dreams. Art unleashes its fury as Kanako Takase changes this girl from country mouse to city queen. Mastery is met in the twinkle of an eye with a glare of insistence and a glint of the divine. Sequins set the stage to play as tones twinkle like freckles on a face. This gem wearing gypsy settles on shine with decals that illustrate the notions of sublime. Lids are drawn out with a defined liquid line, hitting just right so we can see the purrrfectly placed cat-eyes. Veiled in ornamental ecstasy, brightness ignites as crystals bare their pure intention. A pucker is poised to pout as burgeoning lips dare to break out. The fullness of the mouth inspires, with tones that range from just-kissed peach to a jaw-dropping pink. Hairstylist, Shingo Shibata, delivers haute coiffure wig-wear, with a rhinestone appendage that’s stuck directly behind her head. Guided by the glitz of Tinsel Town, Rhiannon turns to the torture of physical obsession in an effort to get noticed. Transforming her look, innocence hits the streets as this “Hollywood Girl” finds herself in a mix of modern mayhem. To fight for freedom you feel inside to long for the love you honor with pride, the art of insistence the ache of display unique applications are what inspires us to change. ~ poetic prose-tanyajo. 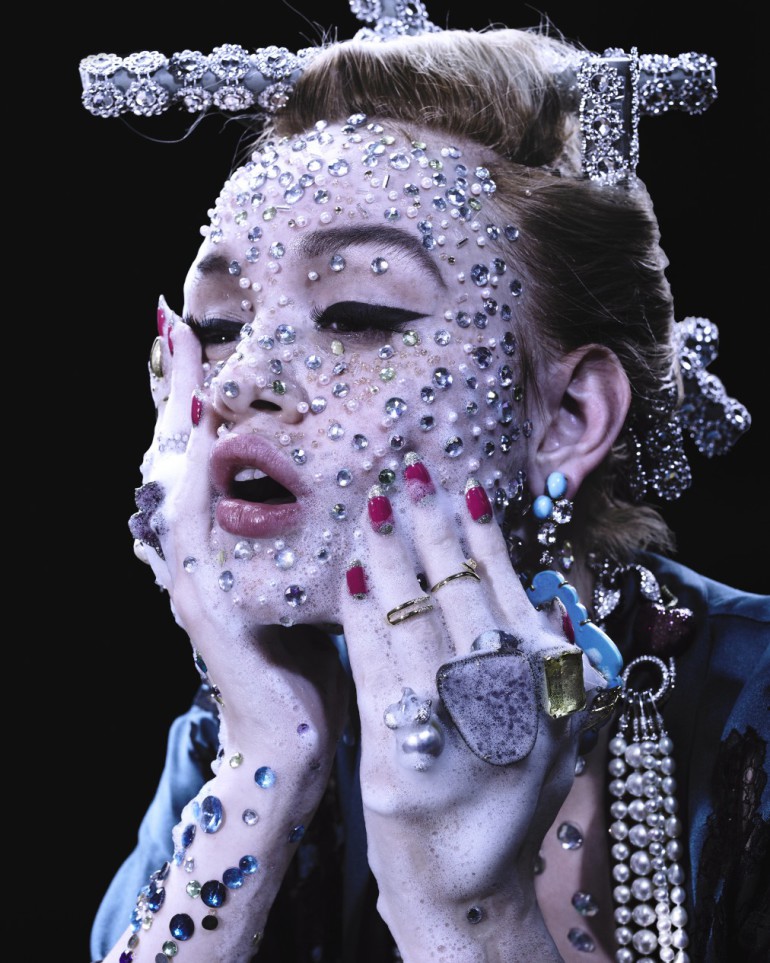 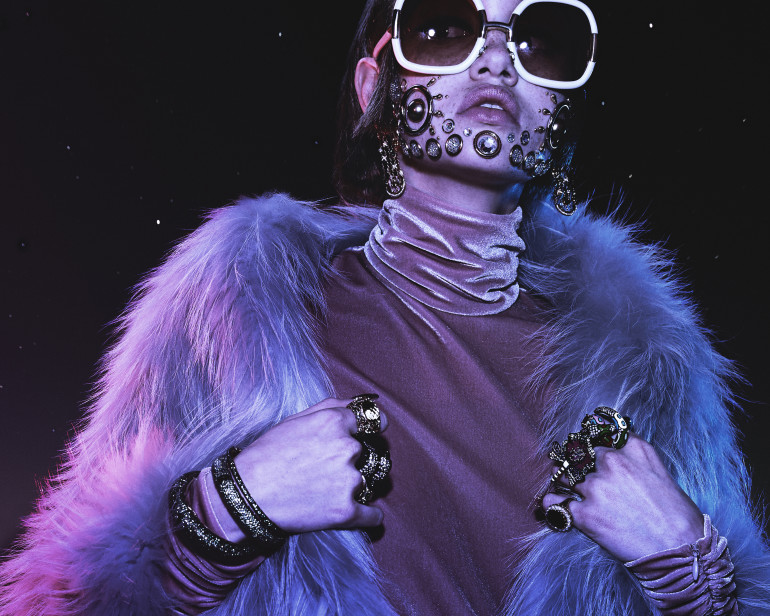 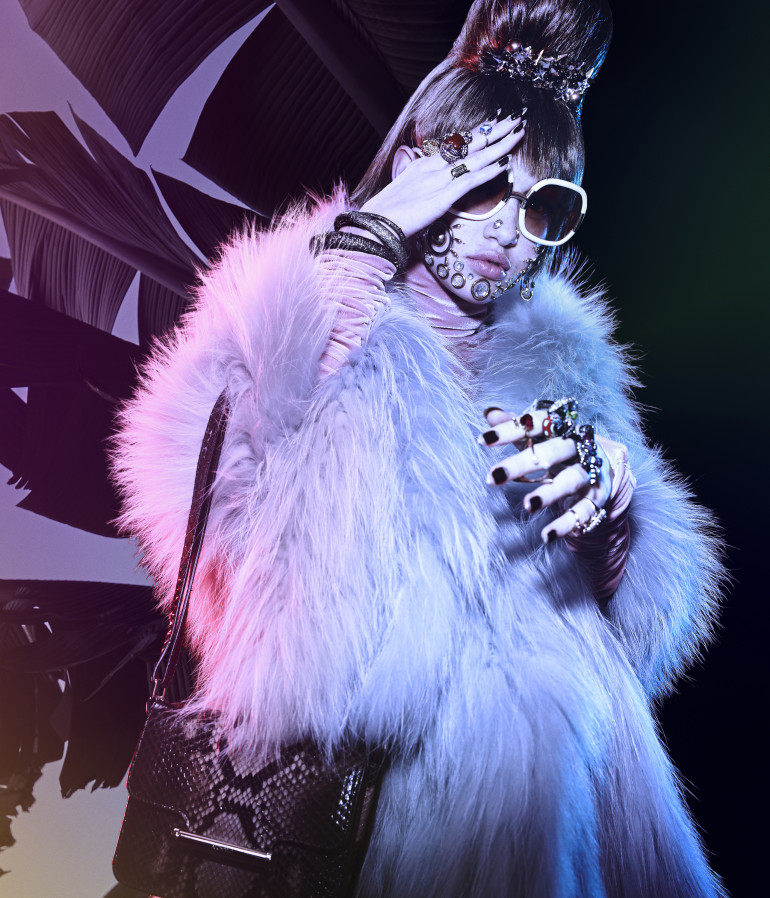 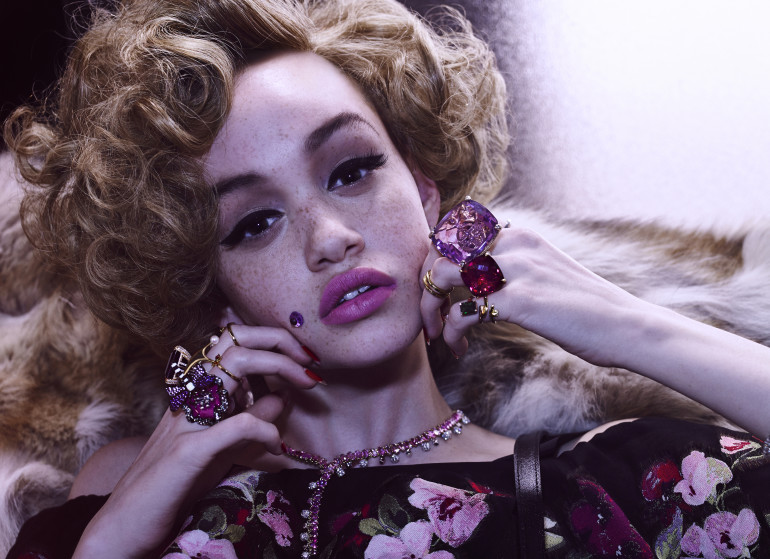 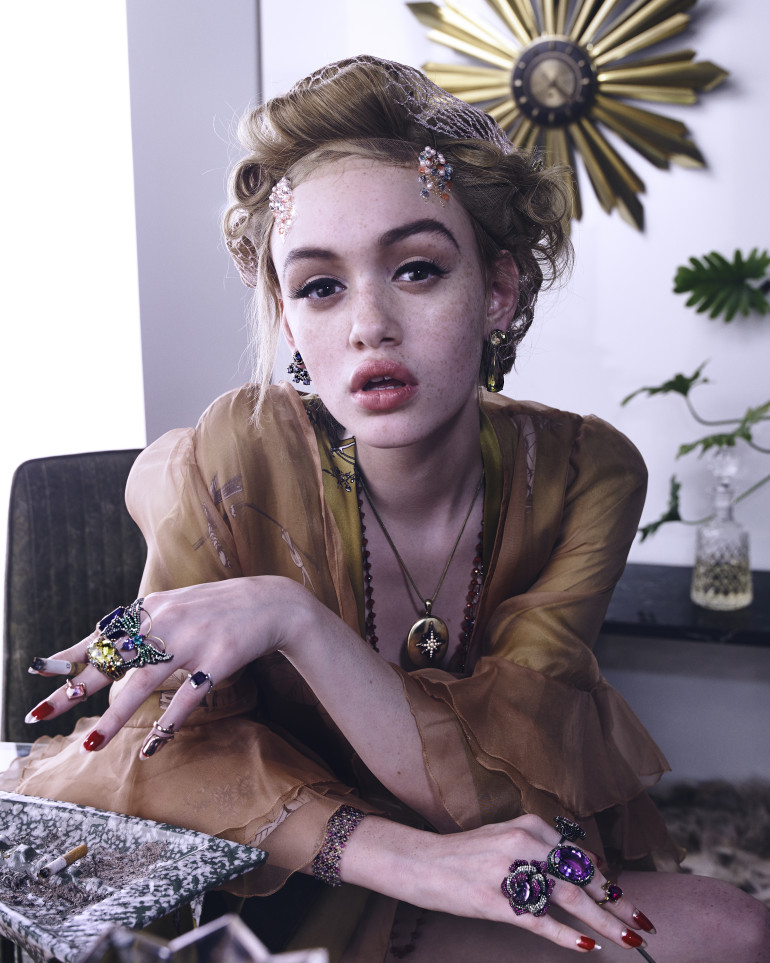 Joanna Drops in an Incubus of Illusion 'Grafica' Schön!