Steven Klein goes into the fashion fray for Vogue Italia, January 2016. Drama defines the scene as we find ourselves gathered in the house of Haute Couture. High octane artistry never felt so complete as the influence of intensity invites us inside. Stylist, Patti Wilson, gathers a troupe of avant-garde players in this time-honored tradition of open theatre. Haute fashion finds a new home as conceptual couture inspires costumed creation. A festival for the eyes, garments are gathered in a fury of fanciful flight as disguises are displayed in a festival of light. Stimuli arises as daring depictions emerge, from a unitard onsie (covered in heads) to a twin-towered PVC outfit. Pieces play in perfect harmony as ensembles are camouflaged in everything from crystals, lace, silk and fur. Fluidity finds its freedom as hope aches to be seen. Assimilation reaches it’s peak as each room (per se) has a theme, with instruments of enticement that help us to see. Stage makeup floods the face as Kabuki gives the skin a sense of real belonging. Black brows beckon us near with neo-lithic beauty borne out with strikes of spikes. As eye-shadow spreads like wings with bottom lashes drawn out in distinction. The theory of everything… makeup manifests every concept you can conceive by taking us from sweet to scary. Combinations come alive with colors that reflects the cinema of the room. Creative application gives us a sense of satisfaction, as the fluid music of the face floods the skin. Hairstylist, Akki, brings coiffure to life with looks that take us from haute hats to wild wigs. A show within a show, from papier-mâché millinery to phenomenal fascinators, each character is balancing a world of utter wonder on their head. Raging over the page, solidarity speaks while the independent spirit of strange sets things off. 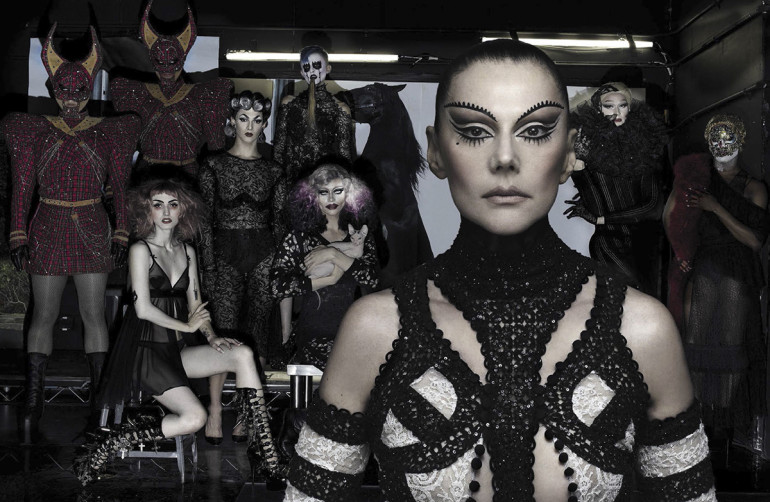 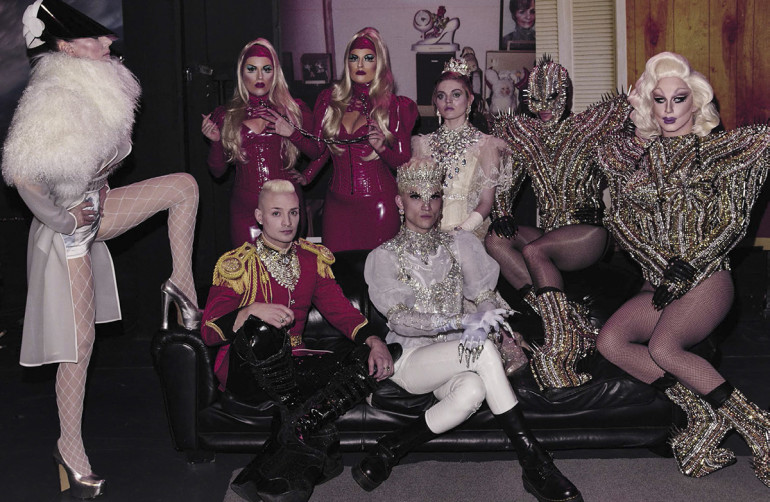 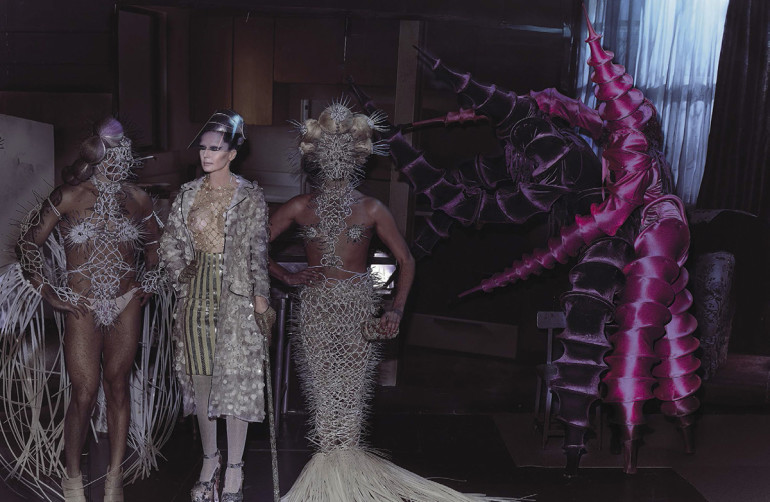 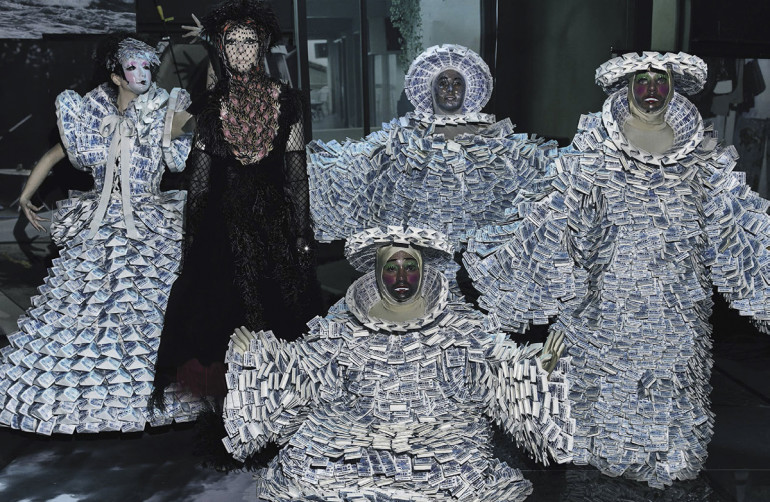 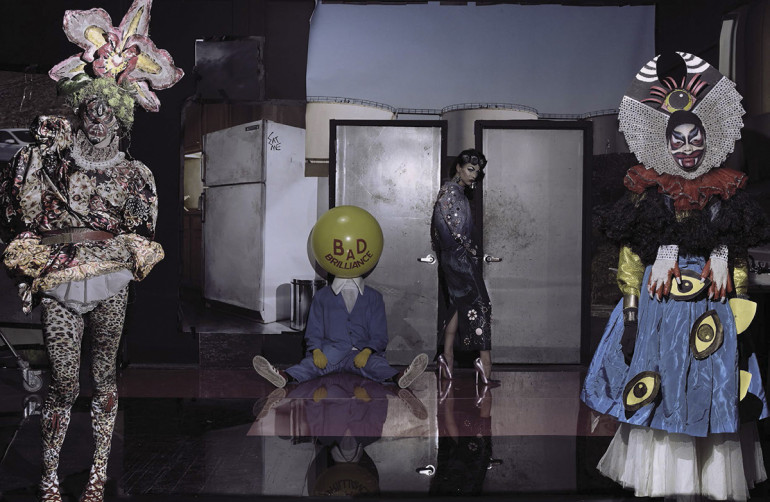 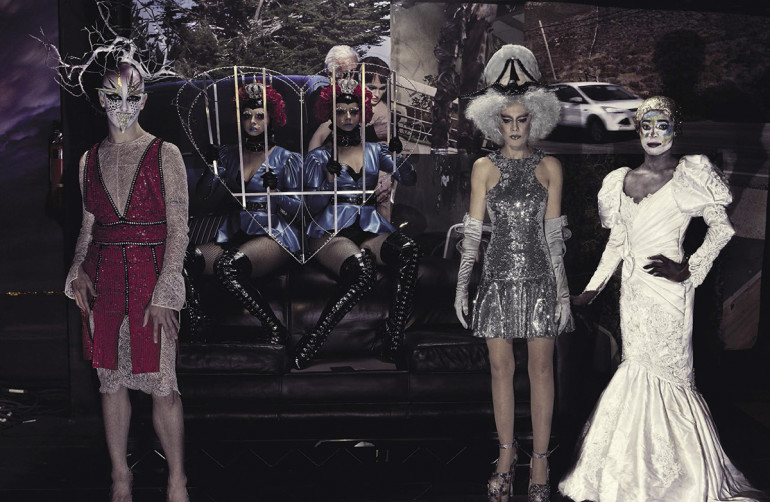 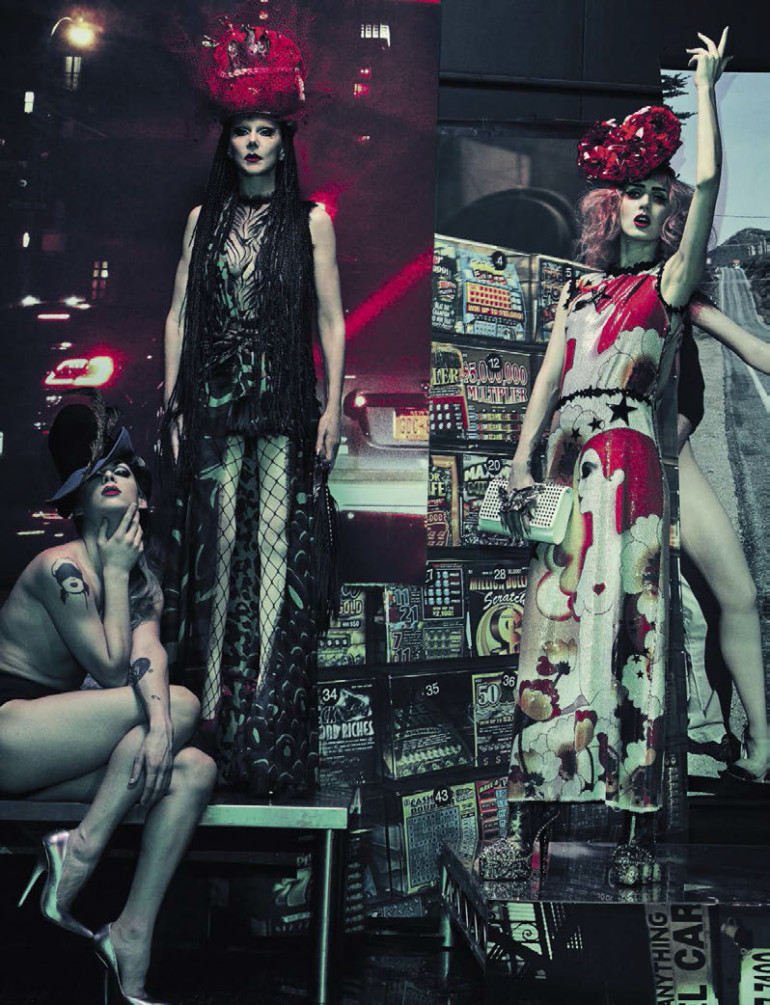 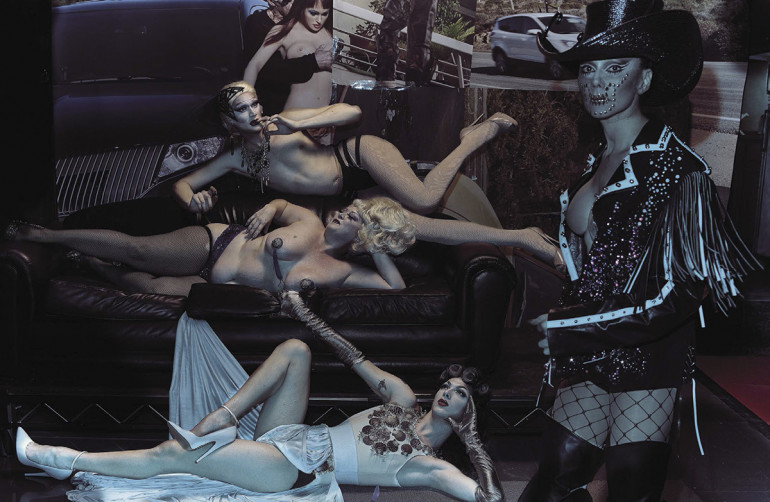 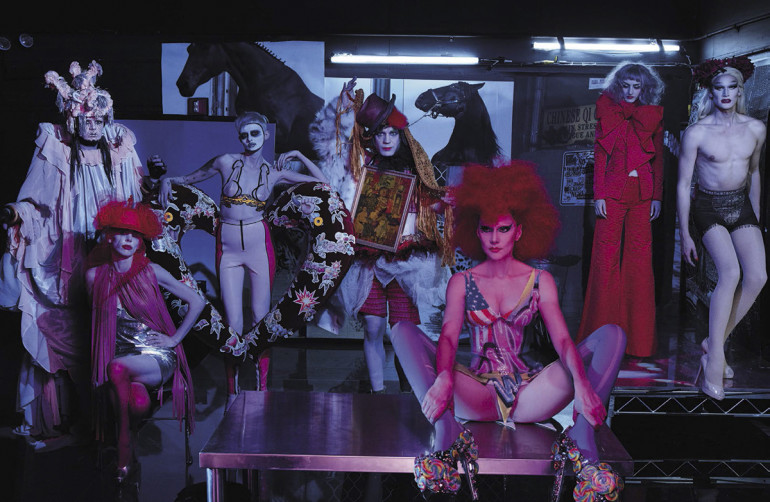 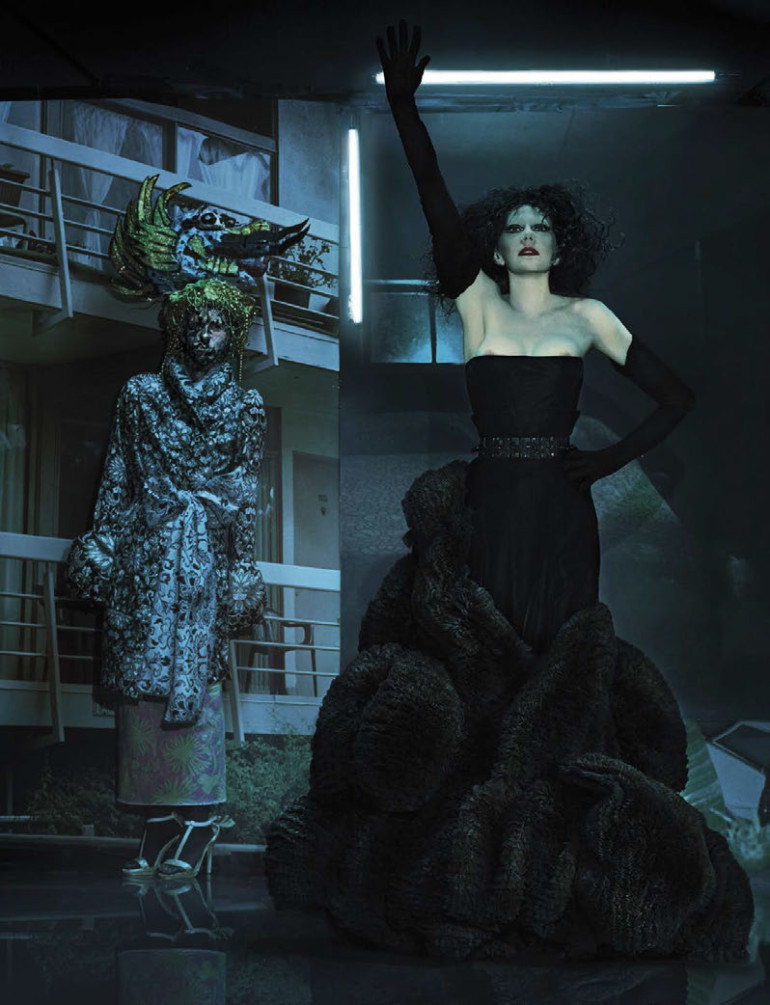 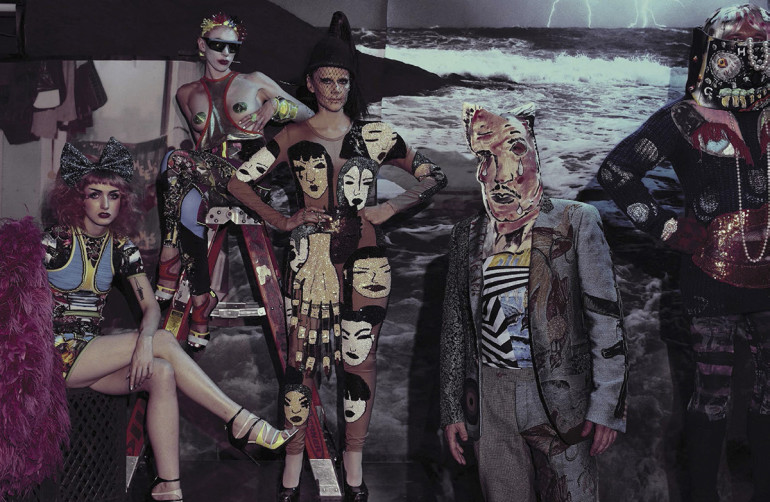 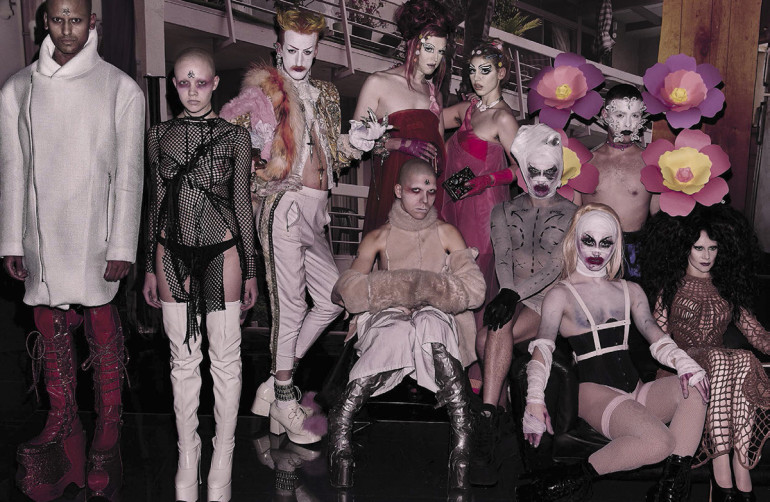