Madison Stubbington invites us inside as the curtain rises in “Scène D’opéra” by Jeff Bark for Numéro #171, March 2016. Deep in the recesses of the imagination lives a world where all is free. Inspired by the angular style of (sculptor, photographer, graphic designer) Alexander Rodchenko, his perception of “high above or down below” allowed his viewers to postpone recognition. By taking such dynamic progressions these works employ a concept of geometric abstraction. Looking through the scope of his landscape, Bark invites us to view this masterpiece from the same compelling angles. Never sure if what we are seeing is a picture portraying the middle of a scene, or an image simply stolen from the silence of their lives. This story carries with it deeply conceptual overtones, projecting us toward the making of pure magic. Stylist, Irina Marie, turns fashion into avant-garde artistry, transforming haute couture into costumed design. Not merely pieces of cloth, each outfit takes on a life of its own, giving us a clearer picture of the person portrayed. Madison and her players project a vision of melodrama, ensuring that the show will go on.

The music swells in my mind as we view the makeup of a maestro. Features forgo simplicity as Alice Ghendrih converts faces into works of art. Leading with the eyes, the entire orbital area is consumed with a golden hue as lines are arched in melodic view. Geometric shapes make their way over the lid, swinging out the sides in winged flight. As a faux brow is marked with a razor, thin pencil, just an inch above the natural line. Hypnotic skin draws us in as a pouf of white powder fluffs out every feature. A sanguine cry comes from the mouth as luscious lips are viewed in a variety of red. Colors capture the curves of creation from a bright, rich cherry to a seductive scarlet. Background beauty beguiles, as these two, lovely men make up the music of this story. Hairstylist, Seb Bascle, sets the fire ablaze playing the wild waves of red. Strength is portrayed in the power of each stare as mystery is felt in the ache of every Operatic angle. 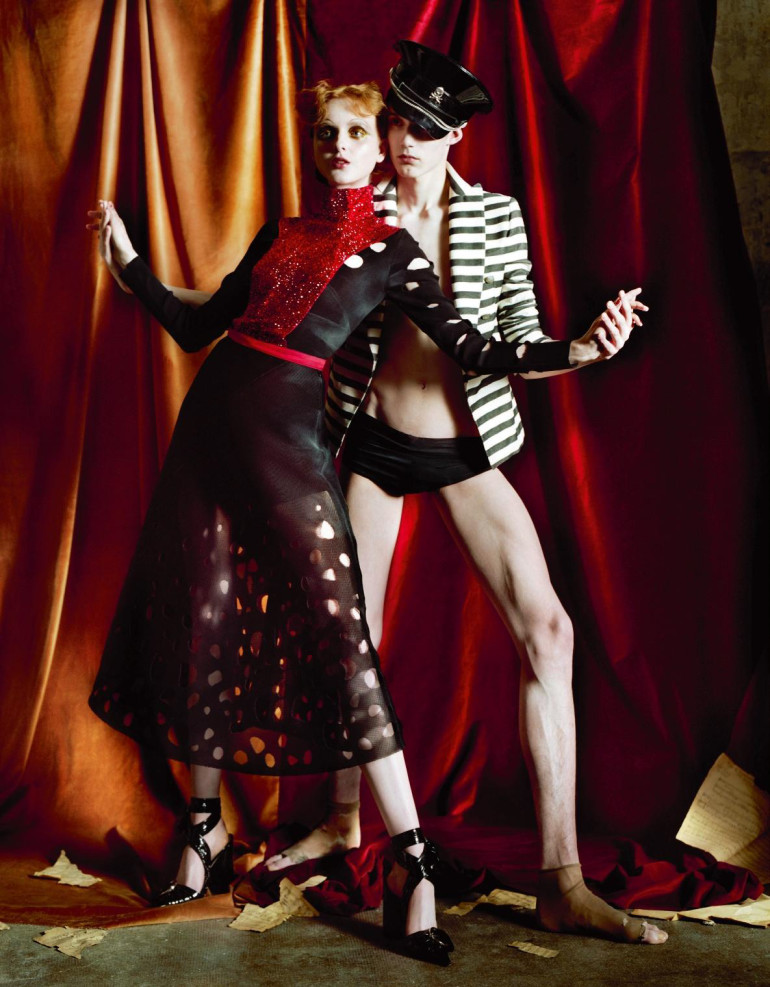 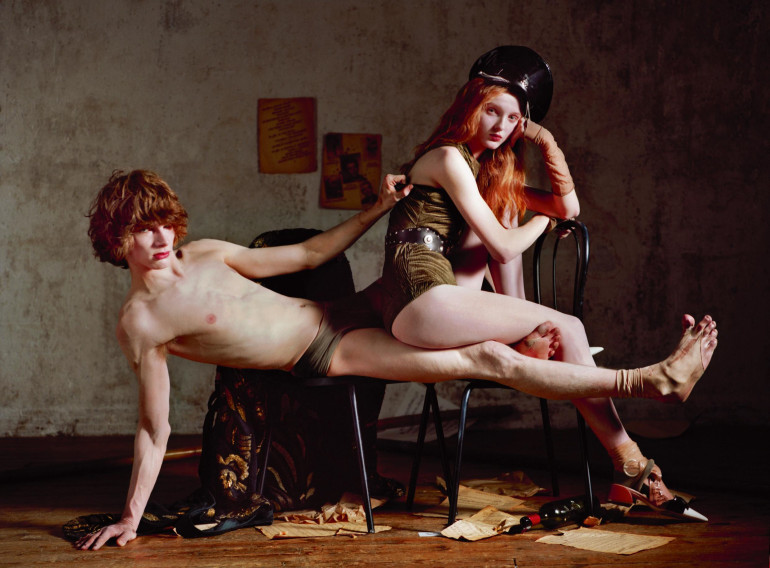 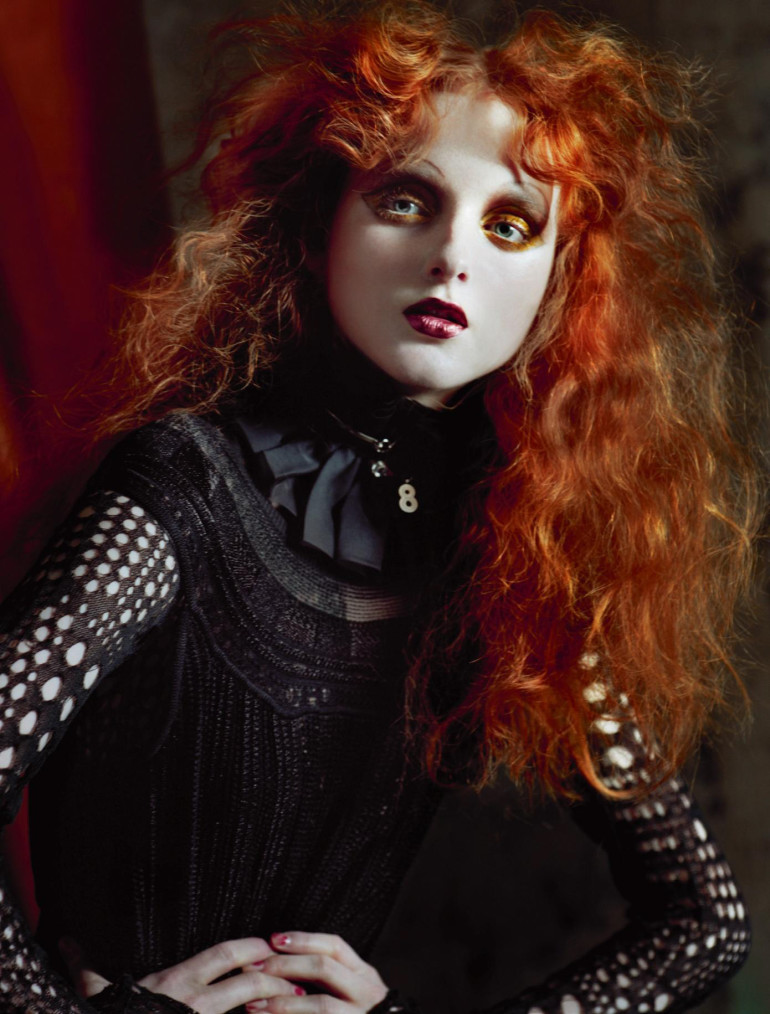 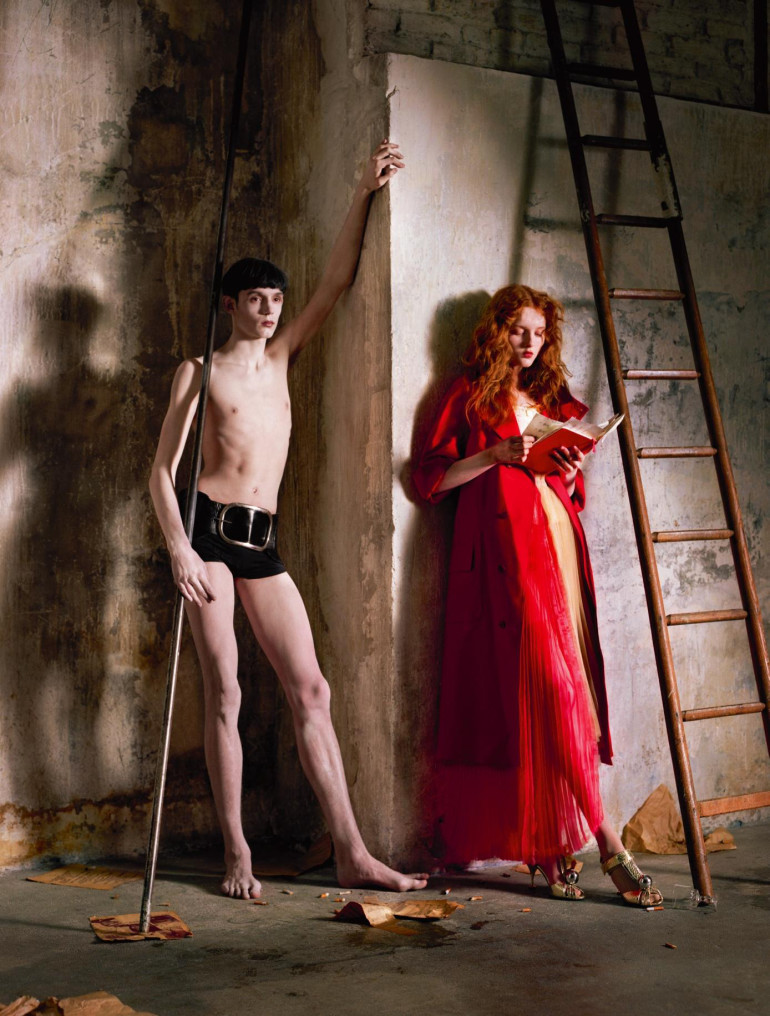 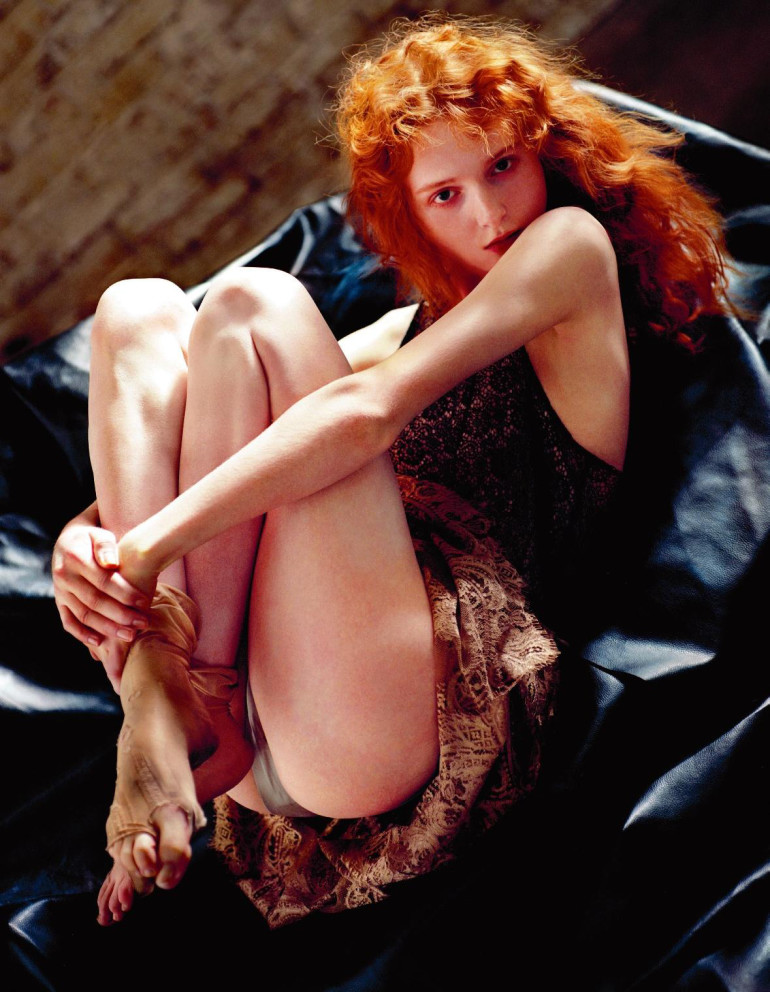 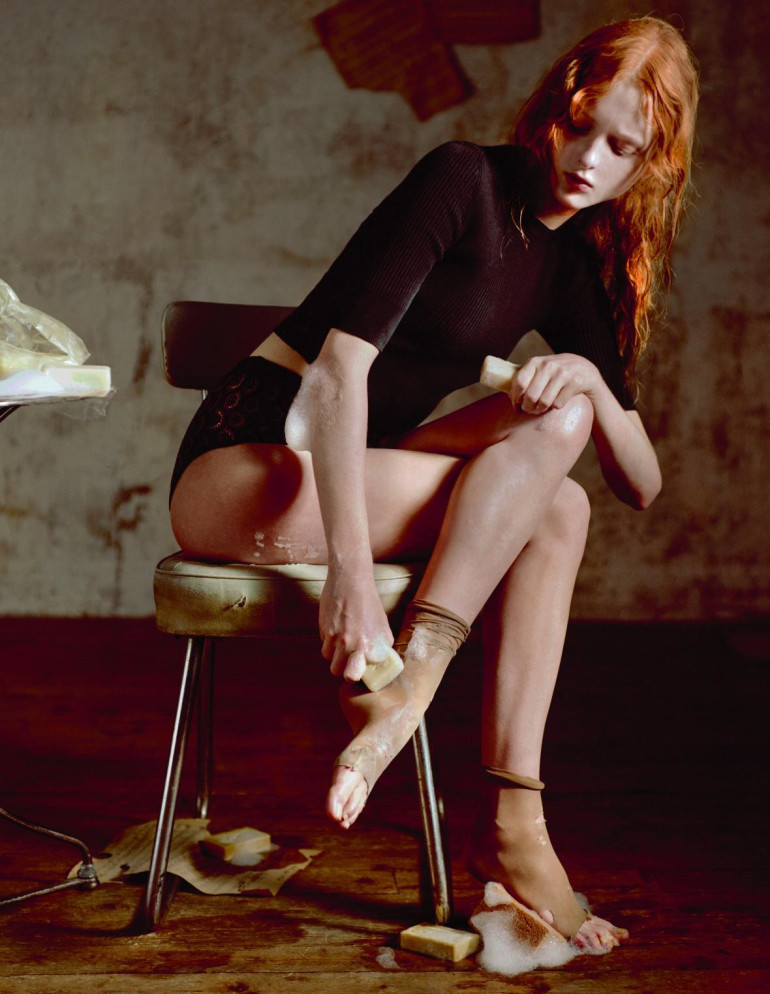 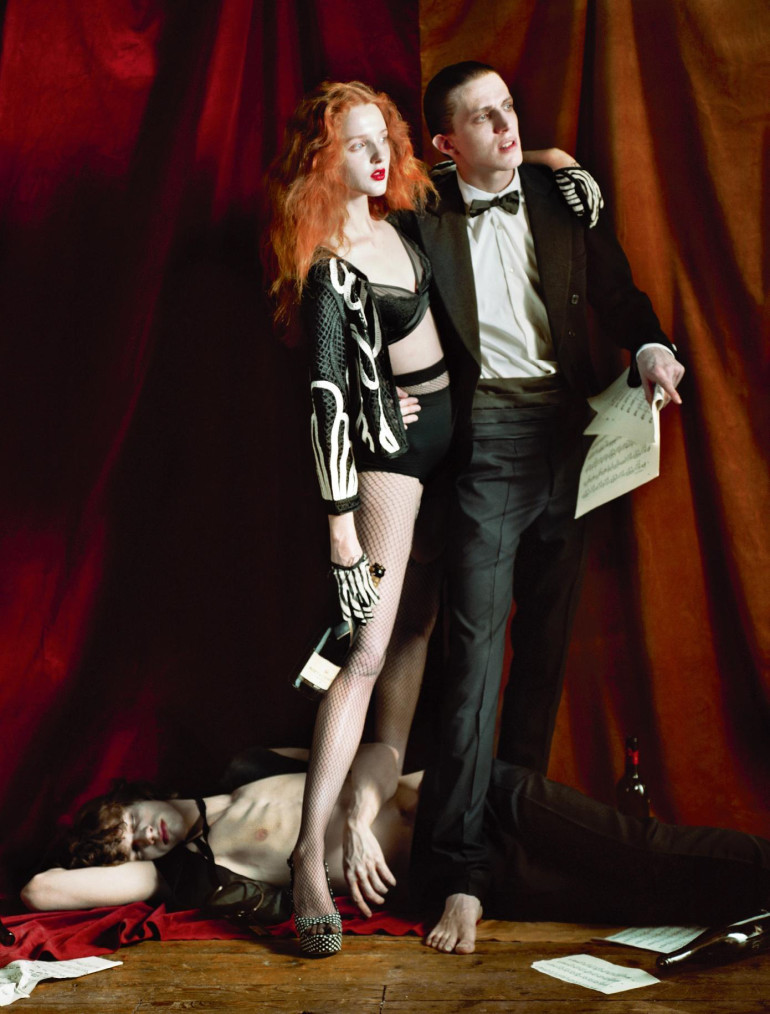 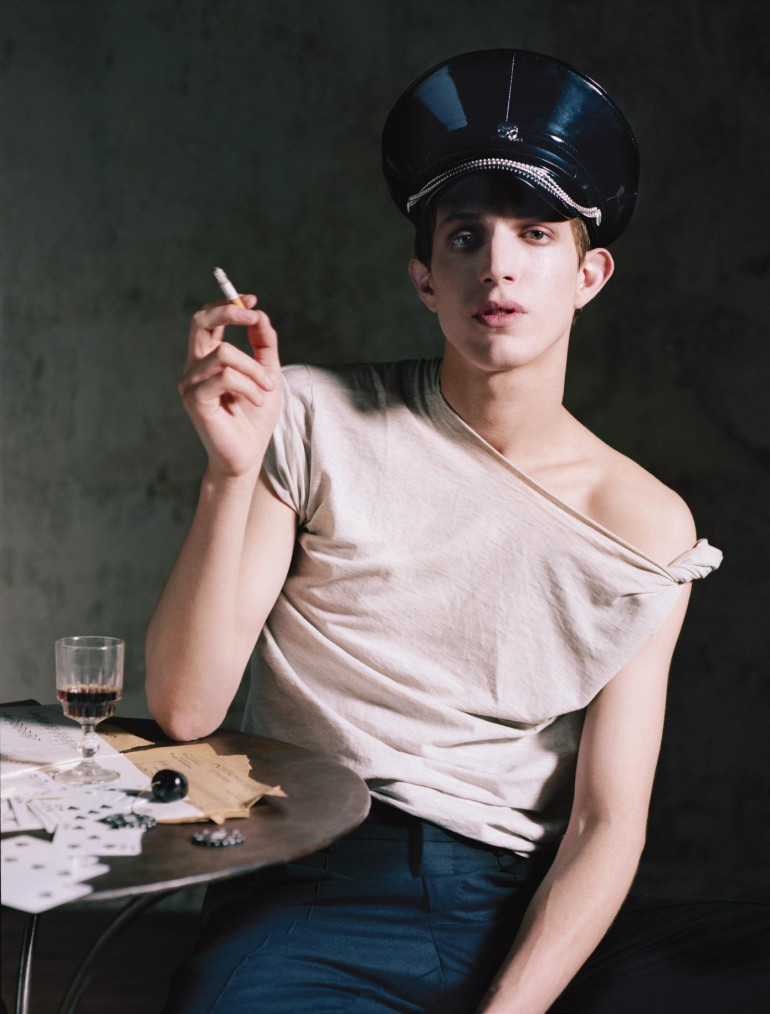 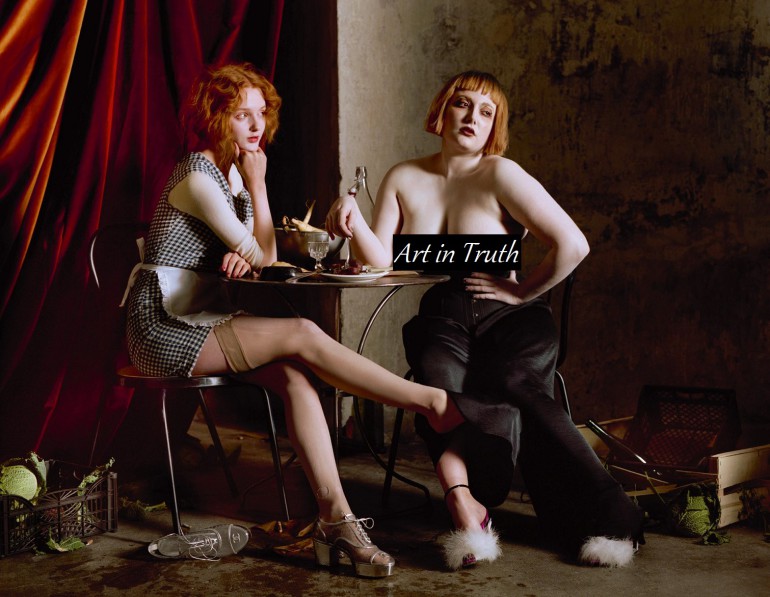 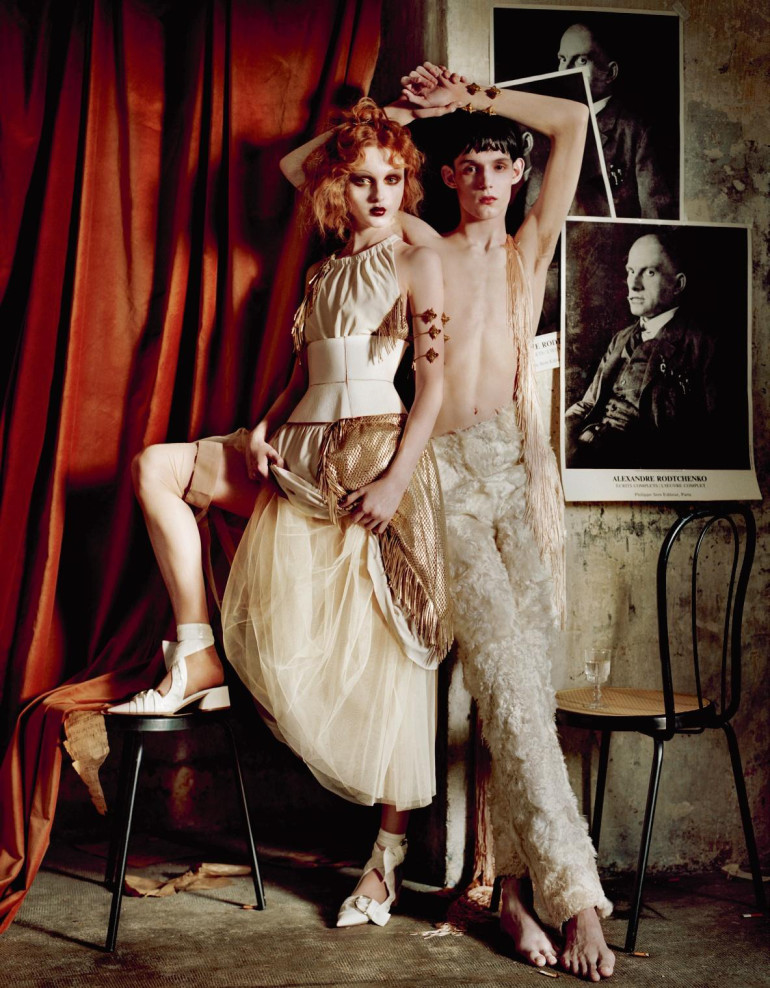 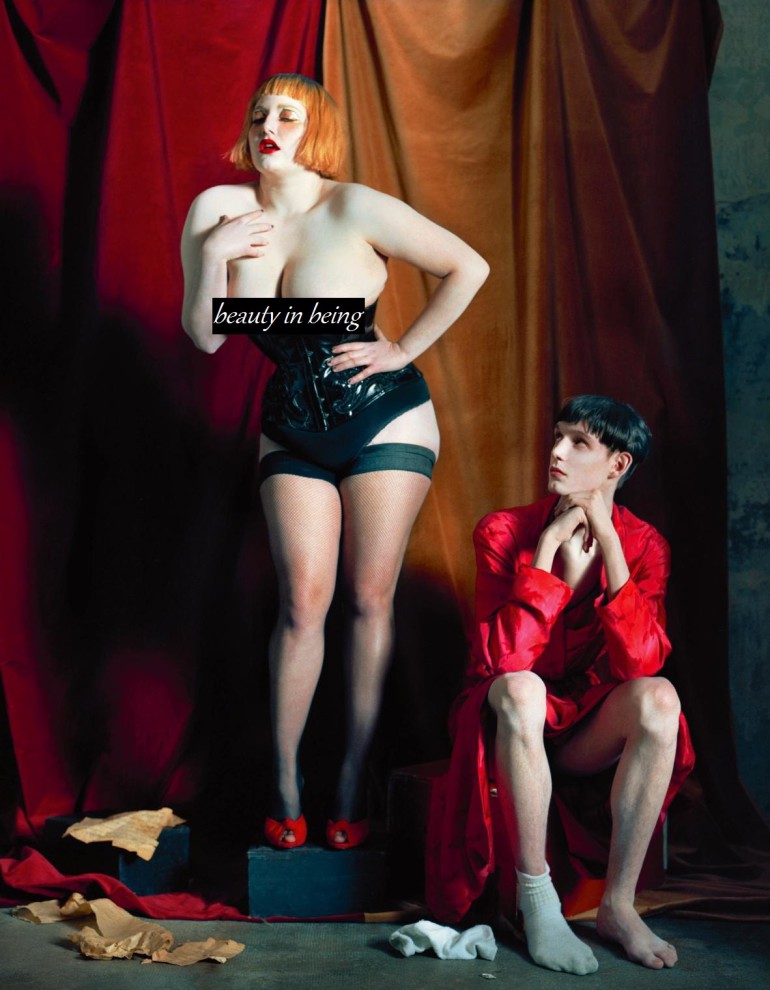 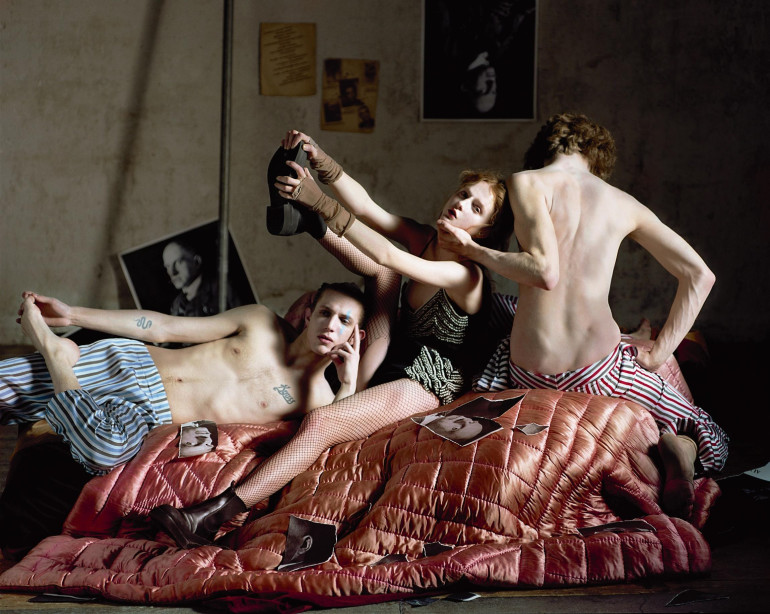 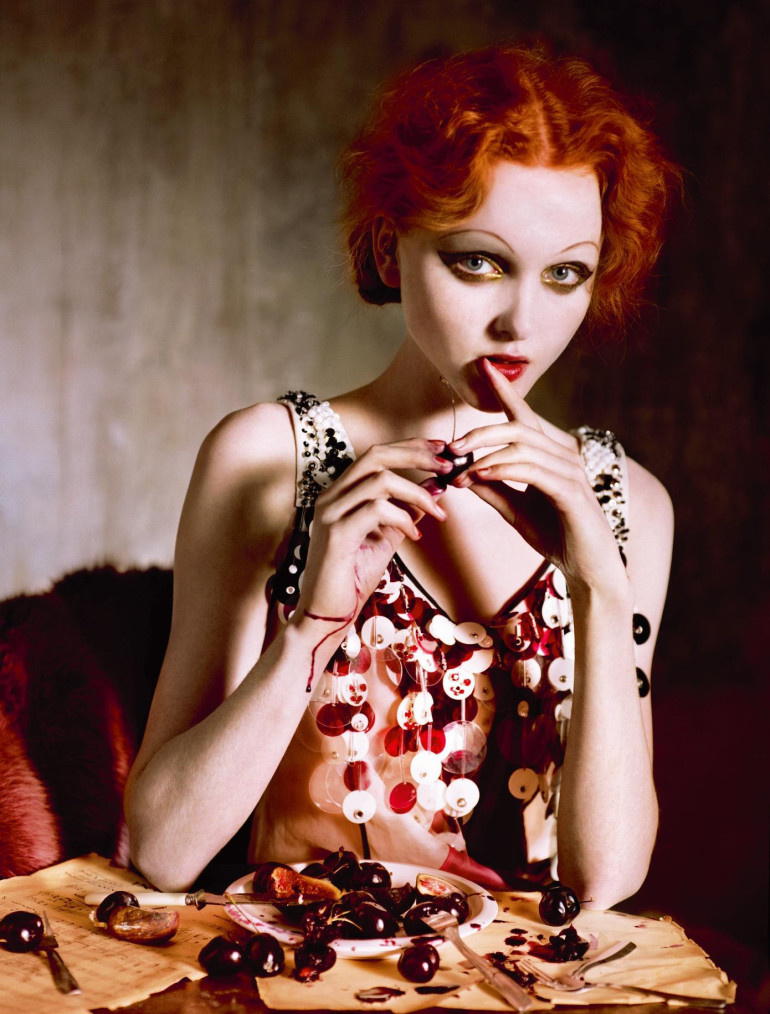