Kasia Struss & Adela Stenberg stare with artful intent in “C’est quoi un bon penchant?” by Suzie Q & Leo Siboni for Stylist Magazine France, September 2016. Eye to Eye I’ll Draw You In… energy echoes the surrounding light bouncing back as we fare the fight. A battle that’s waged deep within, for where we lay our hearts is where we will win. Art is like a loop of never-ending emotions, linked up in lunacy. Belén Casadevall has defined the delicacy of the divide, by giving us fashion that feels both intimately untouchable and easily accessible. Delivering a vision that’s more about acceptance than design, this editorial masters the fantasy of illusion as each picture projects a sense of spirit. Tiger-striped gloves wear like second skin, while a cerulean, blue fur-coat hangs down over thigh-high, leopard print boots. Like peering through a looking-glass we become privy to a series of private moments captured on film.

Taking us from clean to extreme, Min Kim & Satoko Watanabe show us two sides of today’s beauties. Like paint on a palette Kim uses the skin like a field of expression. Red rushes down Adela’s face and over her neck, only to be stopped by the collar of a (now stained) white top. A poetic reflection is seen in her eyes as she sits quietly in front of an all black background. Satoko captures the power of pretty by making the eyes truly pop. Introducing us to a new form of makeup, liner and lashes are only worn on the lower lids. Looking into the future of cosmetics, blush booms as a raspberry shade covers both cheeks. Gilles Degivry invents hair that’s not meant to be worn everyday, but creates coiffure that tells a story. In each strand we can feel the thrill of victory as we ponder the agony of defeat. A compelling tale of love and other longings… wearing her heart on her head (literally) with a see her skin through a red, silk headscarf as we’re left to ponder the power of the female voice. 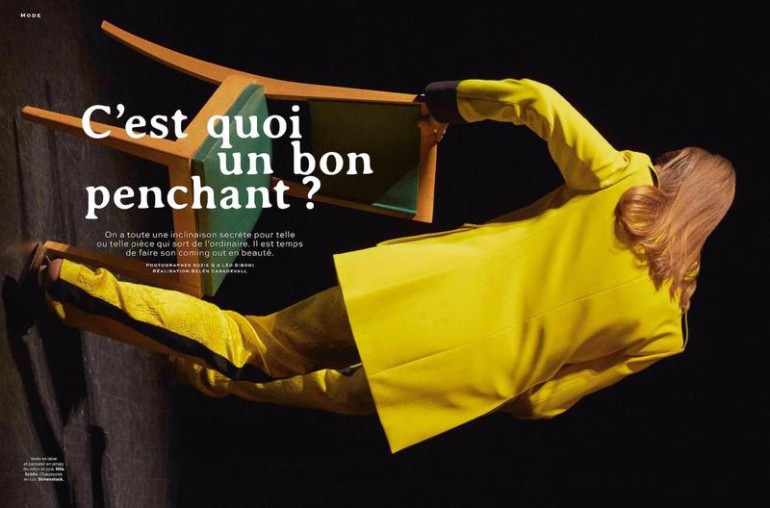 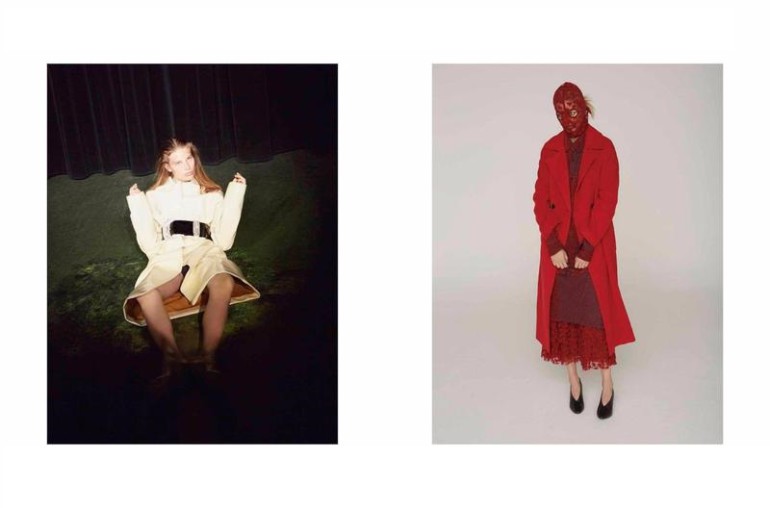 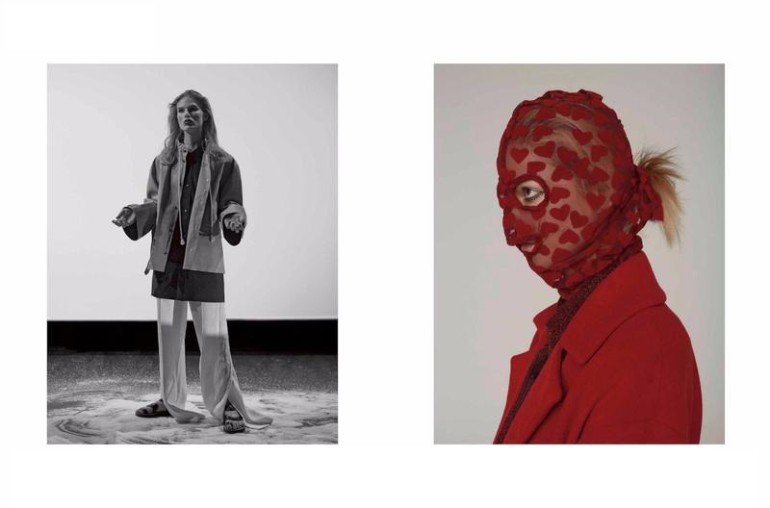 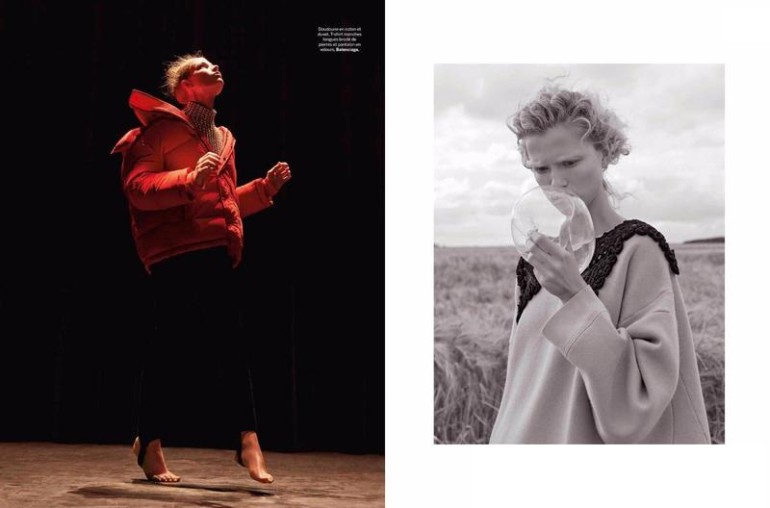 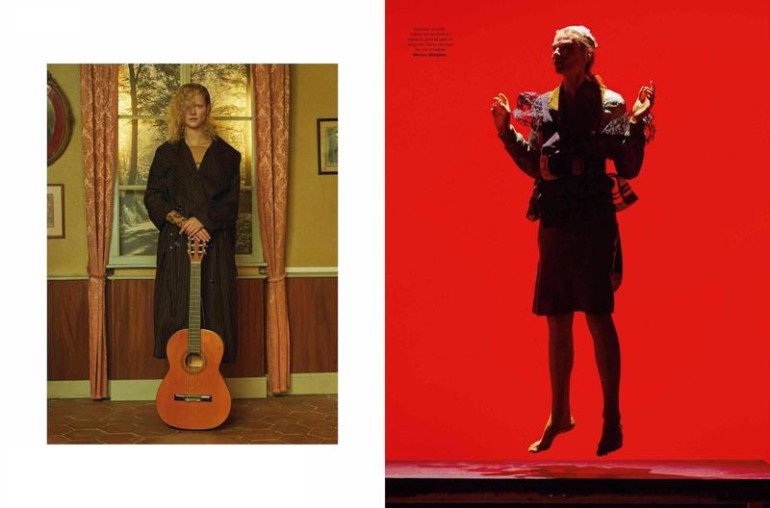 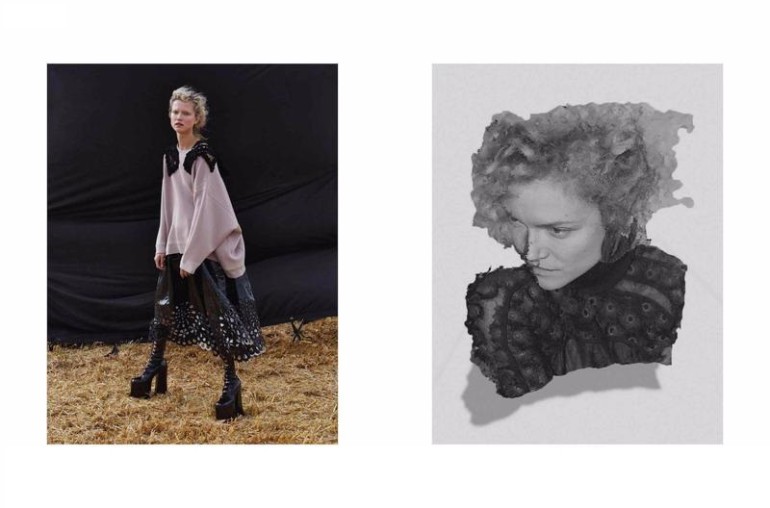 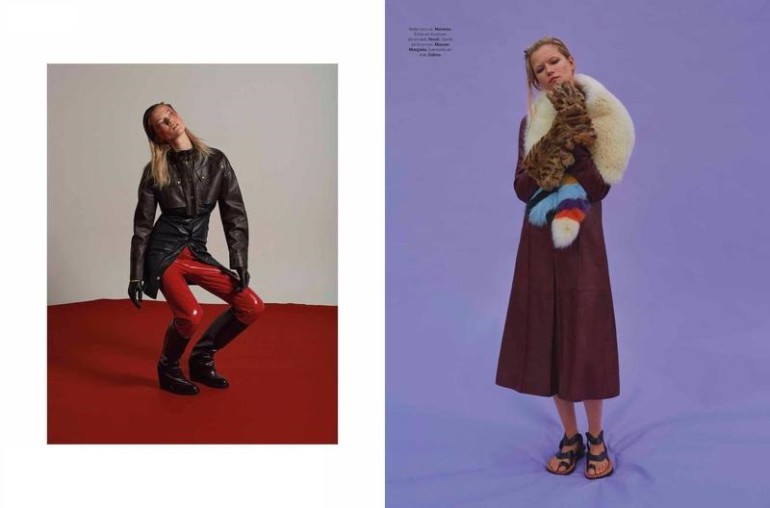 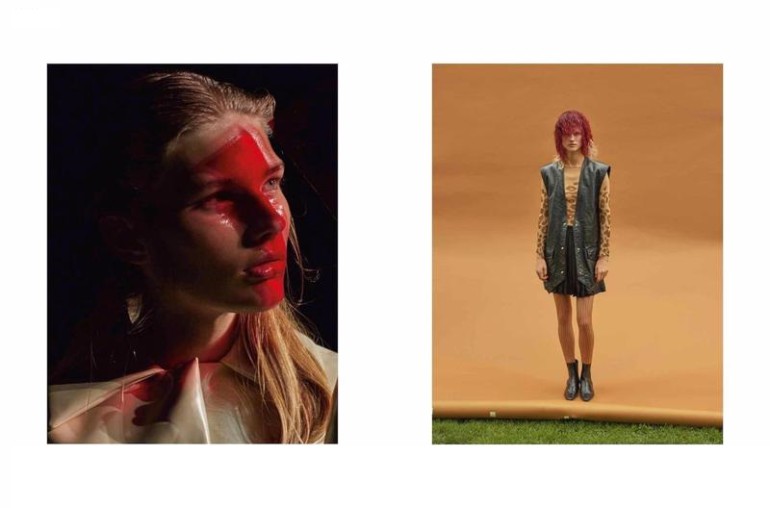 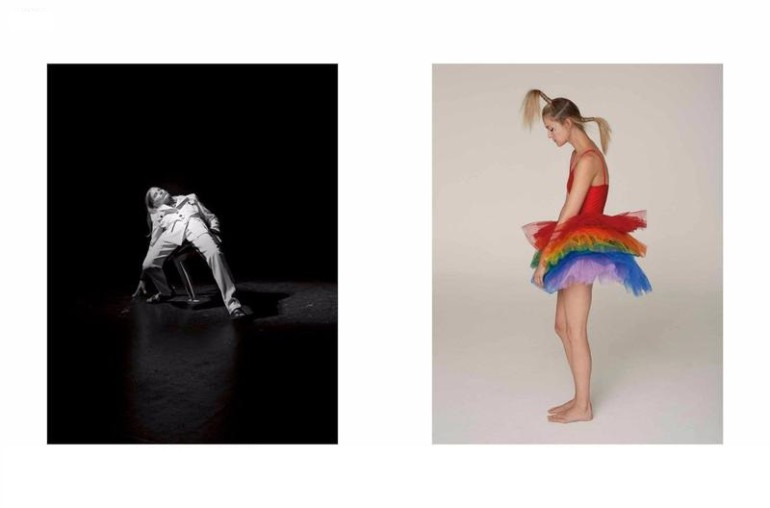 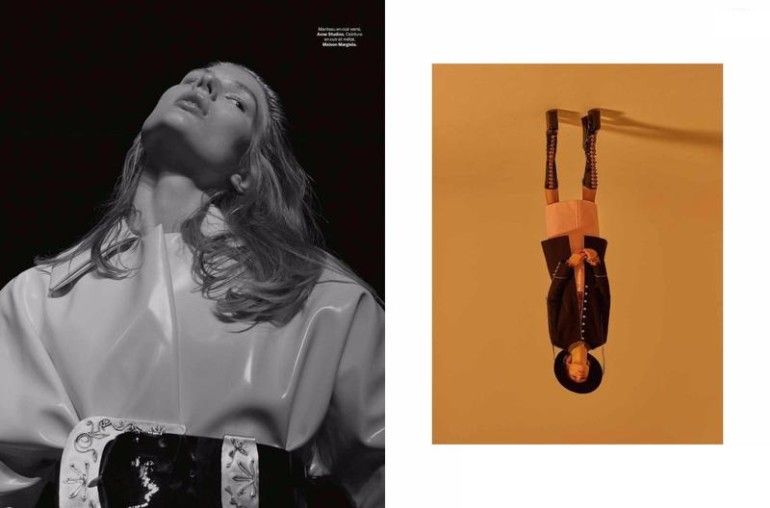 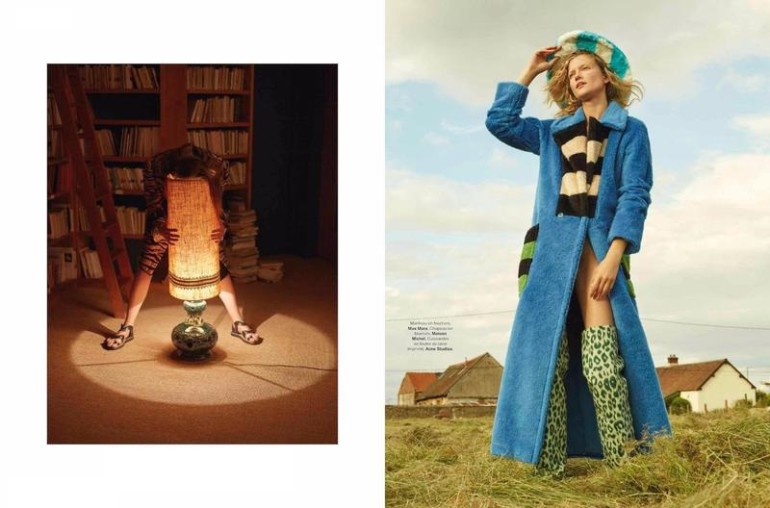 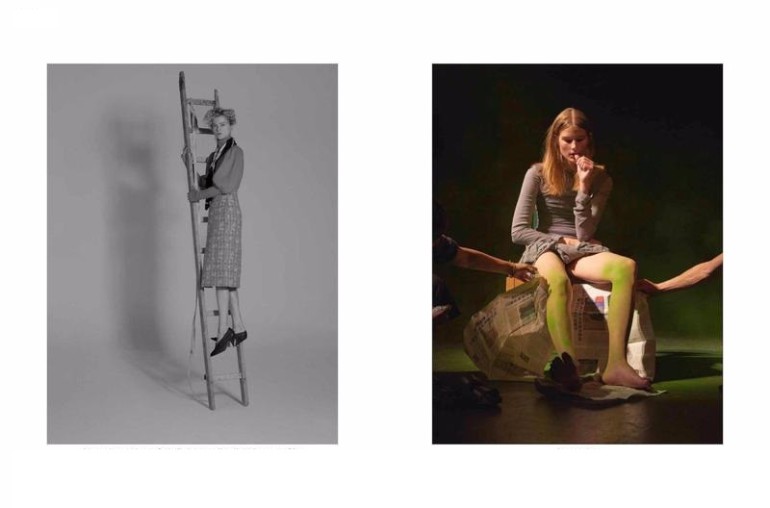 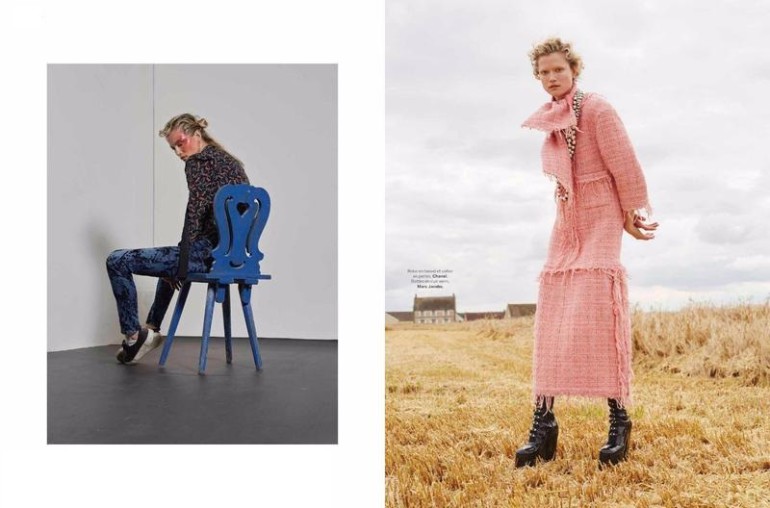 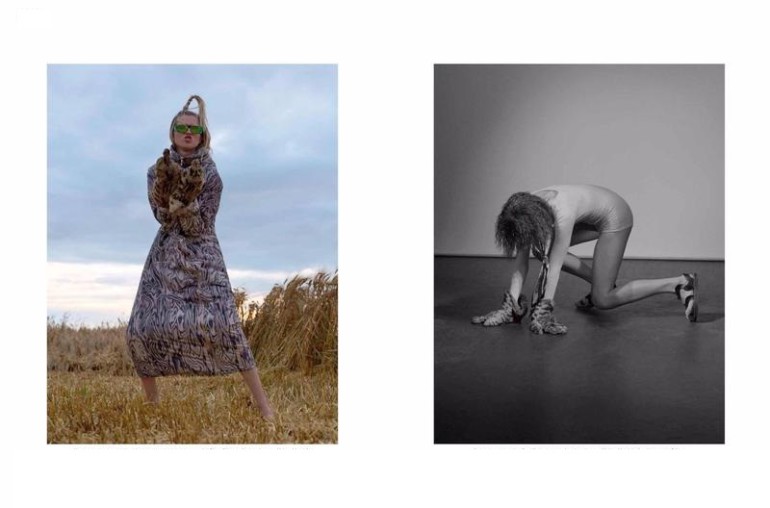 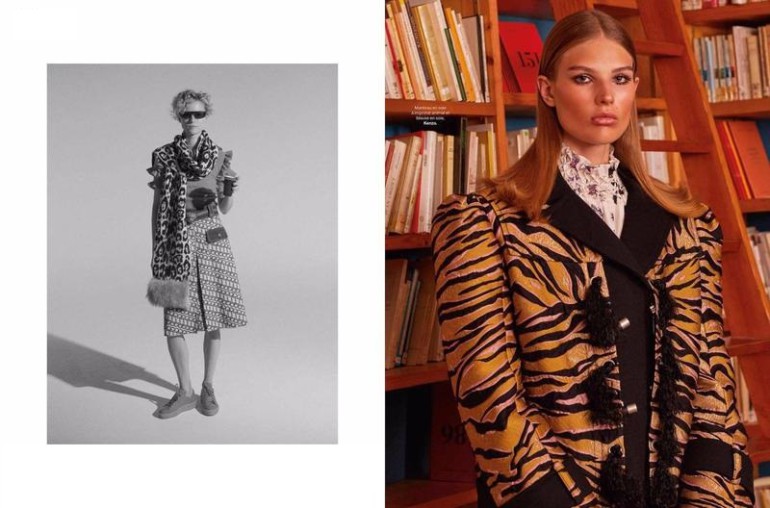 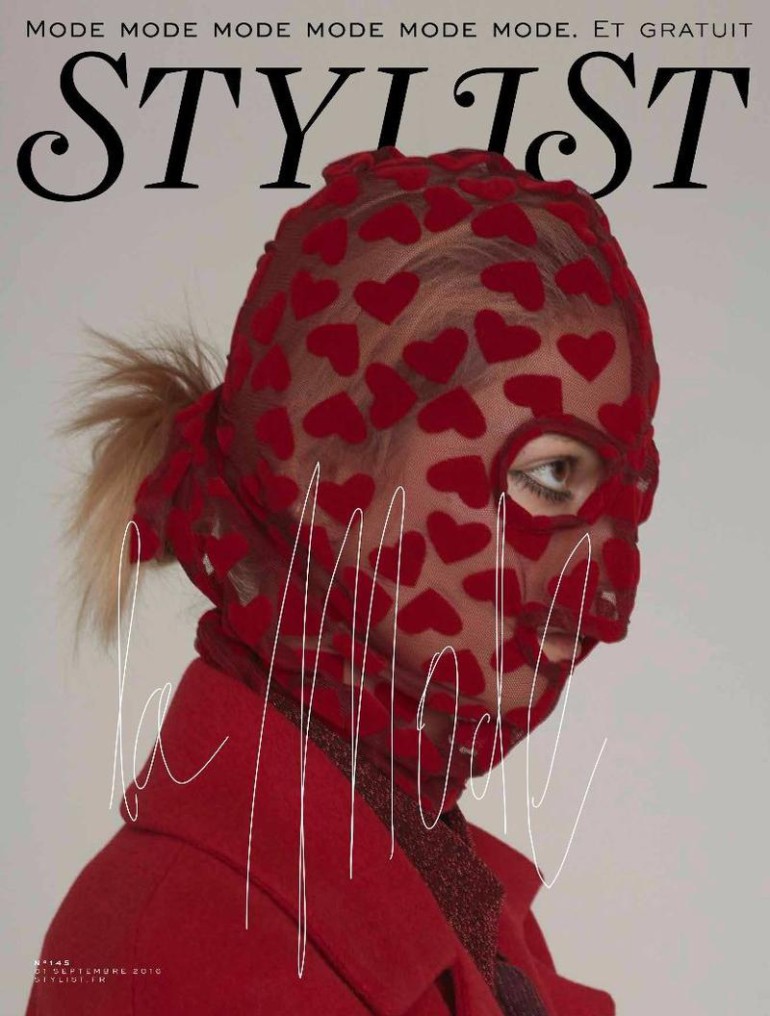