Jazzelle Zanaughtti, Anna Cleveland and Madison Stubbington bare out the Unconventional Beauty of “Ungewöhnlich Schön” by Nick Knight for Stern Magazine, 02/17. While one might see a story done in studio, I see a conceptual landscape set inside the miraculous mind of Knight. Proving we don’t have to travel to the ends of the earth in order to set eyes on the other side. In the cavernous corners of contemplation lives a kind of neo-truth. This trip allows us to explore the outer reaches of the inner mind. By passing into another realm we witness avenues of unearthed treasures. Half of her body is bathed in a wash of white light, as the curvaceous lines of her svelte frame is drenched in darkness. Fashion is a living thing, as Julia von Boehm lets the fire of modern fabrics fill the page. Cleveland lies sprawled across the ground, with pants that bloom into a sea of blue sequin, as Jazzelle’s billowing gown opens to form a full floral parachute. This may sound like a dramatic description, but as they stand there ~ part of the erecting art ~ they slowly start to fuse into the page. Colors pop across the screen allowing dreams to feed the extreme. Abstract effects create a multi dimensional force field of vision, as kinetic energy is reached through the mind’s eye. The Pre-Socratic philosophy talks about exploring untouched worlds, following the form of these heavenly bodies. Exquisite imagery emotes with a raw edge, as these pictures evoke a kind of call to the spiritual wild.

Set Designer, Andrew Tomlinson, creates space that transcends the lines of time. Moving through constellations of the brain beauty is met. Lost in fantasy these pics become the antithesis of what’s expected. Distant imagery is created by means of simple smoke, as powder is blown up the bodies making them unrecognizable. A working interaction with the set makes each girl a vital part of the art. The models move like ballerinas in perfect form, as we watch them caught between this world and the next. This is no ordinary mix as Lisa Eldridge builds a makeup masterpiece. Vibrant colors flee across her face leaving neon like skid marks racing across the vase. Jazzelle sits behind a thin, tall glass as her abstract image zooms through the water. Like a creature featured from another planet, her skin takes on a distant shape. A no brow look gives her an otherworldly edge, making it appear that she’s arrived from the outer realm. Behind misty glass we get a smokey effect, as Eldridge uses black shadow to encircle the entire eye. Madison’s entire face is kissed with a flush of fuschia blush, while faux lashes extend out, pretty in pink. Eamonn Hughes puts his sculpting skills to good use, as haute coiffure is crafted in creative form. Every image has a multi-leveled meaning, as limber tones layer naturally and 3-D effects evolve effortlessly.

“Knight focused on the tropes of shadow, distortion and contrast to indicate a different example of the transfer of light in each image.” Through the aching windows we watch as truth transforms. Pictures project a sense of transferred emotions, echoed in the expressions of passion portrayed. Twisting and turning into a altered view of reality. His concept is not one of mere introduction, it’s an invitation to join in the process. Nick works to keep the surroundings as part of the photographic journey. An important distinction which allows the models to take a more tactile approach, and the viewer to invest in a more fully vivid experience. 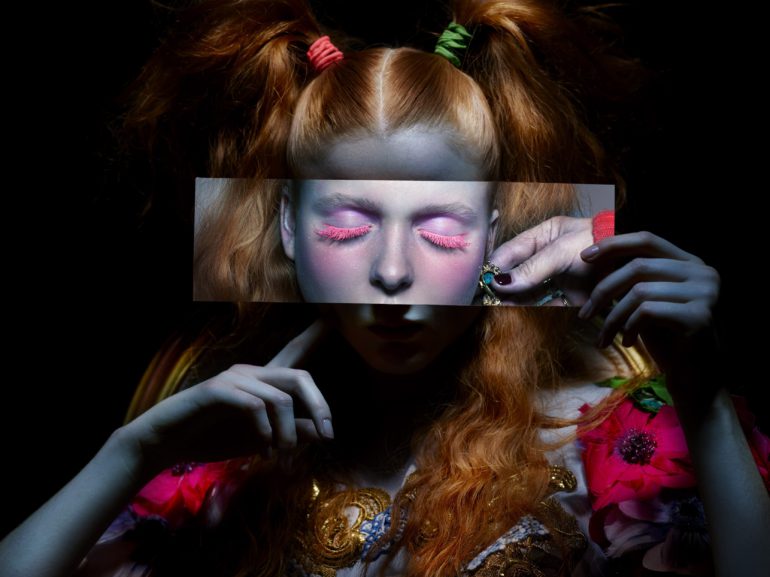 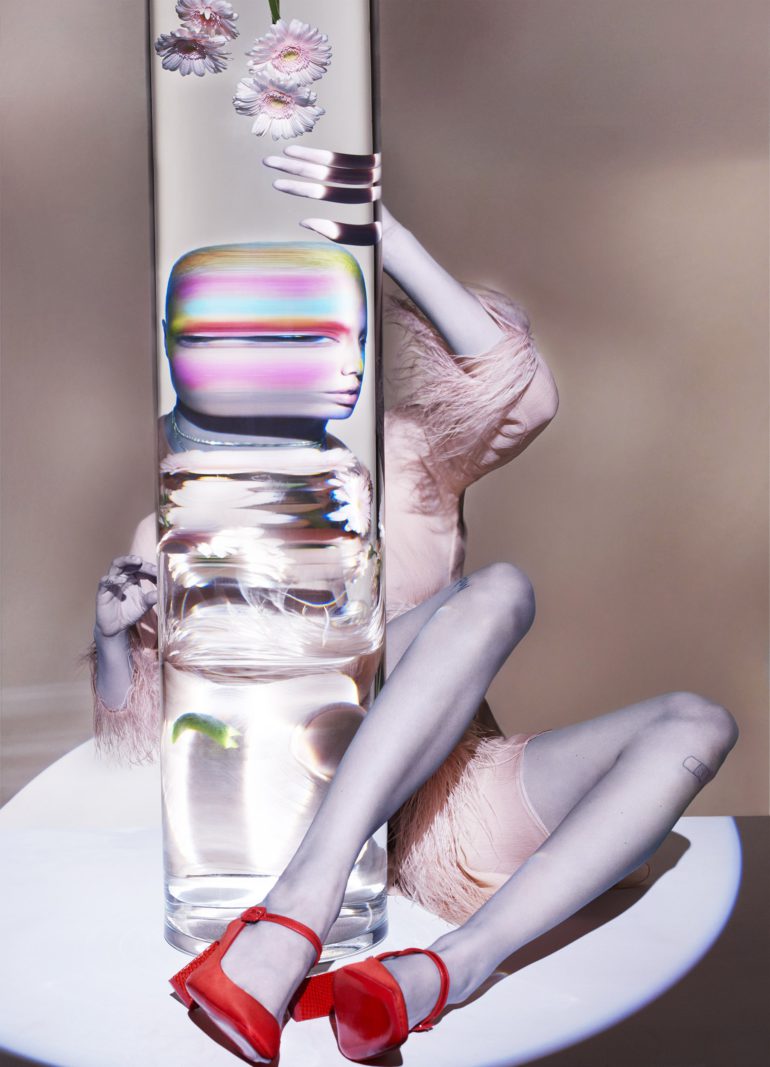 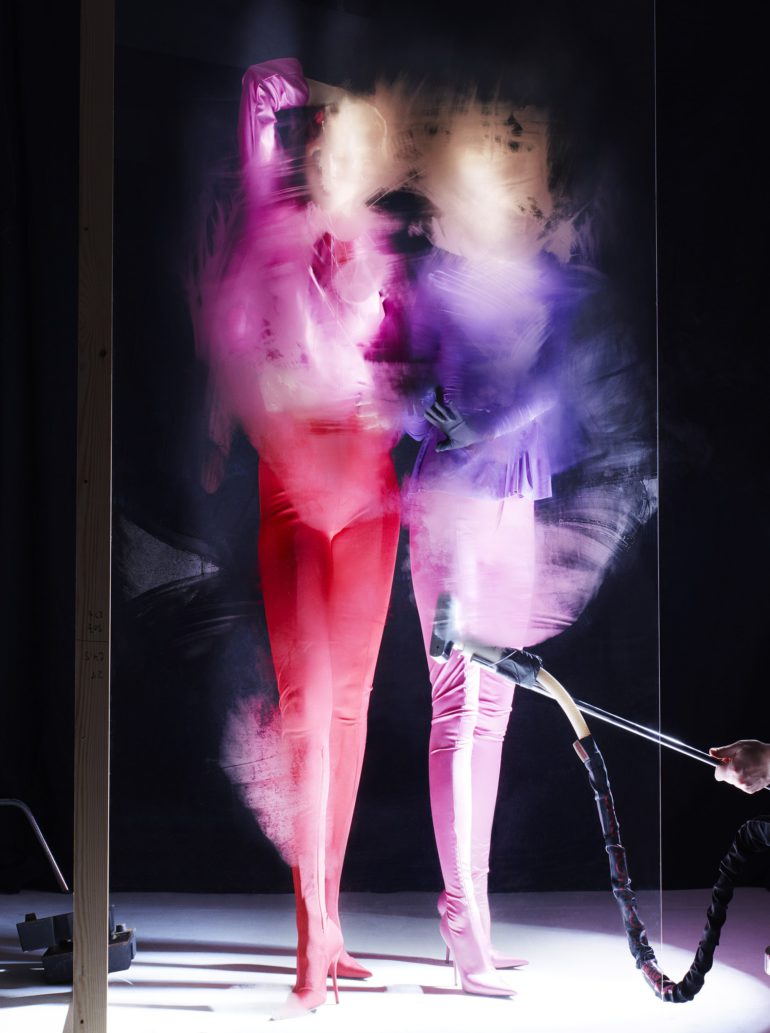 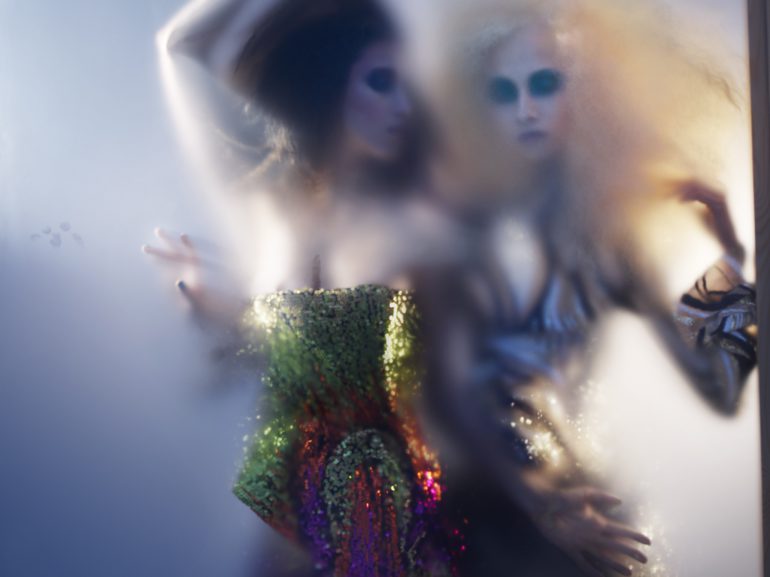 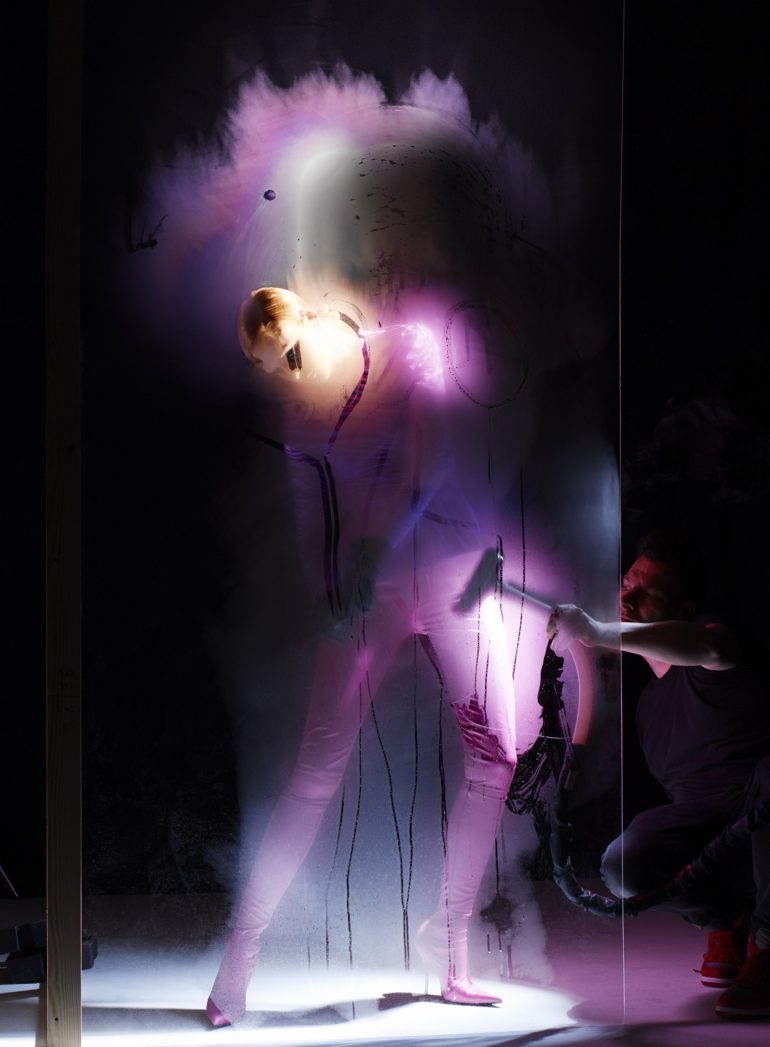 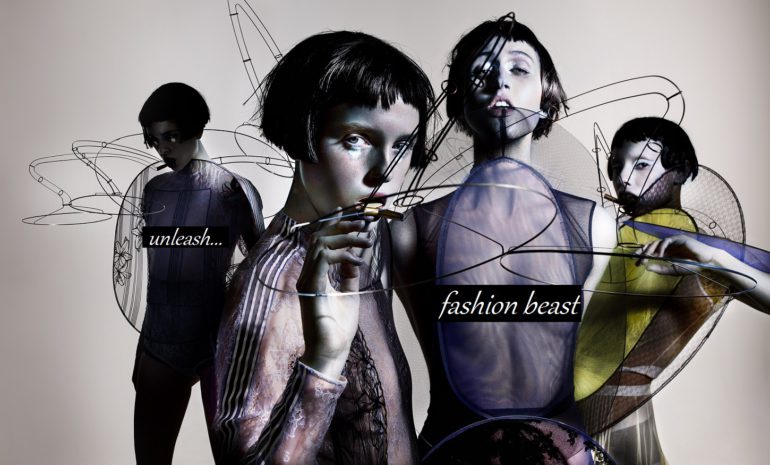 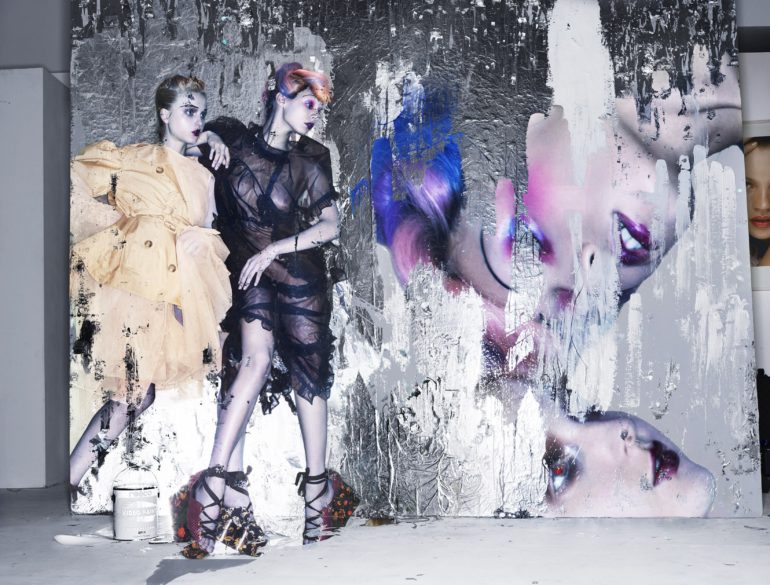 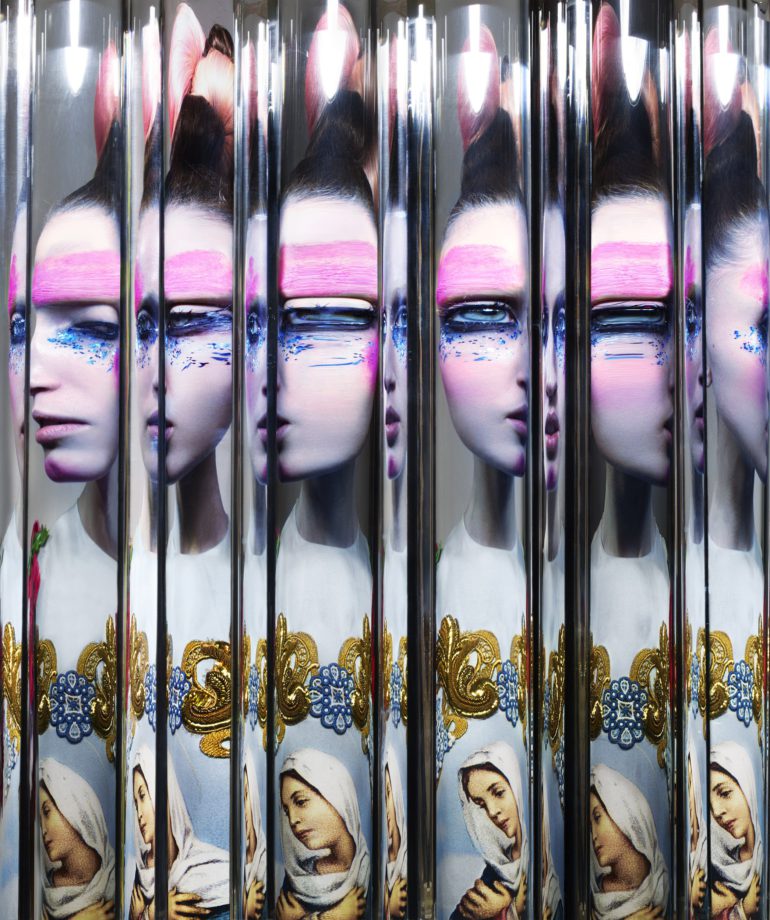 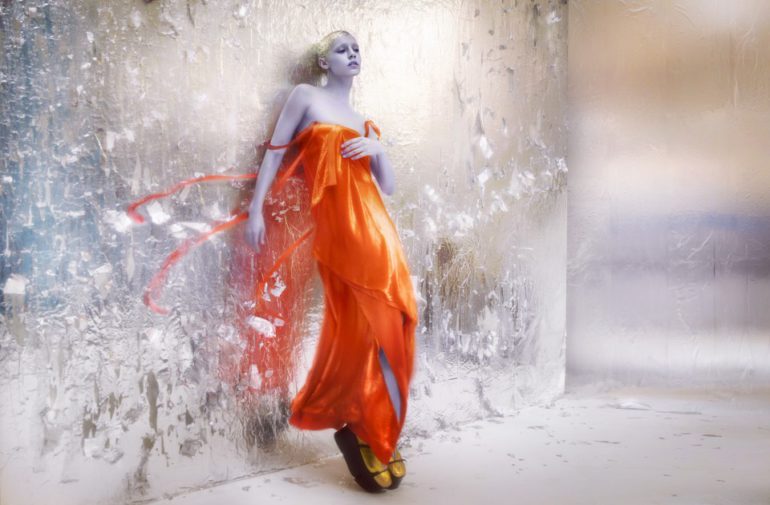 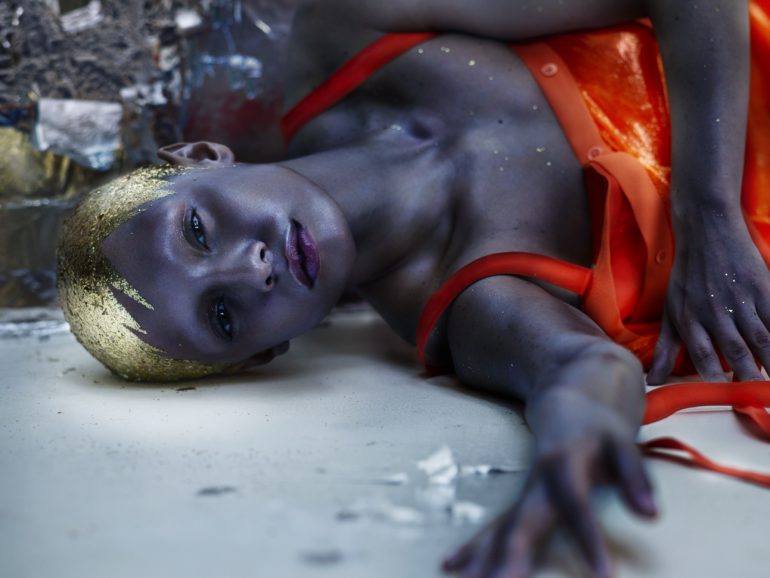 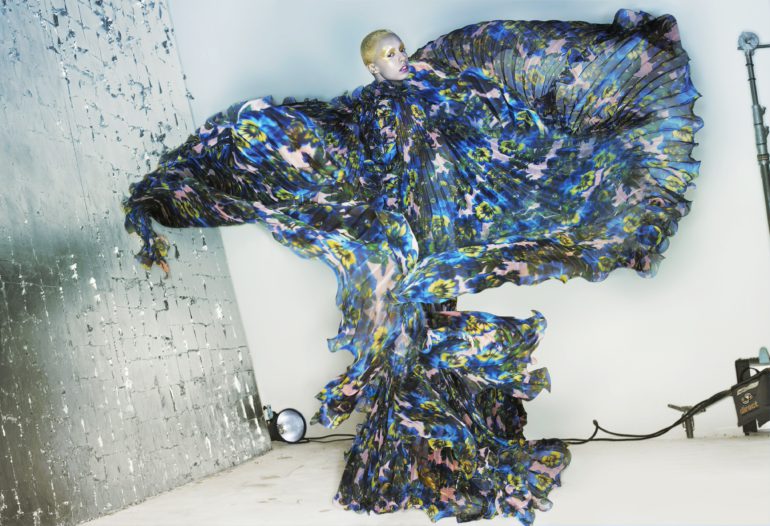 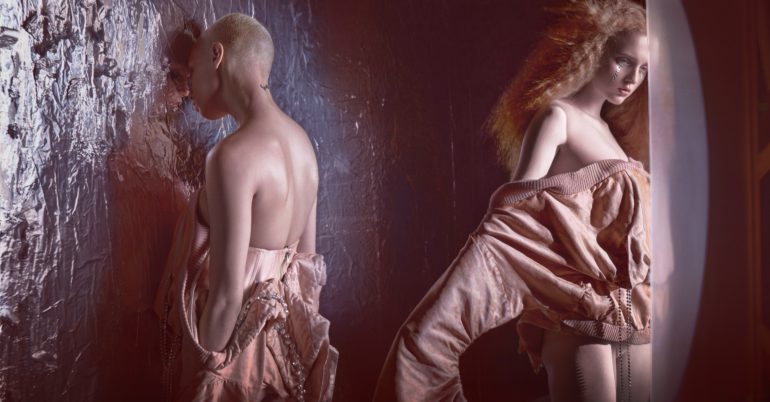 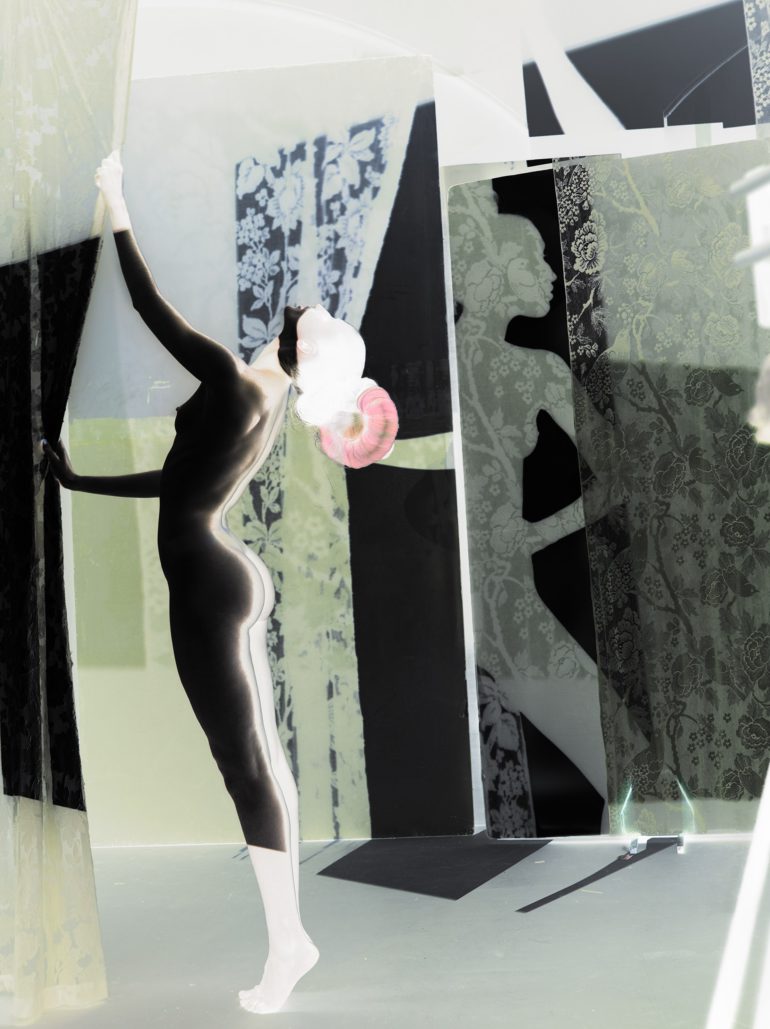 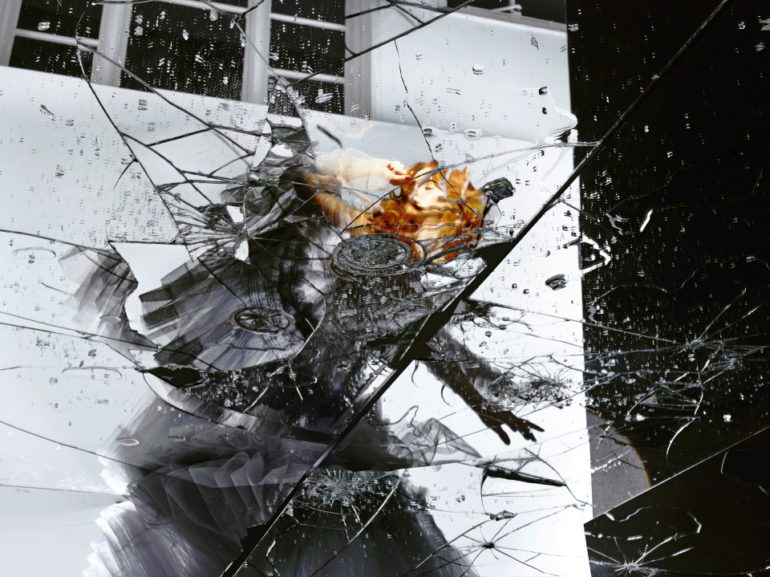 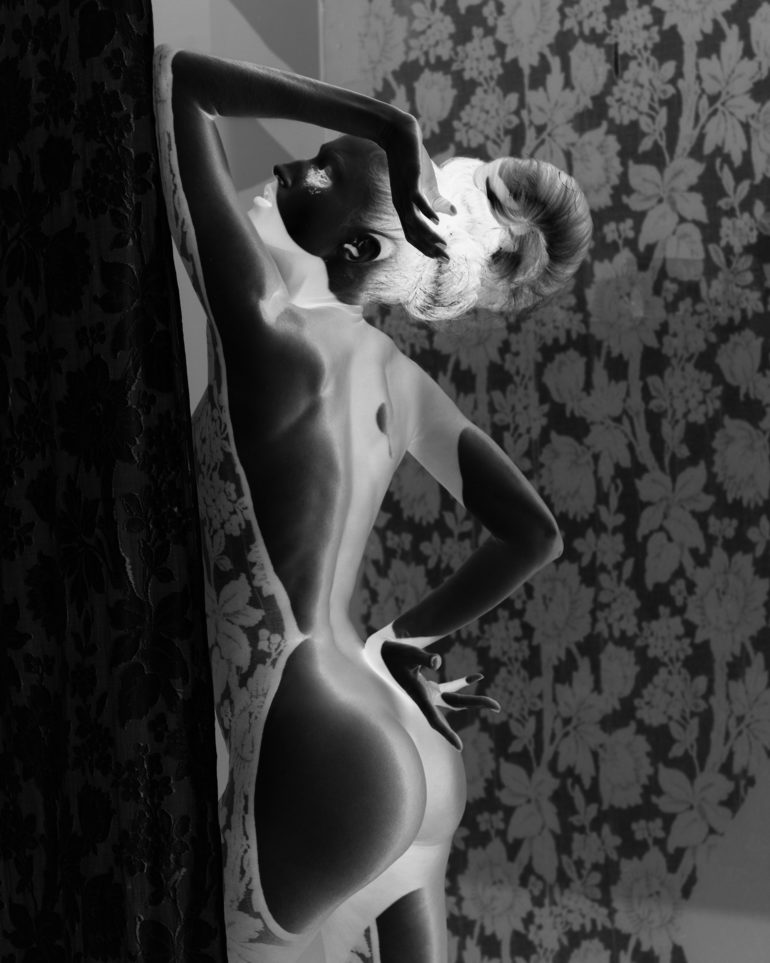 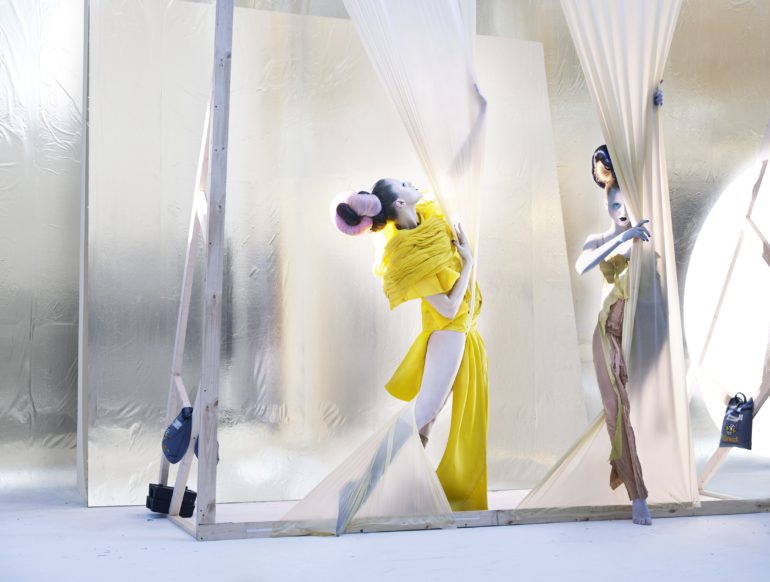 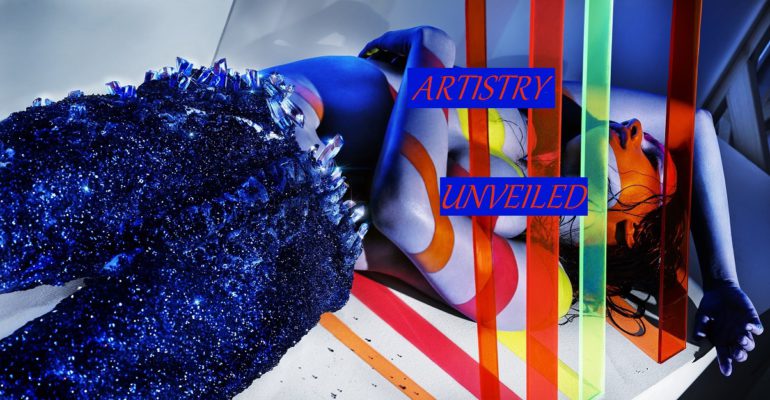