Jessie Bloemendaal travels forth and she brings us back by Anthony Maule for Numéro Magazine, June/July 2017. Art elevates our understanding of things we might otherwise throw to the wind. The momentum of the message becomes quite clear, as we feel the swell of the ocean’s wall crash down around us. And, while it’s clear we are simply viewing a woman standing behind a wall of sheer glass, what we see is all together different. Going from a spray of sprinkles to a waterfall of wonder, where upon close examination we begin to imagine another world. What we are witnessing is actually being generated from the inner body of this exquisite creature. Charles Varenne dresses her up in a daring array of dark designs, dripping with slick fabrics and edgy accouterments. Fashions bring forth body-con looks that provide clean lines, while offering a plethora of styling surprises. Cruel undertakings are a common thing amongst the privileged few. Basking in the glory of gruesome, they plant themselves in the garden of delight. A hideous reality for those few who are afflicted with humanity. As Jessie is bathed in a frantic fusion of thoughts, the concept of being cleansed in not far behind. To breathe is to believe… to beckon is to summon the will to move forward. To hold on to authenticity in a world where none seems exists, is to harbor within you a truth built on lies. So distinctly destructive is this reality – one would say – there is no desire to change. However, between these lines there lives a place that tells us tomorrow is a new day, that there is hope.

Redness weeps as Lisa Houghton depicts raw emotion. The future face has arrived as Jessie emits a gorgeous glow. Ethereal features take an extreme bend, in this dynamic blend of hard and soft. With brows so fair they disappear into the skin, giving her an alien like appearance. The power of this piece rests in its rigor to go on. Red lips and leather never looked so divine as synonymous shades blow the mind. Color shifts as green cries from the eyes, cascading down the cheeks sides. A minty hue makes this shadow seem strange, as it’s not often found in the orbital arena. Angelic doesn’t begin to depict the beauty of Bloemendaal. Her elongated neckline stretches on forever, meeting a sublimely strange head shape. The striking elegance of her presentation can’t be denied, with a high forehead & narrow cheek bones. Looking like she took a left at the Matrix – her skin radiates the same kind of tone to that of Neo. Avant-garde makeup is artfully explored celebrating the beauty of what’s to come. Her flowing curls are so fine, the wispy nature of her hair doesn’t fall flat rather it rides the wind. Edward Lampley creates an ethereal dew that appears to float on it’s own.

Here we see images that engender tenderness while tickling us with tenacity. Opposites do attract, a concept we’ve long accepted but never truly understood. A fall of fine sprinkles only to give way to a wicked wall of water. The story reaches it’s apex as Jessie stands behind the glass as water rushes to fill the space in-between. Suffocation seems imminent as we wait for the room to be consumed. In the midst of utter chaos, we witness her stand with hands up, coming to terms with reality. Her face gives off a calm demeanor, as if there’s no place she would rather be. Exquisitely played, this piece projects a sense of spirit. Cleansing from within the water works to rid us from that which aims to ruin.

The tears fill the sky like water in the eye

Looking down on those who dare to defy

Ready to rain on the parade of the passionate

Ready to drown out the defiance they decry

To breathe is to believe, to beckon is to summon

To be … is to find the will to move forward 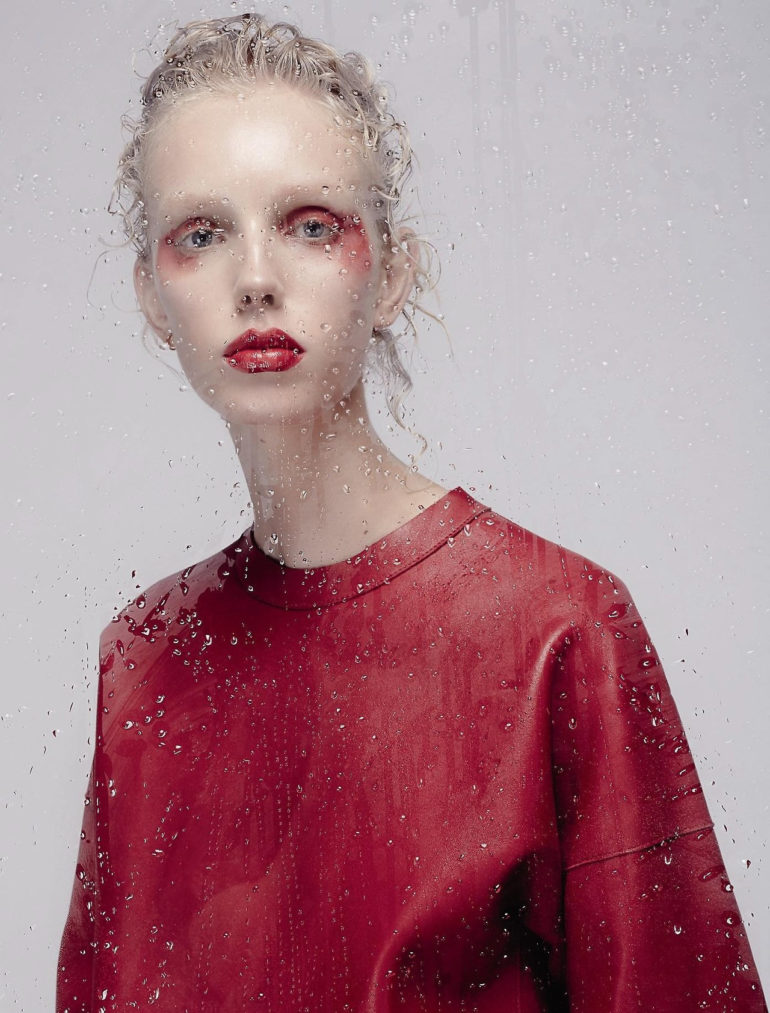 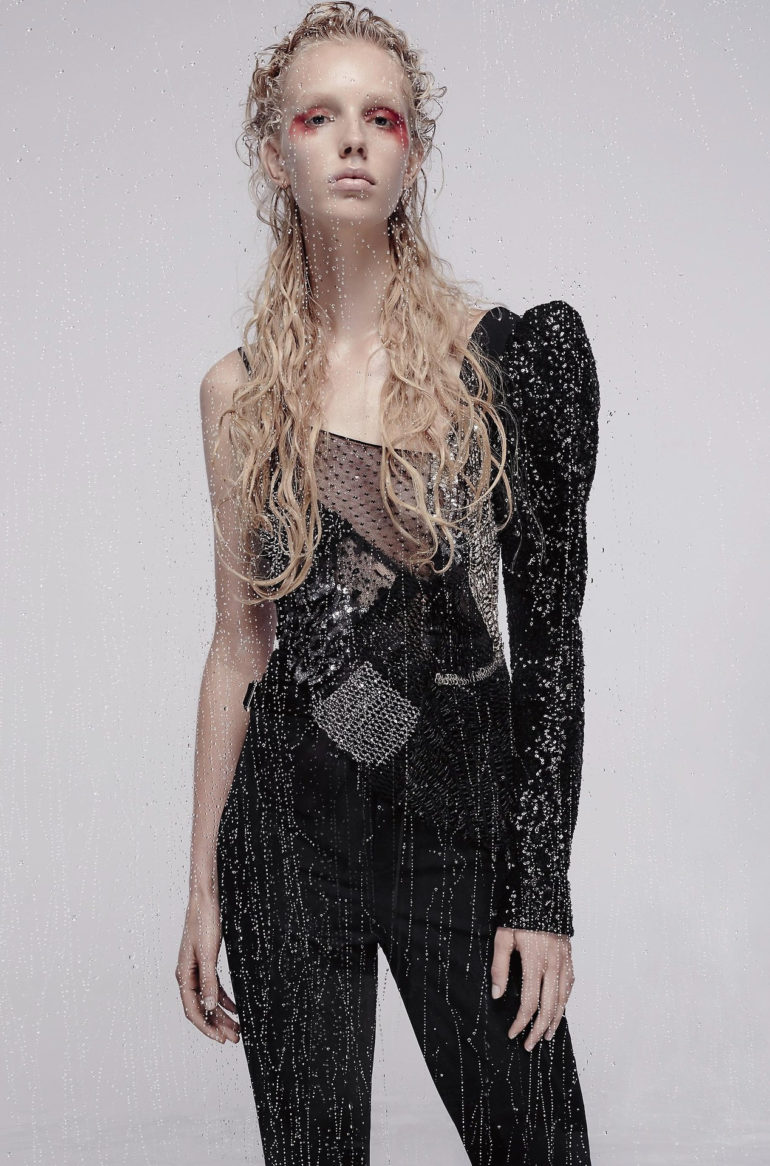 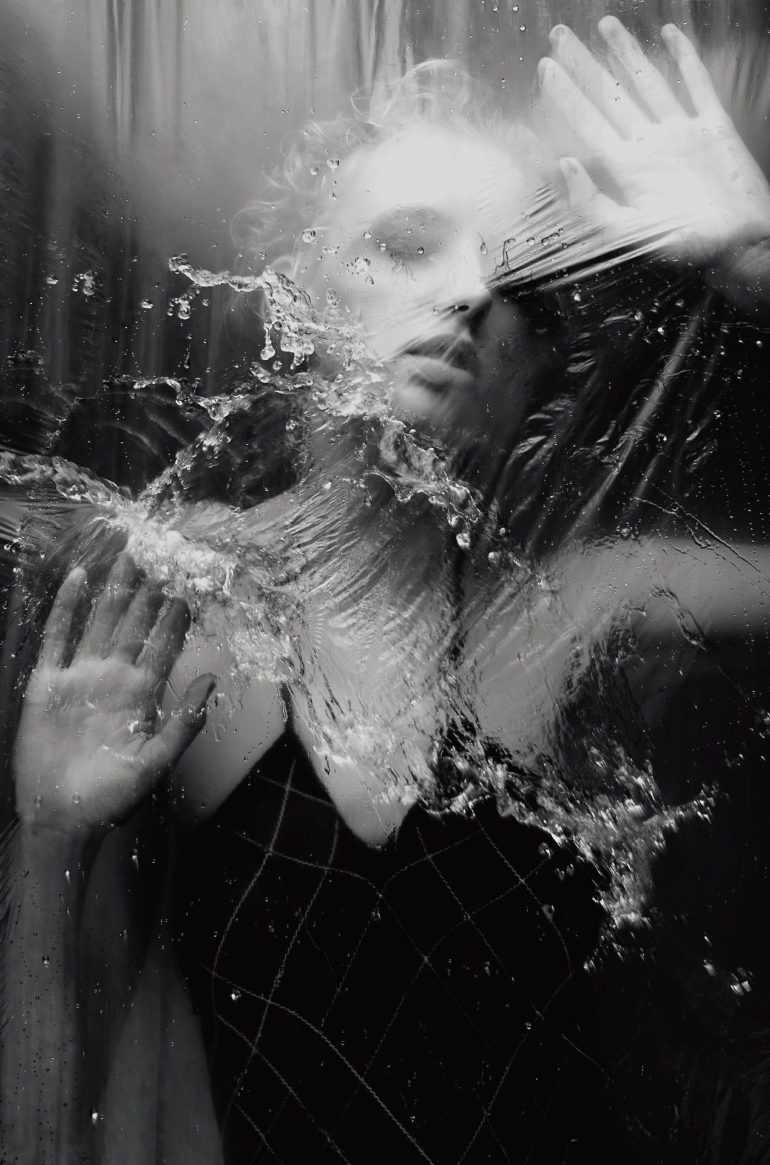 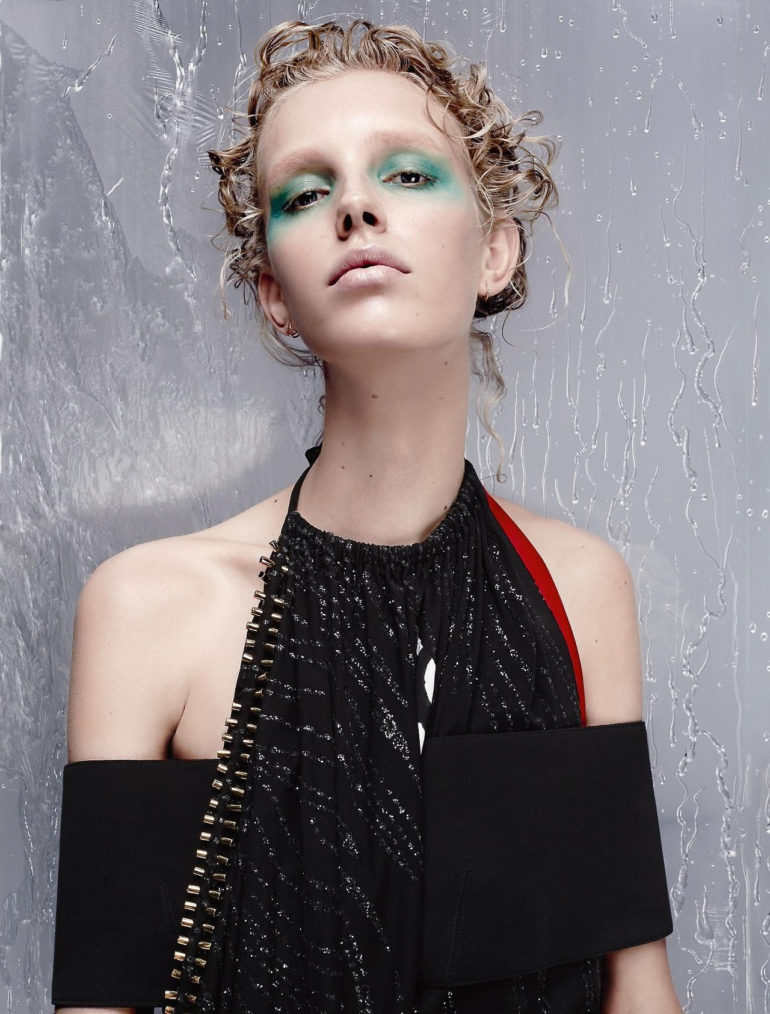 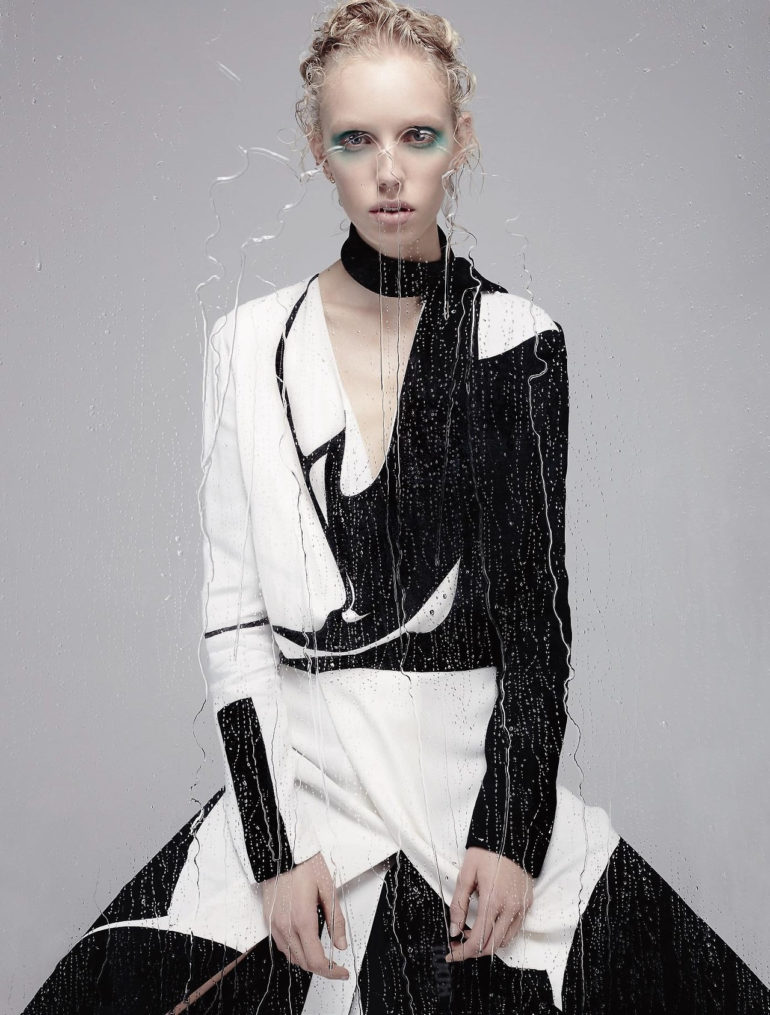 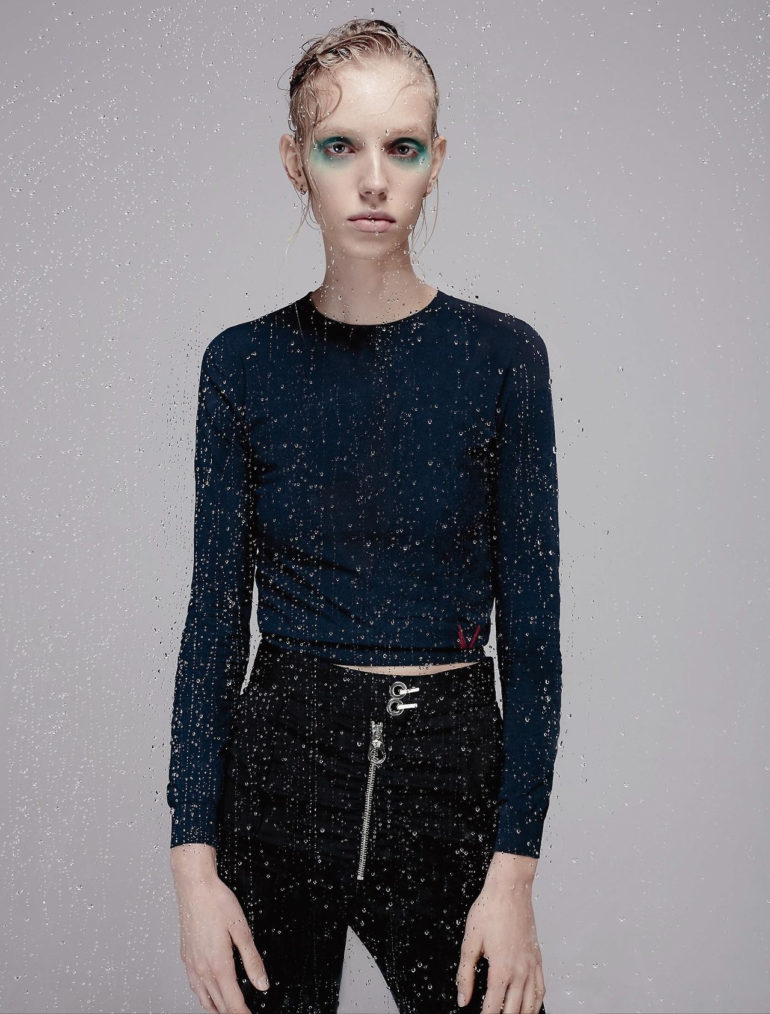 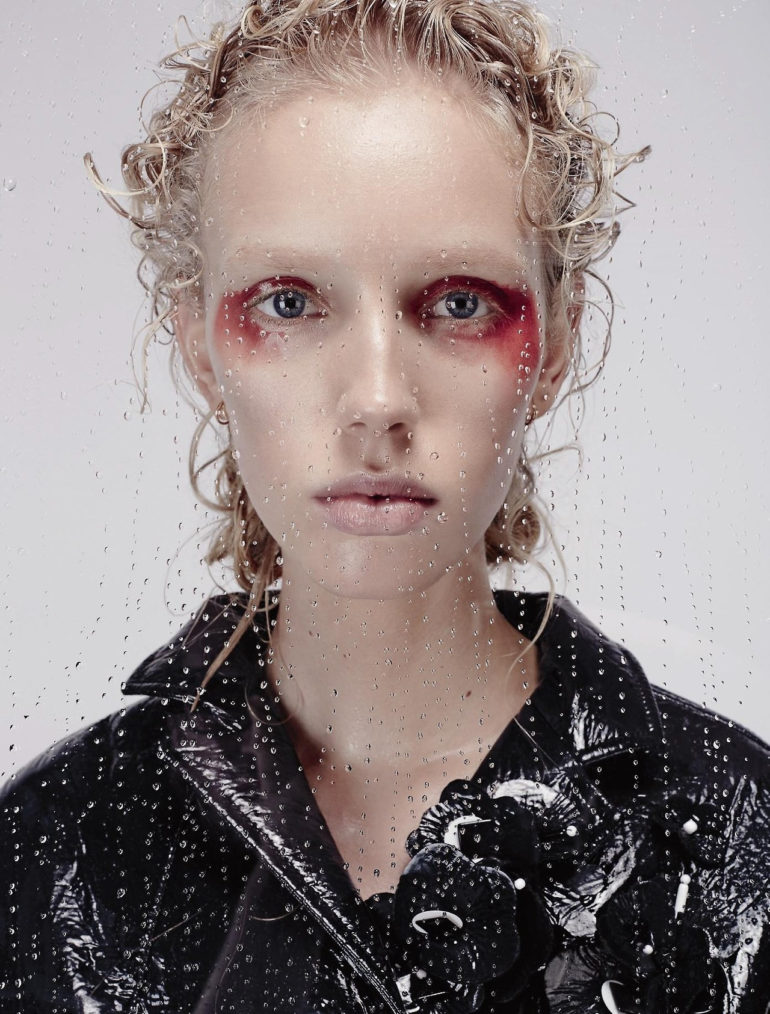