Amber Witcomb dreams a little dream by Sofia Sanchez & Mauro Mongiello for Numéro #185, 08/17. Walking along the beach one day I found myself in a frightful way, along was I on this winding road with no-one to turn to and nowhere to go. The ache felt so deep I turned inside ready to run and ready to hide, from all of life’s worry and doubt I was ready to turn myself inside/out. So I took off an ran through the hallways of my mind, seeking to escape that which lingered behind. poetic prose ~ tanyajo

Ladies & Gentlemen; step right up… come and see… the cinema of circus that’s longing to be. A incredible tale that’s told through visual aide. A carnival of creation is as much about the conceptual levels, as it is the emotional response. This captures a sense of scintillation, exposing us to a sight experience rich in tactile details. Intensely felt, this takes the idea of layered imagery to another level. A Carnival of the Mind, is a story that celebrates the art of the imagination. Delivering an explosive 3-D effect, I close my eyes and picture visions of vagabonds dancing in my head.

Showing like a ventriloquist’s doll, A beautifully, rotund woman sits still with Witcomb perched on her lap. Intrigued by the spirit of her soul, we’re so compelled by her intense being, we want to just stare. Ramona Eschbach builds raven hair that’s backcombed to heaven, while Rie Omoto creates makeup done with a heavy hand. Racing stripes run up her cheeks, ensuring you won’t miss the voluptuous beauty. Doused with a dose of white skin, blood red lips mimic the mayhem of existence. At first glance you may be inclined to judge her application technique. However, upon closer examination you realize that this brilliant blend gives her an avant-garde edge.

We get the sense they honor silence, but, some of their actions speak louder than words. In the midst of this crazy collusion of characters, their exists one soft-spoken creature that’s silent but deep. I call her the Nun. She wears a kind of abstract habit, carrying herself like a sister of faith. Yet, under the quiet disposition there lives something strange. Often it’s thought that all black is worn to pay homage to the dark side. However, here we see it shown as a symbol of strength. One that embraces the pain without ridding the memory of it. So often it seems as if we are asked to not only excuse the pain ~ but to execute it. And that (in my humble opinion) is not the answer. Most pain is part of a poetic picture. One that is made up of many hills/valleys, and not all of the happy kind. Decked out in a high hat and long coat, Sofia Sanchez & Mauro Mongiello snap Amber as she stares intently at the sand beneath her.

Samuel François uses fashion to exude a rigid form of pleasure, while paying homage to the somber tone of the piece. Dressed in all black they fit together like perfectly constructed prose. The abstract strangeness is artfully portrayed as each image is injected with a dose of dizzying sunshine. What at first glance appears to be disjointed, comes together in fabulous form. This group, ill-suited for a light trip down a sandy beach, embraces the airy atmosphere with genuine aplomb. These aren’t just dark stragglers walking the beach in a bid for attention. Rather, they are unique sorts of superheros. Deeply routed lives the unfair judgments of the mind, turning this strange group into fighters of our times. Vicki Jo Costanzo leads this pack of strange yet kindly folk, as they set off to conquer the world. Roaming the sand, each creature portrays a vision of truth, justice and the womanly way. I see these females as fighters (with one fearsome grand dame and one ferocious strong lad). Drama envelopes the page as he walks with Amber in a riotous rage. Draped over his arms he carries her stiff like a board yet free from the crowd. 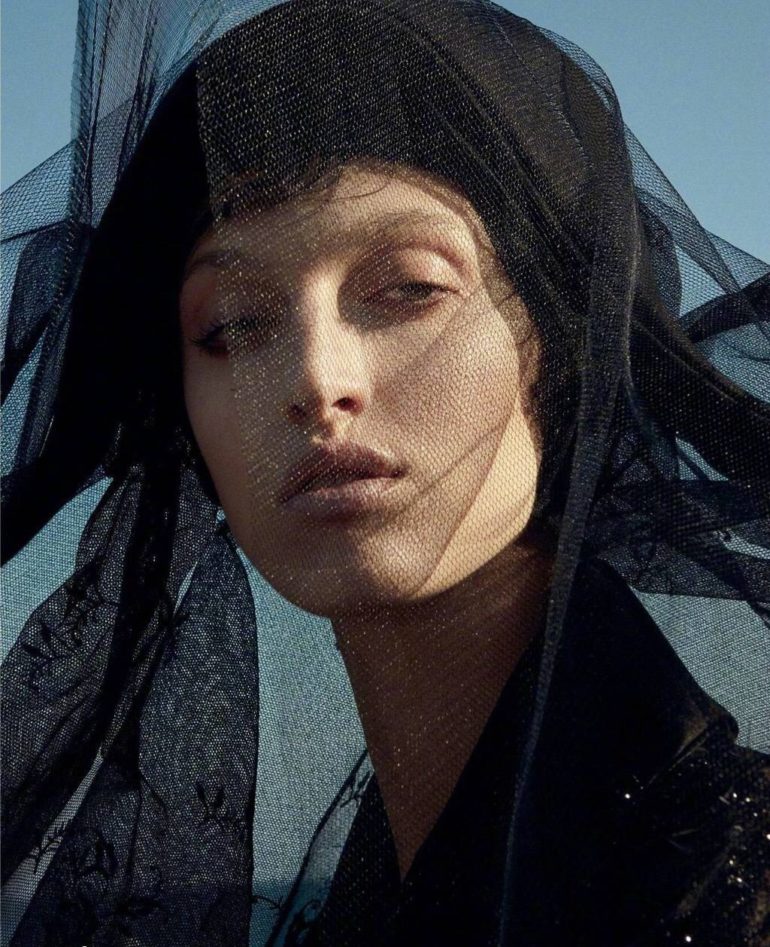 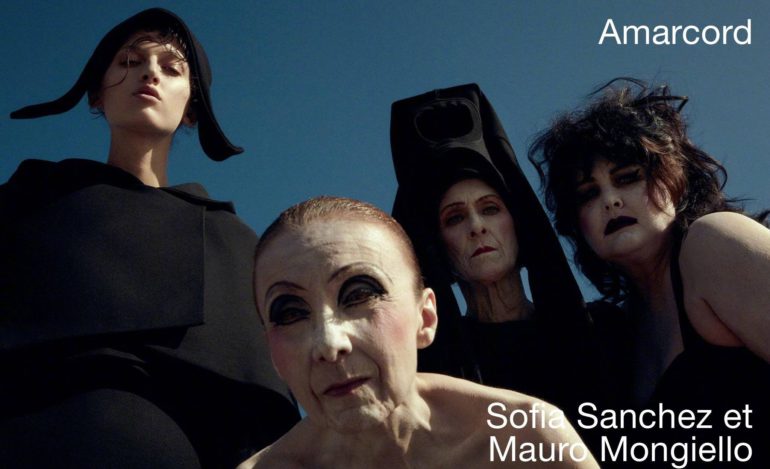 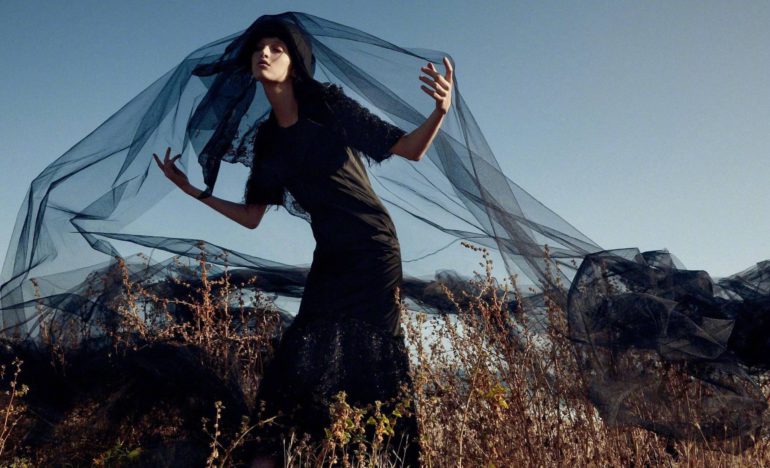 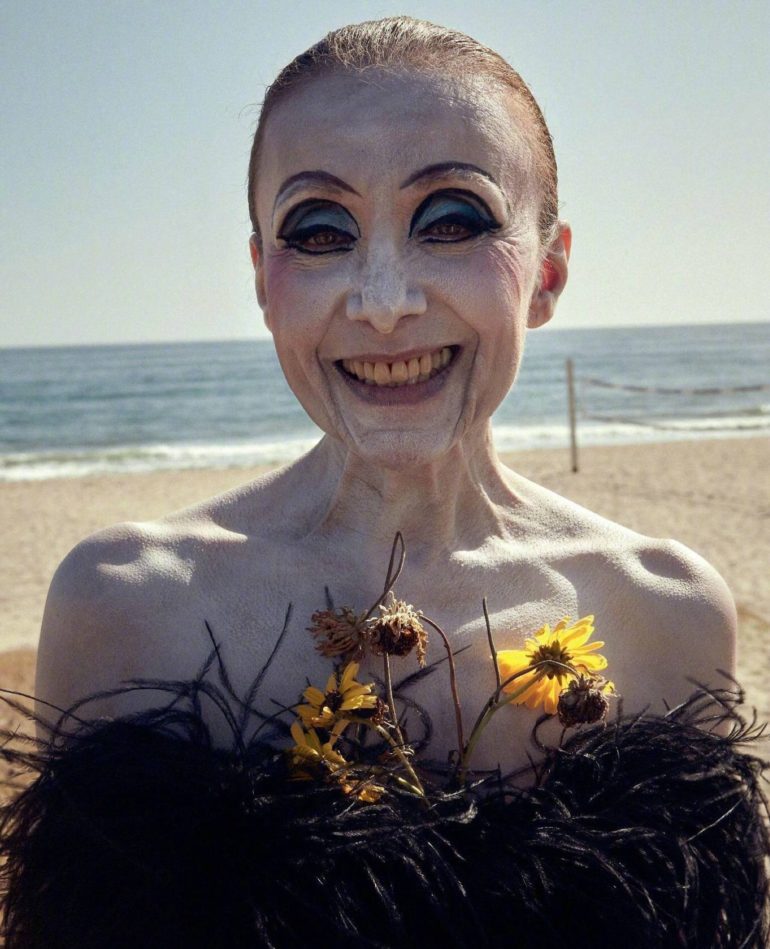 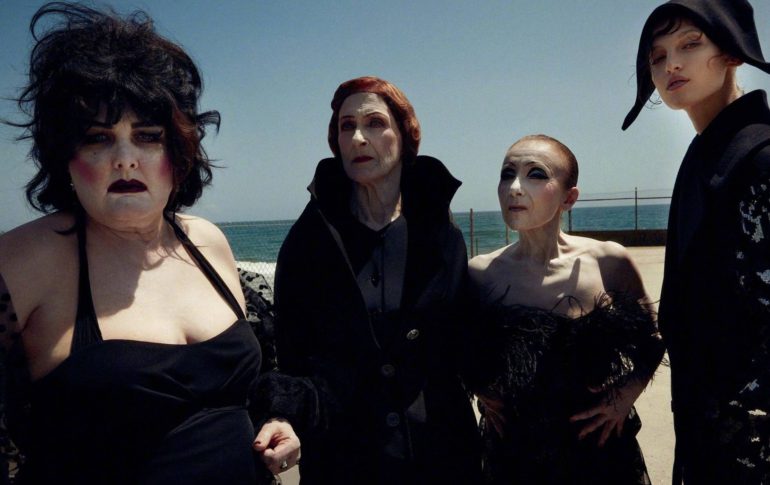 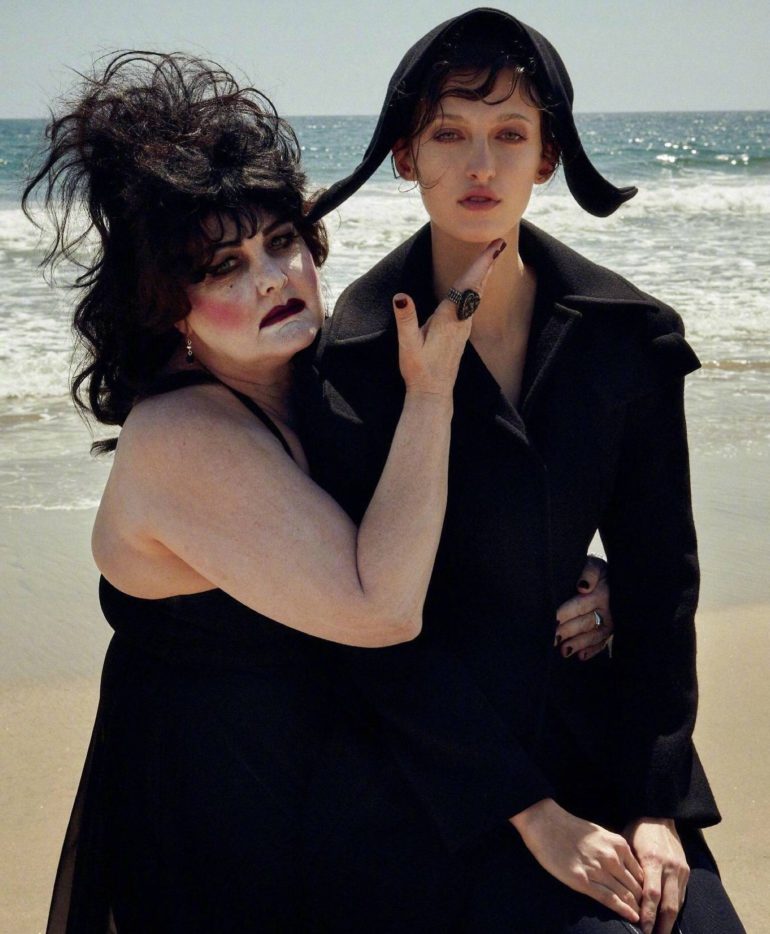 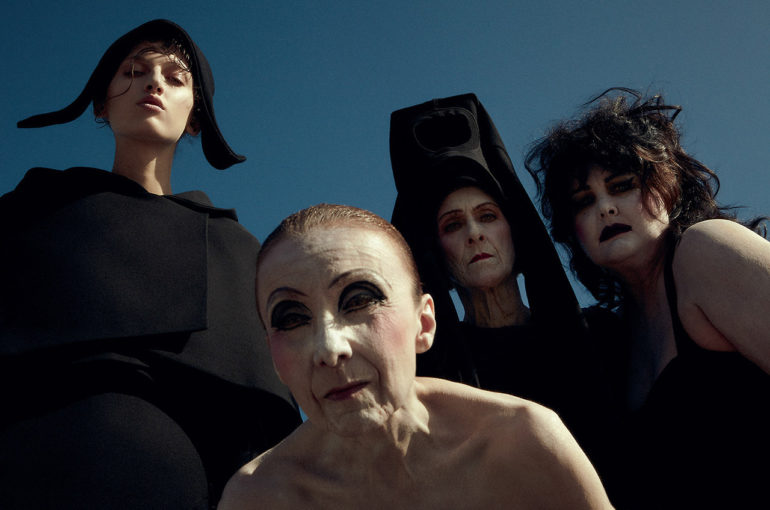 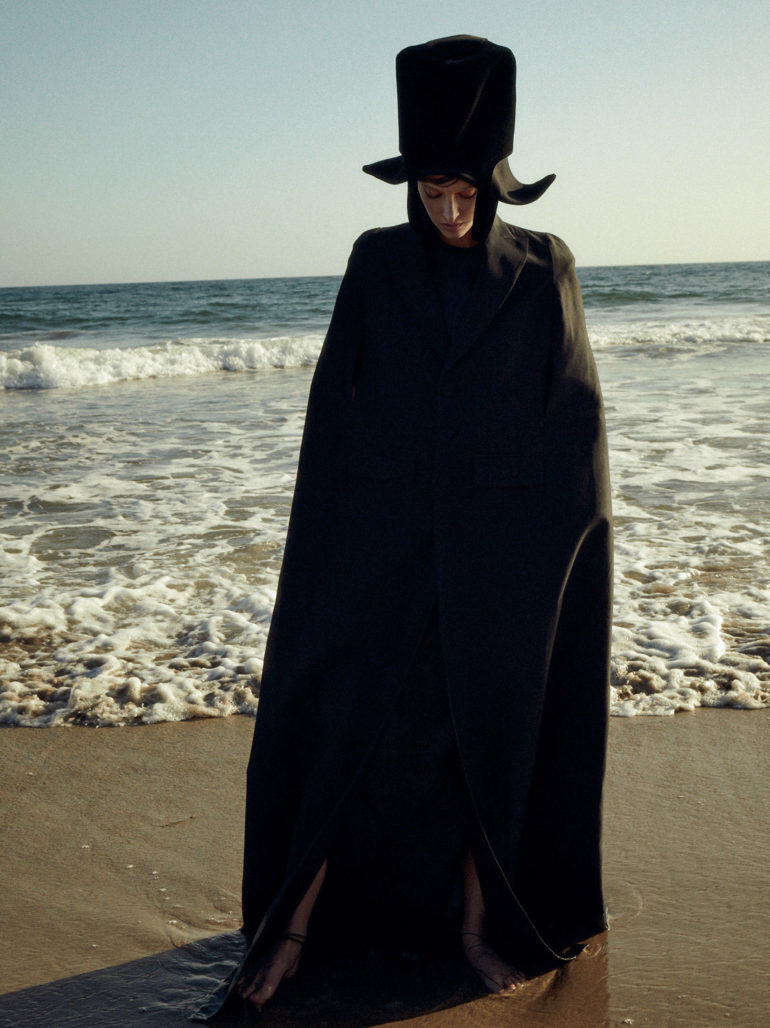 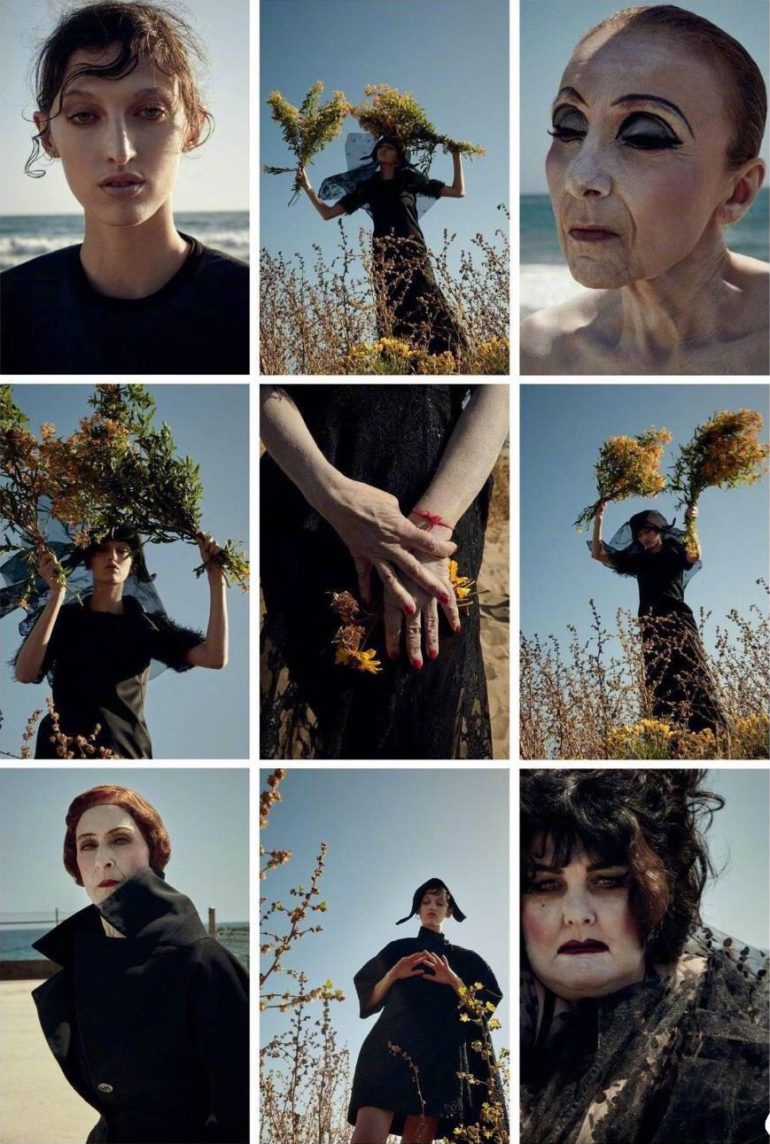 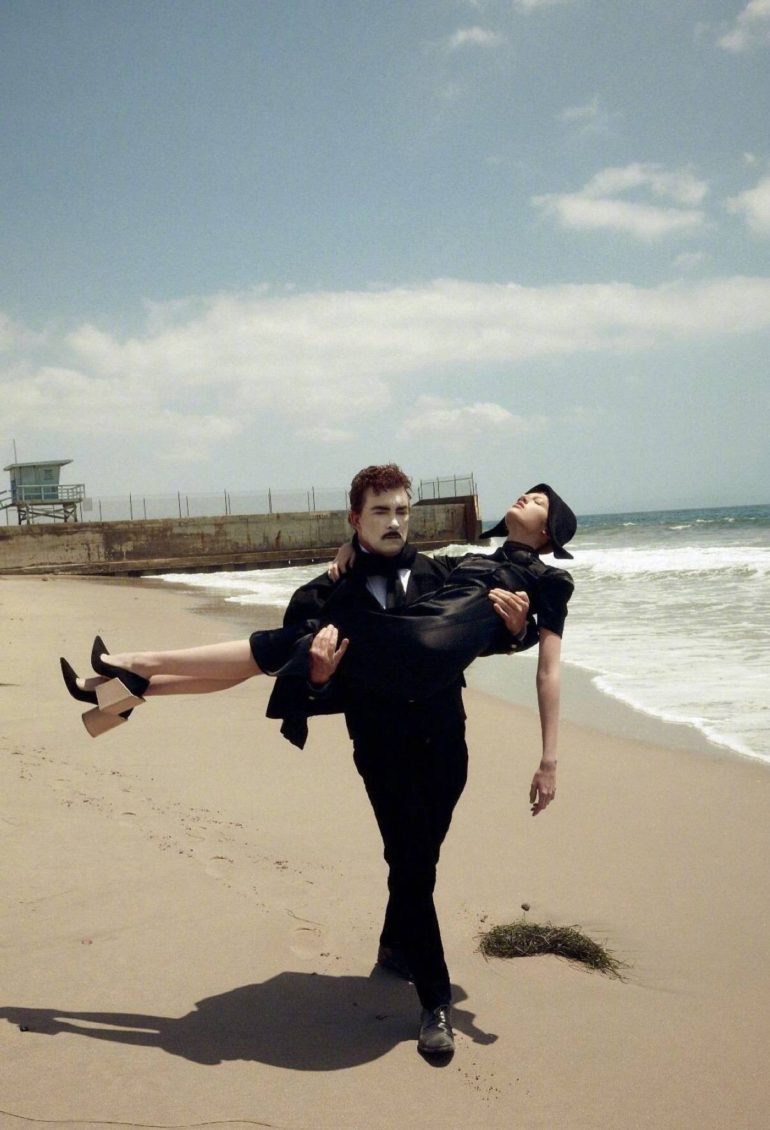 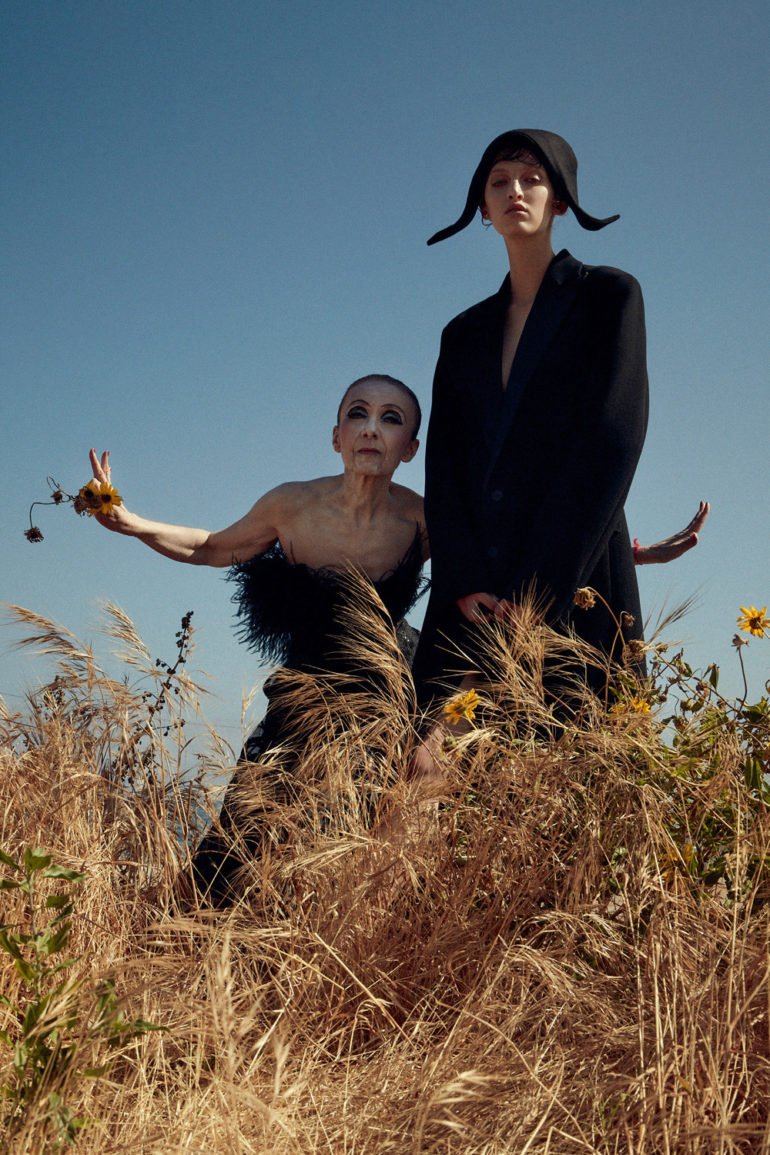 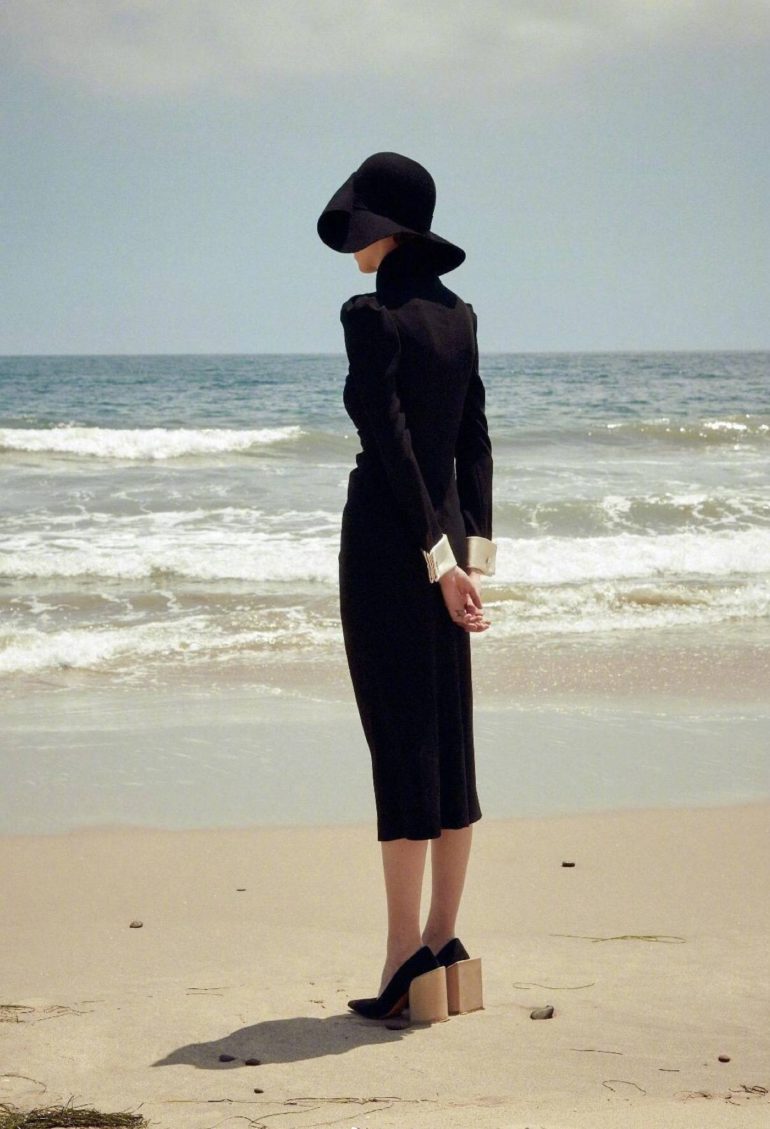