Sarah Fraser transforms before our eyes as she lets her inner spirit fly, in “Métamorphose” by Sølve Sundsbø for Numero Magazine, December/January 2017/18. A tale of two sides come to be as her calm demeanor plays in perfect harmony. Split right down the center, this otherworldly editorial looks at the duality of humanity. Each somber shot brims with raw anticipation, as the bifurcation of duality is met with a fusion of ambiguity. Artistry and excess meet in the middle, allowing us to boldly explore both sides of her personality. Sundsbø creates synergistic imagery that celebrates the dichotomy of riches, showing us two sides of the same spirit. Sarah slips into another world allowing the ethereal imagery to run it’s course. The imagination takes over as the spirit starts to rise, making us believe we are looking right into the mind’s eye. Angelic in presentation. Whether we view these scenes from the inside-out or vice-versa, it becomes much less a question of proximity than an answer to a calling.

Samuel Francois uses each style statement as a moment to let Fraser’s spirit shine. The pageantry of high fashion comes into play, as a plethora fabrics transform this average editorial into an avant-garde masterpiece. Strategically placed feathers fall over her body twice, as we see a double shot of Sarah as she falls to her back with her toes touching. Both captures have her covered in couture, from floral accouterments to a dress made of black dots. Clear vinyl is designed to disappear as she stands in a bathing gown that gives the illusion of nudity. A ethereal robe is worn over the head giving the flavor of regalia, as silk roses fall down the surface of the piece. Color comes into play in a dizzying display, as she dons a red, polyester pantsuit done in the form of fitness wear. While, scarlet screams to be seen, Fraser stands quietly behind a window covered in tears of crying rain. Created in jest this ends things with a blue bang, as fringe hangs down over her naked body, with a hat that looks like a lamp shade. Make 2018 Great!!!  ♥ ♥ ♥ HAPPY NEW YEAR ♥ ♥ ♥

Stephane Marais invites the bleached out brows to exude innocence, while the intensity of her eyes plays in contradiction. Changing her face from edgy to angelic, the ethereal tones of the duality tease us with temptation. These looks combine both sides by smearing a touch of shadow around the lids, and just a kiss of soft shade over the lips. Bleached out and beautiful, the angular lines of her blonde hair appear like a halo sitting on her head. Odile Gilert creates a bowl like shape, with straight bangs that cut across her forehead. Sarah’s features lend themselves to an angelic appearance, while her somber stare leads us to believe there’s more to the story. Excessive fabrics give this angel her wings as each ensemble make her look like an ethereal being.

A Journey to the Other Side…

in the wind stormed stretches

of this silent night

there lives a lonely spirit

sent to gives us light

moving through your world

with stealth and ease

by a faraway breeze

as stillness sets in

til’ one becomes a twin 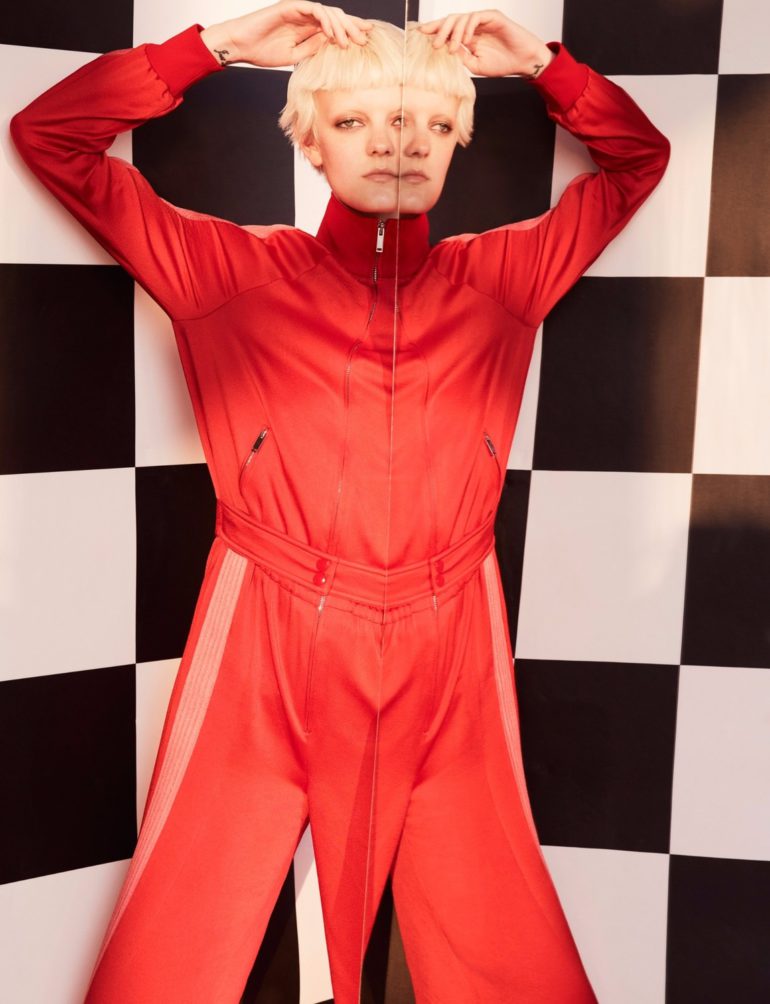 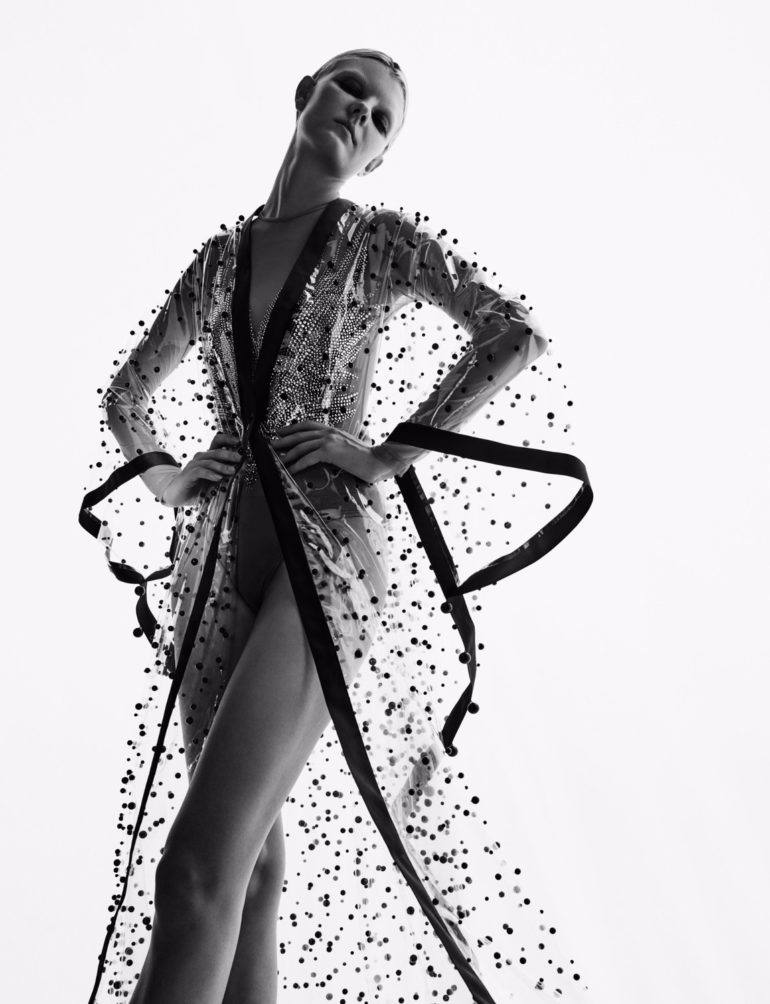 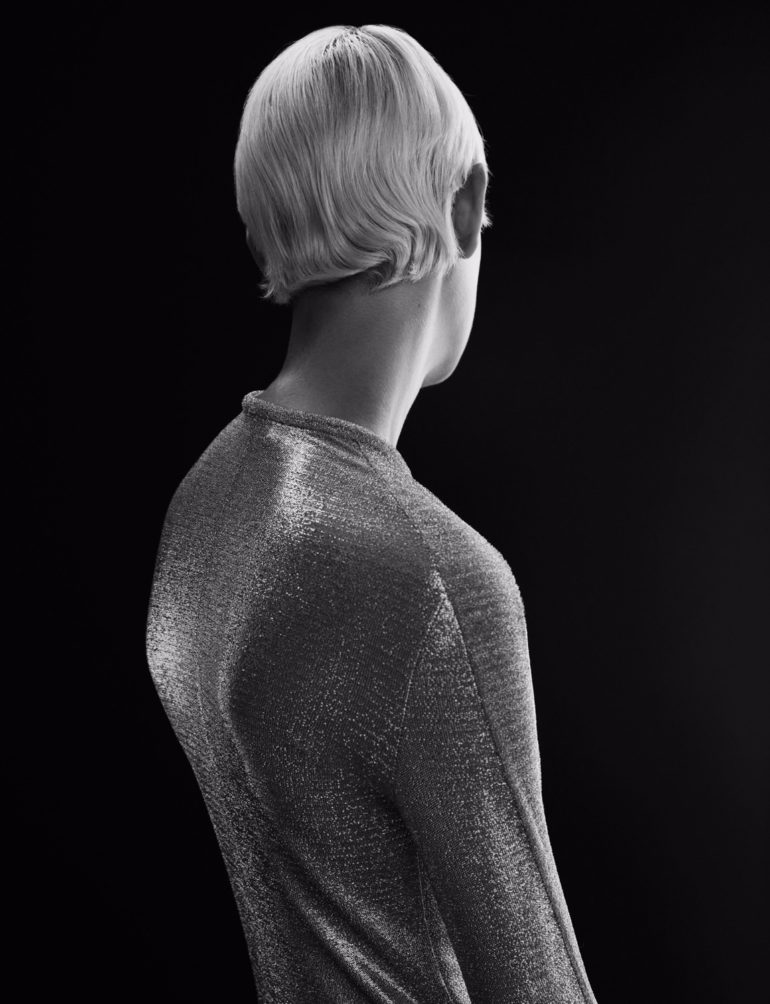 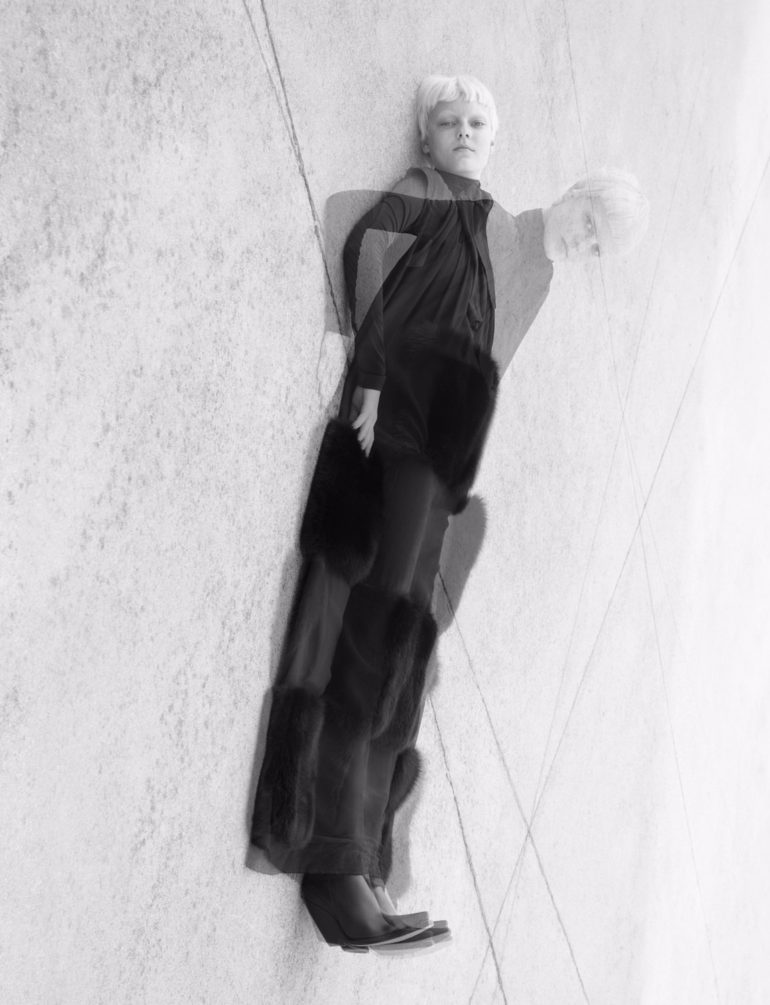 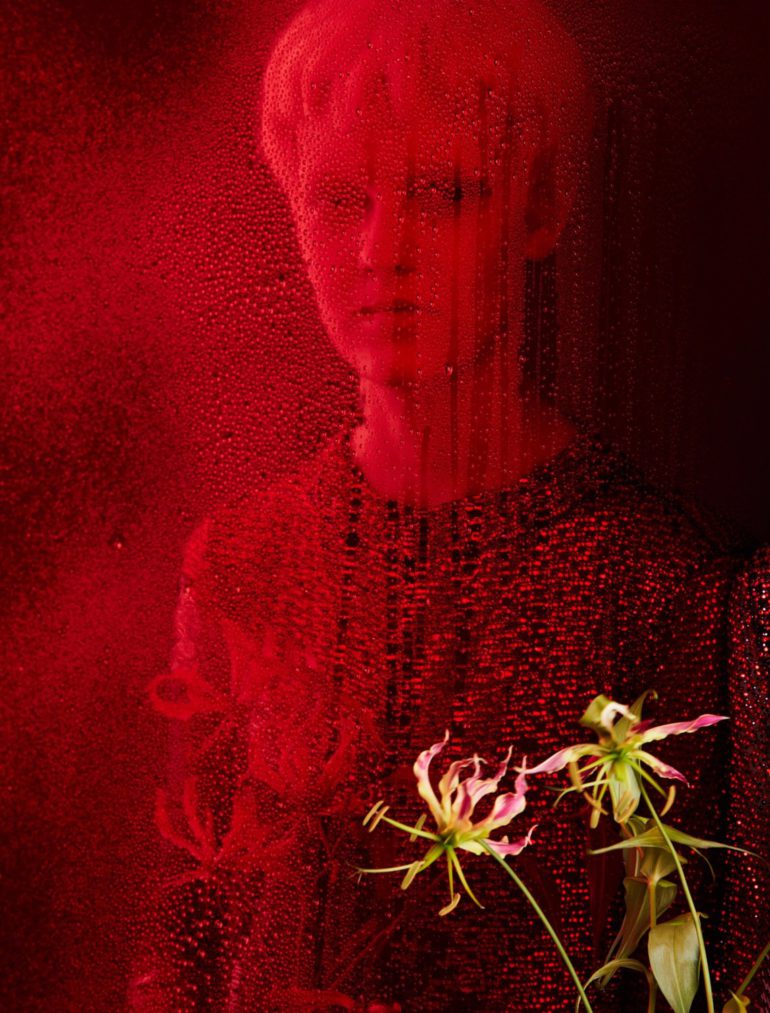 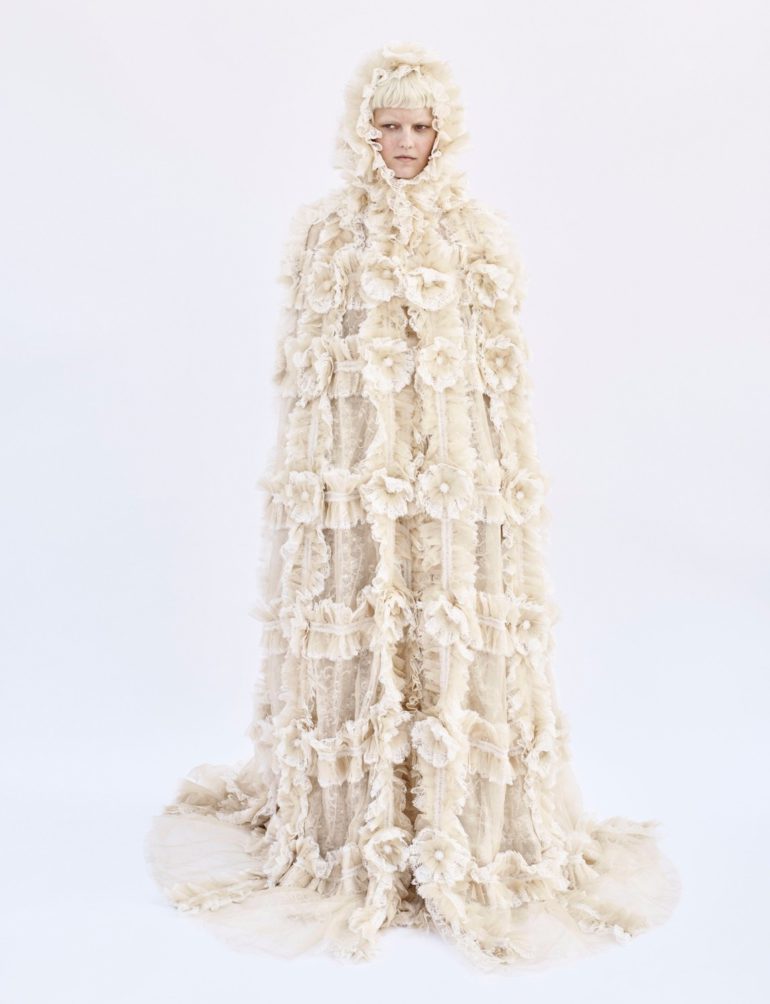 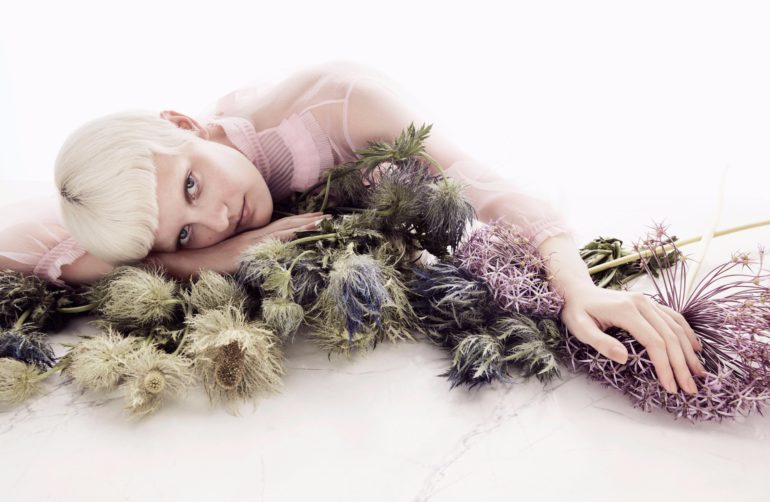 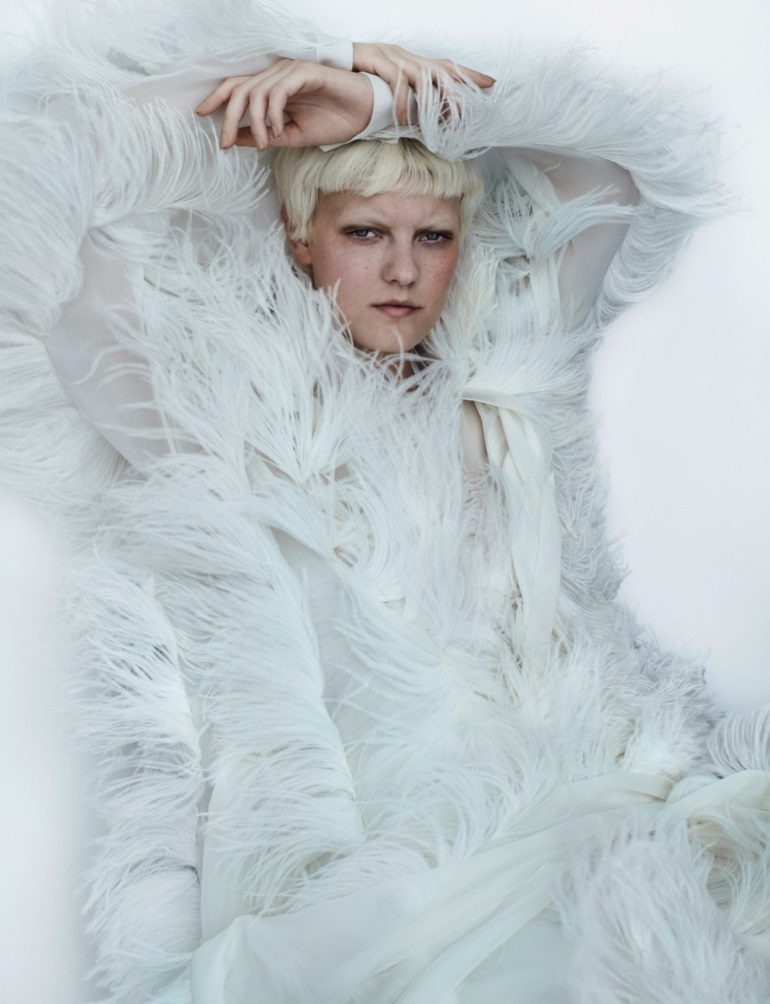 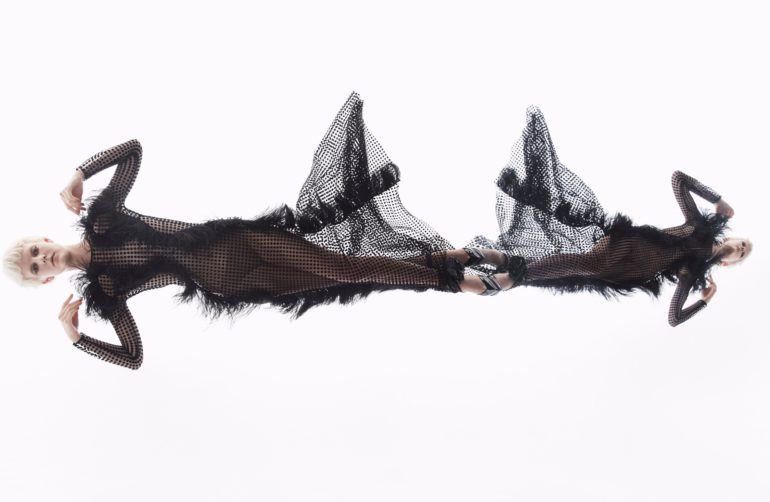 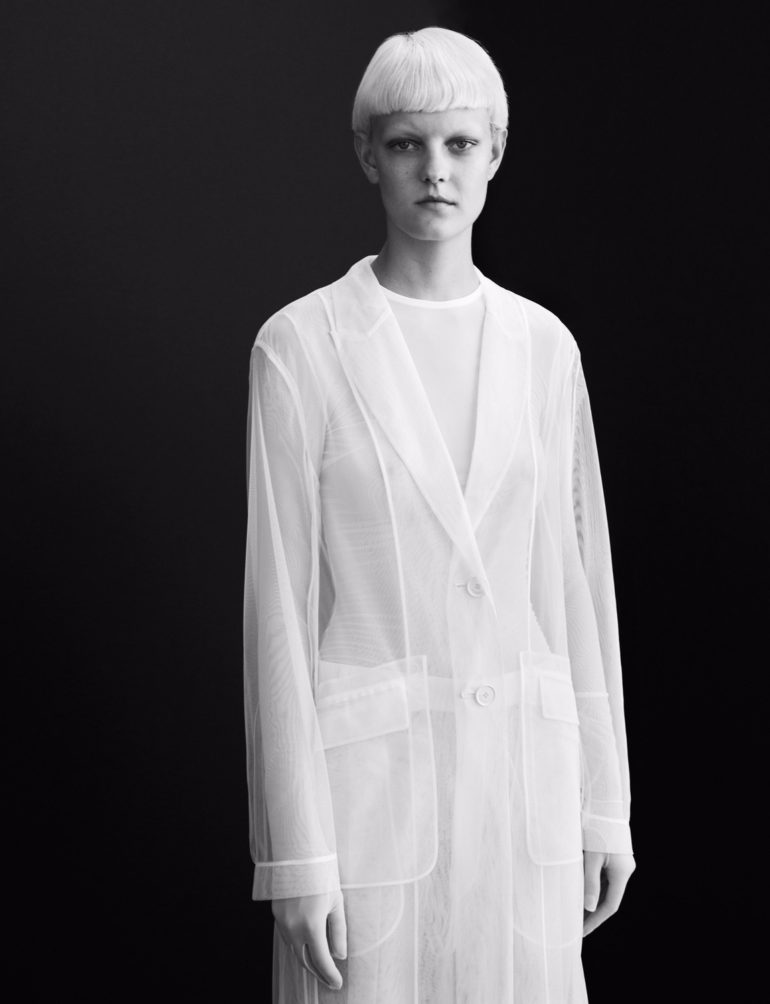 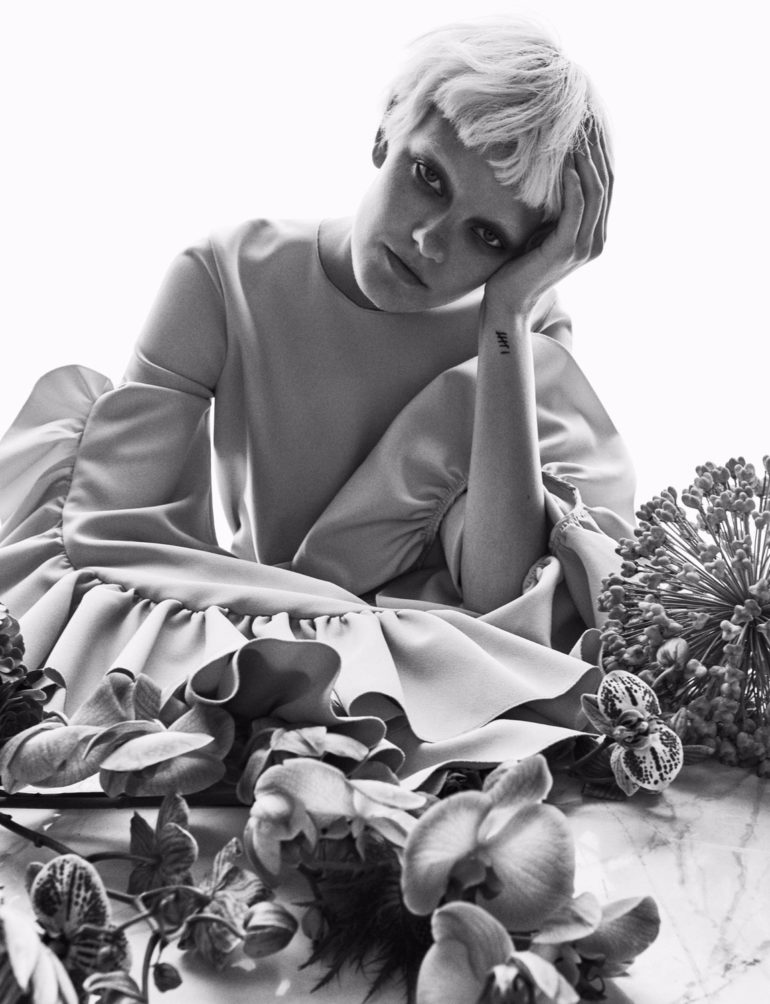 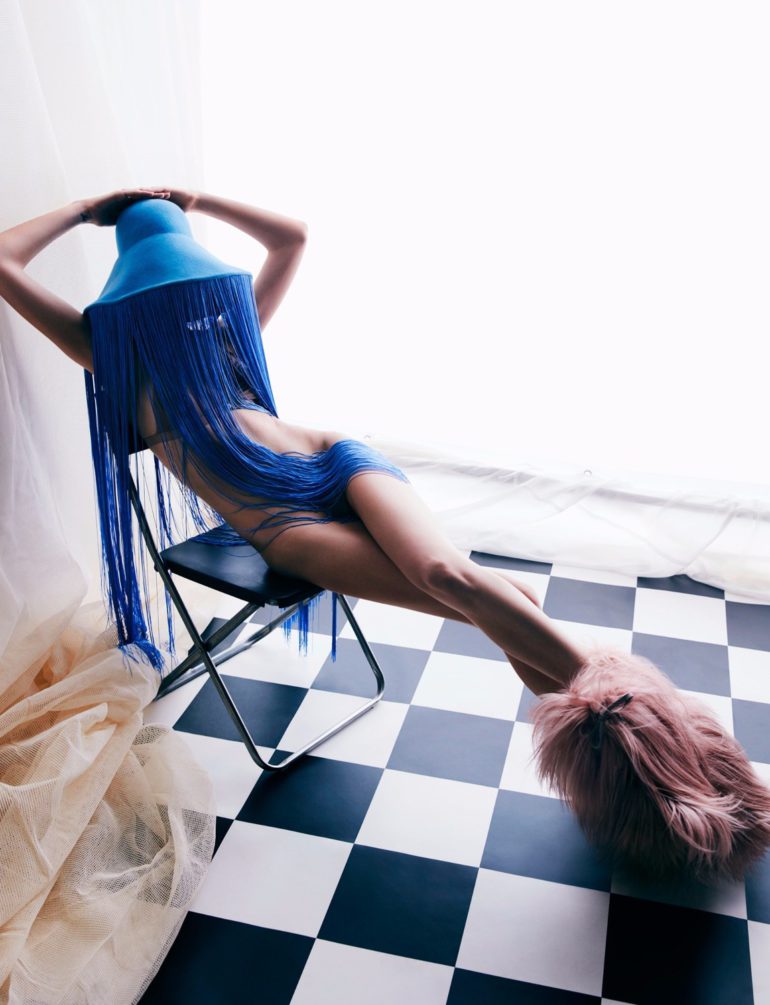