Gigi Hadid Makes Some Waves in “Fearless” by Mario Sorrenti for V Magazine 114, Fall Preview ’18. The Fire of Female Ferocity is Found as Gigi Becomes One With the Sky, Sea & Ground. A Wild Child at Heart… she hits the waves on a spirit daze, a female hunter from whence she came. Call it cocky… call it fun as art and action fuse into one. She hits the Miami shores on a Fendi Sea-Doo, while, tearing up the sand in a monogrammed, Philipp-Plein dune-buggy. Gigi jumps in for a day of play, as it’s clear this girl is living her moment. And, yes, she did all her own stunts. It’s exciting to watch. As a female desperately concerned with women’s rights, it feels good to see… A Girl Go For It!!

Lycra delivers sartorial pleasure, but the star of the show is the sand and sea. Hadid’s long, lean legs seem to stretch across the desert as body-hugging looks amp the cool factor. George Cortina decks her out in a series of high-style sportswear, from the likes of Chanel, Fendi & Versace. Fear is nothing but a four-letter foul, as this girl goes balls out, while still looking beautiful. Excuse the crass verbiage, but sometimes you gotta say it like you mean it. Here, we have one Fearless female on the rise ~ as she rides that Fendi Sea-Doo like a pro.

Kanako Takase swipes stripes of paint across her face like a athlete ready to run a race. Throw away the idea makeup proper, this is a story of mayhem contained. Kanako uses bold features to expose an agro-extreme attitude. This isn’t about the concept of color or even the art of application, this is about finding the music of marking the skin. And, while I concede this is a tale that requires a Takase Twist. Just leave it to this cosmetic champion, as she takes this story based on a sports theme and turns it on it’s head. She isn’t afraid to go big and bold with beauty marked by wild eye-wings and bright lips. The look is compelling. This is one fair lady who will not go quietly into the night, rather she’ll scream as dark turns into light.

The power of privilege has long been a topic of serious exploration. Many believe that with privilege comes automatic power. I’m not one that subscribes to that line of thought. However, I will say, in this instance we are probably seeing years of privilege play out. No shame in Gigi’s game. I’m just pointing out, the only way to get adept at maneuvering such machinery (aka riding a Sea-Doo like it’s nothing), would be a lifestyle that would allow you access to such a toy. Leaving that aside, it is good to see a young female put her adrenaline into overdrive. Catching a wave, the camera pulls back, as we see an airplane flying overhead. So close she could reach out and touch it.

Watchin’ Gigi rip it up, you can almost hear the famous George Michael Song ~ FREEDOM ~ playing in the background. The long, lean lines of her body speak a similar sound, as she hits the waves with the same energy as she hits the ground. Her Chariot Awaits with a revved up gait as her mind is set to run not wait. 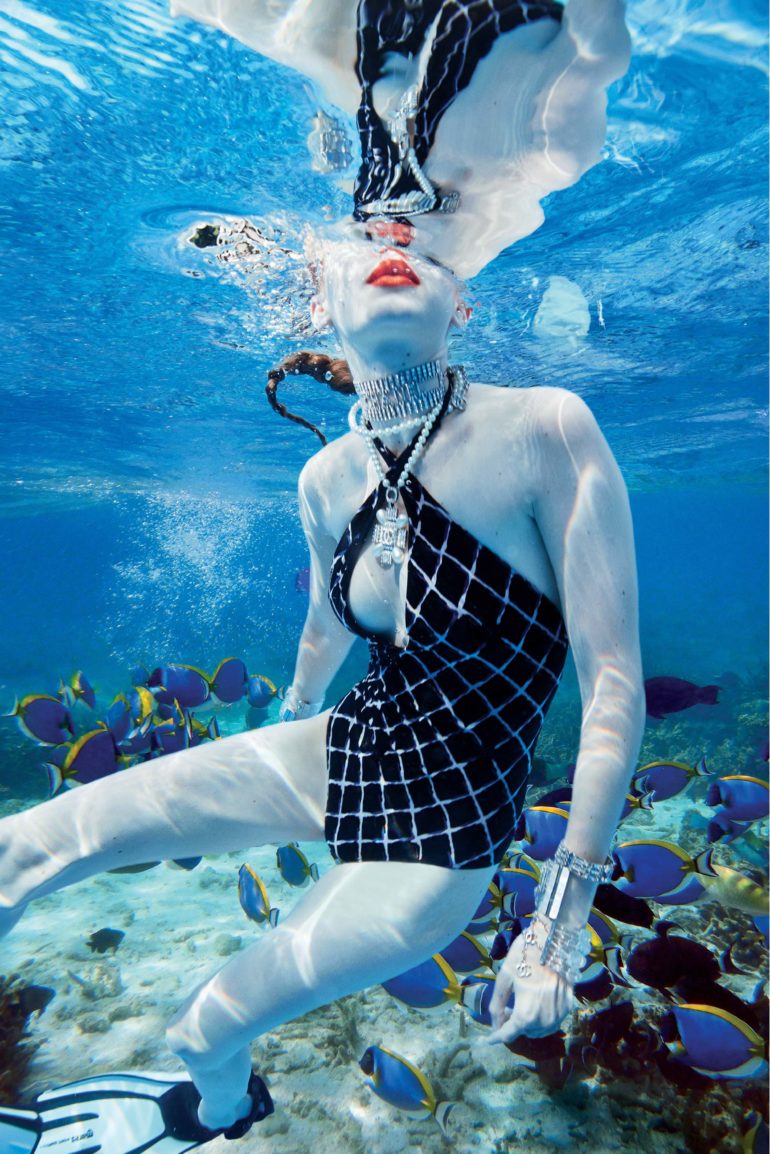 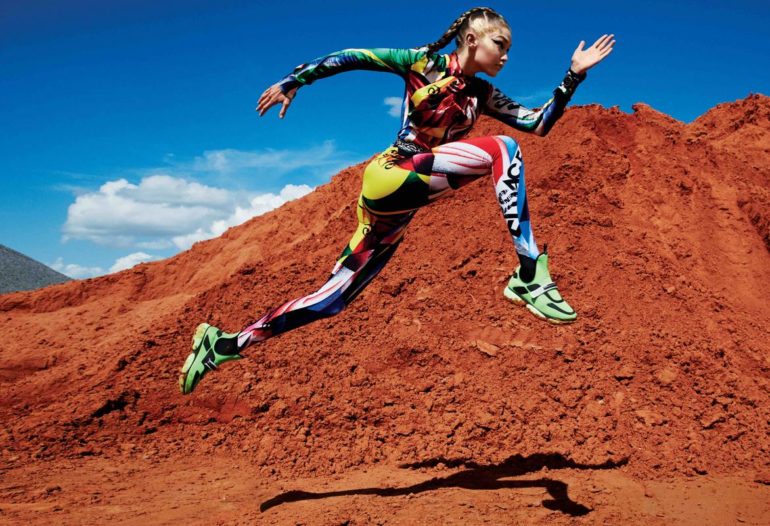 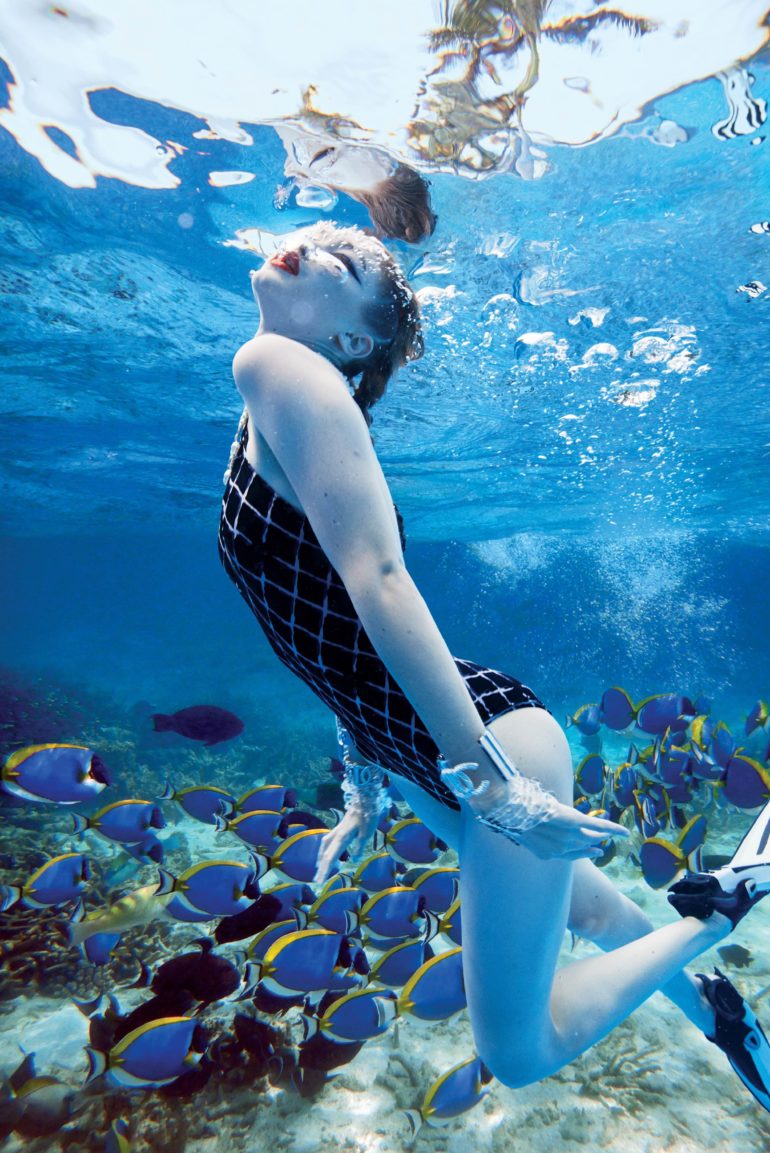 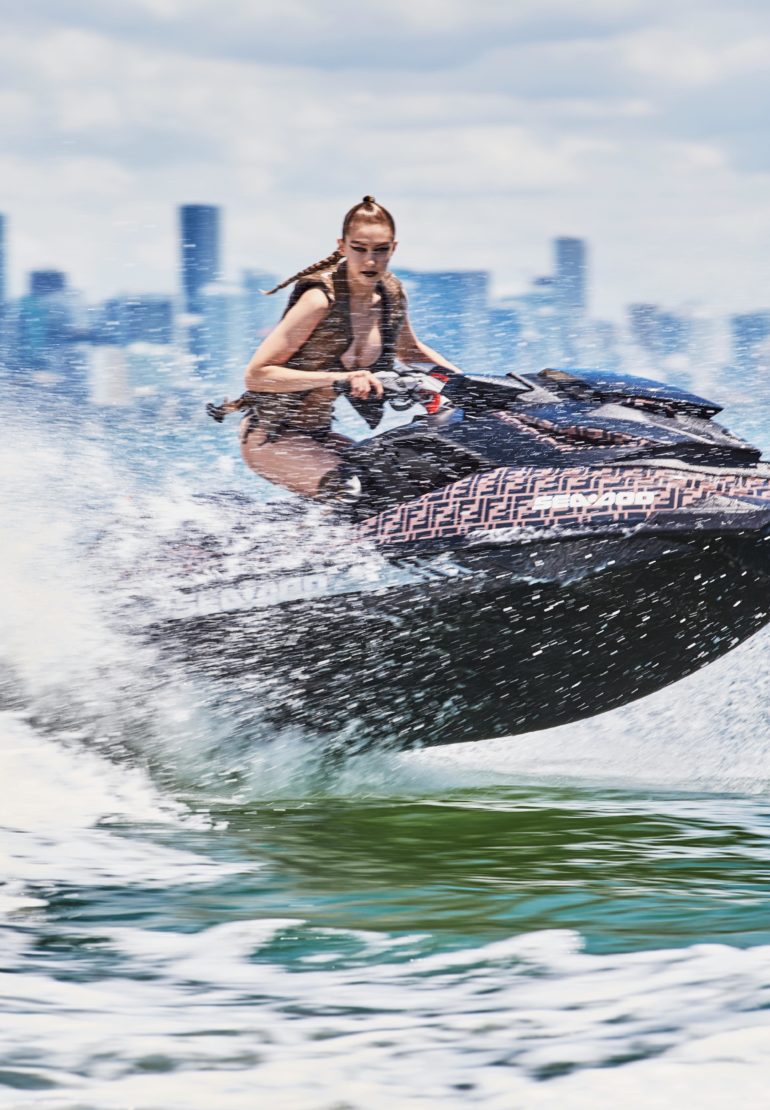 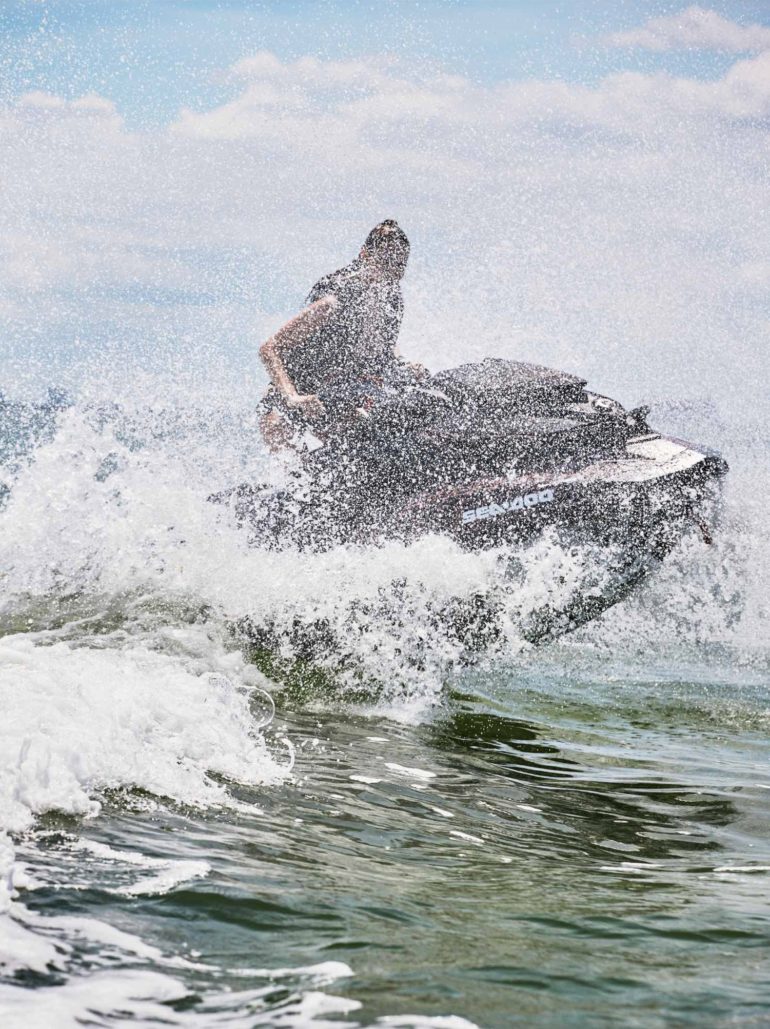 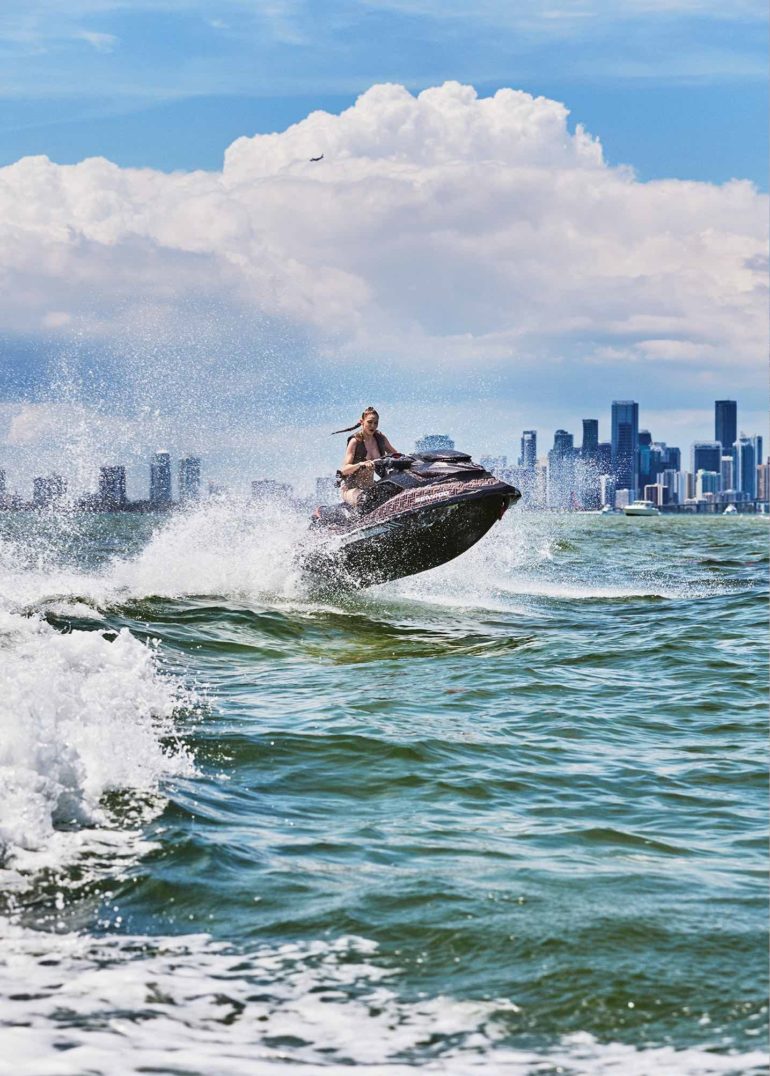 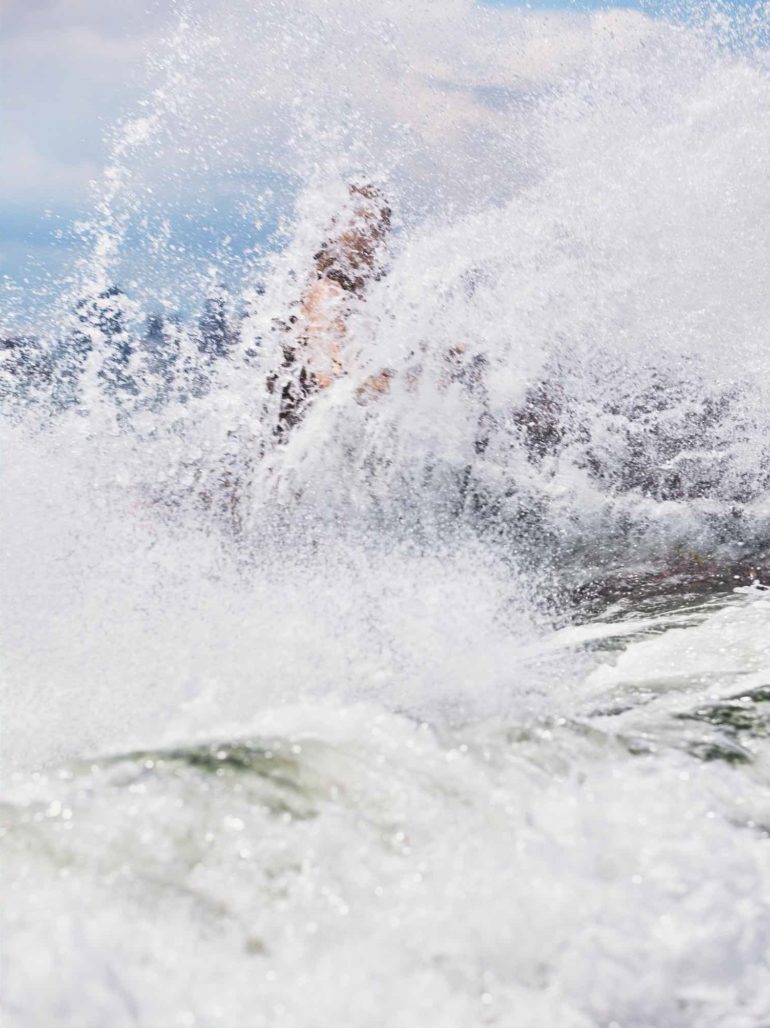 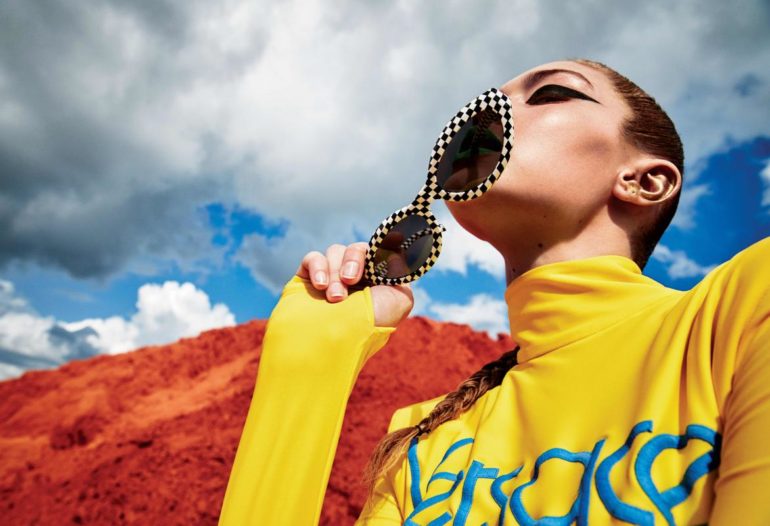 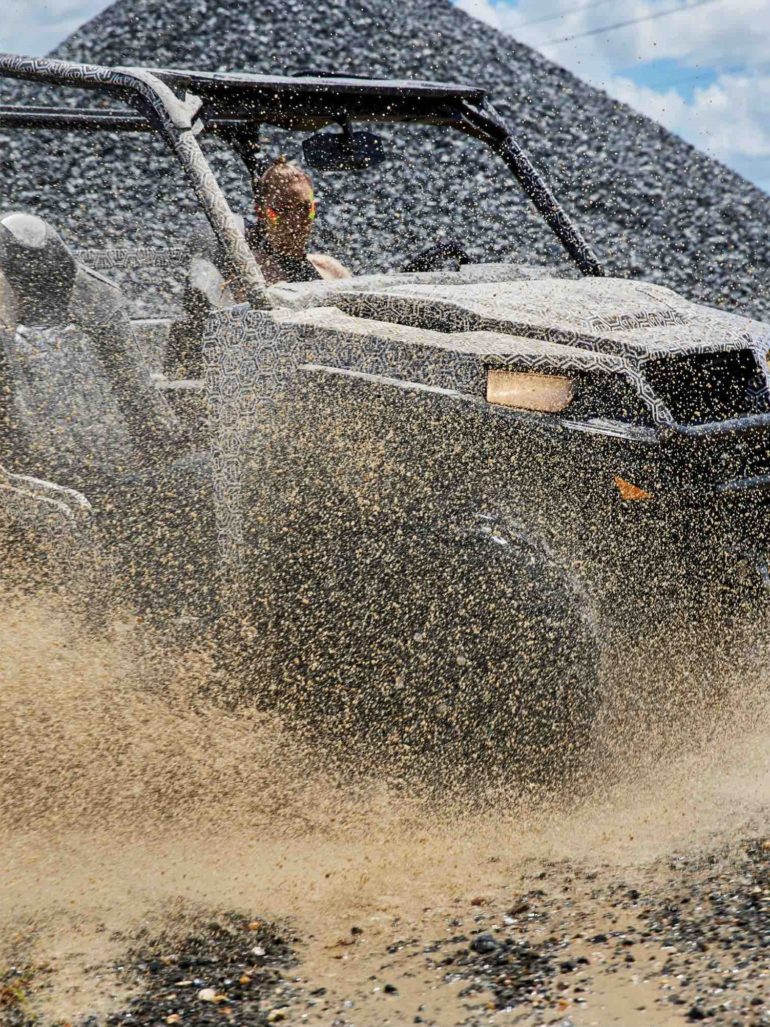 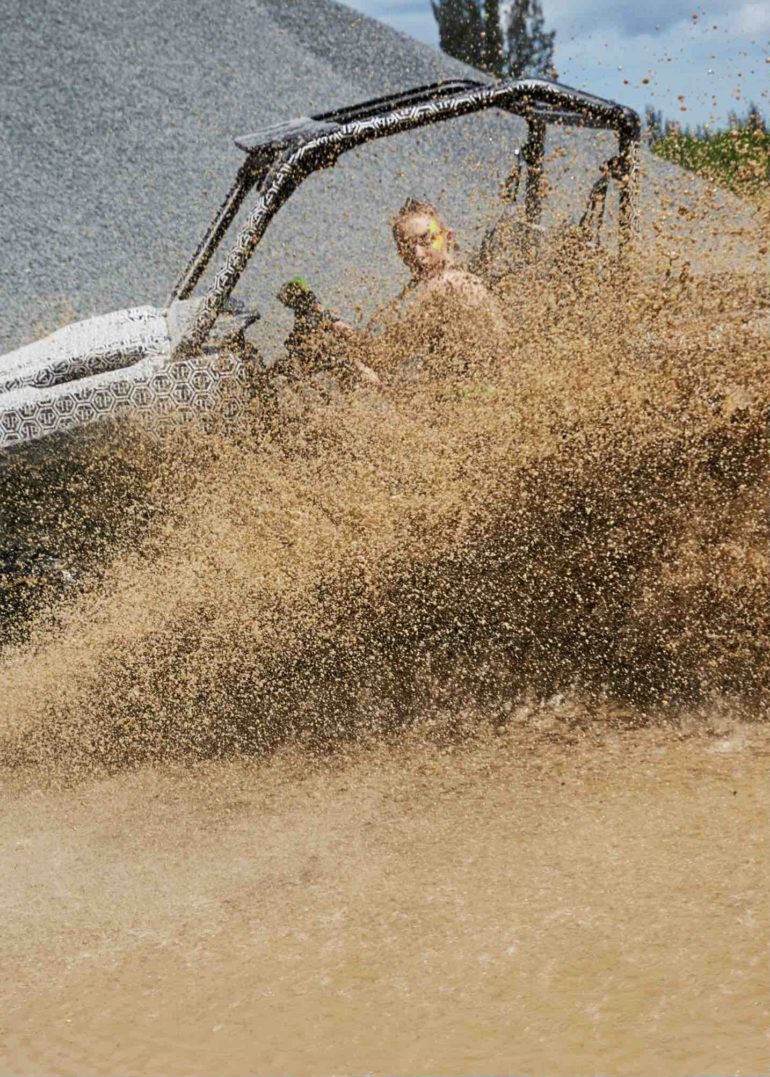 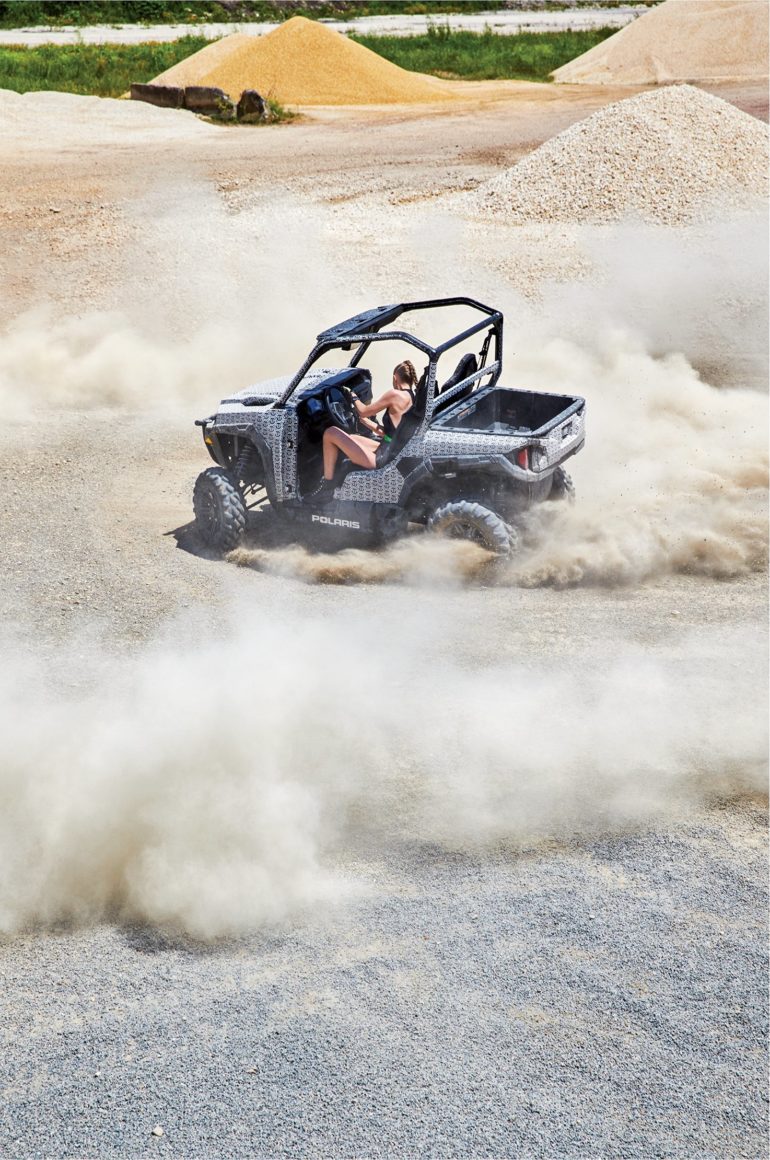 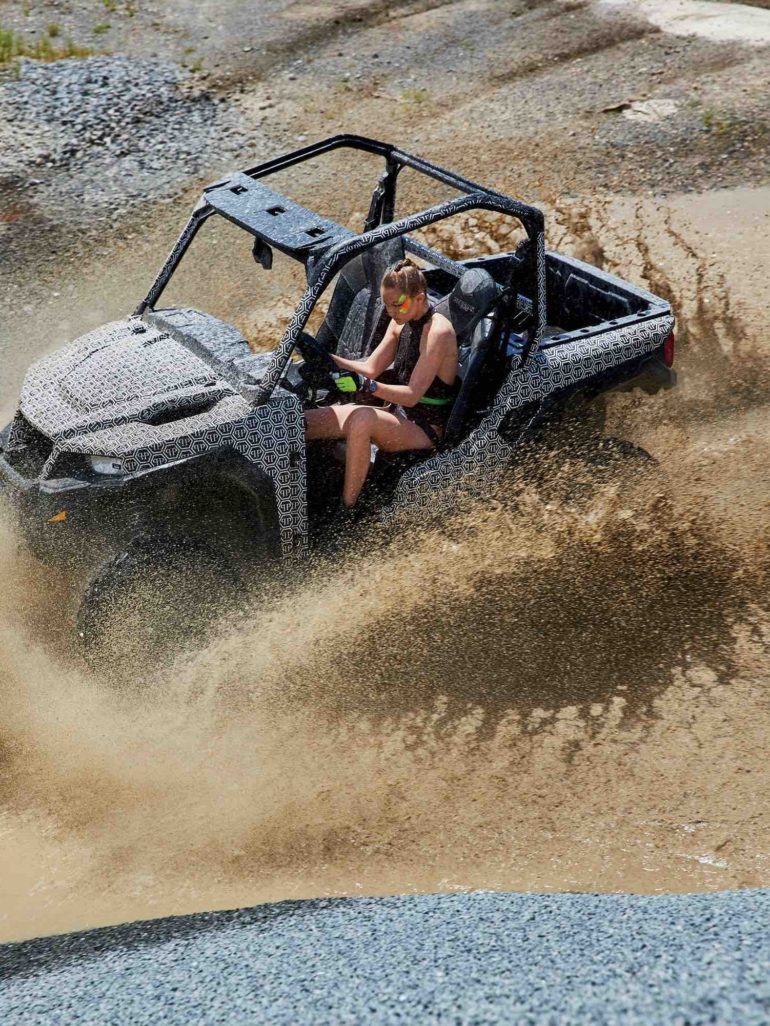 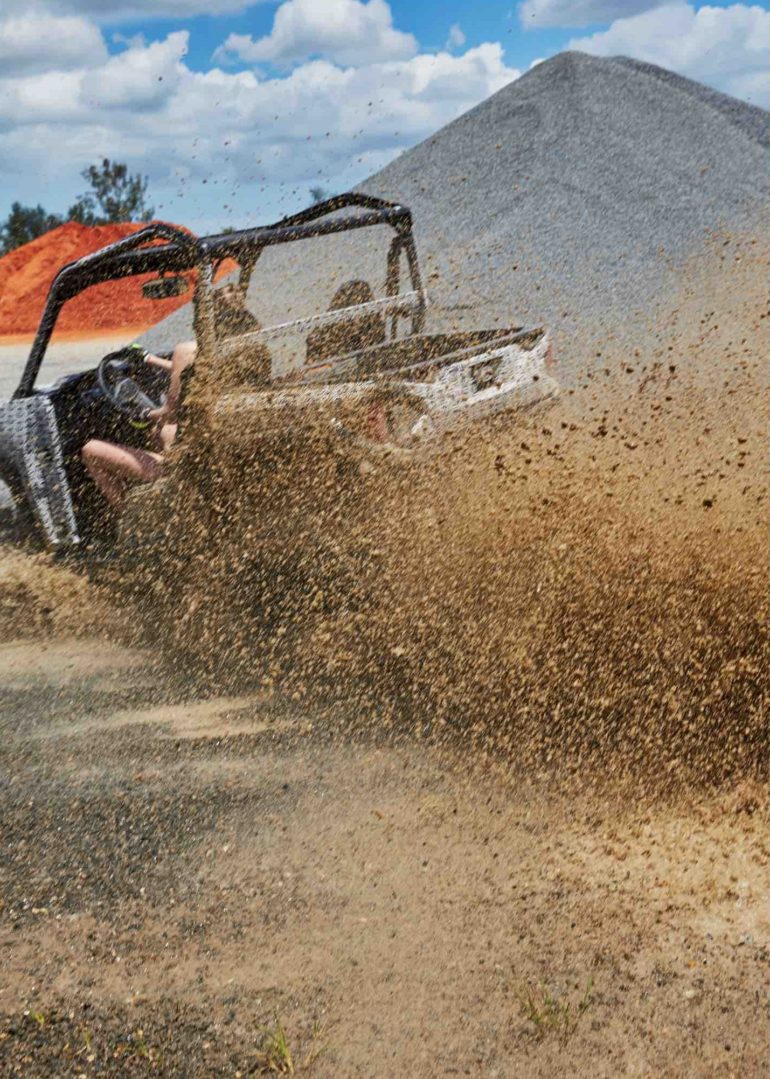 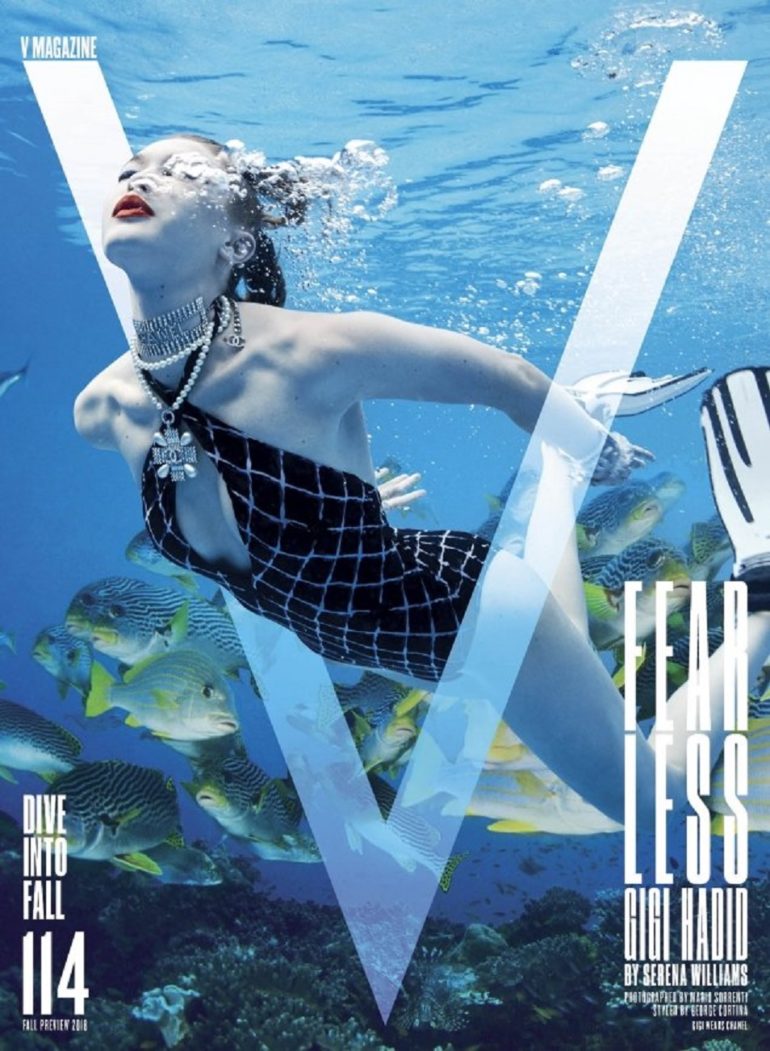 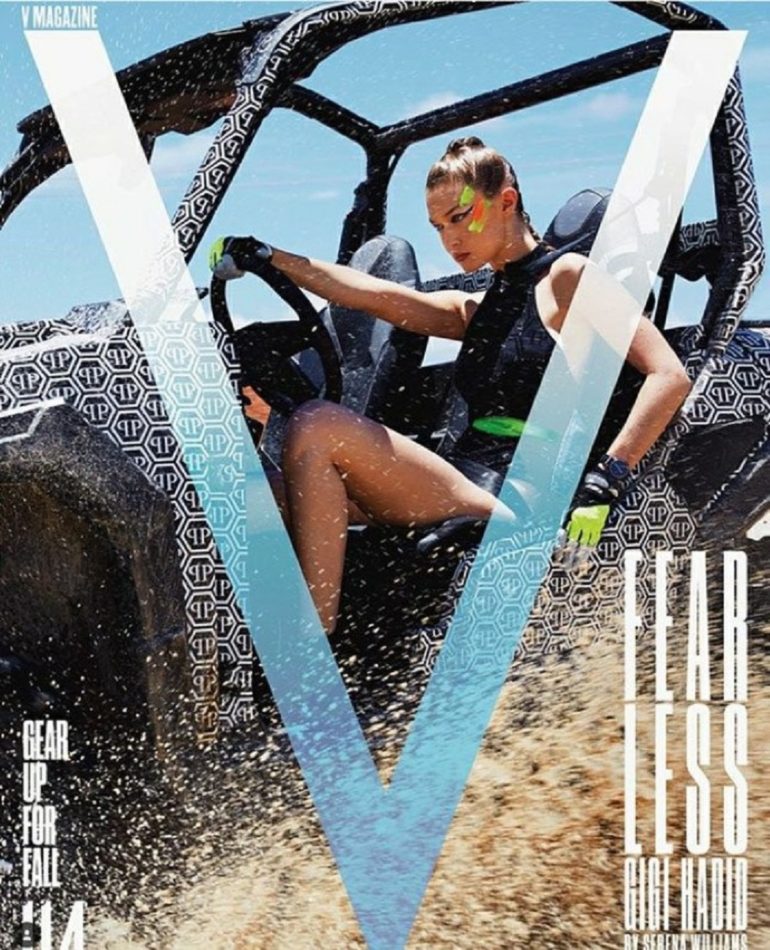 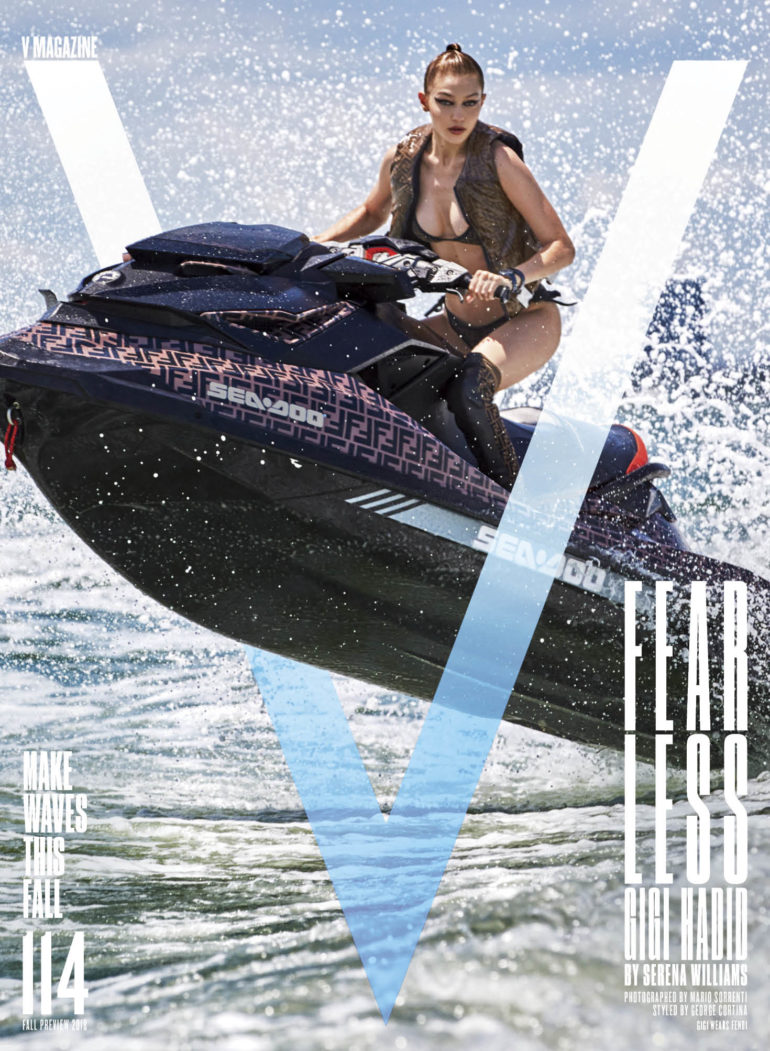 Gigi Hadid Ventures into the Valley of the Dolls, W Mag