Steven Klein Descends On the Upper East Side in Private/Public for CR Fashion Book, Issue 15

Steven Klein Descends On the Upper East Side in Private/Public for CR Fashion Book, Issue 15. He deigns to discover as he dares to uncover the underbelly of this super-secretive society. The Upper East Side should hide as the rise of this alien tribe is here – and taking over. Aliens have landed in an otherworldly take on the fashion elite. Remington Williams, Lara Mullen, Chai Maximus, Jules LeRoy & Ivan Onsha dress as new guards of the bourgeoisie. Infiltrating the world of the wealthy, we witness a monotonous view of the surroundings. Venues for shopping seems to be of critical appeal capturing the neo-cryptic gatherings of these compelling creatures. Stepping inside the mind of Klein is a poetic trip to take. His works both expose/embrace this high brow community. A combination that provides a kind of unique distinction for this extreme lifestyle, hearkening back to a time of debauchery. We had survived the all-out insanity of the 80’s, only to find ourselves stuck in the darkness of the 90’s. What this would provide was a launching pad for designers to dabble in darkness. Come on in… the water’s warm. Some would dip their toes in for a visit, while others would wade in… deep. Enter Steven Klein. He takes a mental machete (so to speak) to main street to cut out the inconsequential in an attempt to get real. Combing the dark world of haute couture with subdued styling’s of high fashion proper. Here Art Thrives on the Upper East Side.

Avant-garde extremism plays out, as Carine Roitfeld offers up a medley of manic fashions that range from prosaic to posh. High style never looked so divine, in this playful take on the pompous players of the 5th street chic. Aliens have landed as we voyage to the Upper East Side. This story bares down on the idea of infiltration, exposing us to the nebulous underpinnings of the socially elite. We peak behind the walls of the wealthy in a tale of too much never being enough. Distinction is found in this creative content surround. The streets are alive as they vibe with packs of these obscenely, rich woman. Ever Wanting More They’re as Committed as the Orgasm They Faked the Night Before. Boredom feeds off these Botox queens, the lucky few who are born to breed. Anyone unlike them is seen as an alien, so, to that end this story plays appropriate. Then, as if to offer us a way out, we are given a new view. An opposing view. Gorgeous creatures appear, walking among us. All is equal albeit their large heads and purposely skewed makeup. Gettin’ down/dirty, these outer-space hotties roll around on the ground for a lil’ girl/girl alien action. Daring and divine this reads like vintage Klein, with in-your-face fashions that never looked so fine. This is decadence with a little dirt (just the way we like it)!

The prosaic peddling of plebeian pretty has gone away as we aim to explore a new world order. Paint falls over the face, dripping down the center like a Basquiat Painting. Chaotic colors collide as Kabuki puts his stamp on the story. A yellow/green masque flies up the sides as pink erupts like tears crying out the eyes. This haute creation is highlighted by a baldness that beckons our attention. A coiffed wig adheres halfway over the head with curls that capture a vintage vibe. This dynamic fusion of outdated curls, with a forward expression, gives a sense of unexpected symmetry. Julien d’Ys, creates sculpted looks that echo the era of the 40’s. Drama is done with a twist. An abridged version of the 40’s Victory Rolls are combined with hair gathered atop to infuse volume, and pin curls affixed to sides. Baldness never looked so beautiful as alien creatures are caste amongst the crowd. Blossoming flowers provide a living hat, balancing the faux nature of the wigs. Coiffed curls come into view starting half-way back on a perfectly, bald head. These big headed beauties get their name from wigs that sit far back on the scalp, making their foreheads appear extra large.

Beauty beckons a reawakening of our spirit. Don’t treat my process like a flat panel display. Art is a moving medium. It isn’t meant to be viewed on merely a page. This isn’t about appropriate behavior or rational reactions. This is about digging into the depths of the design soul. Making room to expand the mind. This is a creative construct. We venture into the valley of vapid, where the virtuous underpinning of inanity play out. Artful aliens pummel pretty exposing the underbelly of this pristine spot. Perfect is as perfect does. To get an unobstructed view we have to walk through the sludge of society. This is an assault on the senses. Not for the faint of heart, who’s only thrill is to draw within the lines. Decency reveals itself. It is a defiant step toward truth. High fashion is portrayed with avant-garde excellence in an editorial aimed at redefining artistic guidelines. That is the exquisite nature of this pictorial fantasy. I watch this display with appreciation. We owe it to ourselves to witness such extremes. Intentions are measures taken but not acted upon. To exhibit one’s ideas like a showcase on parade doesn’t allow for the act of deferential thinking to be engaged. A kind of defiance that we know is alive inside these neighborhoods. We are an evolving people. Walking on streets so clean we could eat off the cement, this story celebrates the high fashion’s infiltration of the Upper East Side. 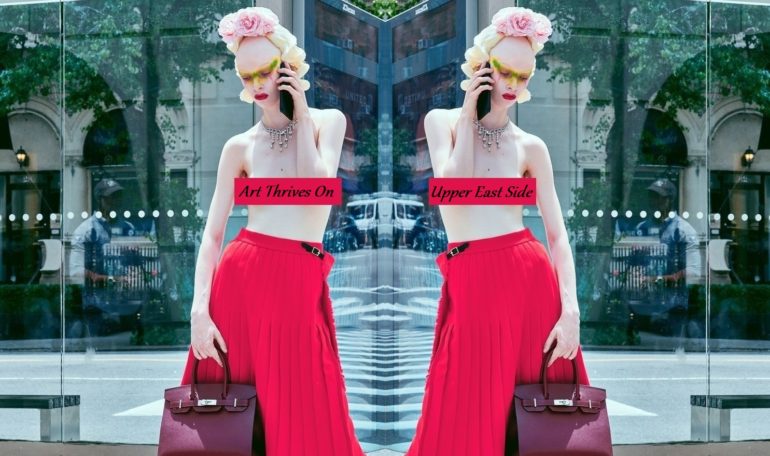 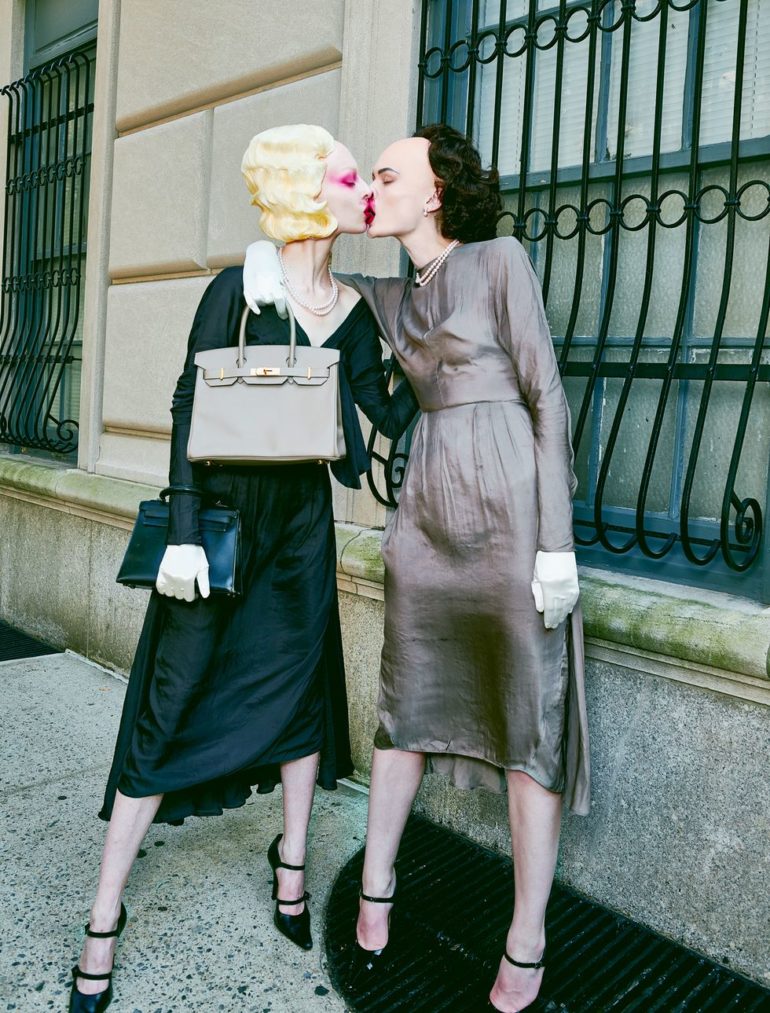 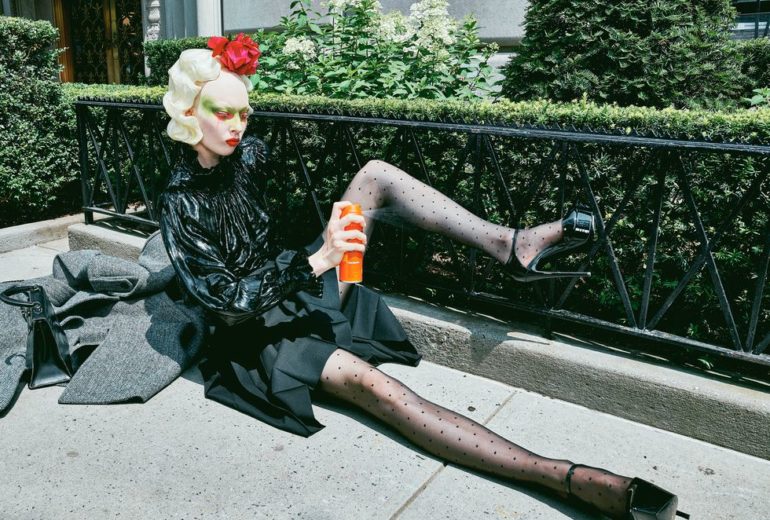 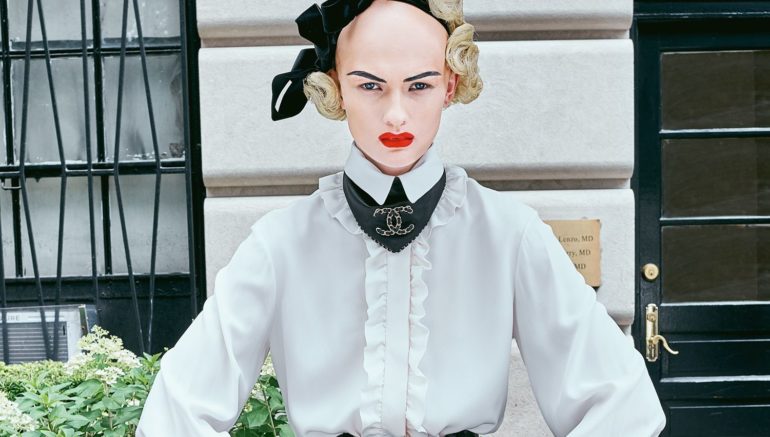 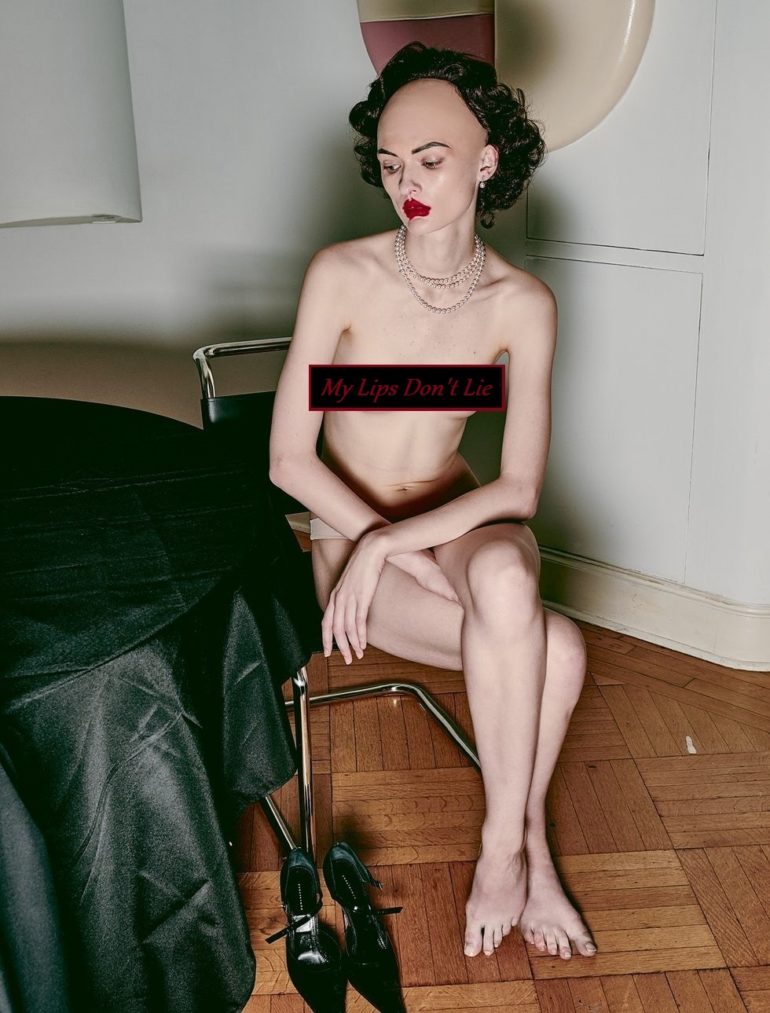 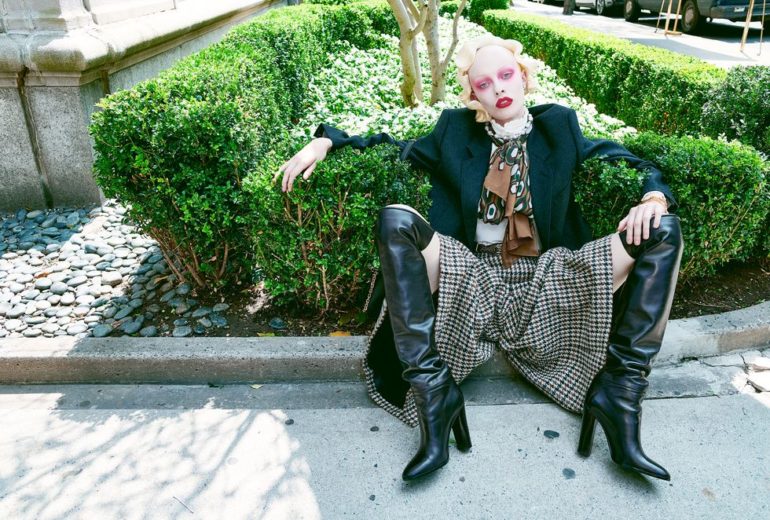 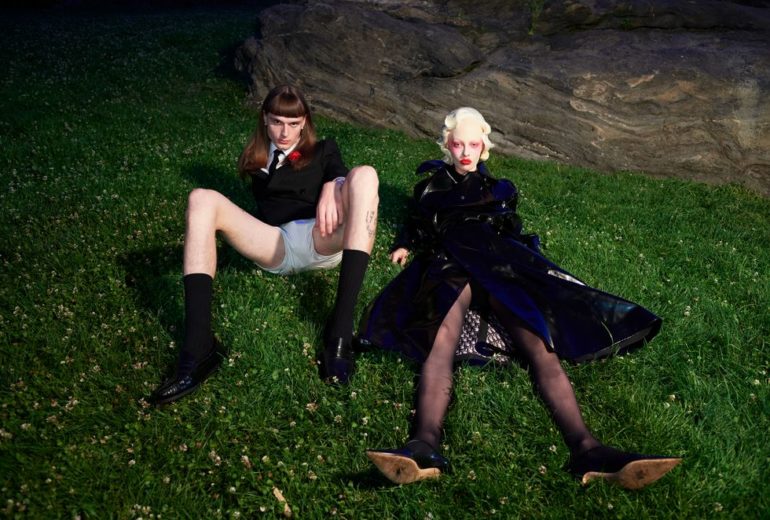 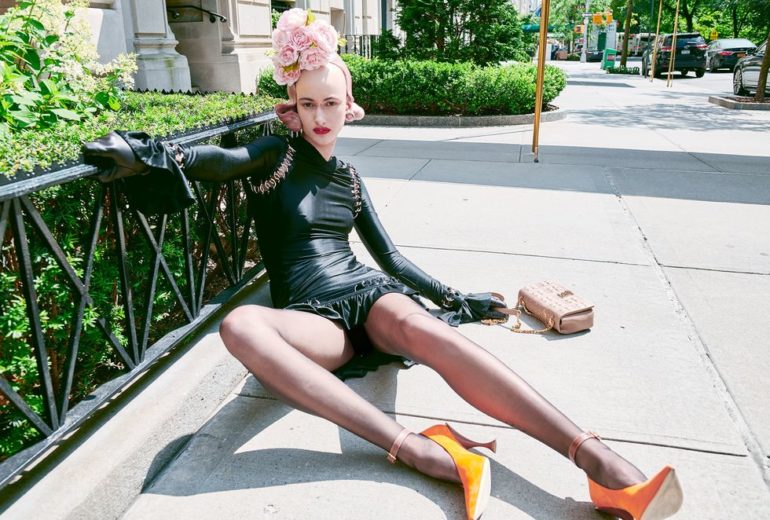 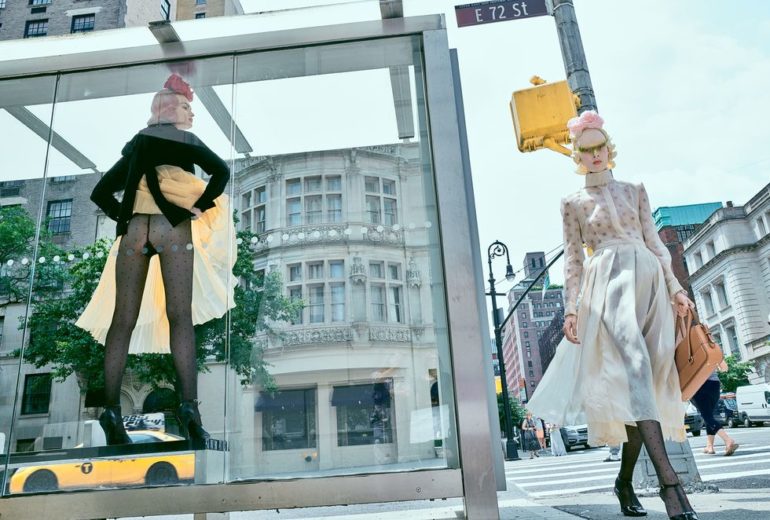 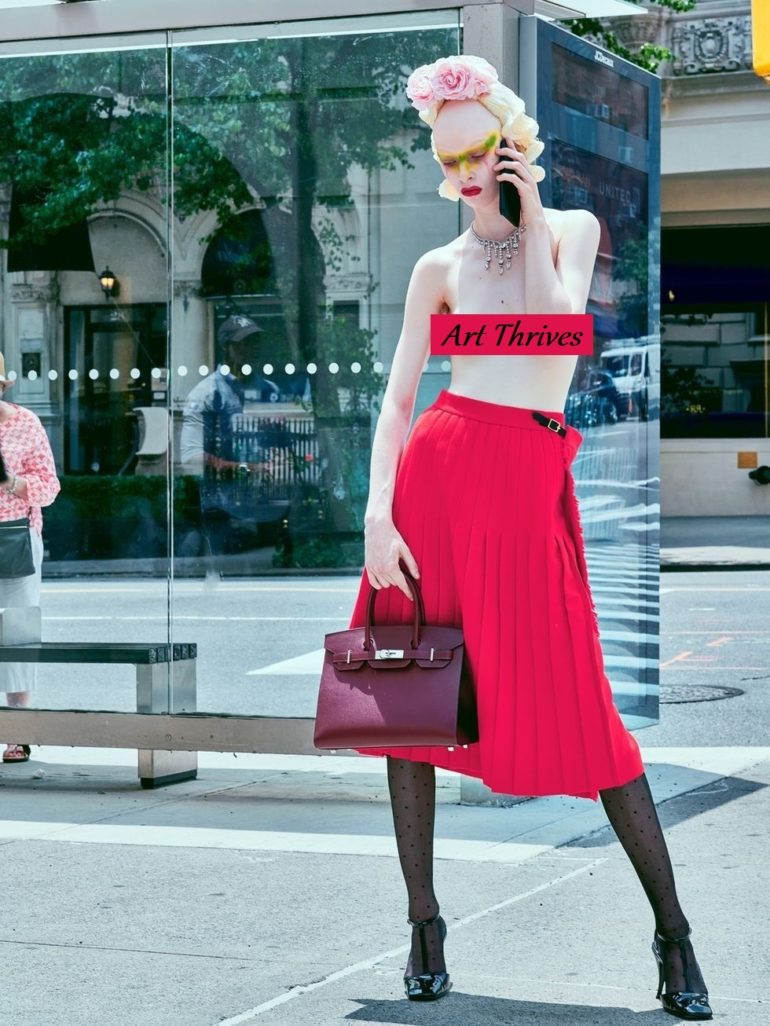 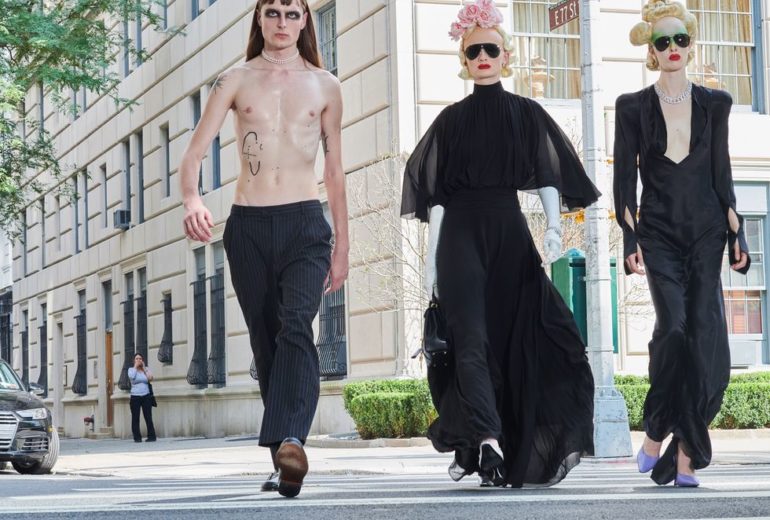 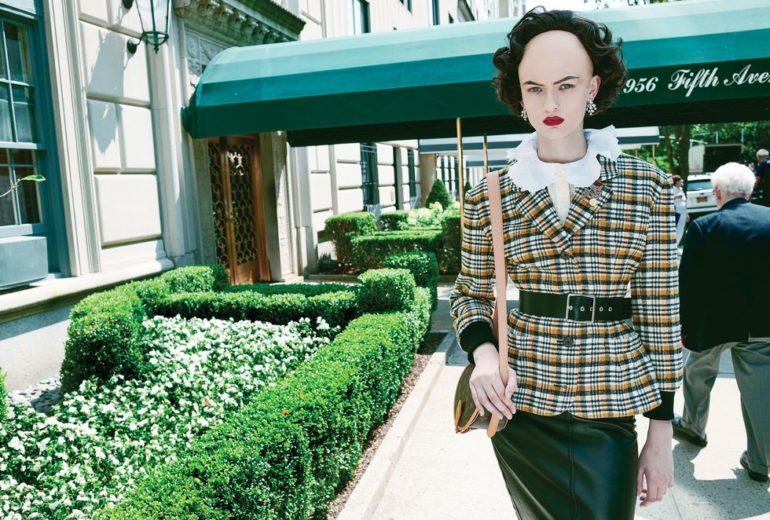 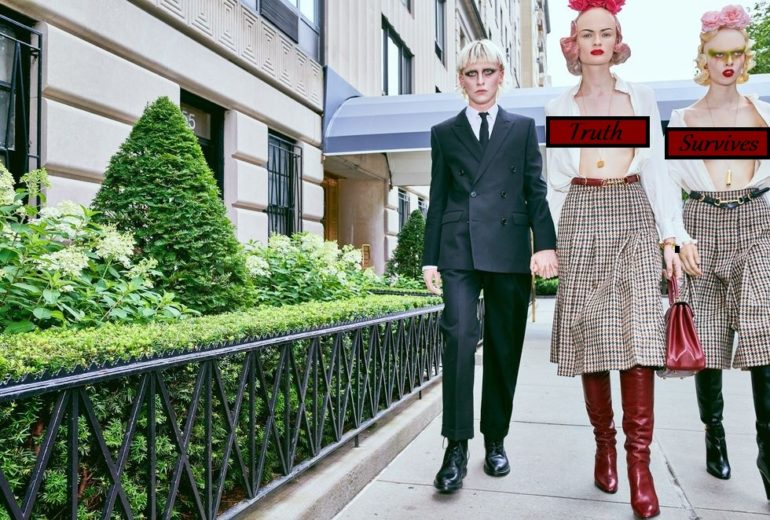 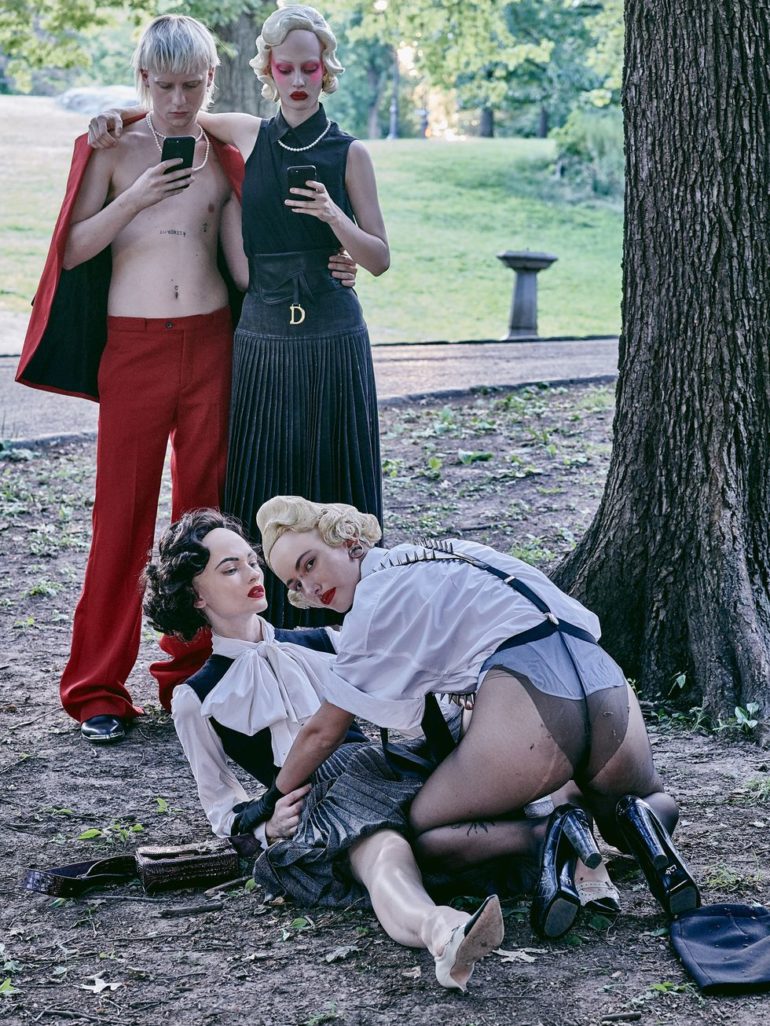 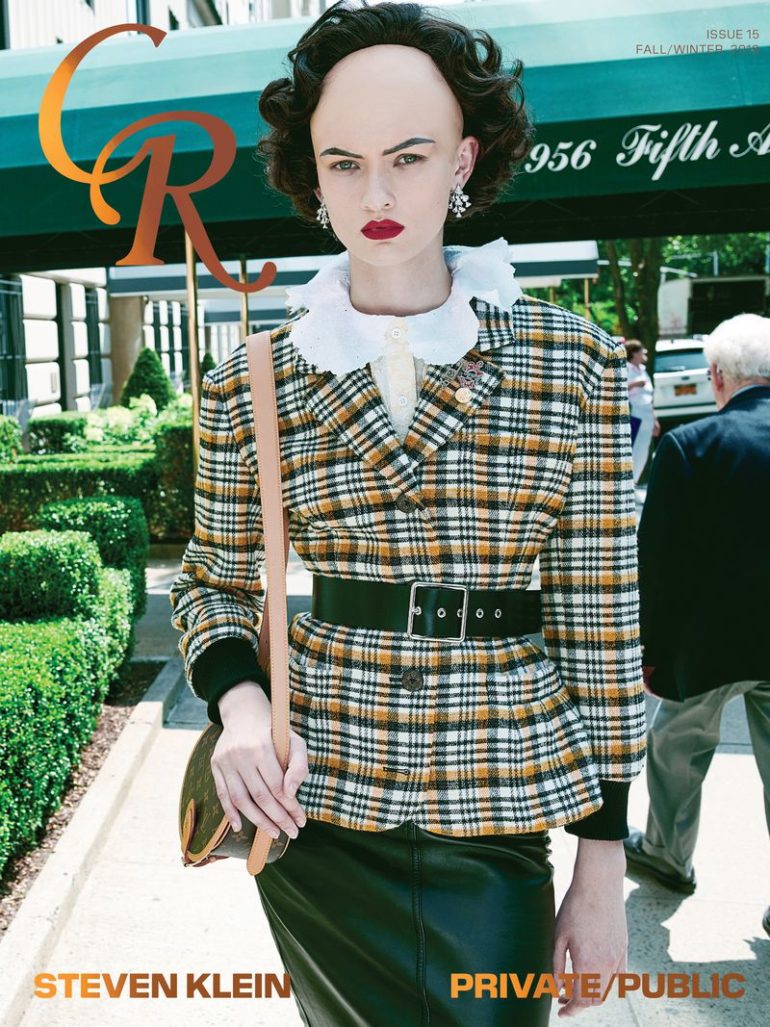