Lucas Klinge in ‘the crafted’ a captivating cover that’s artfully composed by Sarai Mari for Lampoon Magazine Issue #19. In the borough of Brooklyn in the state of New York, dancers descend upon the famous amusement haunt called, Coney Island Theme Park. This is a celebration of the strangely seductive. Artfully embraced, each image is alive with pride and power. I feel inspired to just view. In a vast enclave of the evocative, we see that beauty basks in the great unknown. This isn’t just about pondering the pretty or gorging on gorgeous. This is an opportunity to revel in the riches of reality. To delve into the depths of truth. To breath the aire of the anointed. We can unite as we collectively discover ourselves.

Kim Howells doesn’t shy away from nostalgic styles, instead she goes all in. There’s a distinct 80’s vibe that rides throughout this story. Billowing fabrics allow the aire to fly free as Lucas lets the wind catch the edge of his jacket. His sinewy body moves in fluid form with pieces of his knit scarf tangled in his lifted arms. The image is exquisite. A moment in time. His bare chest is exposed as the green yarn wraps around his neck, giving it a frame like appearance. Live-Art is a spectacle when done with purpose and passion. Here we see both entangled in a kind of free-flowing way. The echoes of the past emanate through the page as the words of Federico Fellini fill my head, “There is no end. There is no beginning. There is only the infinite passion of life.” The future is alive with vintage pride, giving rise to the era of the Blade Runner. Black, patent-leather clings to the skin while the famous bra-cones stick straight out, a la Madonna. Fashion finds it’s way back to the future in a series of styles that scream to be seen.

Ayami Nishimura uses the face as a palate for pantomime. Lucas Klinge is the driving force of this divine tale. Wearing distinctive makeup, he embodies the aching beauty of a Harlequin character. However he is no Pierrot. His skin in covered in white with a charcoal tone covering his lips and surrounding his eyes. The lines bleed out as a cast of colors come into play from yellow, blue, pink and gray. This assortment is seen around the eye area as it bleeds down the nose and tops off the cheeks. A hue of bright blue surrounds the dark mouth giving the lips a look like they speak in only tones of depth. His body contorts as he twists and bends out of normal shape. Ayami’s makeup calls to a time gone by. A nostalgic tone that takes us into another era.

Inside a Frame the Face Shall Be… Living in the Walls of Infamy… Dancing Here to There and Well Beyond… This is a Story Where Truth has Spawned. His skin is saturated with a deep, tonal blue and tinged with a hint of yellow around the edges. The look is daring and distinct without being menacing. Quentossential’s features have a poetic quality that allows the rich, all-over color to not overwhelm his character. Instead, it gives rise to a kind of ethereal being. Maki Kitahara is a dancer extraordinaire as we see the outlines of her body cut against the backdrop of the park. Her right leg comes up just as a band of birds take to the sky. The image is captivating. True beauty is found in the forgotten. “At the boardwalk there is an elegant patina of decay and a palpable sense of Americana. The neon signs at Nathan’s fairly ooze nostalgia.” The echoes of the vaudevillian performers are seen extreme here, as each expresses themselves in honor of The Craft. Not an editorial, per se. This is a tale of too much. When excess is accessed and truth is told we find ourselves falling into the fold. Lucas Klinge, Leila, Maki Kitahara, Quentossential come together in Coney Island as they take over the park. Dancers and models work in agile format take to the stage, as it were, in the brilliant setting of Brooklyn, New York. 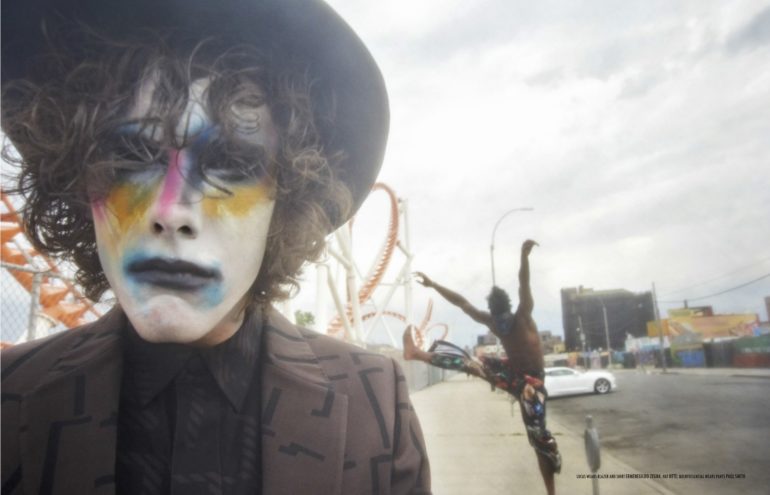 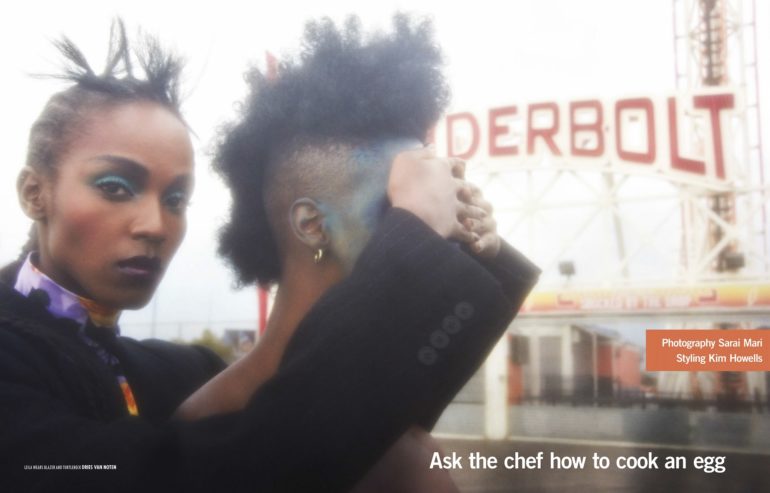 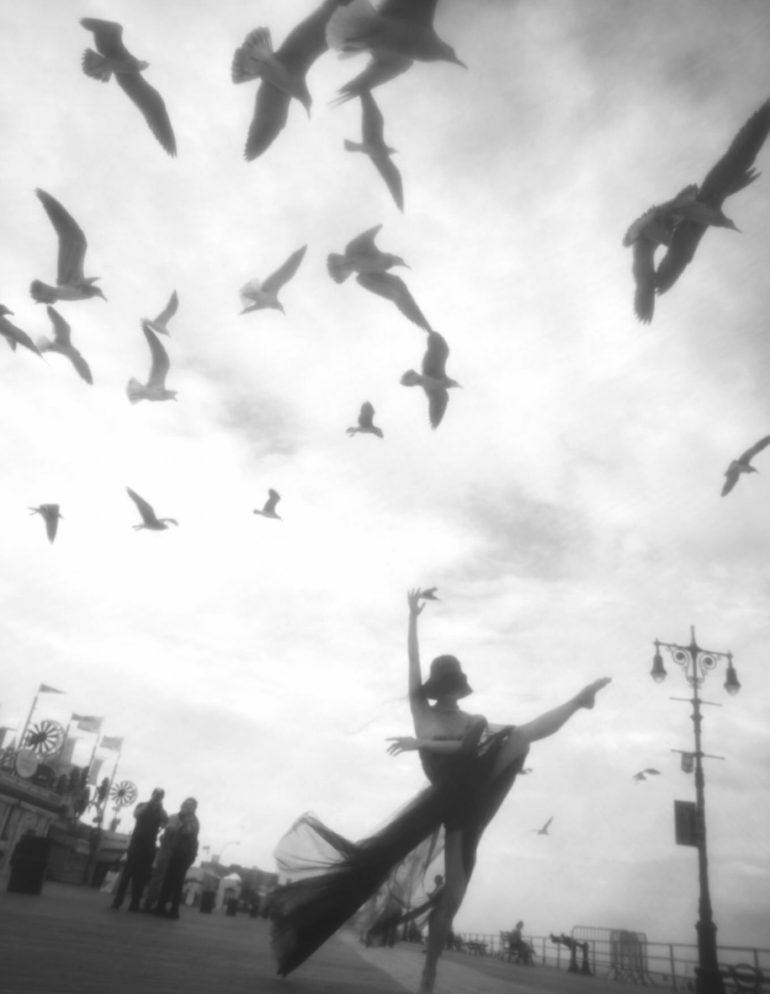 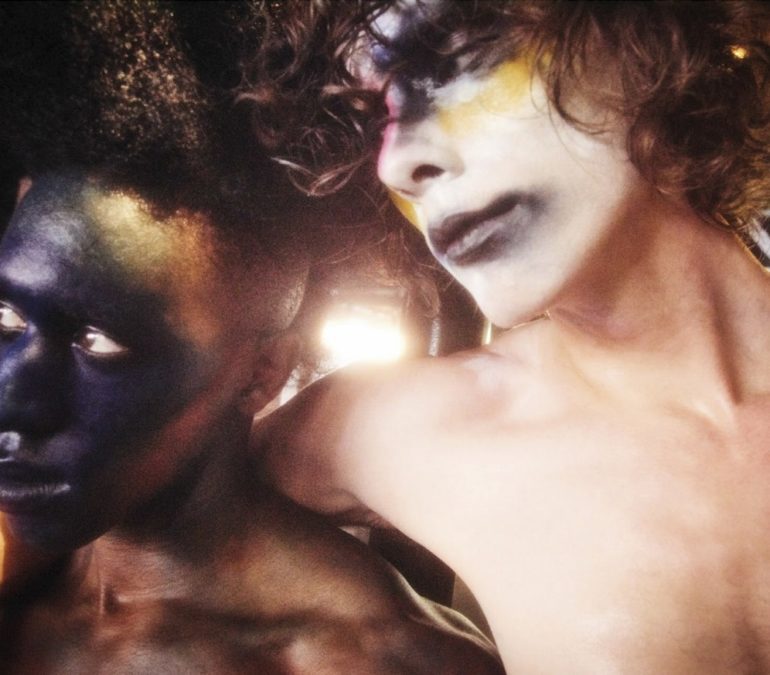 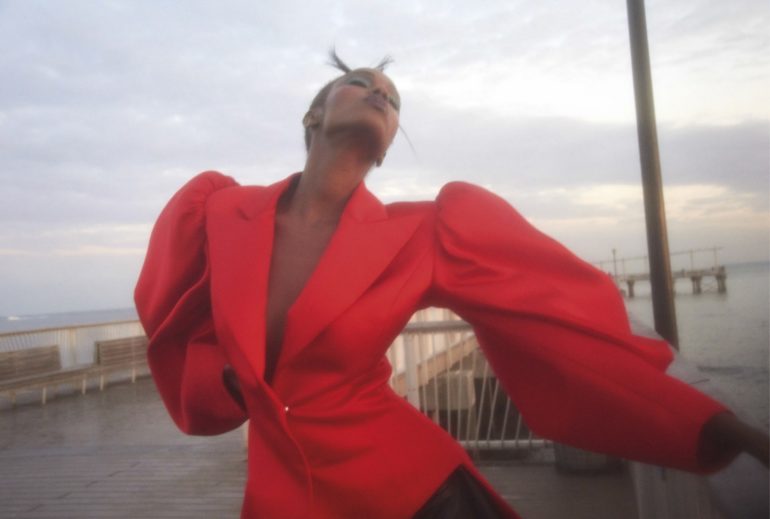 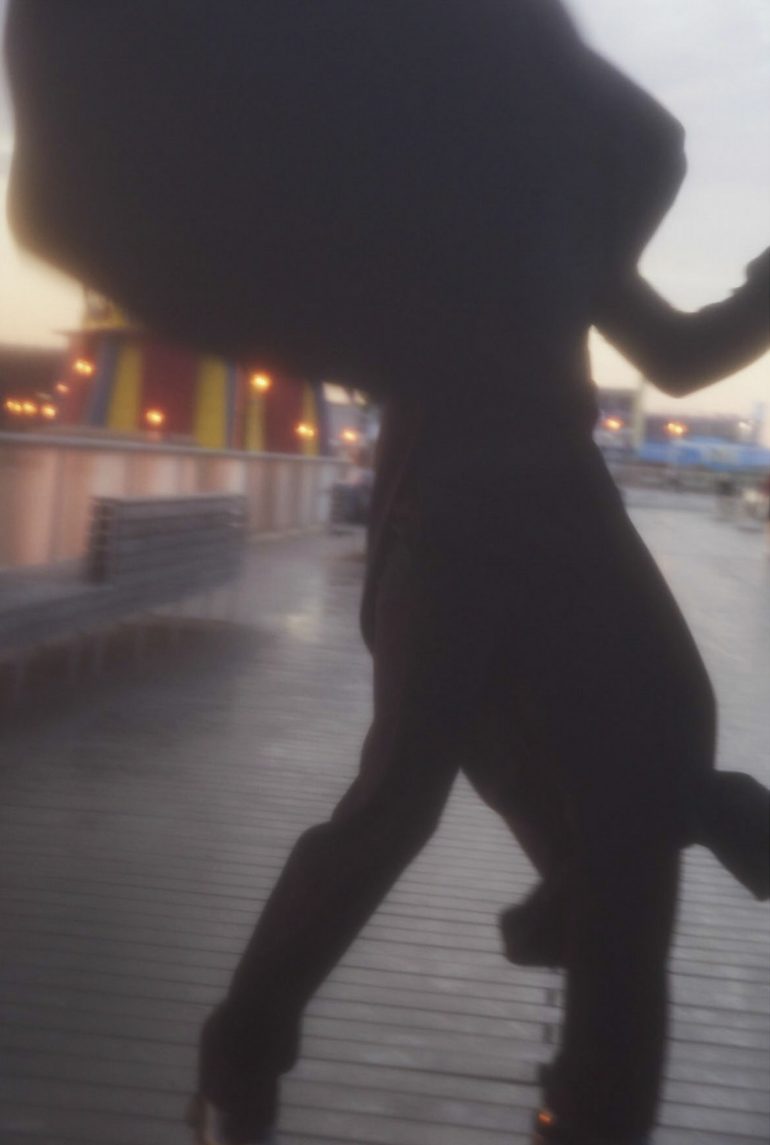 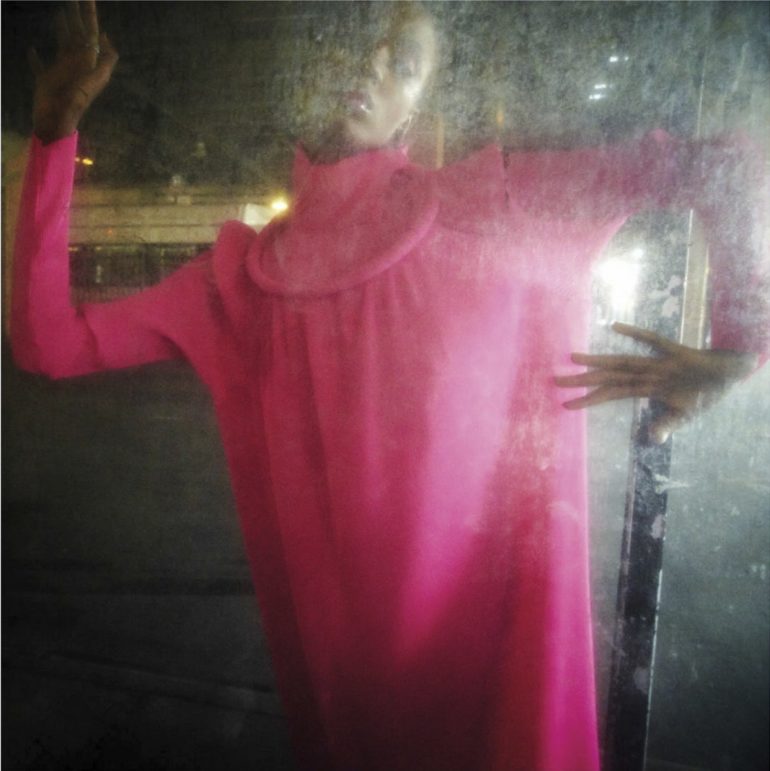 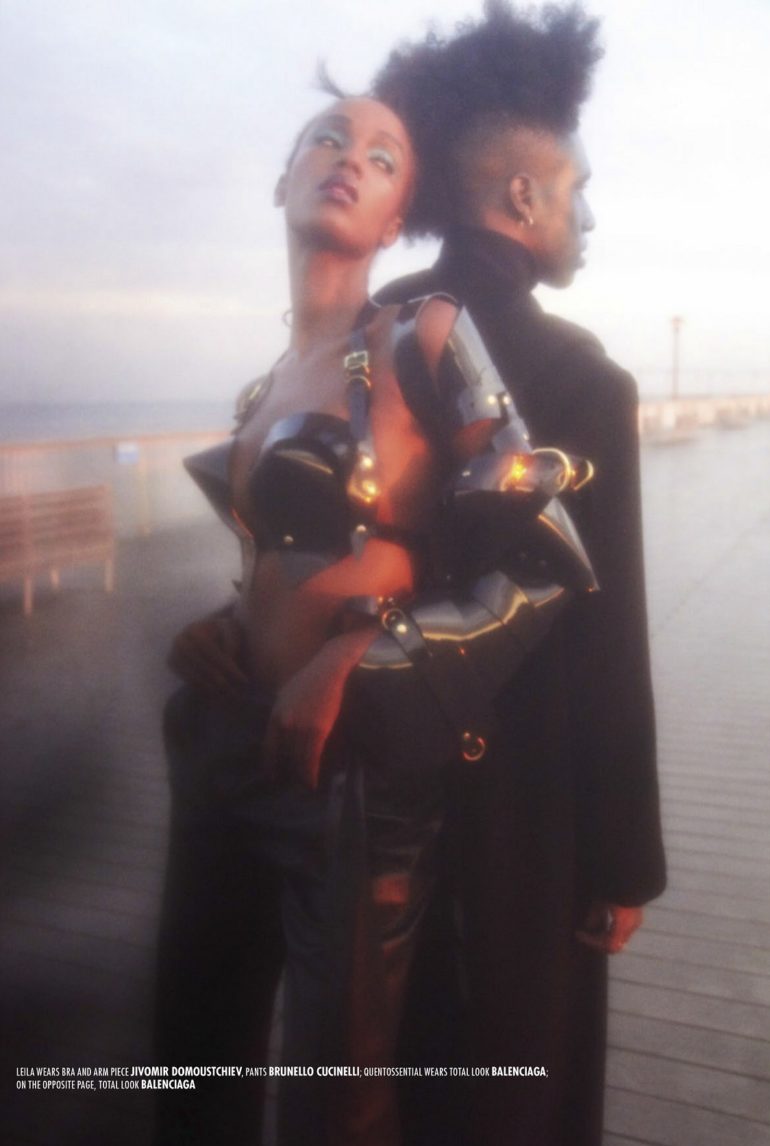 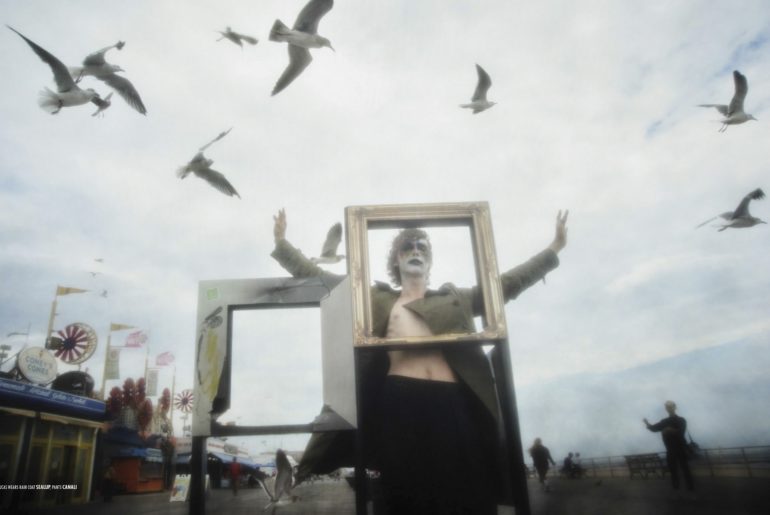 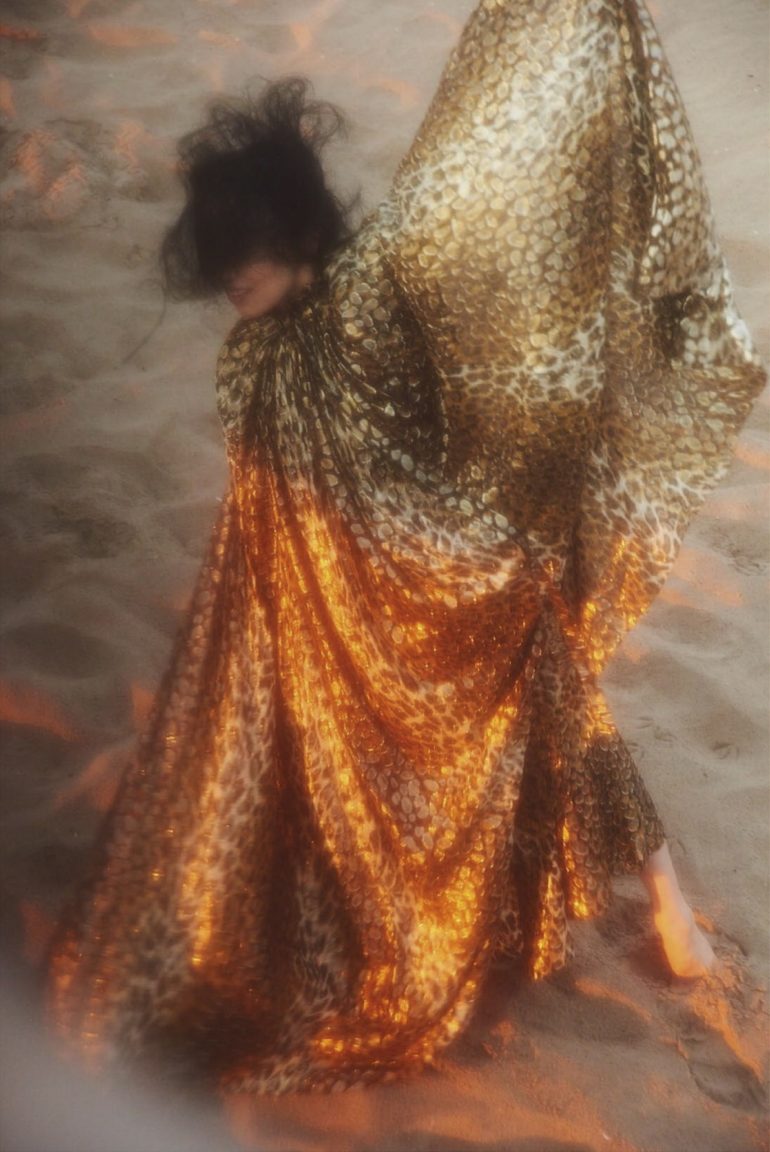 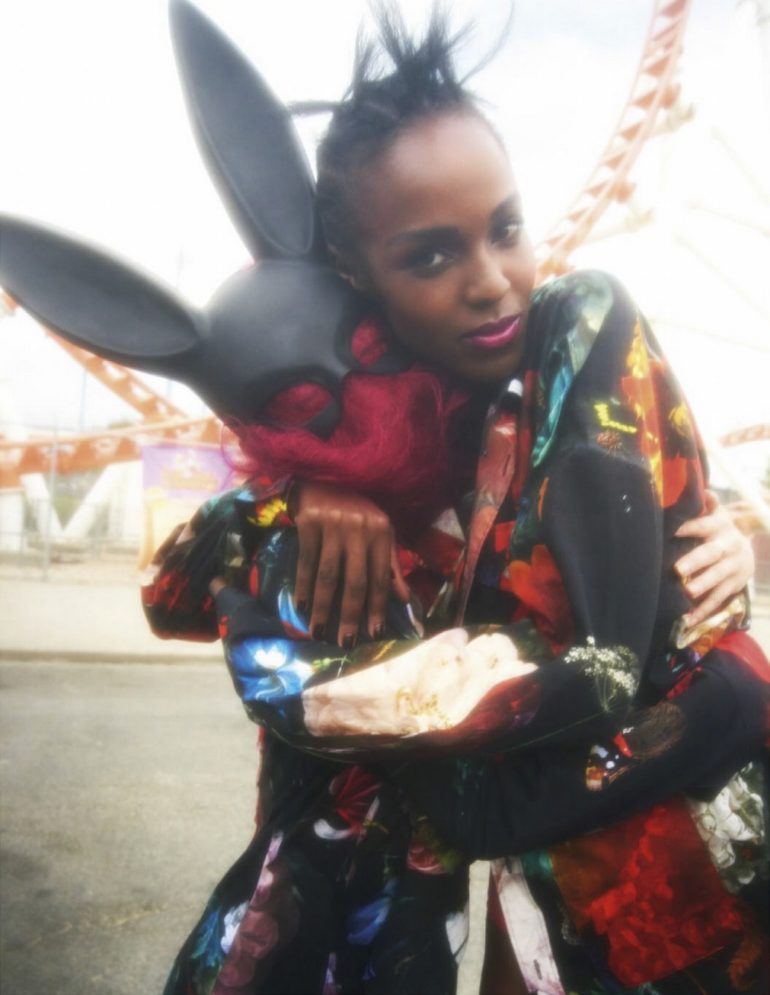 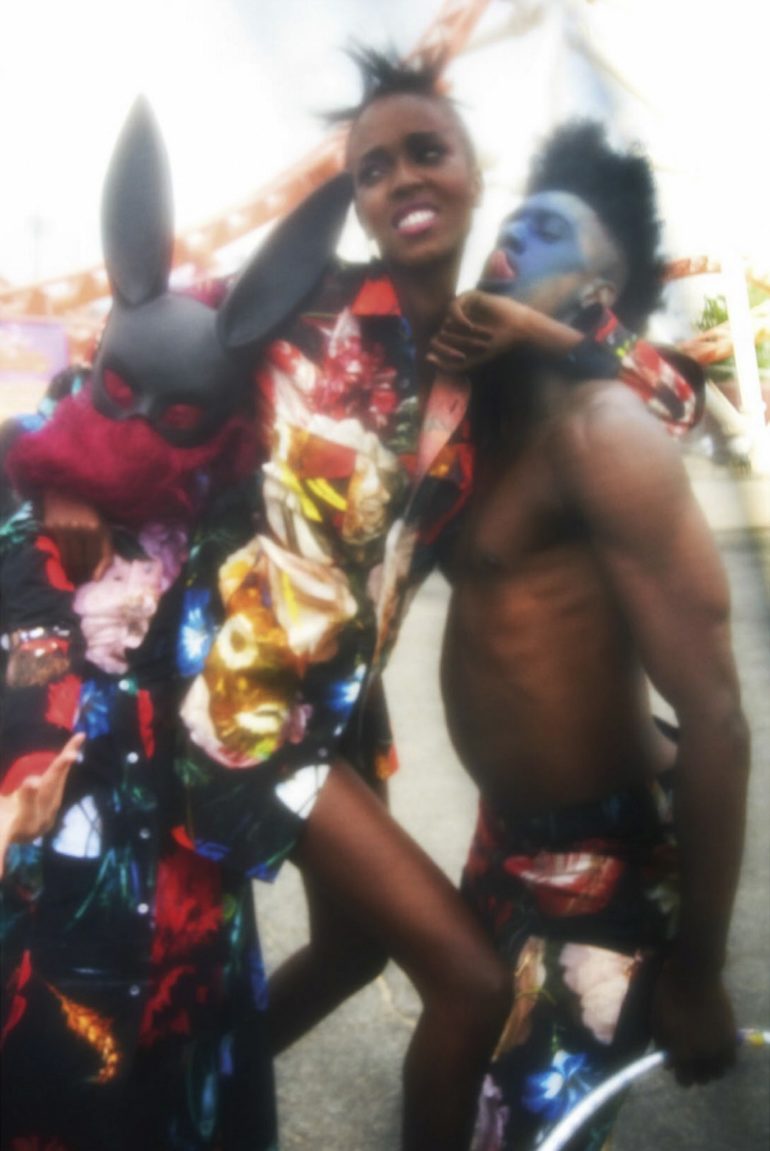 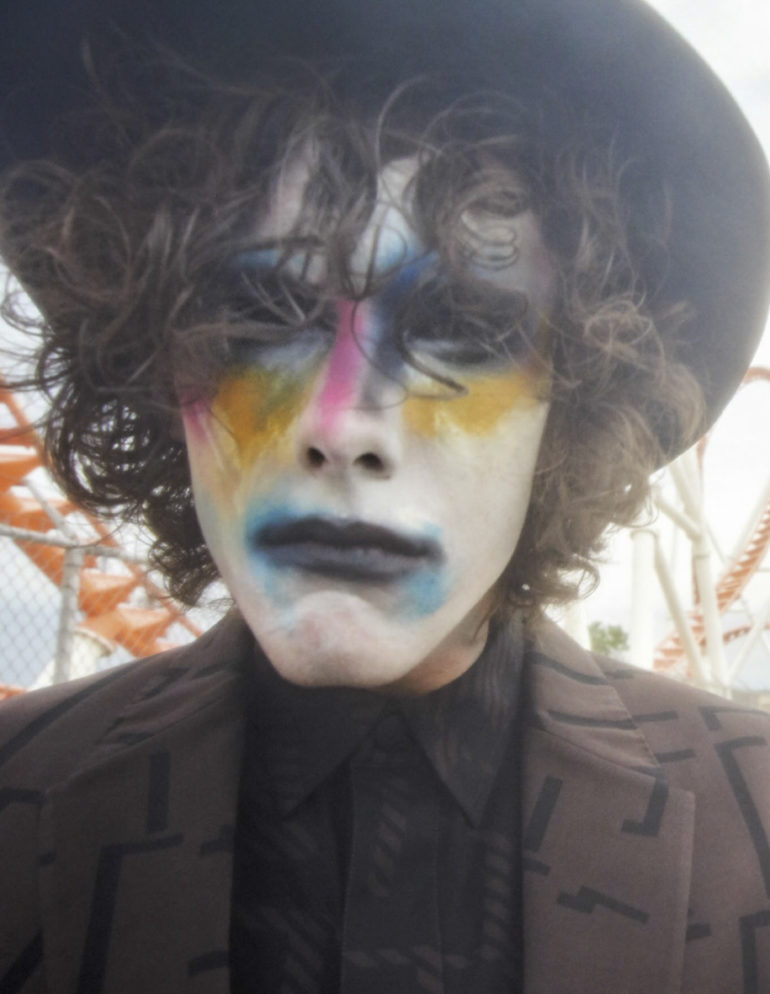 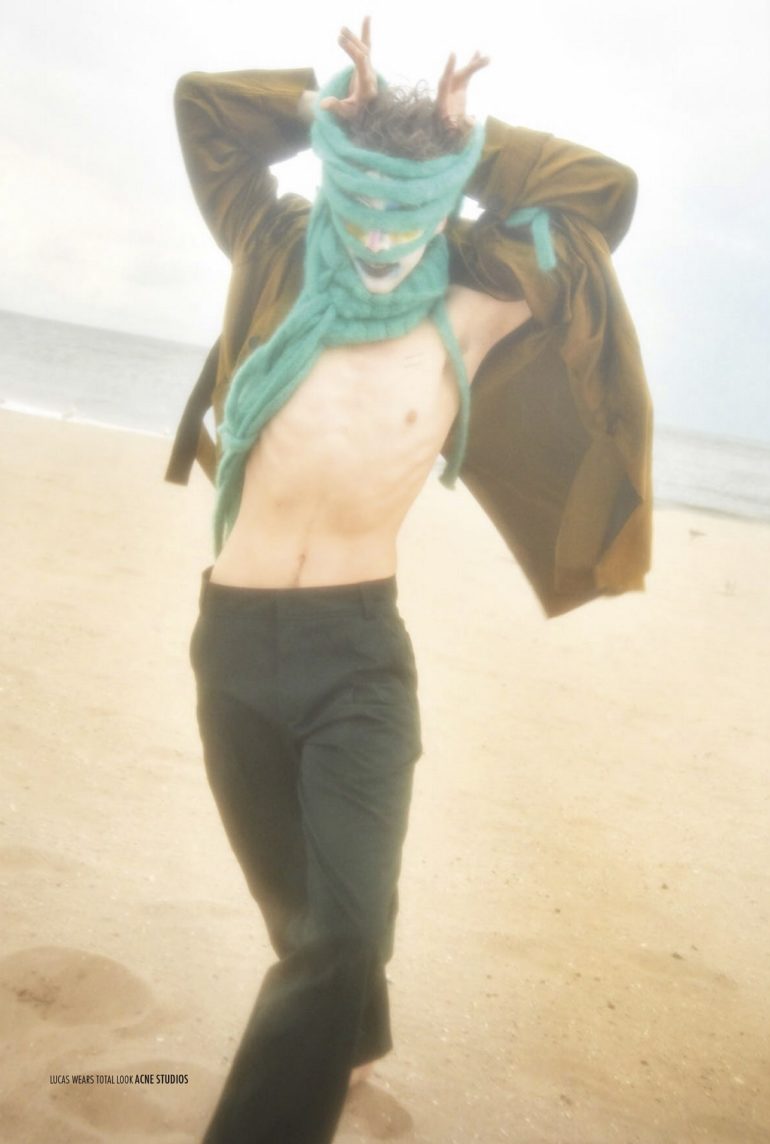 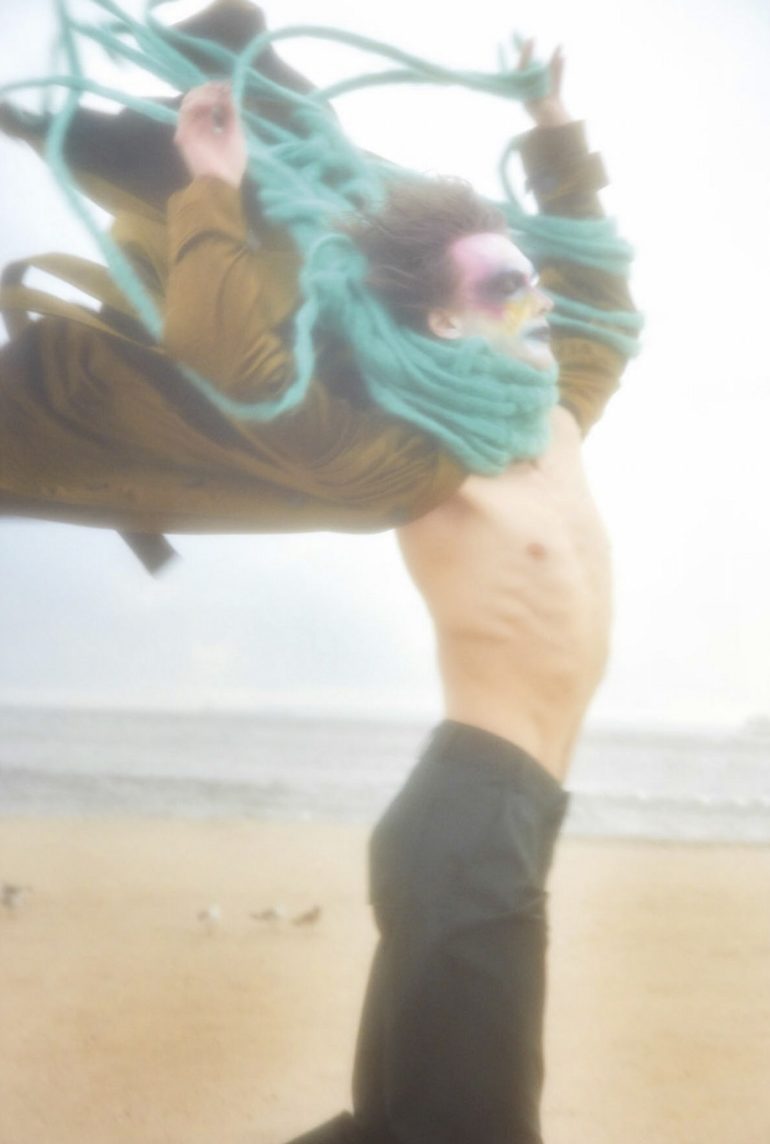 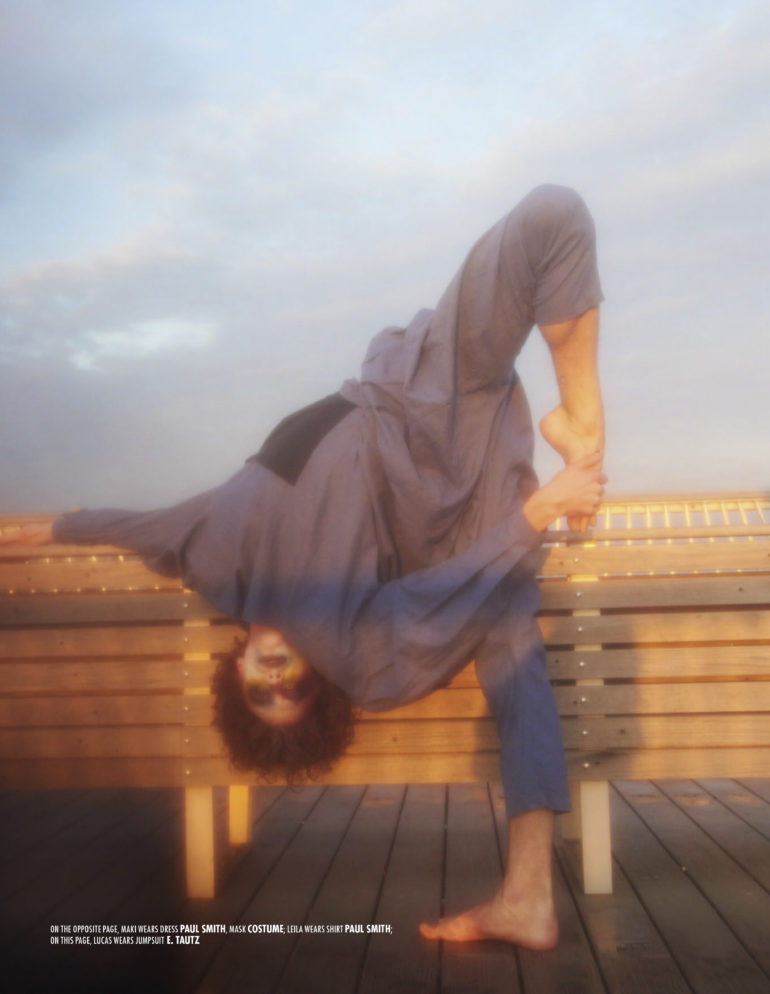 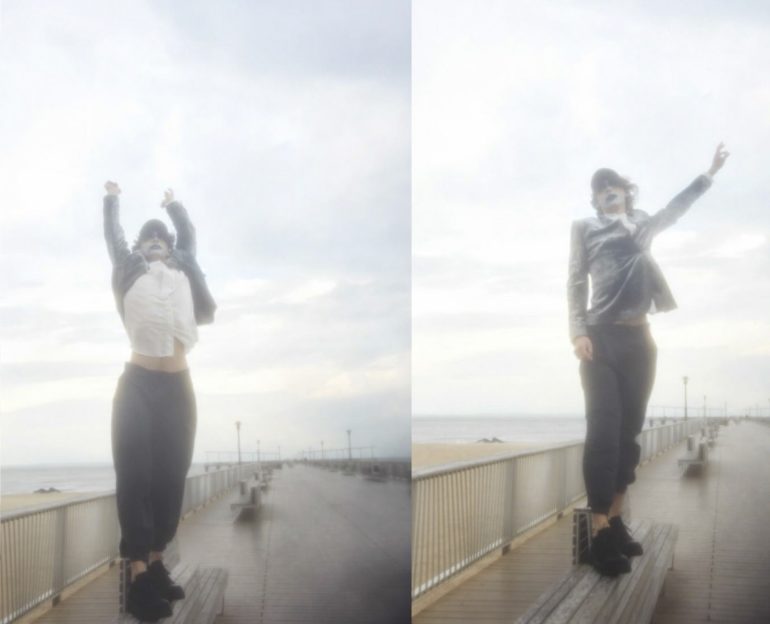 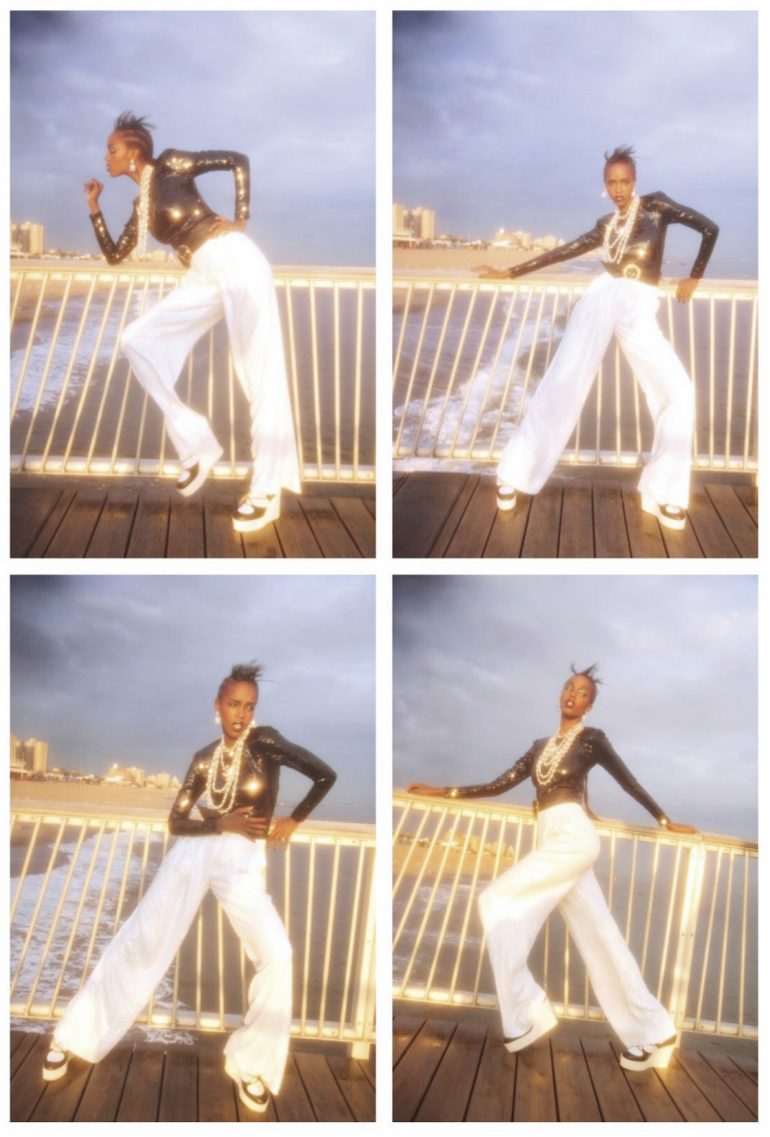 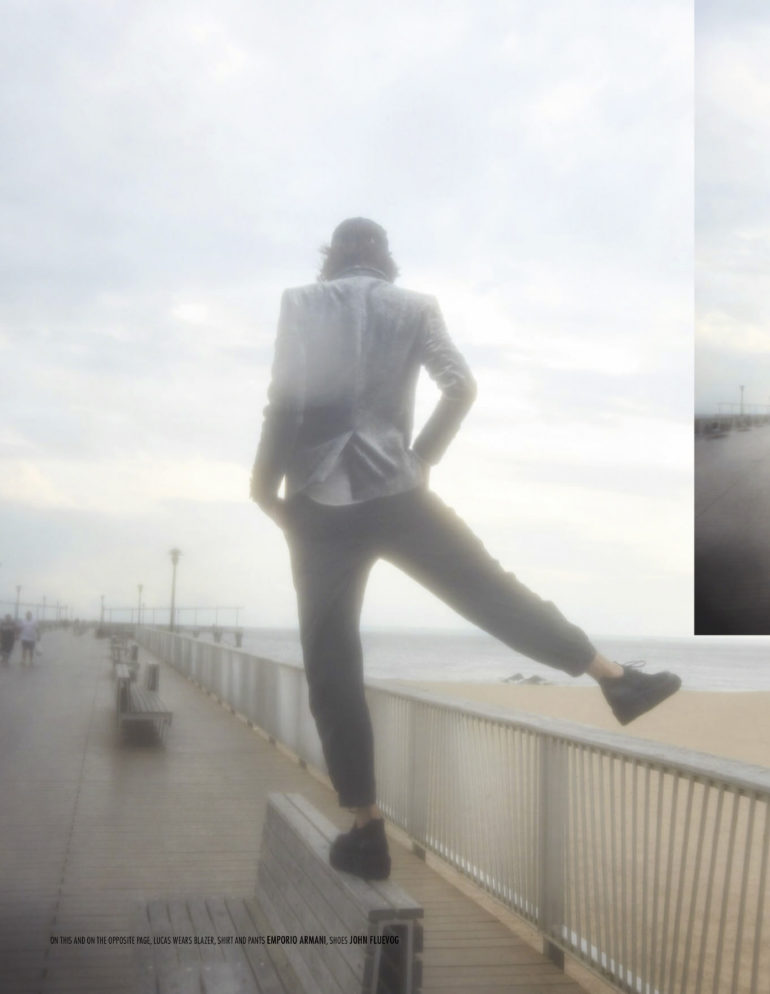 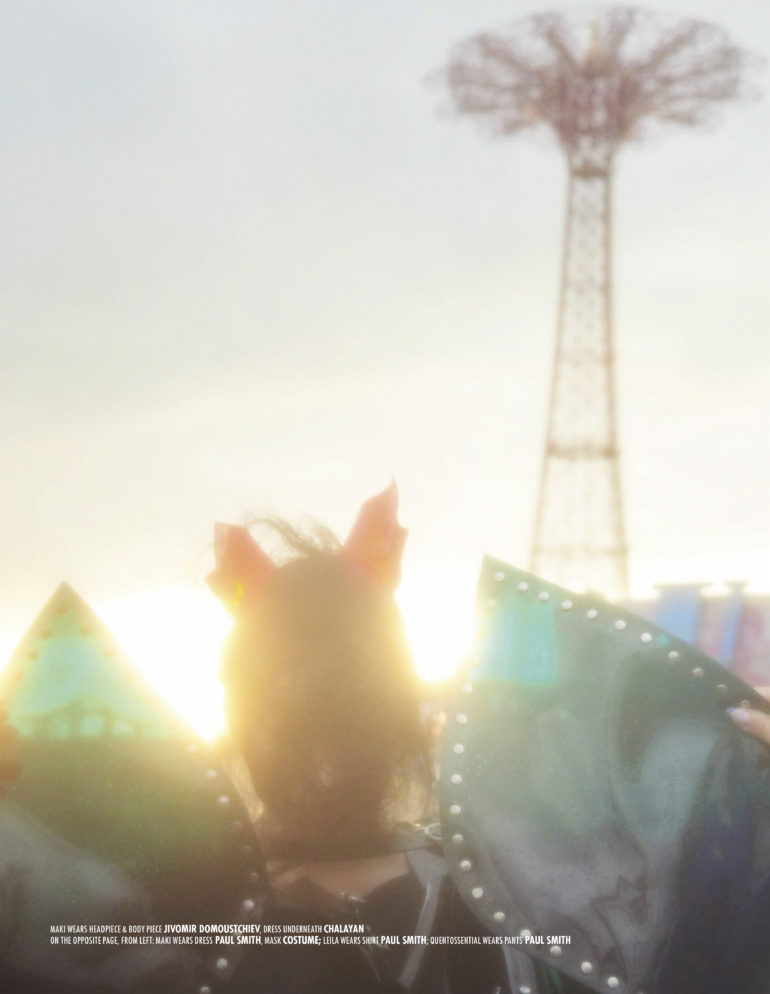 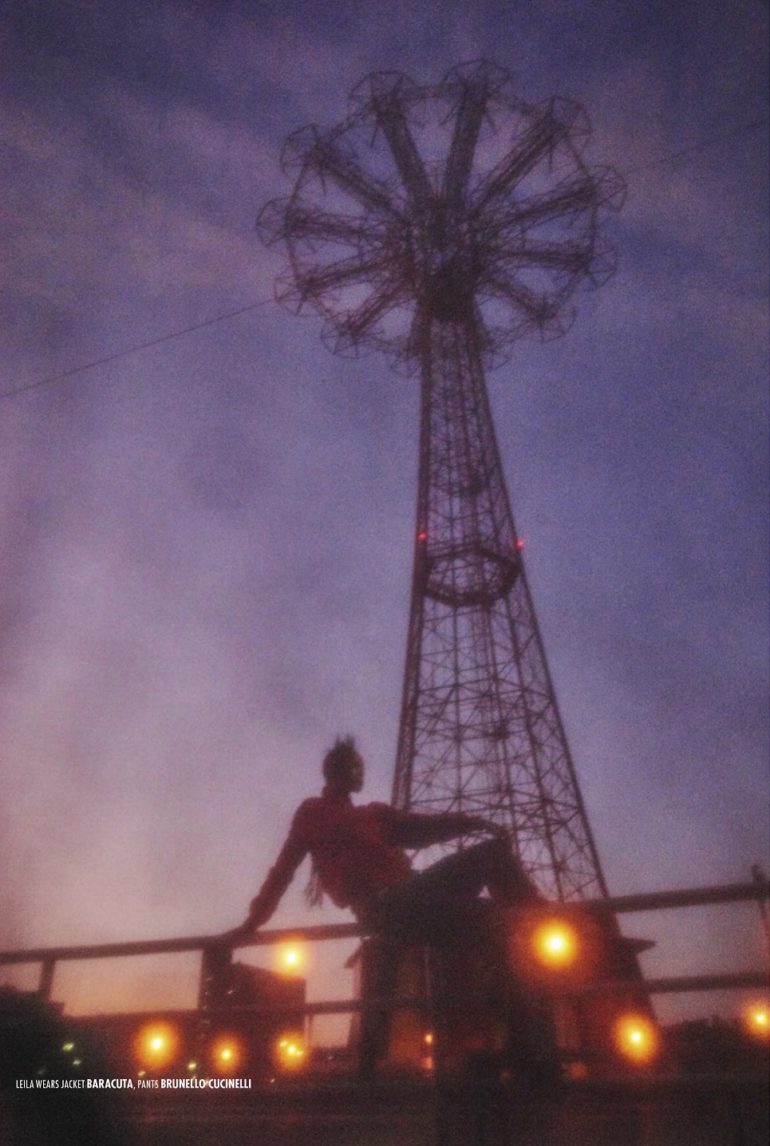 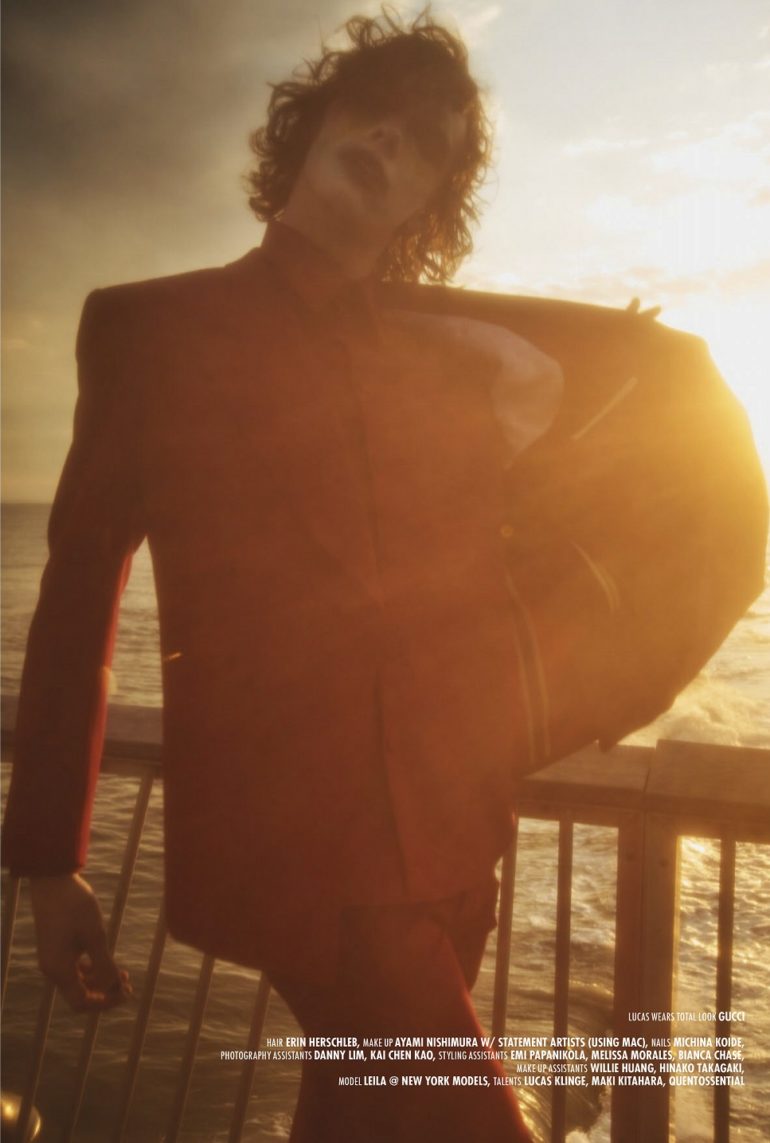 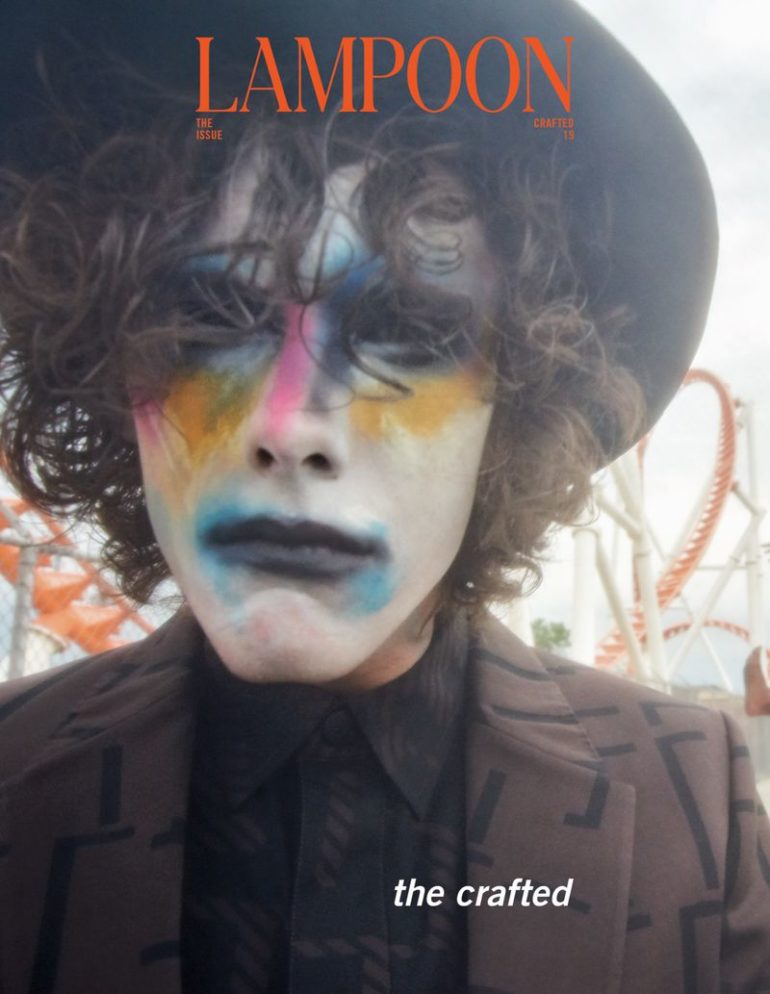 Jazzelle Reaches Out to Find Strength of Her Own Hand

'To Be Resilient' I Am Spirit Created... I Am Mother Earth