Grace Bol becomes one with her surroundings by Jason Kim for Slimi Magazine Culture Issue. Bol’s uncommon beauty breaks by dawn and sets by dusk, as we experience her calming nature saturate each page. Each shot connected to the earth through the power of her personal energy. Her arms extend out like an angelic figure in waiting. She is a picture of pure poetry… a creature of creativity. The bright light touches the high points of her face, acting like a photo-enhancement. The result is exquisite. Powerfully placed, she stands like a Goddess Divine as the sand pours through her hands like mystical crystals. Ignite the light and be forever bright… that is the dream that lives in the extreme.

Light bounces of her skin like so much silk spinning into infinite. Her bare brows allow her eyes to ignite with purity and passion, while the bones of her face create a kind of neo-reflection of self. I don’t know how to explain my reaction to her physical appearance. It’s as if I’ve been lifted from my small space in the world and taken to a place of purity. Giving me a chance to reflect on the cinema of Bol’s beauty, and the future of female. She’s an angelic figure that fascinates the senses. It’s all in my mind but that can be the best kind… for it’s when I do fly to the outskirts of time. Daniel Edley understands the concept of second skin. Using Bol’s beautiful body to enhance the curves of true creativity. He embraces the organic elements, allowing high design to be used as a point of connection rather than one of obsession.

Honored to raise my mind to this occasion. I am moved by the auspice of enterprise. The ongoing effort we engage in to expand the collective mind. It is, after-all, the very effort that makes the movement one of distinction. A deliberate distinction devised to distinguish truth. Discovering that which is truly good from the absence of such, makes this action a virtuous undertaking. In a world so thoroughly touched by the hand of triumph, we are but merely a step away from tragedy. That’s not to say we should all engage in the waiting game of calamity, or languish in the luck of triumph. Instead, I am inspired to embrace the whole of humanity. To understand I am not purely good, or conversely evil. Most humans live in place of pure intention. That’s to say, in our hearts we long to do the right thing without any misgivings. But, because we are but ~ Beautifully Human ~ we must expect our intentions to sometimes fall short. A truth that is but an offering of learned opportunity. A chance to explore our limits and expand our minds.

Tone and texture take us to another place as tactile pleasure punctuates the page. Inspired by her surroundings we watch this angelic creature make way to higher ground. Fabrics fuse in a mindful ruse as all things culminate in a mental muse. Shades of black fill the page as designs merge in a subtle haze. Art erupts in a delicious daze as this is high fashion in a rightful rage. One shade in many amalgamations gives this story a sense of depth. Shapes converge and resettle, thereby transforming without redefining. Grace becomes her environment, as we are meant to view these two as one. A symphony of style and self takes place as this spiritual moment takes us out of our place. To a world beyond is where we shall go, where sands falls like rain and in a curvaceous overflow.

I’ve always been drawn to Jason Kim’s ability to rise to the moment. His works ask that we go beyond the typical zone of comfort, whereby we return with depth and dimension. The supple nature of her indelible skin-tone strikes the eyes with the fire of a million sparks. Hers is a deep beauty. One that holds many secrets. The softness emanates from her being, inviting a touch, but her mouth says no without moving her lips. Her tongue is strong… it is sweet… she is quiet but never weak. Her boldness is not brandished by the sway of her hips, nor is it told in the burning of her lips. Hers is a tale of truth one that must be holey traversed. A Warrior Queen a Spirit Machine. She can’t be accessed from the outside, one must make the trip into the beautiful being that is Grace Bol.

Upon these Lands
Sweet with Soil
I Bare the Well
Of Truth to Toil
Stars and Sand
Spirit and Sky
All One Being
Forever You… Forever I
Do the Come In Silent Way Out the Push To Vow the Day
We Come from the River
We’re Part of the Sea
Spirits United
You, Me and WE
We are Here to Run
Under the Sun
We Are…
WOMEN WARRIORS
When We End
We’ve Merely Begun 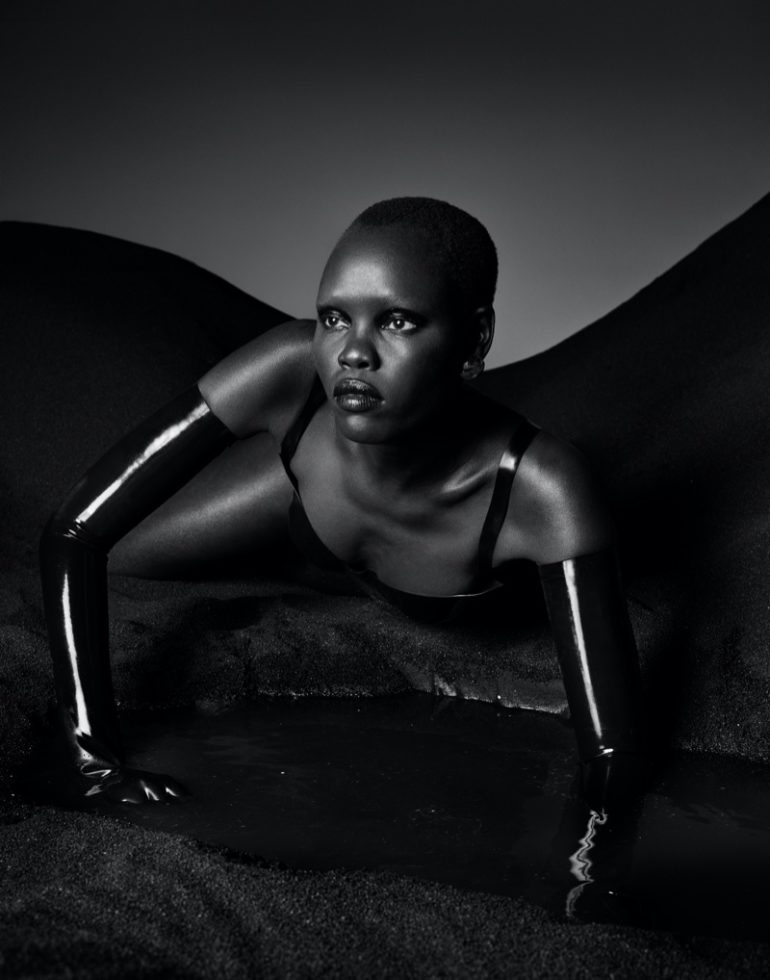 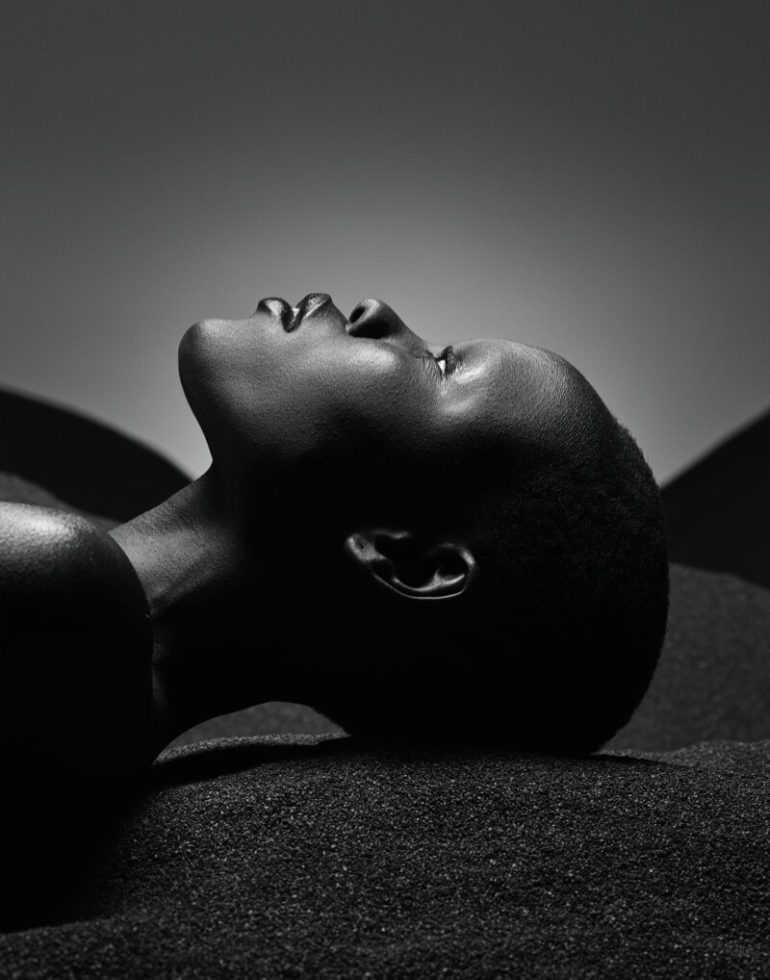 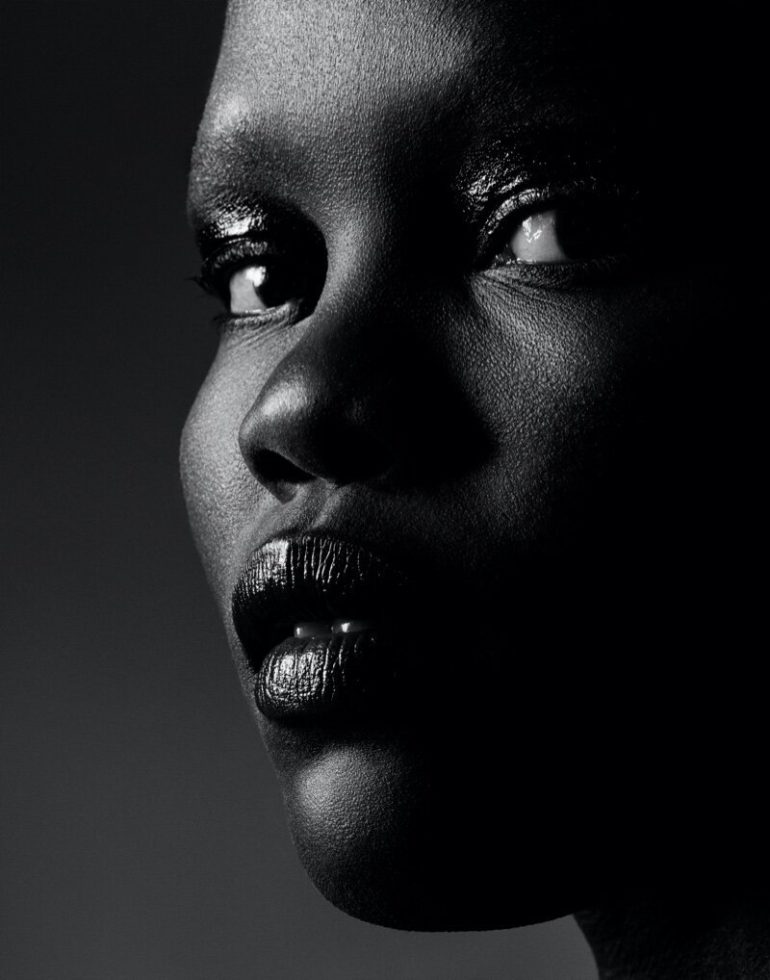 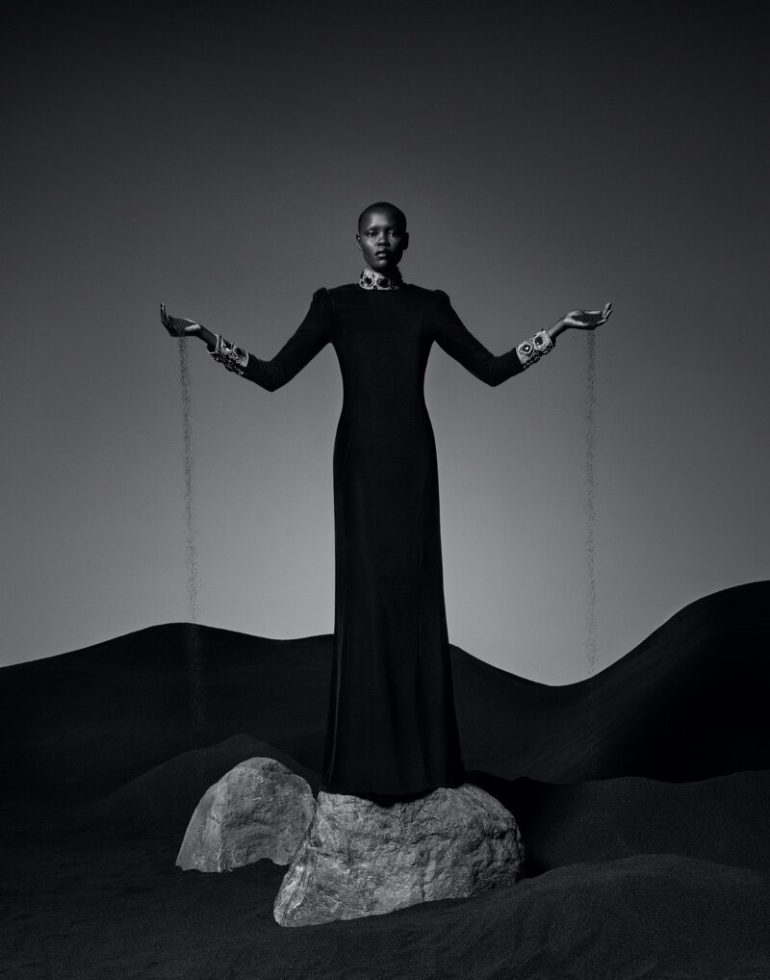 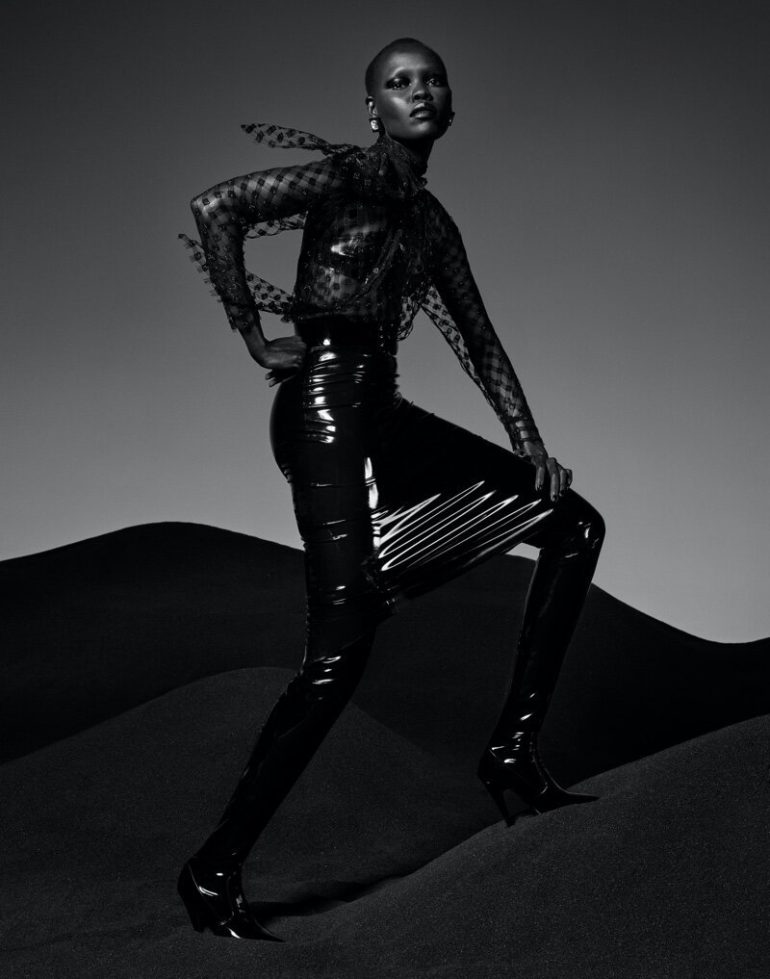 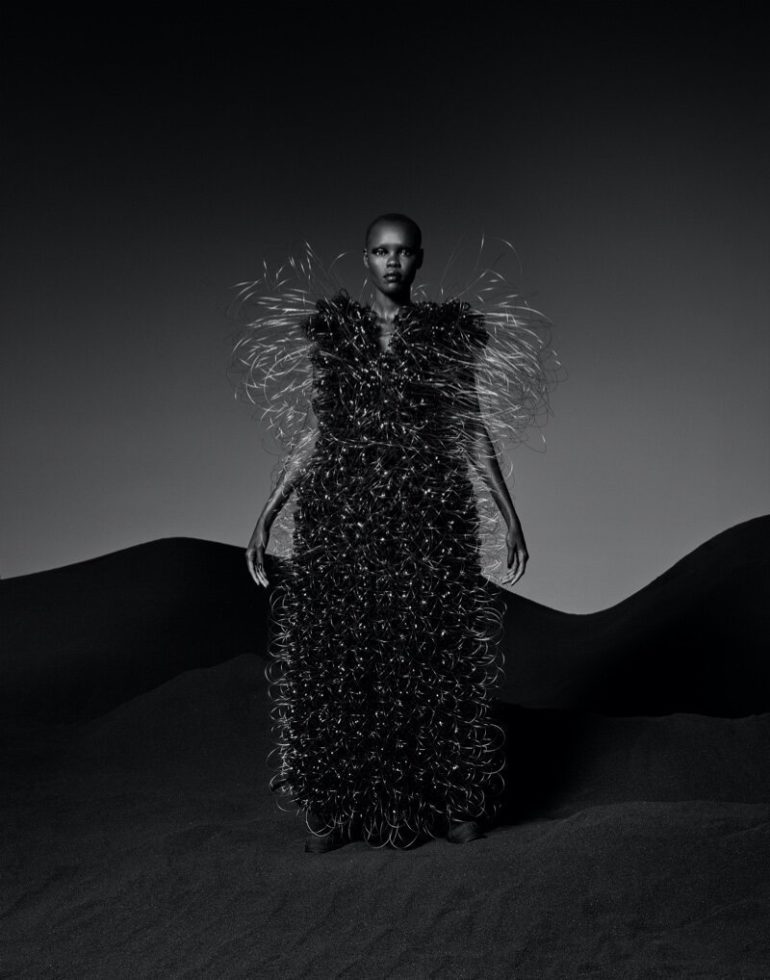 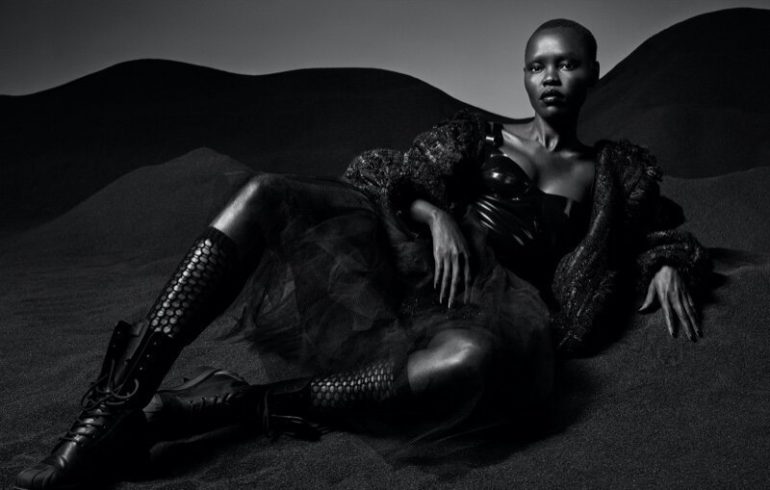 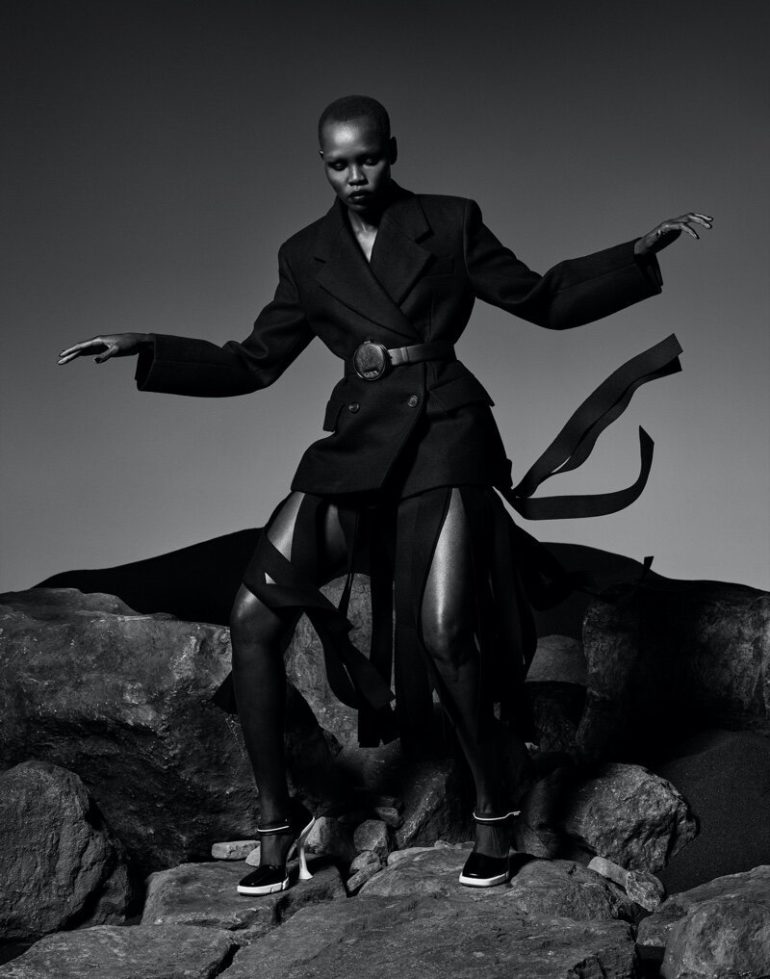 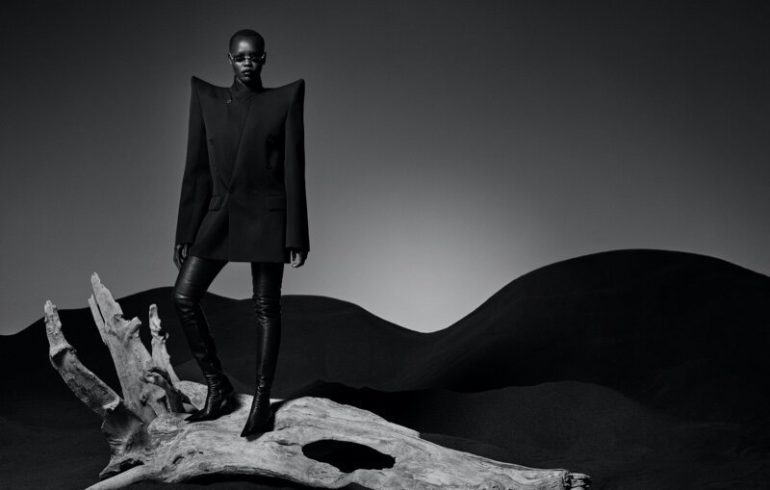 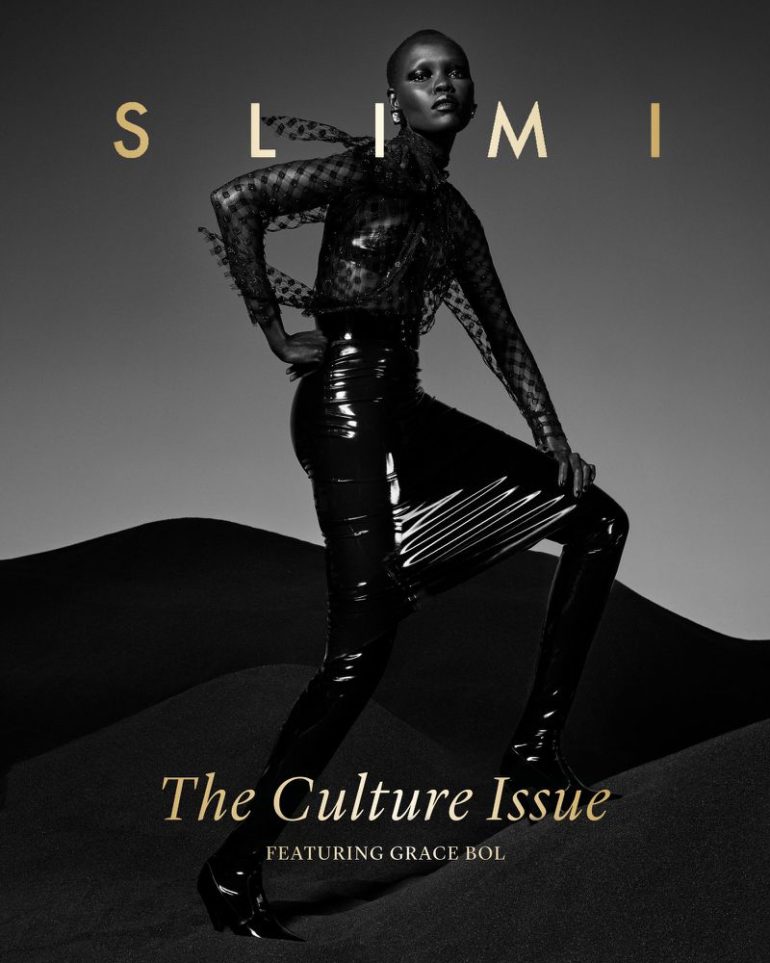