Somewhere Beyond Fab is Balmain.  And somewhere in my dreams is me wearing the Super-Chic Silver-Mini, and later changing into one of the other outfits for some late night Crime-Fighting (as this is my version of “Super-Woman’s” perfect outfit).  I get such a Balmain-Buzz I can hardly stand it.  So I hereby lay down my formal declaration that Balmain is one of my top 3 Designers – I am Completely Obsessed With this Collection, and I’m inspired every time I look at a new piece.

Check-out this fabulous designer – that I’ve only just learned about – Alexandre Vauthier.  Showing at this year’s Couture Shows, Trendland.net has a unique behind-the-scenes look at the chaotic fashion-frenzy.  I love the mix of structure and flowing fabric in his pieces, and the vibrancy of his colors are rich/dynamic.

In this Beautiful Couture-Creation we saw images that were somewhere between the Abstract world of Alexander McQueen, and a kind-of mystical “Under Water” Dreamscape.  Iris Van Herpen dazzled at Berlin Fashion Week – offering superior structure and one-of-a-kind pieces that screamed High-Fashion.  I absolutely loved the mix of fantasy/fashion, it’s what differentiates the RTW Runway from Couture.

Couture Week in Paris is a fashion lovers dream, it’s what separates the consumers from the connoisseurs.  I love the “Art of Fashion” and nowhere is that passion more fulfilled than when watching Haute Couture Runway.  By it’s very nature “Couture” is meant to be uniquely delicious/controversial, and more importantly it’s meant to break barriers. 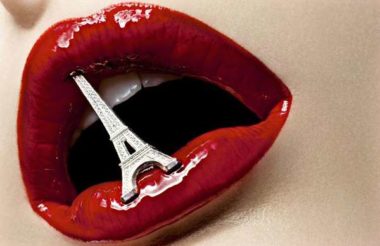 With some of the most Avant-Garde, forward thinking designers, Couture Fashion Week is true Fashion-Theater.  Below some of the pieces from Alexis Mabille’s Fall 2011 Couture Collection, that could have been called Feathers & Fur.  Another Designer creating a fantasy of Animal-Magnetism, and for better of worse it’s meant to be controversial and thought provoking (or at the very least a feast for the eyes).

I was lovin’ the Dangerous-Dominatrix vibe Chanel brought to the Runway for Couture Fashion Week.  What greater juxtaposition to the buttoned up traditional Chanel look, than a little lace mask placed over the model’s eyes, for their 2011 Chanel Couture Collection.  It was definitely danger – with a wink – but it still felt a little delicious. And by the time I saw the Perfect-Pink they paraded down the runway, I was drinkin’ the Chanel Kool-aid, and completely taken-in by the “Fashion-Fantasy.” I just found it a fun depart for this Fashion House.

Nothing is Chicer than Black/White during the Summer months.  I don’t know if it’s the ultimate juxtaposition to the normal image of floral prints that makes it so thrilling, but these Michael Kors slit-to-there beautiful ensembles make me want to give up color all together.

So if you’re ready to go for it, then take a page out of the Kors Fall 2011 Handbook, and get ready to bare a little skin.

Just try and look at Giles 2011 Spring Line-up and not smile – go ahead – I dare ya.  It’s just one of those Collections that has some inherent joy sewn into the fabric.  This kitschy mish-mash of fun/flirty clothes have references from the 40’s-90’s, with inspiration coming from all directions (including a kooky homage to video game icon Pacman).

This year’s CFDA Fashion Awards (Council of Fashion Designer of America) Nominees was an exciting mix of the industry’s most innovative/talented designers.  And I’m happy to say that the winners were among my favorite artists, and have all been highlighted in Fashioncow’s “Haute4Runway” Category.

I am mesmorized by Roksanda Ilincic’s Fall 2011 RTW Collection.  It’s the perfect alternative to the “Hippi-Chic” 70’s Bohemian Princess. I’m all over the 70’s vibe this Summer – already on the look-out for a vintage suede fringe jacket, and various denim pieces (including vests, shorts, and jackets).  I plan to squeeze-the-life out of this trend over the next few months, channeling the “Flower Child” 60’s Hippi, all the way to the decadent-sophistacated 70’s YSL “Disco-Hippi.”

In an effort to master the latter, these pieces from Roksanda Ilincic’s Collection provide richly-sumptuous examples of that 70’s “Warhol-Chick”, with the long, lean lines of a decade dedicated to overt decadence.

These aren’t your mamma’s shorts.  This season the Punk-Trend has taken things to a new level. Moving beyond the leather leggings and ripped jeans, the designers that infused “Punk-Chic” into their Spring 2011 Collections’, added some much needed versatility and diversity to this ever-evolving look that always finds it’s way back to the runway.

During the Spring 2011 Shows, Balmain (below) was definitely the “Leader” of this particular Punk-Movement, but many designers got down/dirty with a little punk-rock edge of their own. 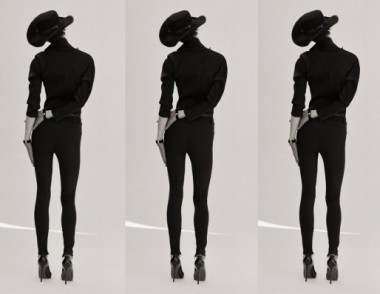 Don’t Turn Your Back on Spring Trends

This Season isn’t all about bright colors.  Punk Chic – made it’s mark on the Runway with designers like Balmain Spring 2011, and I’m lovin’ it.  These images of Anya Rubick above (via fashiongonerogue.com) capture the spirit of this trend perfectly.  Josh Olin’s shots of Anya (from June’s Issue of Nippon Magazine) show the fabulous angst-filled passion that this trend is born-from, reflecting the rebellious spirit of this movement – and showing why were are all still drawn to updated version of these looks.