Posts in the MODELS Category 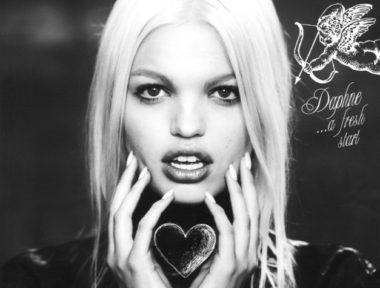 Daphne Groenveld gets ‘A Fresh Start’ in Mariano Vivanco’s dark, romantic cover/editorial for the September issue of Muse Magazine.  Wearing a variety of modern looks ranging from hipster-chic to evening-cool, the platinum beauty captures the carefree vibe of youth, by mixing high/low fashion with a rebellious edge. 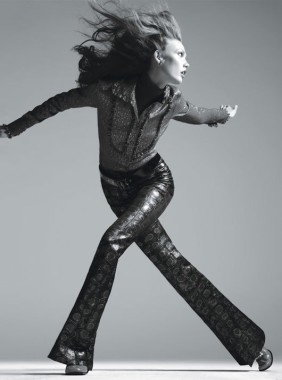 A trained dancer, one gets the sense that this amazing model will always be a ballerina first.  And in the July issue of W Magazine we see her contortion style posing take center stage for famed photographer, Steven Meisel.  With limbs that seem to span eternity, Karlie Kloss learned to deal with her stunning height (she comes in at 6’1″) by becoming efficient in the art of control. 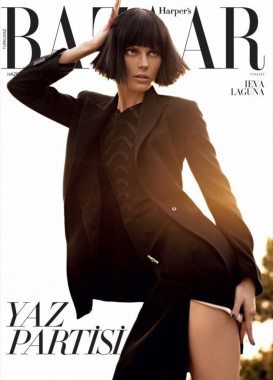 Koray Birand does it again.  With his brilliant take on the 1920’s, he devours the decades most appealing contributions, then chews it up & “spits-out” a fully reconstituted jazz-age look.  So spectacular it earned 3 covers, Harper’s Bazaar Turkey features the “age-appropriate” Ieva Laguna – who brings all the brilliance of that era to life – in the June 2012 issue. 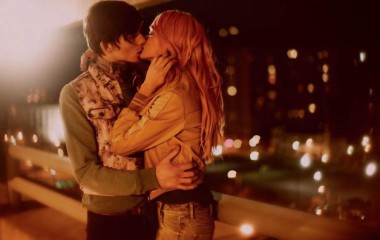 Finding her way through the cult-fashions of 80’s underground rock, Lindsay Ellingson portrays a girl lost in the “heart-beat of the city,” in Guy Aroch’ “Love Story,” for the May Issue of Interview Russia.  Paired with Victor Leclerc, the “Victoria’s Secret” model loses her wings, for a shoot that has her exploring the seedier side of life, and the beauty of the urban “under-belly.”  Punk-inspired pink locks and vintage-style fashion, is illuminated under the artistic direction of prolific photographer, Guy Aroch. 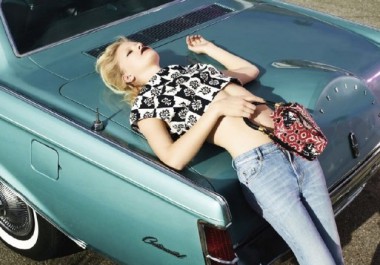 There are certain quintessential “editorial-moments” that capture our imagination so completely, they seem to formally usher in the era of a new fashion season.  In all it’s techni-colored glory, Simon Burstall’s “Pop Power” is one of those layouts.  Published in the March issue of Elle France, this dynamic two-part editorial series, highlights Spring’s coolest trends, with a focus on this year’s vibrant variety of stylish accessories. 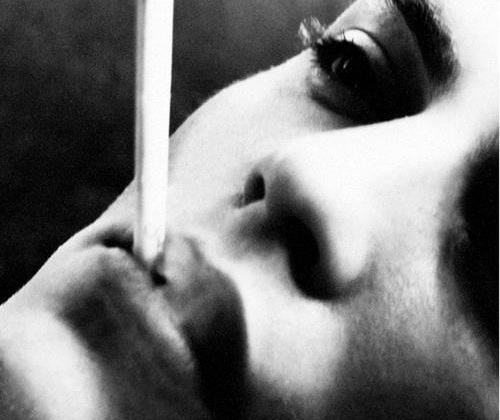 From Commercial to Avant-Garde, this amazing model is breaking barriers on a global level in 2012.  Front and center at Spring Fashion Week 2012, Andrej Pejic was one of the stars of Jean-Paul Gaultier’s show, stomping right along side some of the most beautiful female models in the world –  including Karlie Kloss & Aline Weber. I love that he is continuing to do edgy work, as well as taking on more commercial clients.

Leave it to Mario Testino to give us a High-Fashion Girl Fight so edgy & glamorous, it makes me want to get my sexy-chic warrior-garb on and jump in the “ring.”  Adriana Lima & Doutzen Kroes shows-up/shows-out for the “Sports” issue of V Magazine.  In leather & lingerie, these heavenly creatures are far from being “Angels” in this high-octane, scorching layout. 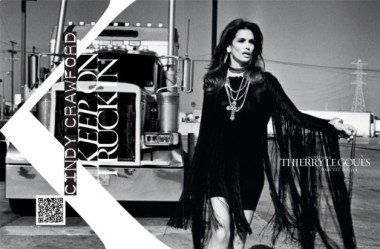 In this spirited “Glam-Romp” we take a trip down memory-lane back to the days when Super-Models reigned Supreme.  the 10th Anniversary-Cover of French Revue de Modes gives us a slice of vintage “Cindy Crawford” in all her truck-stop glory.  Everything about this layout screams “Pepsi” circa ’95, when Cindy’s famed Pepsi commercial ran.

From back in the heyday of the Super-Models, Christy Turlington reigned supreme as the exotic stunner that graced every magazine cover imaginable and, of course, “never getting out of bed for less that $10,000.” Currently married to actor/director Edward Burns, she still has a few lucrative endorsement deals including “Cover-Girl,” but has been more focused on Yoga & Mommyhood the last few years.

Frances Bean Cobain has been inching her way into the “Public-Consciousness”, first with images that emerged last month from the camera of famed photog, Hedi Slimane.  A distinctly edgy shoot that was anything but a “soft-introduction” to the adult off-spring of musical-phenom Kurt Cobain.  I guess we should expect nothing less from someone who’s the recipient of such unique DNA (her mother being Courtney Love from 90’s Band Hole), her “modeling” debut proved that the proverbial “apple” doesn’t fall far from the “rocker” tree. 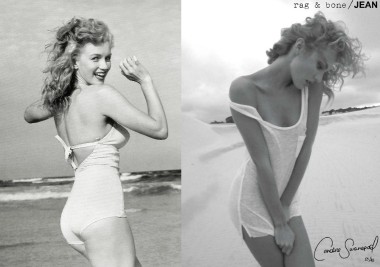 With the perfect choreography of universal-synchronicity Candice falls into shot after shot of modern-day “Marilyn-Moments”, allowing us to witness the “beautiful-collision” of time/space when all things are possible, inspiring me to bring together images that are generations apart.  I was compelled to create visual-proof of the stunning similarities with these side-by-side layouts of The Icon & The Super-Model.